A WOMAN has been filmed throwing luggage and wielding a pole at staff at an airport check-in as her little girl begged her to stop.

Shocking video shows as the traveller goes behind the desk before picking up a box to launch as the youngster cries hysterically. 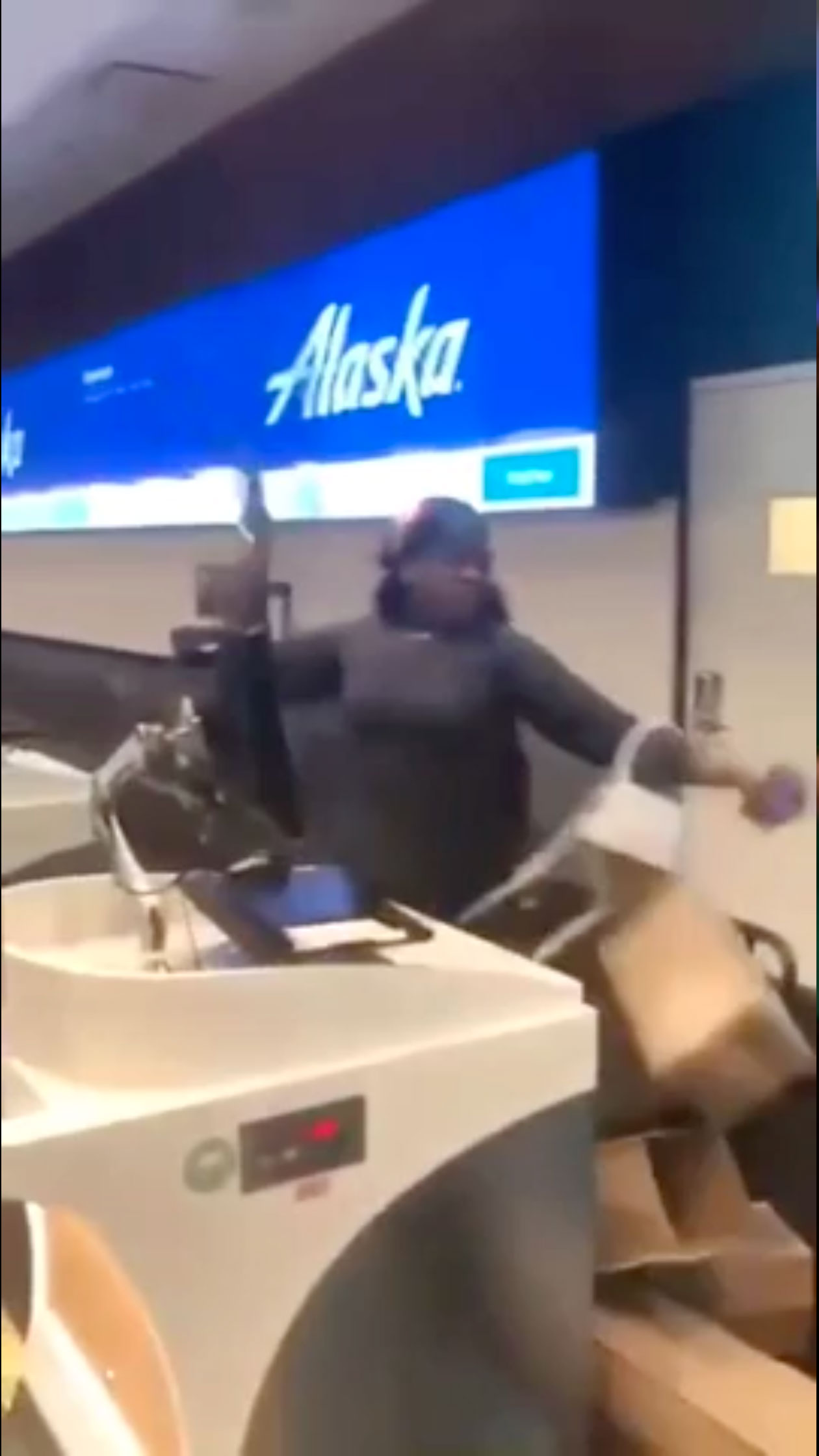 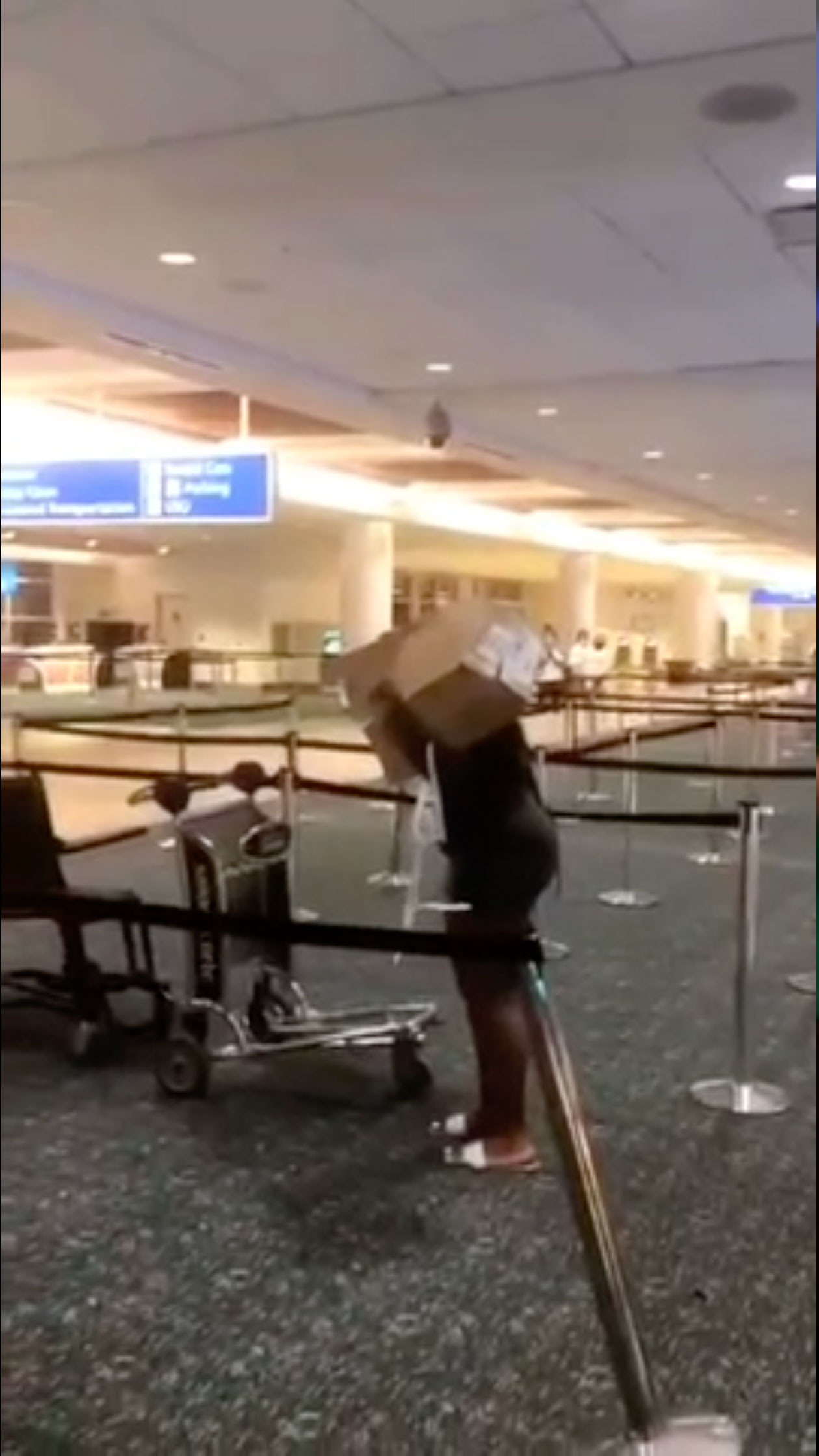 The unidentified woman then walks away with a man and the child before turning back, picking up the pole used to divide lines and running at staff.

Her little girl cries out "mommy please" as she tells staff: "F*** with me. Go ahead."

It is not known where the footage was taken or when but uploading it to Reddit on Friday, one user wrote: "Dad's friend sent him this from work. Evidently she was on the no fly list.

"This is just insane. I feel so bad for the kid though." 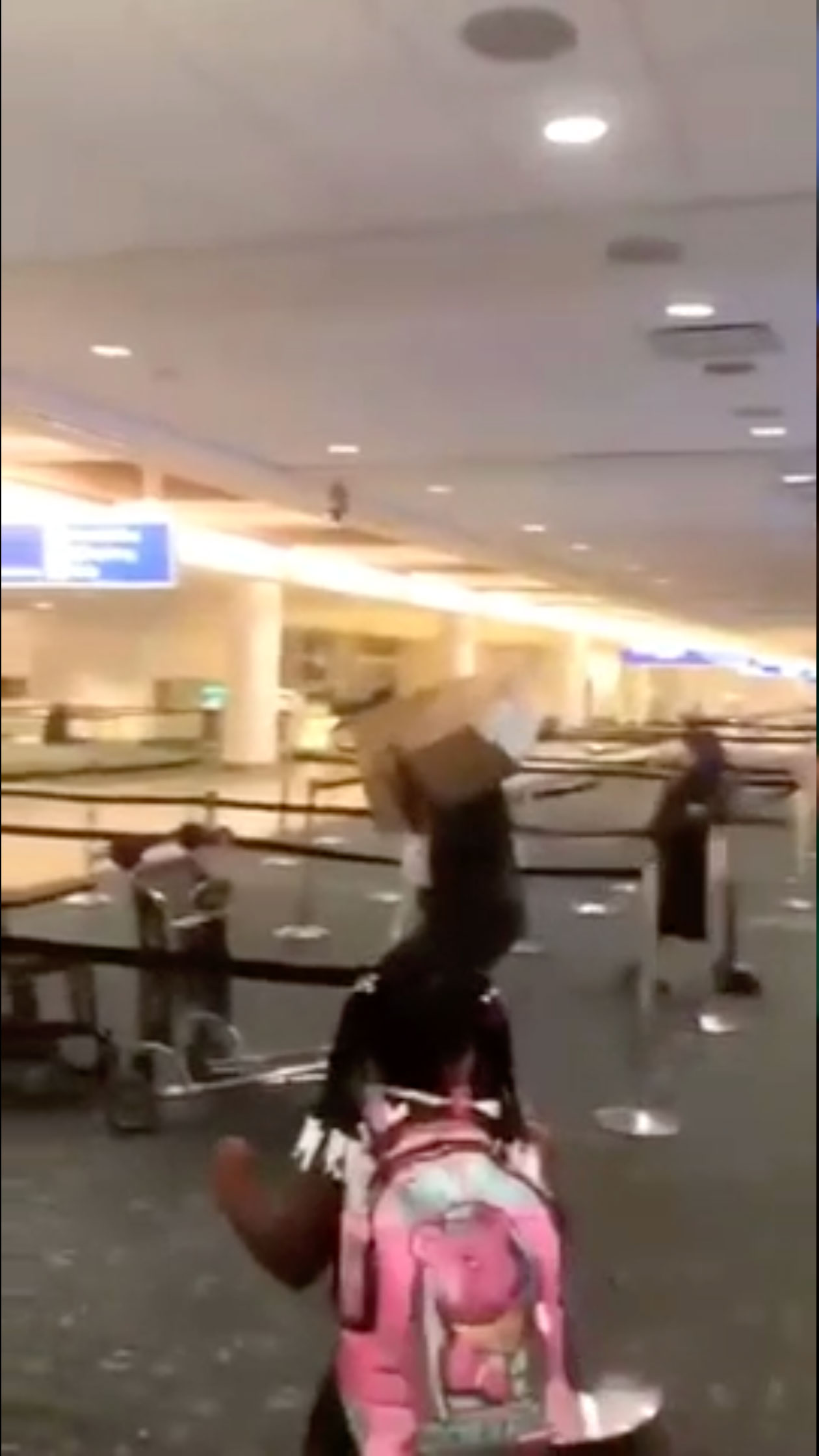 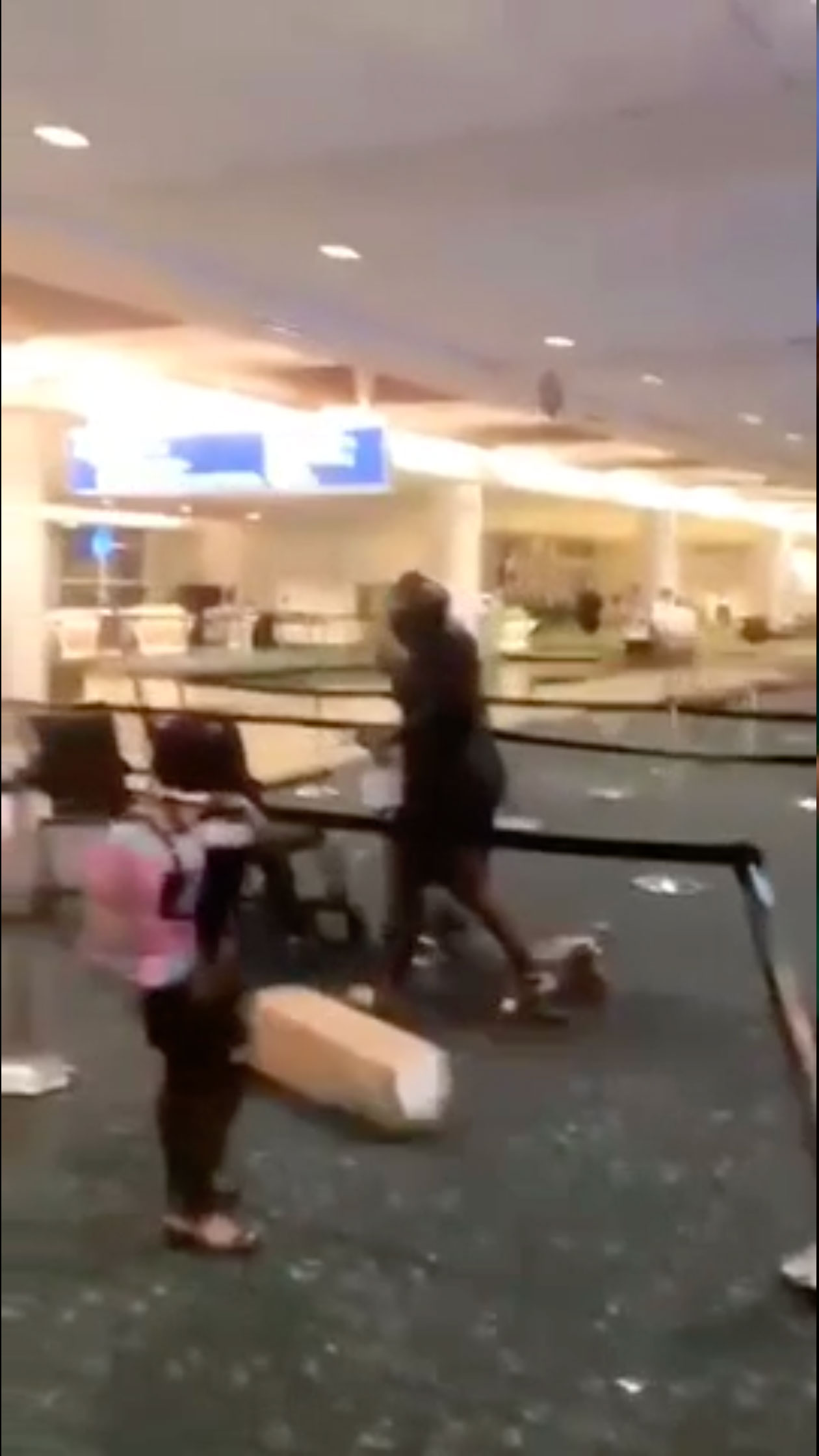 The video shows staff in masks in front of both the Frontier and Alaska airlines desks. The Sun has contacted both airlines for comment.

It is not know if the woman is on the no fly list but a TSA spokesperson told The Sun the incident did not involve them.

The clip – which has been widely shared on Reddit – begins with the woman saying: "I need my ticket for tomorrow."

She then walks away with her little girl and another man before returning and grabbing the pole.

The woman tells fleeing staff: "I'll do it."

A security guard then appears, leading her away from the scene. 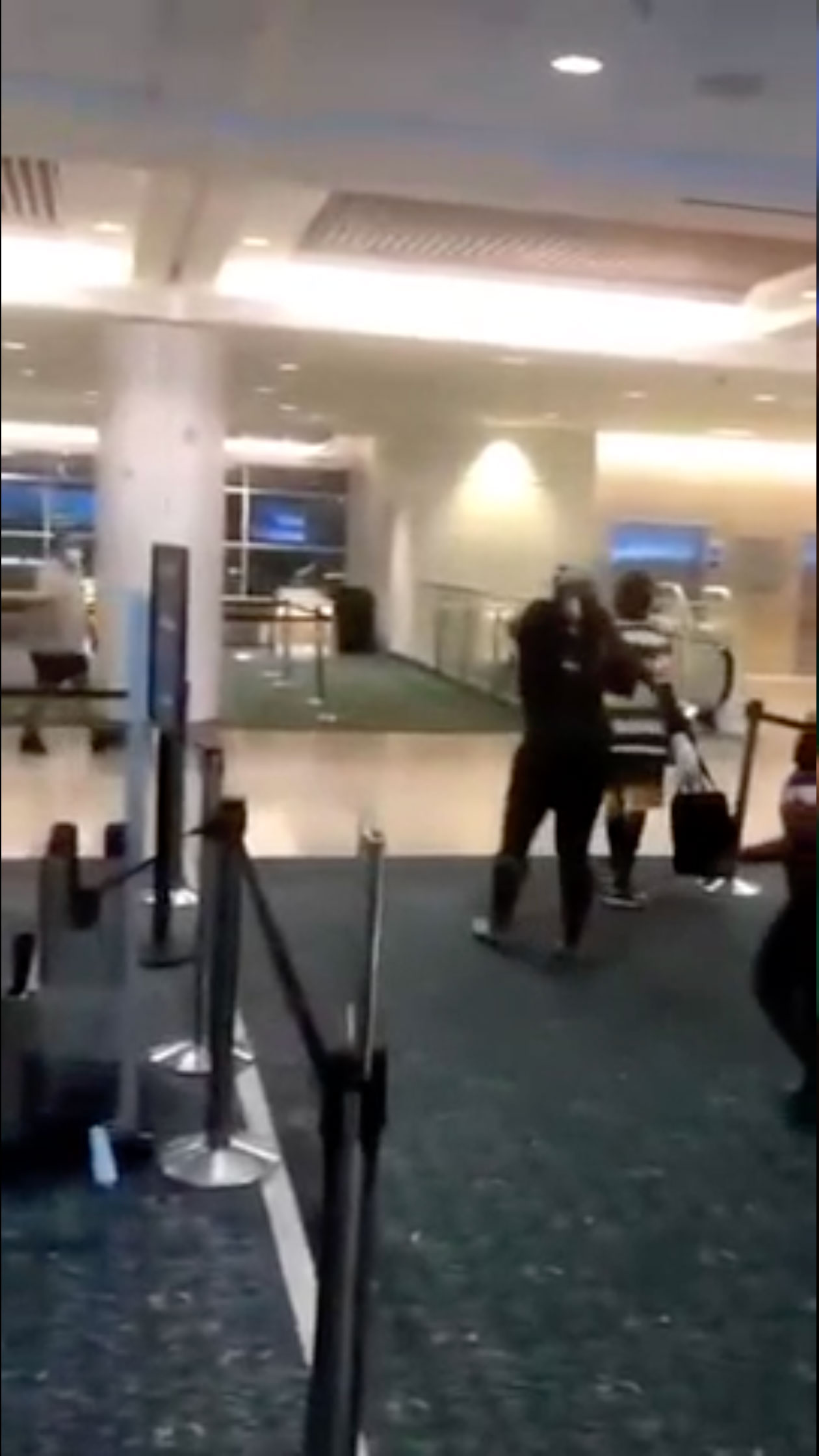 Those on the no fly list are not allowed to board an aircraft flying within, to, from and over the US.

The TSA states: "The No Fly List is a small subset of the U.S. government Terrorist Screening Database (also known as the terrorist watchlist) that contains the identity information of known or suspected terrorists.

"Individuals on the No Fly List are prevented from boarding an aircraft when flying within, to, from and over the United States."