A WOMAN who discovered a “cool cave” on holiday was left horrified after discovering it had a disgusting secret.

Whilst trying to capture the perfect moment on camera, she noticed the distinctive smell and swiftly left the beauty spot. 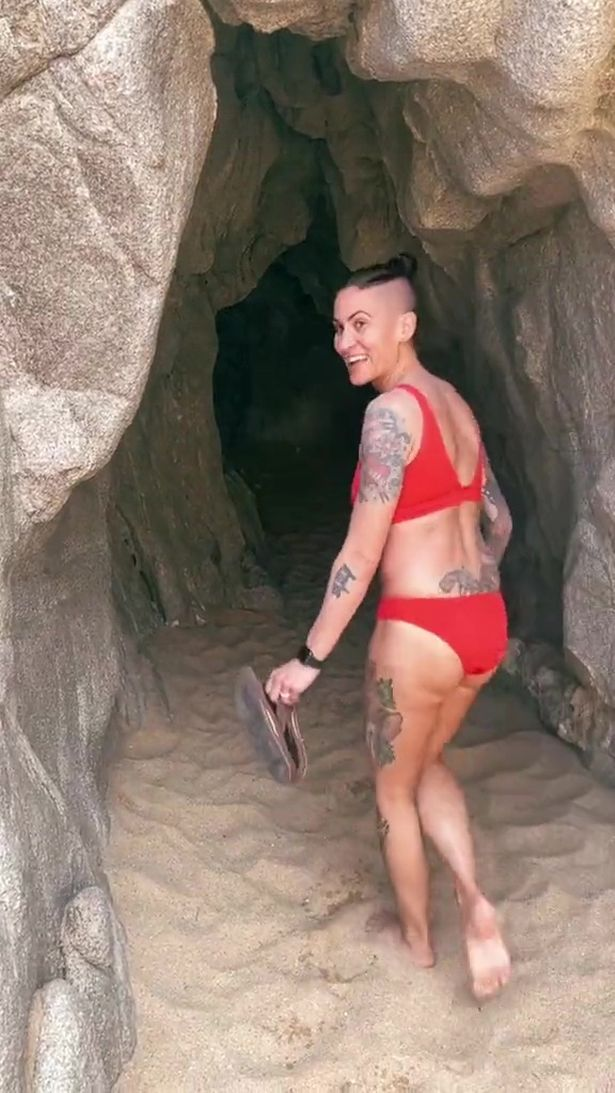 Jessie Jaimes was attempting to film the moment that she entered the cave on the beach, but quickly realised that it was in fact being used as a bathroom.

As she walks into the cave, she can be heard saying “It smells like p**s in here,” before swiftly turning back.

In the caption, she joked: “That one time I thought I found a cool cave and it turned out to be a s***t.”

The hilarious video was shared on TikTok, where it accumulated more than 100,000 views with thousands more comments and likes. 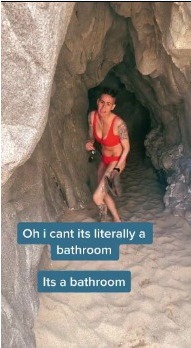 One wrote: "I'm actually really relieved it smelled like that.

"My anxiety watching you head into a little hole."

A second commented: "Well used also judging by the footprints."

Another viewer joked: "Your face going in VS your face coming out."