A WIFE killed herself after losing her hair, not being able to have children and the death of a much-loved dog, an inquest heard today.

Kim Whitham was found dead by her husband after a tragic series of events left her struggling. 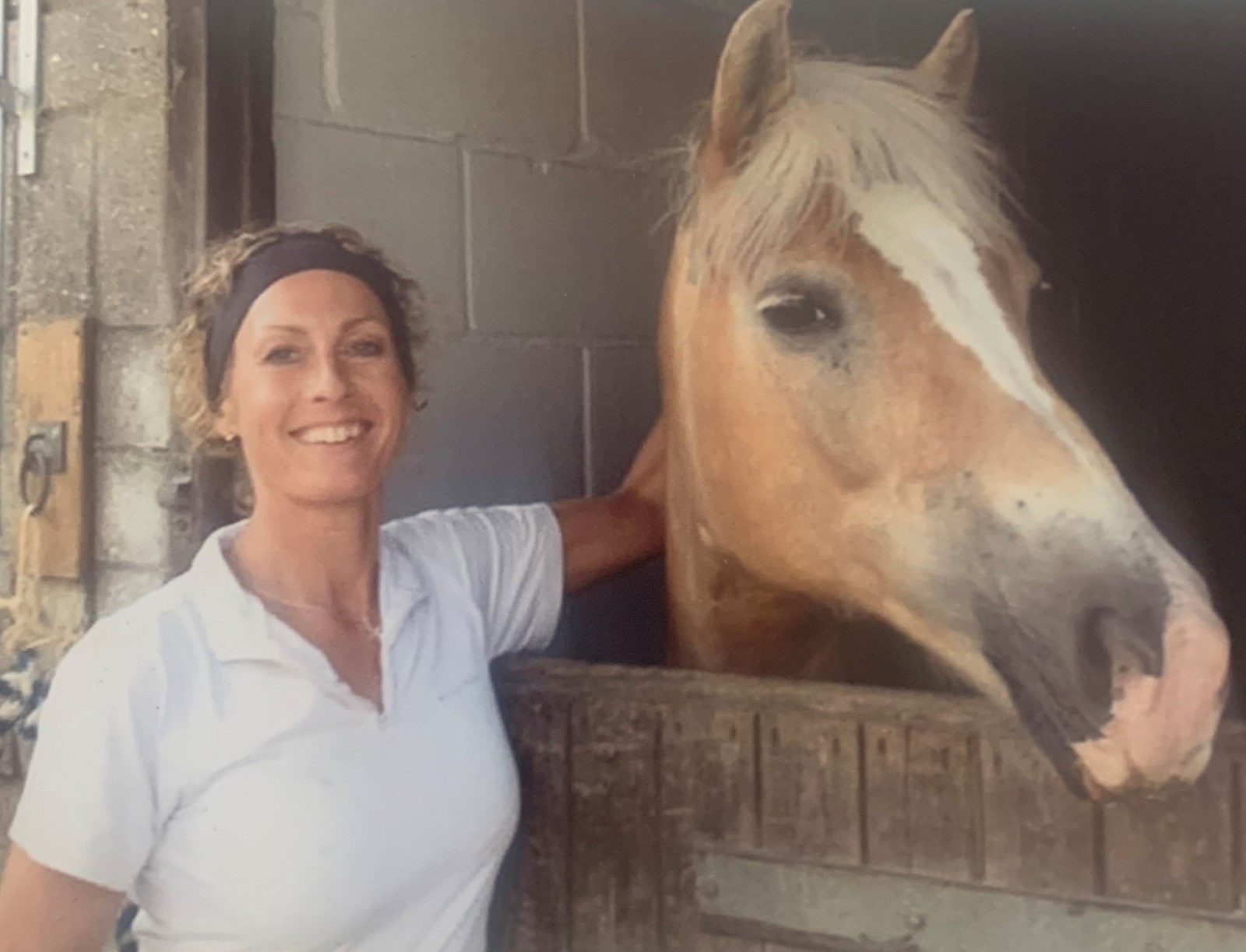 The 48-year-old hanged herself at home six days after the family dog died.

She and her husband, Darren, had not been able to have children, but adored their horse and pet dog, Lily, the coroner heard.

The retail assistant had also suffered as her blonde hair started to fall out through Alopecia, with the coroner's officer noting "she soldiered on and was very brave".

Geoff Charnock, the West Sussex Coroner's officer, read out evidence to the inquest which said: "Kim had been married to her husband Darren and they had been together for 18 years.

"Kim and Darren were unable to have children and although he was able to accept this Kim struggled and it made her very sad. Kim also suffered with Alopecia and lost her hair.

"This was devastating for Kim but she soldiered on and was very brave. Kim never had any counselling but had been prescribed anti-depressants.

"Kim put a brave face on and tried to remain strong. Her horse Pebbles was a great comfort to her as well as their dog Lily."

Following the death of Lily on August 24, Kim and her husband had been out for a pub lunch together on August 28.

Darren told the inquest he felt she was coping, and decided to visit some friends the following day.

Kim had told her electrician husband she was going to the stables to visit her horse while he went to see friends.

But when he returned to their home in Worthing, West Sussex, he tragically found his wife hanged, the inquest heard.

A toxicological examination found Kim had 228mg of alcohol per 100ml of blood in her system, almost three times the drink-drive limit, the coroner was told.

Sarah Clarke, the assistant coroner for West Sussex, concluded an inquest at Crawley Coroner's Court by making a conclusion of suicide.

She said: "I do find that on the balance of probabilities this was a deliberate act by Mrs Whitham to take her own life and that this was that act that ended her life."

Friends and family have donated almost £900 in Kim's memory to a horse rescue charity.

If you are affected by any of the issues raised in this article, please call the Samaritans for free on 116123.

EVERY 90 minutes in the UK a life is lost to suicide.

It doesn't discriminate, touching the lives of people in every corner of society – from the homeless and unemployed to builders and doctors, reality stars and footballers.

It's the biggest killer of people under the age of 35, more deadly than cancer and car crashes.

And men are three times more likely to take their own life than women.

Yet it's rarely spoken of, a taboo that threatens to continue its deadly rampage unless we all stop and take notice, now.

That is why The Sun launched the You're Not Alone campaign.

The aim is that by sharing practical advice, raising awareness and breaking down the barriers people face when talking about their mental health, we can all do our bit to help save lives.

Let's all vow to ask for help when we need it, and listen out for others… You're Not Alone.

If you, or anyone you know, needs help dealing with mental health problems, the following organisations provide support: