BARONESS Jones of Moulsecoomb, a Green Party peer, wants men to be banned from being outdoors after 6pm to "make women a lot safer".

Her plea to the House of Lords in the wake of Sarah Everard's alleged abduction and murder was echoed by home secretary Priti Patel, who has vowed to ensure women are safe walking our streets. 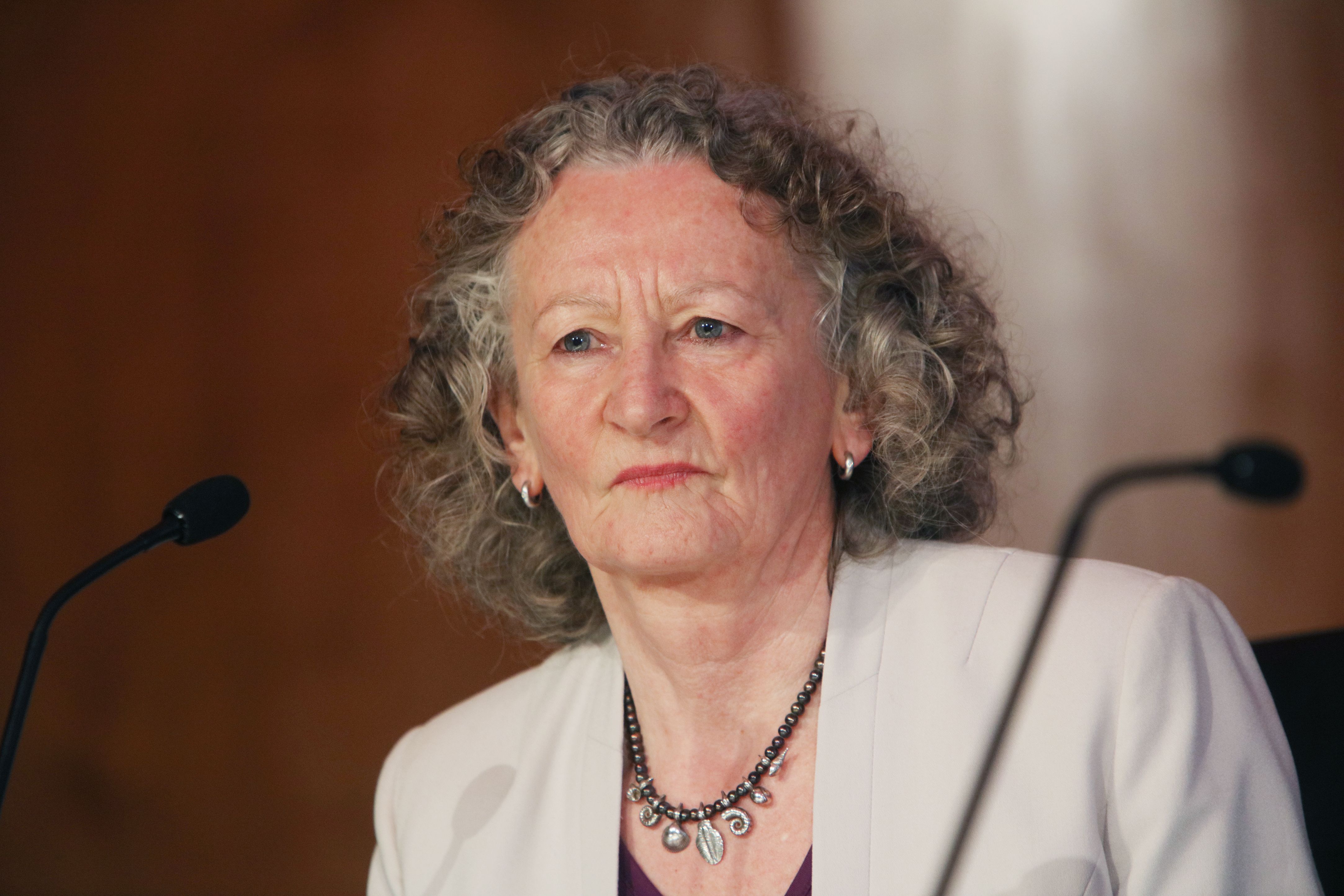 Baroness Jenny Jones, 71, was introduced to the House of Lords on November 5 2013. She was chosen to represent the Green Party in the upper house by Party members.

She took her title – Jones of Moulsecoomb – from the council estate she grew up on in Brighton.

Brighton-born Jones is the daughter of a hospital cook and a dinner lady, according to her online biography.

It adds that "she worked from a young age, starting with mucking out horse stables to get a free horse ride.

"Over the years she worked as a crafts teacher, a secretary, a book keeper, a shop assistant and an office manager.

"At age 45 she earnt a BSc (Hons) in Archaeology and spent nearly 10 years working as an archaeologist [in Jordan, Egypt, Syria and Turkey].

"She has no pets, no car and grows her own vegetables in summer."

In 2014 the Green Party announced that Baroness Jones was "arrested for police obstruction at a Westminster Occupy protest in Parliament Square" before being "de-arrested". 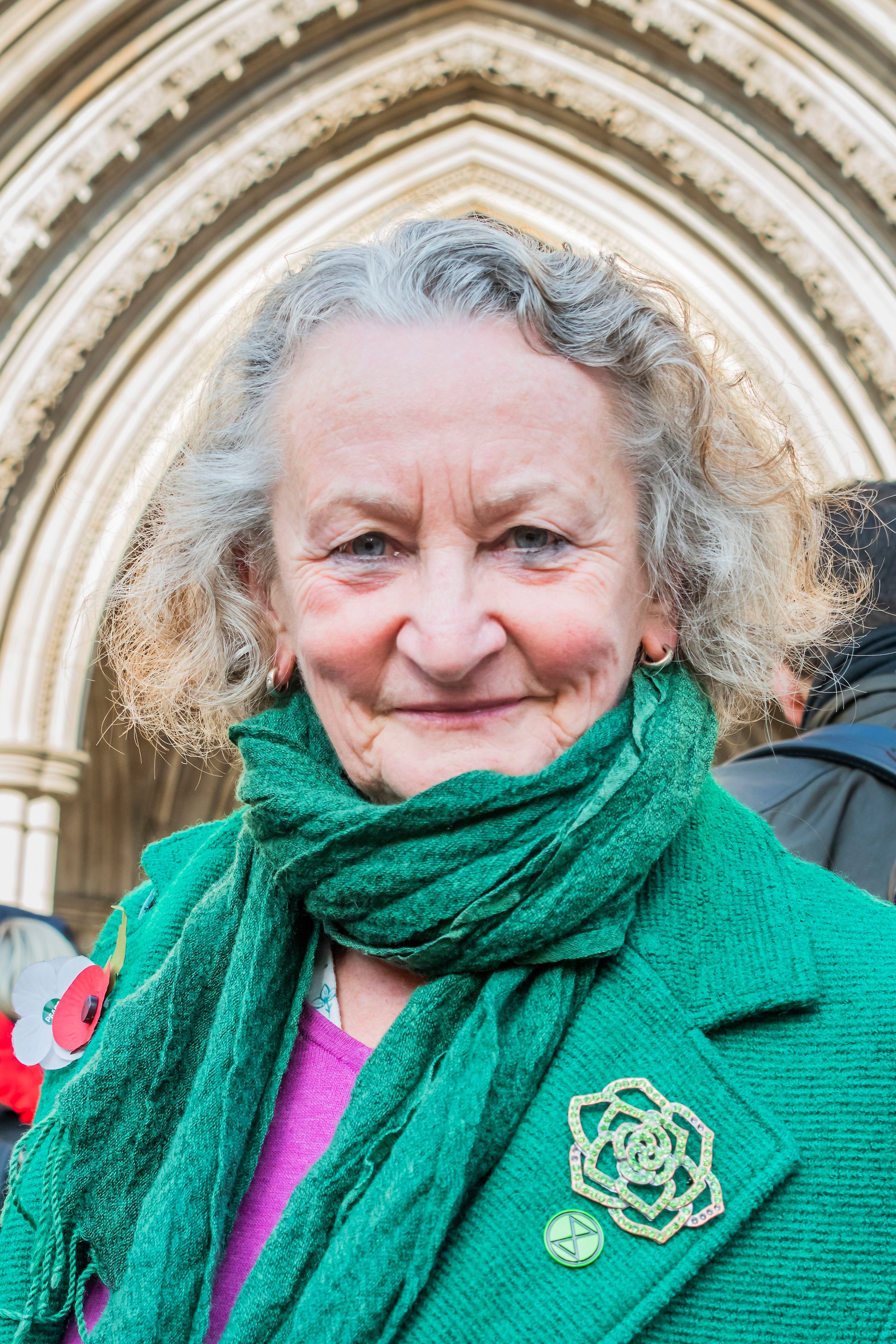 How long has Baroness Jones been a member of the Green Party?

Baroness Jones joined the Green Party of England and Wales in 1988.

She has long been involved in politics, having been Deputy Mayor of London, deputy chair of the London Assembly’s Police and Crime Committee, Green Councillor for Southwark Council and chair of the Green Party of England and Wales.

Baroness Jones served on the London Assembly from 2000-16 where she worked on housing, policing and civil liberties.

In 2013 she told Politics.co.uk she "couldn't believe" she was becoming Baroness Jones of Moulsecoomb when the Green party was offered its first seat in the House of Lords.

She added: "I have a strong sense of tradition. I mean, I used to be archaeologist. I like continuity and stability. But I don't like inconsequential nonsense. I think we should question things.

"Some things that are traditional have to be questioned and challenged. I'll go in there with respect but perhaps not exercise as much patience as I ought to.

"There's no point charging in and making a mess of it. You need a bit of pace, but not to be a bull in a china shop." 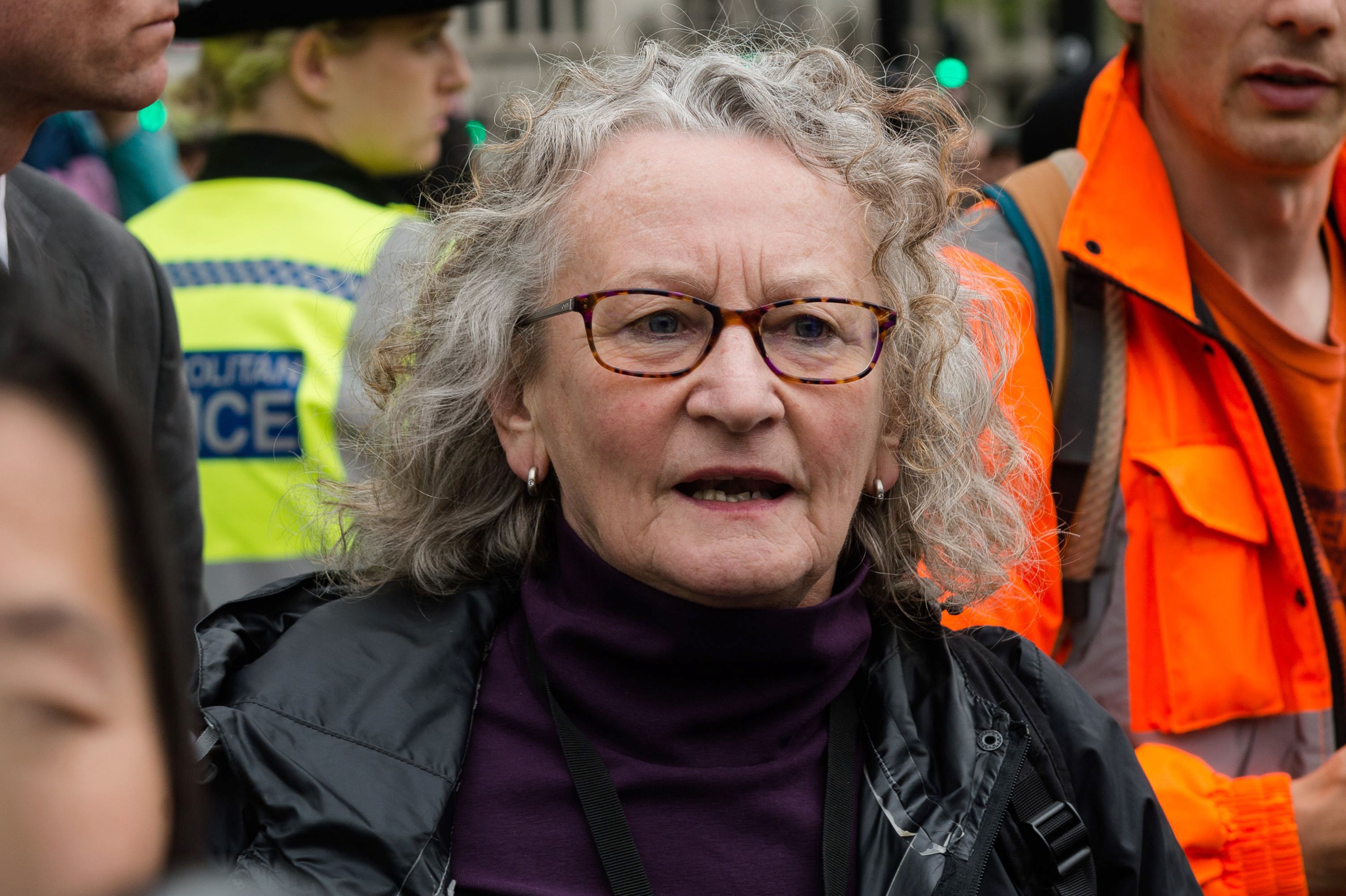 Is Baroness Jones married and does she have kids?

She married at 20 and had two daughters before settling in London in 1991, according to her online biography.

The BBC reported in 2012 that she was divorced.

What did Baroness Jones say about having a 6pm curfew for men?

In the wake of Sarah Everard's disappearance from a London street, Baroness Jenny Jones told the House of Lords a night-time curfew for men would "make women a lot safer".

She suggested that men should be banned from streets in the UK after 6pm.

The Green Party peer mentioned the curfew during a House of Lords debate over amendments to the Domestic Abuse Bill.

She said: "In the week that Sarah Everard was abducted and, we suppose, killed – because remains have been found in a woodland in Kent – I argue that, at the next opportunity for any Bill that is appropriate, I might put in an amendment to create a curfew for men on the streets after 6pm.

"I feel this would make women a lot safer, and discrimination of all kinds would be lessened."

Her comment came after cops warned women to be careful when walking outside alone after Sarah vanished off the street.

In response to a backlash from some over her 6pm curfew suggestion a defiant Jones tweeted: "Strange that telling women to stay home to stay safe rouses no concern, but saying the same to men to keep women safe induces a MASSIVE misogynist hissy fit." 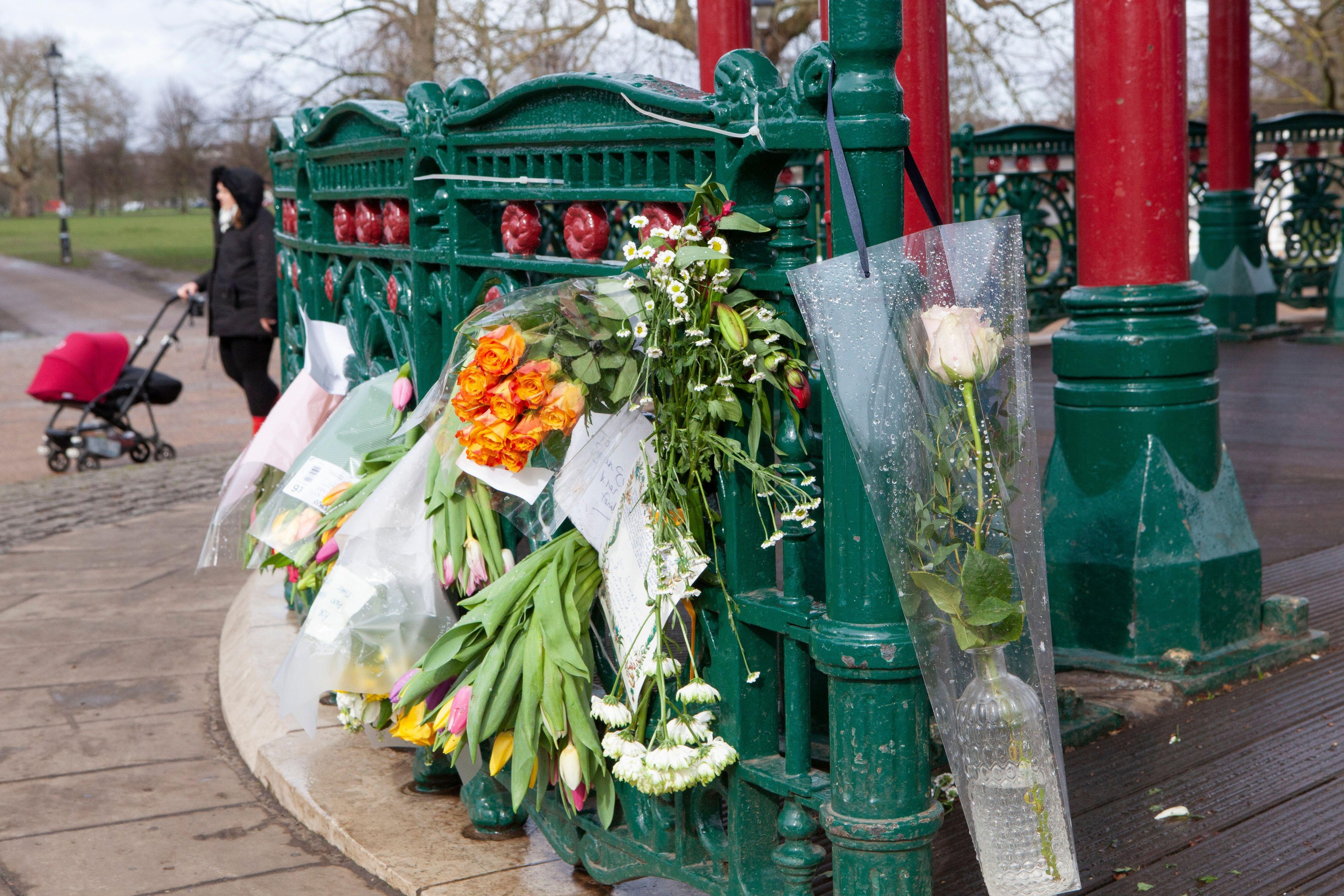 One follower pointed out to someone who misunderstood the peer: "You realise this is rhetoric, right?

"Women have faced an effective curfew… basically forever. Whenever women get assaulted it's always because they 'shouldn't' have been doing something.

"Here's a novel thought, how about men shouldn't assault or harass women?"

"The good Baroness was pointing out that conversely women are told to stay home modify their behaviour all the time.

"The fact is many men can only see how daft that is when it’s them asked to do it."

The peer today, Friday March 12, admitted her curfew suggestion wasn't "entirely serious, as I don't have the power to do that", but welcomed any "intense scrutiny". 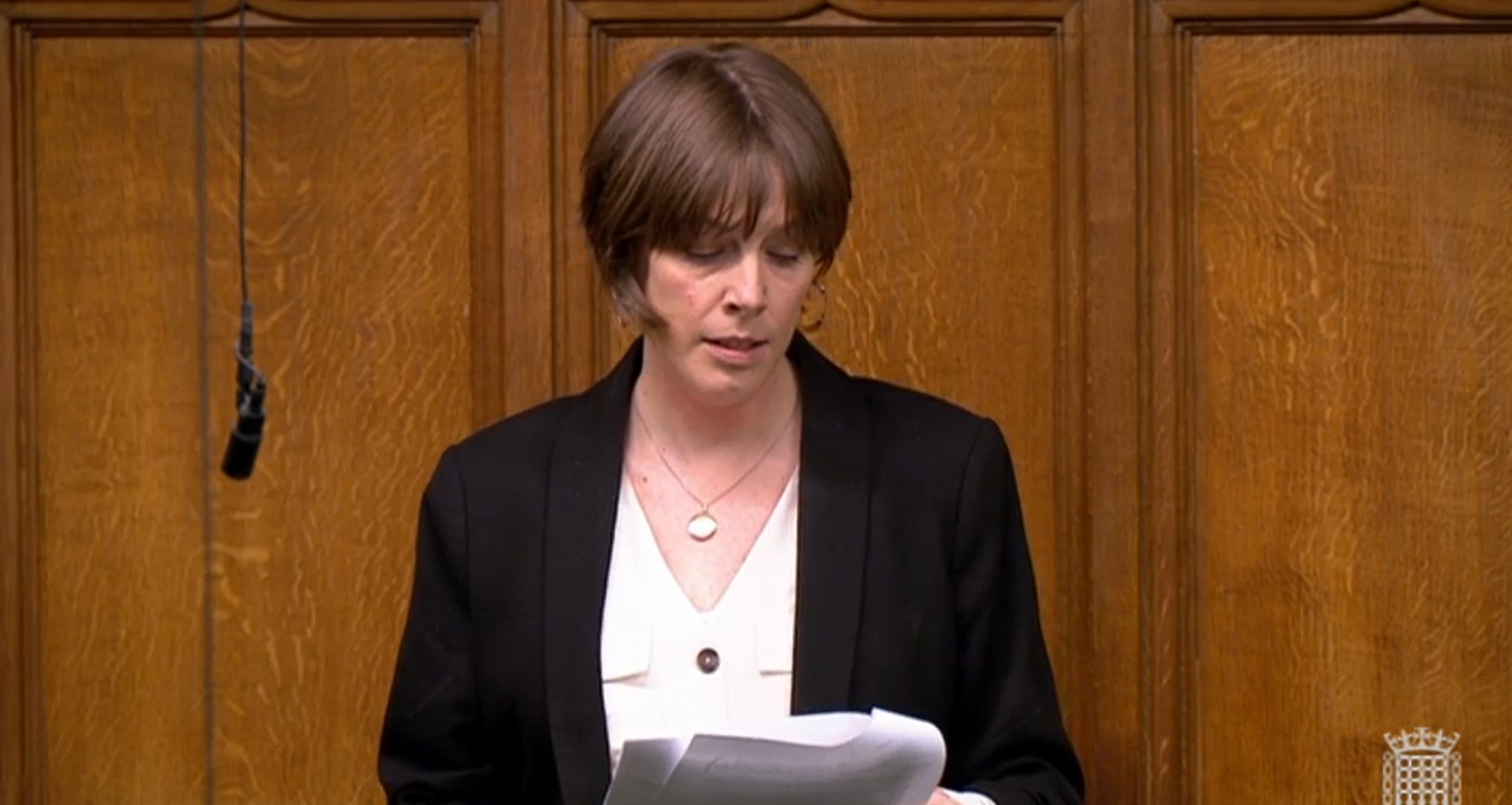 Baroness Jones told Sky News: "Nobody makes a fuss when the police suggest women stay at home, but when I suggest it, men are up in arms.

"You should see my inbox. It's full of misogynistic and racist emails to me.

"Men just don't understand the pressure that women are under and if this has sparked intense scrutiny then I'm really happy."

Her comments have also sparked debate on Mumsnet, with one person posting: "I think she’s lost the plot. Even as a theoretical possibility it doesn’t work. Plus the whole thing that men have human rights too."

And another pointed out, "the bad men will just as happily kill us indoors as outdoors. Jenny should know that".