I AM not the first to observe that, for those of us who have not lived through wartime, this pandemic is the most challenging and destructive thing many have endured.

Until Covid-19 came into our lives around a year ago, we were all living not so much cosseted lives but perhaps sleepwalking through every day oblivious to our good fortune. 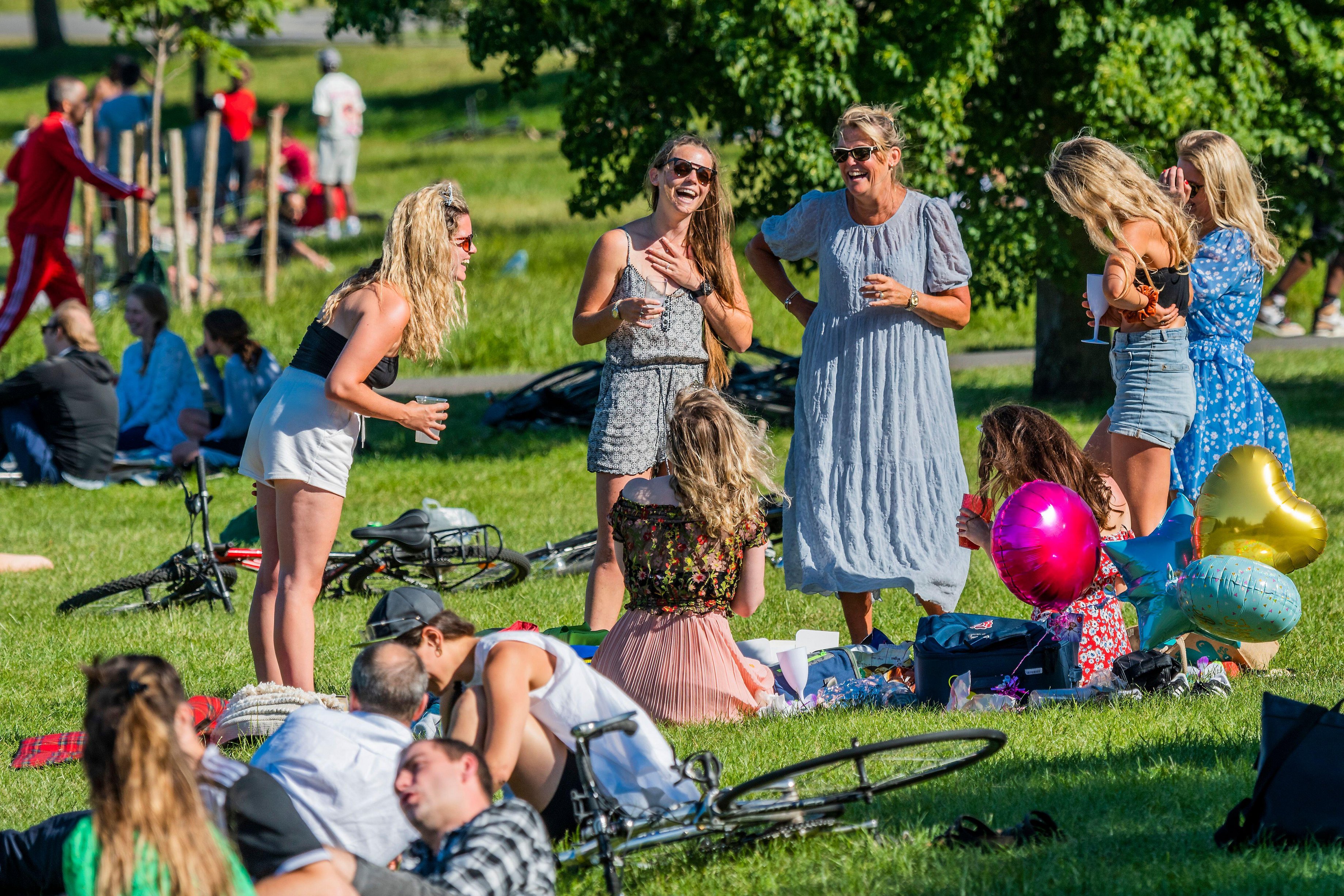 The luxury for most of us was that we simply never had to truly consider just how bloody lucky we were.

That stark fact hit home this week when Boris Johnson outlined his road map out of lockdown — a four-step, four-month slog simply to get back to a semblance of the life we previously took for granted.

Our kids went to school, college, university, had internships and apprentice- ships. We could see friends and family when we wanted.

We could watch live sport and sit with other fans in stadia.

On any given night of the week, we could head to the cinema and theatre, and go out to eat and to pubs.

We could go to shops and travel literally anywhere in the world if we had the means.

We could go to work and then enjoy some after-work drinks with our colleagues. I could go on and on about all of the things we have lost over the past year.

But in short, all of the things that make life vibrant, joyful, interesting and diverse have been taken away.

We have spent the best part of the last 365 days without any of this. It has been miserable.

All the things that make life worth living have disappeared. 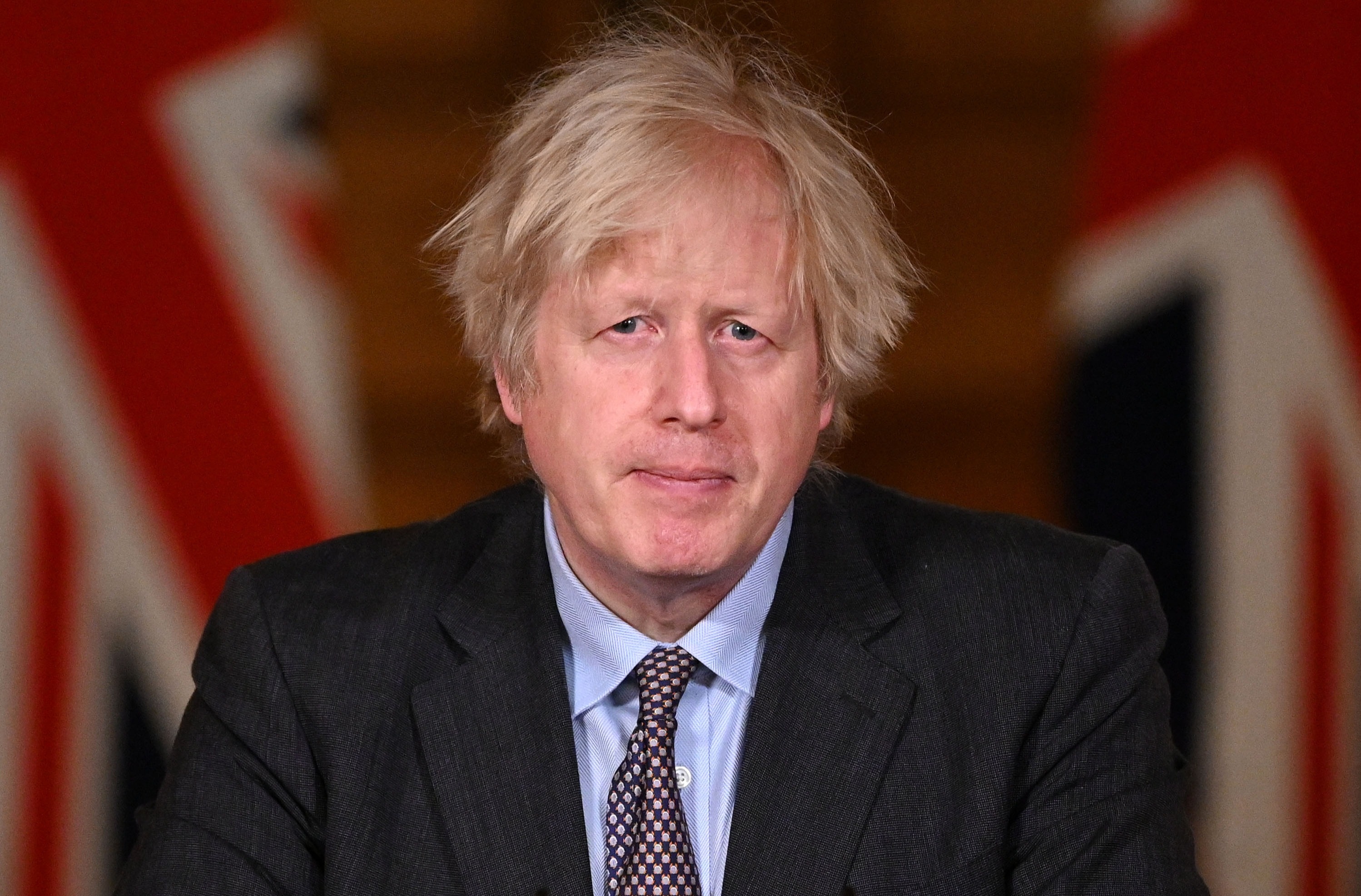 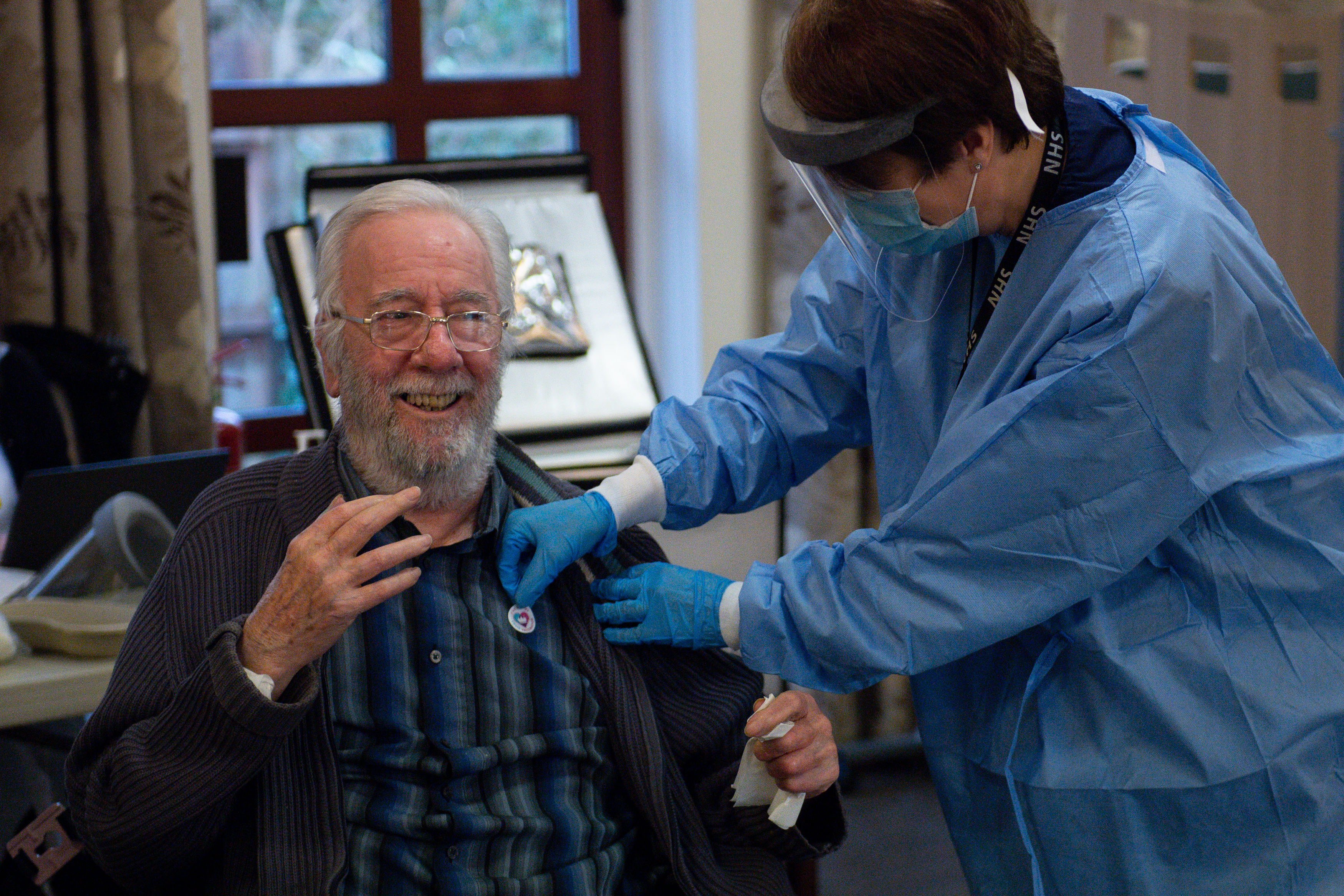 Life has become a monotony of getting up, working from home, then going to bed without seeing anyone else. That is no life.

But one thing I have remembered over the past year is that life is short and you can’t put things off.

Looking back on my own life, I realise I haven’t travelled enough and it may now be too late. I really hope not.

I also haven’t always put my family and friends first, and I wish I had.

Well, after a year of reflection, here we now are on the threshold of change.

The days are getting longer again and spring is in the air.

Far more importantly, the vaccination programme is working. We have already vaccinated more than 19million people, for which we are the envy of the rest of Europe.

Now Boris’s cautious road map promises that, as soon as June, things will in many ways be back to normal.

Normality now feels like the promised land, which is a sign of how much we have endured.

Whatever the future holds, this is the moment for us all to take stock. 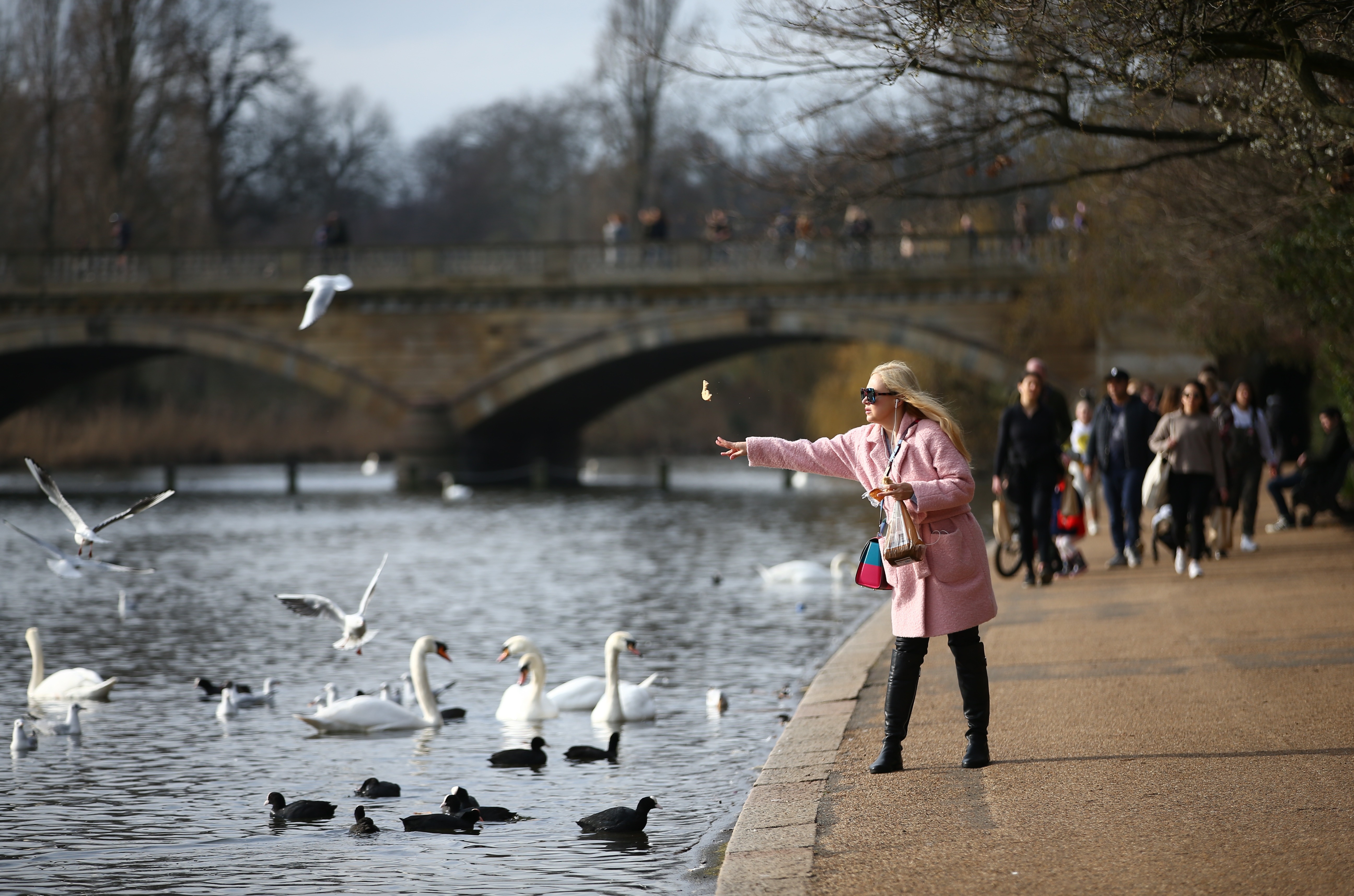 We have all lost so much. But I think we have all gained something, too. We have all learned to value the things in life that really matter.

I have a long list of plans for things to do as soon as I can, starting with a haircut and getting my nails done.

I’ve booked a restaurant for April 12, the first date we can eat outside.

But most of all, I cannot wait to see my friends. I have not seen my best friend for the best part of a year and, although we speak on the phone almost every day, it’s just not the same.

Even if things do get back to normal soon, I do hope, without wishing to sound too Pollyanna-like, that we will all have learned to live each day with gratitude.

It really is true that you don’t know what you’ve got until it’s gone.

We have spent a year in mourning for the loss of our old lives. We didn’t know how valuable all those things were until we lost them.

But one really good thing is that we have been forced to value the little moments of each day that make life enjoyable, whether it be looking at the blossom or enjoying a walk.

If I have one hope for life after lock-down it’s that we all make sure to carry on valuing the things that matter, and celebrate the many things that make our lives worth living.

Good on you, Victoria – you just show 'em

I REALLY love how far women have come in the role-model department.

We are surrounded by women looking and clearly feeling like a million dollars in their forties and fifties, and I love it. 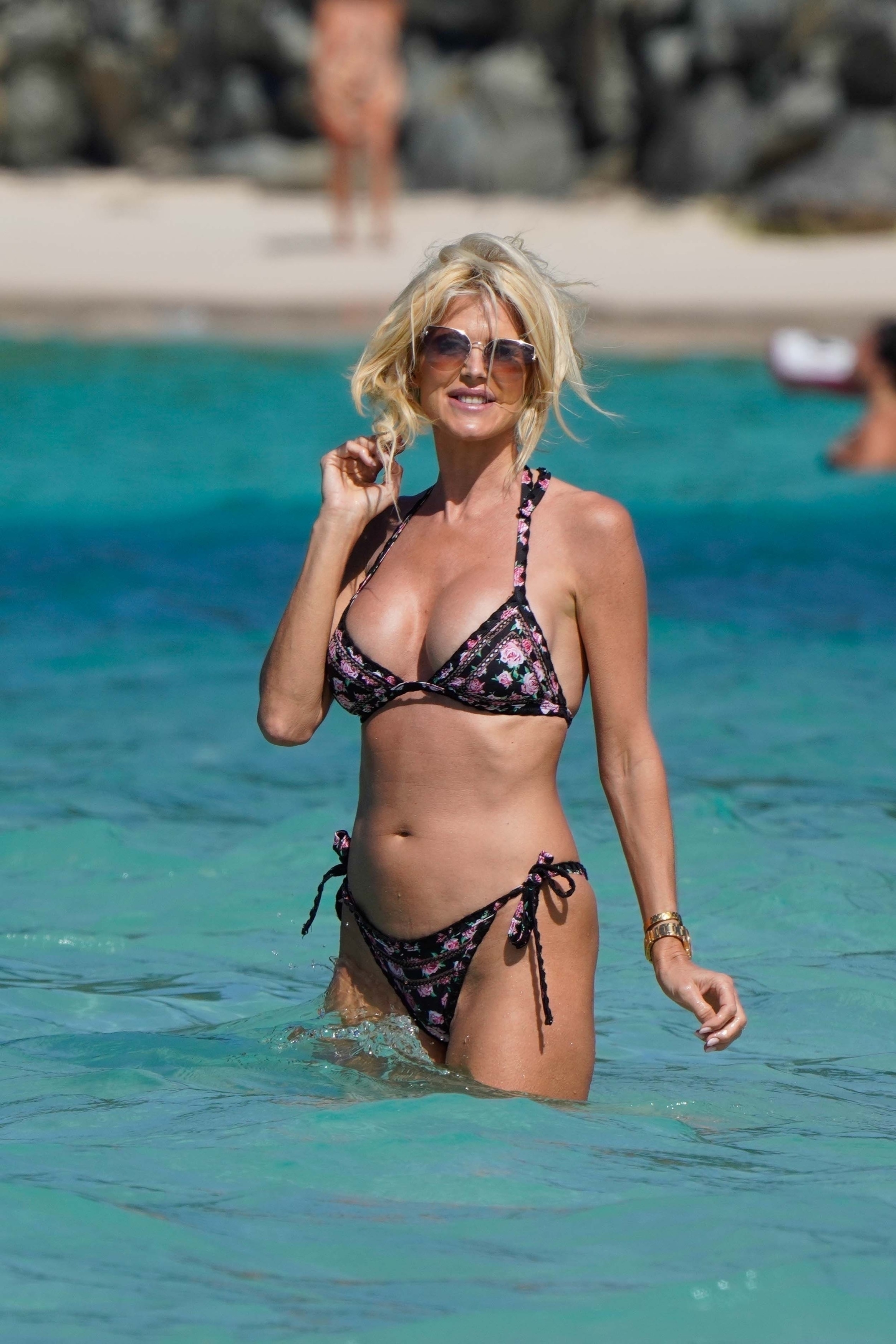 I know Victoria Silvstedt is a model but the recent photos of her, aged 46, in a bikini at the Nikki Beach resort in St Barts are jaw-dropping.

Do you recall a time when women in their forties wore curlers and slippers, and were thought past it in every way?

Well, not any more they are not.

THE other evening I saw the documentary Framing Britney Spears, about the life of the pop star, and was blown away by how horribly she has been treated by those closest to her.

She was subjected to a truly shocking level of misogyny and sexualisation when she was so young. 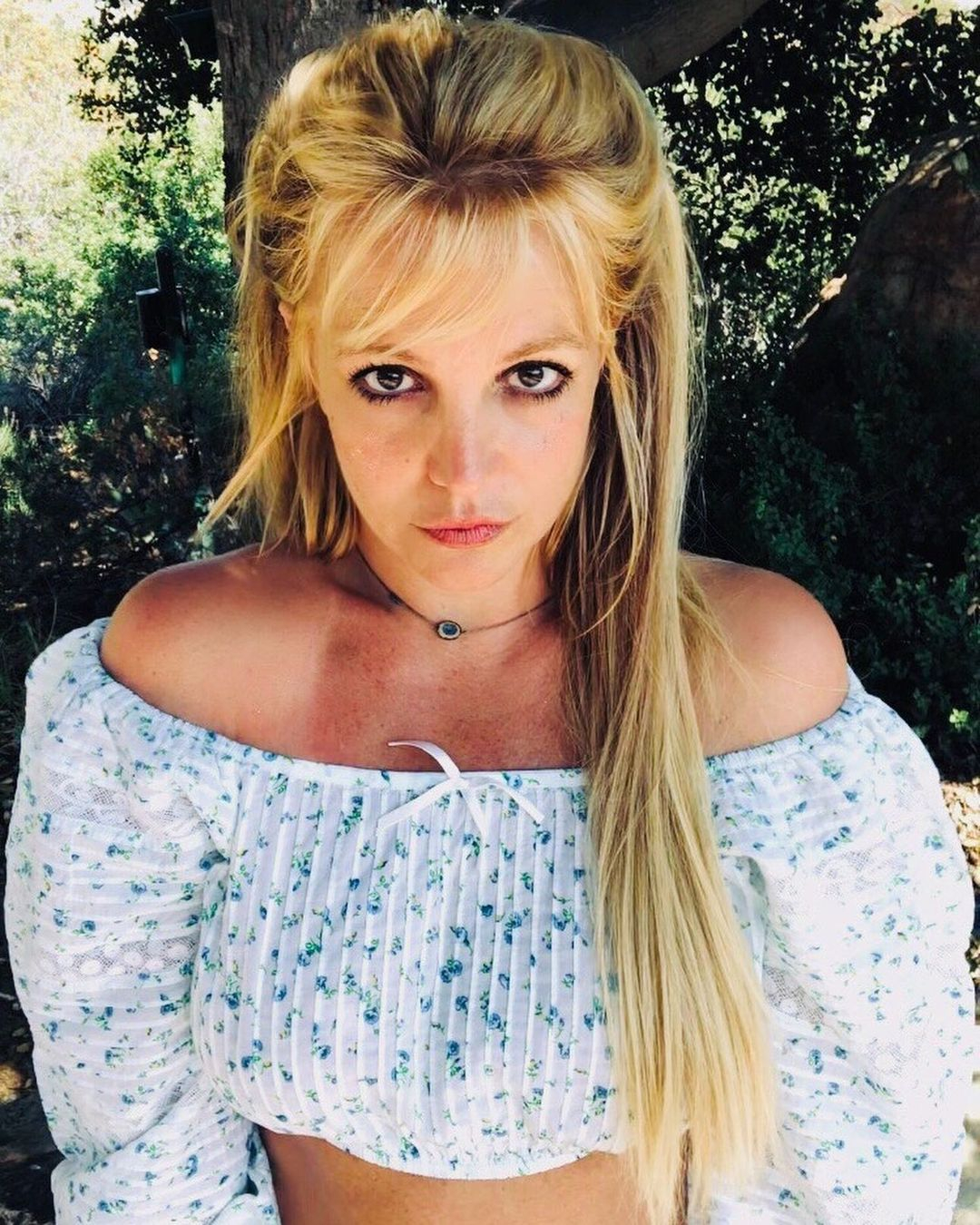 One of Britney’s first TV appearances, on Star Search when she was just ten years old, showed presenter Ed McMahon – then in his sixties – asking the pre-teen: “You have the most adorable pretty eyes – you have a boyfriend?”

The film was released to tie in with the ongoing conservatorship hearings to determine whether Britney, now 39, can regain control of her estate from her father, Jamie Spears.

And what really stands out is just how grossly unfair people’s attitudes were towards this young woman.

There were lots of shocking things about the documentary.

But one person who comes out very badly indeed is reporter Diane Sawyer.

Her line of questioning towards Britney, during an old interview that is featured in the film, is frankly horrifying.

Sawyer’s questions – about everything from Britney’s break-up with Justin Timberlake (she implies Britney was entirely to blame for the split)  to her outfit choices (“Where did your clothes go?”) were horribly intrusive.

But despite Britney’s evident discomfort, Sawyer ploughed on nonetheless.

I’m sorry that Britney Spears is still fighting to gain control over her own fortune, which has been earned through her own blood, sweat and tears.

But I am also glad to note how far we have now come.

I don’t think that a woman, or indeed a man, would ask these questions now.

We are all a bit more aware.

A YEAR into the pandemic we can see the fallout from all that banana bread.

Even Kate Winslet has complained that her bum is now “massive” as a result of all the baking, which makes me panic a bit. If Kate is slowly expanding, what does that say for the rest of us?

Not that I’ve been baking during lockdown. But my bum was big BEFORE lockdown, so I daren’t even look now.

I’M shocked that the Turkish chef who faced up to ten years in jail after he kissed a teenage waitress twice at their workplace has been cleared – after arguing his conduct would be “normal and friendly” in his homeland.

Neset Gunbat, 48, was detained by police after claims he hugged the 19-year-old and kissed her on the lips and cheeks while greeting or saying goodbye to her at a Macclesfield restaurant. 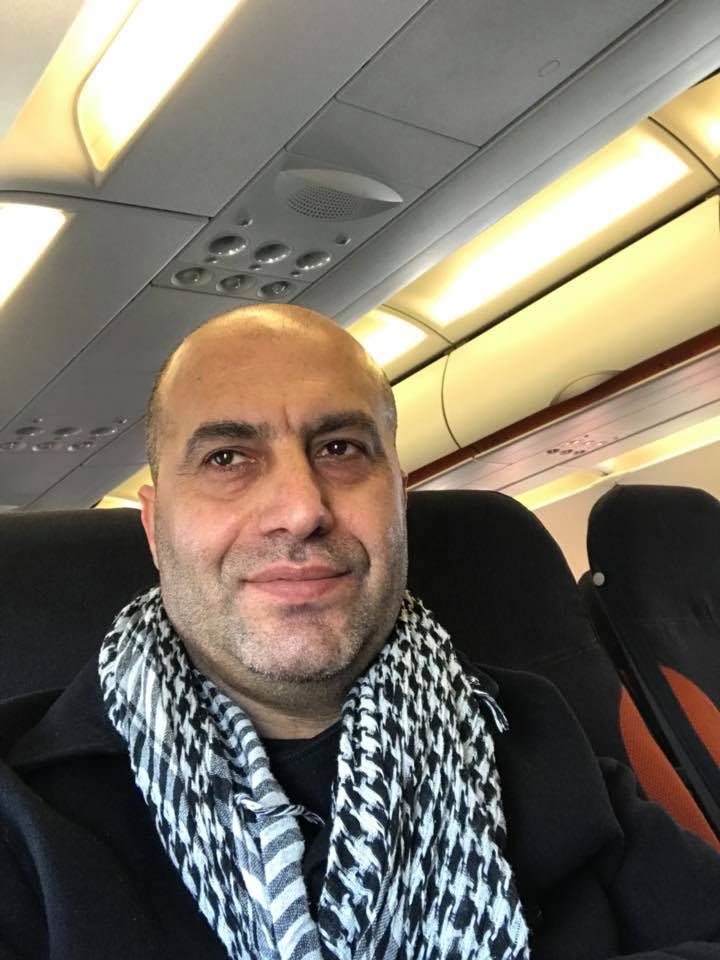 I guess it may be true that that is how married fathers of three treat teenagers in Turkey.

But given that the young woman said she had tried to repel his advances and felt “unclean” after the encounters, I’m guessing it was clear pretty quickly that this behaviour wasn’t going down well.

Also, surely all of us should honour the conduct of the country in which we reside?

Gunbat faced two charges of sexual assault but was found not guilty.

I AM not surprised Kate Ferdinand has denied any suggestion she might love her biological son Cree more than her stepchildren Lorenz, 14, Tate, 12, and Tia, nine.

In an Instagram Q&A last week, she was asked the question by a follower, which I find staggering.

Kate wrote: “People ask me this a lot and I can only speak for myself, as everyone is different. I love all four children equally and I’ll never see any difference between my biological and non-biological children.”

She seems to have a lovely, trusting relationship with her stepchildren.
Stepmums get a bad name but to have a loving, positive woman in their life means so much to children.

It’s obvious Kate and her stepchildren share a strong bond.

Christine's showing us up

WHEN Christine Quinn shared behind-the-scenes footage from her sultry cover shoot for Maxim Australia, I found it near-impossible to believe she was three months pregnant.

I guess it was partly the plunging black swimsuit and the heels. 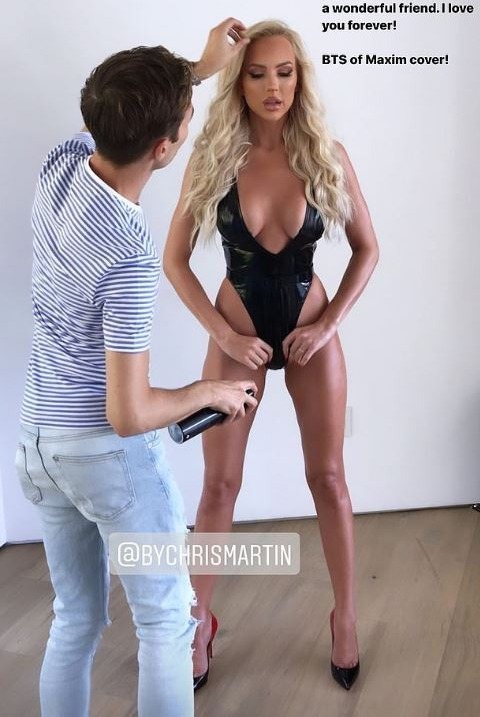 But also just her energy levels and the wherewithal to appear wearing anything beyond Lycra and elastication.

Let’s just say that I did not look like that when pregnant.