US special forces carried out a midnight raid deep into the heart of government-controlled territory in Syria that killed an ‘ISIS leader’ and took others captive, it’s been reported.

The person killed in the operation ‘had been a resident of the area for years and is likely an Islamic State’ group leader, the Britain-based Observatory for Human Rights said.

Several other people were captured, the monitor said, without providing a figure.

It is the first such operation in government-held territory, the war monitoring group added, which relies on a wide network of sources in Syria.

‘US occupation forces carried out a landing operation using several helicopters in the village of Muluk Saray in the southern countryside of Qamishli and killed one person,’ Syria’s state broadcaster said, without elaborating.

The US armed forces’ Central Command (CENTCOM) said it currently has ‘no information to provide’.

The village targeted lies 17 kilometres (10 miles) south of the city of Qamishli and is controlled by Syrian government forces, according to the Observatory and AFP correspondents. 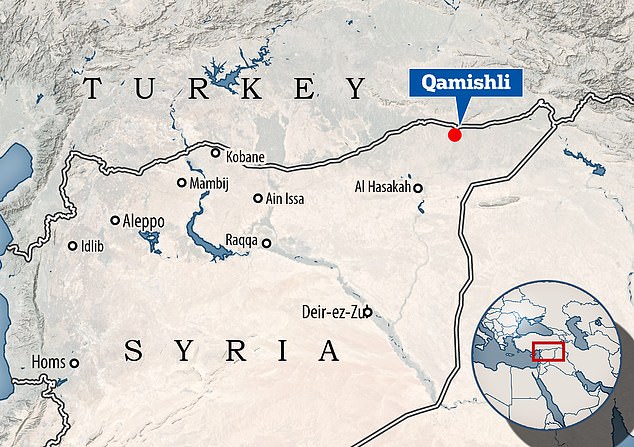 ‘It is the first time,’ that US forces conduct such an operation in regime-held areas, the Observatory said.

A resident of the village said that three US helicopters carrying troops had landed in the overnight operation.

US forces raided a house, killing one person and taking several others captive, the resident told AFP on the condition of anonymity for fear of reprisal.

‘They used loudspeakers to call on residents to stay indoors’ during the operation, the resident said.

The resident said the victim is a little-known displaced person from Hassakeh province, whom he named as Abu Hayel.

Washington is part of a US-led coalition battling the IS group in Syria, however they are at odds with the Syrian government under the control of the dictatorial President Bashar al-Assad.

In July, the Pentagon said it killed Syria’s top IS jihadist in a drone strike in the northern part of the country.

CENTCOM said he had been ‘one of the top five’ leaders of Islamic State overall.

The July strike came five months after a nighttime US raid in the town of Atmeh, which led to the death of the overall Islamic State leader, Abu Ibrahim al-Qurashi.

The one-legged ISIS chief had rigged his house with explosives and blew himself and his family to pieces when US Special Forces arrived, because his disability stopped him using a suicide vest. 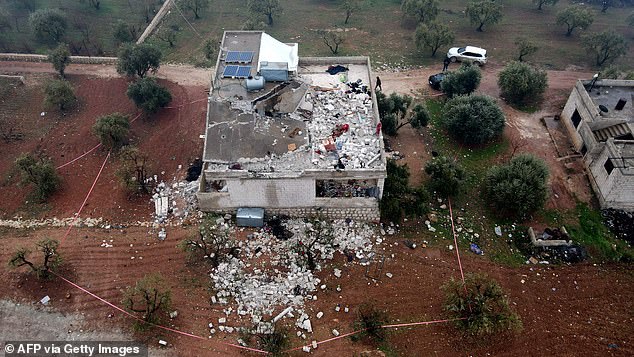 The one-legged ISIS chief had rigged his house (pictured) with explosives and blew himself and his family to pieces when US Special Forces arrived, officials said 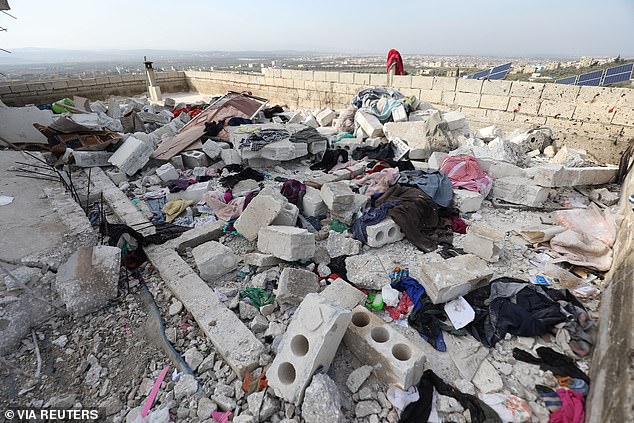 The building, in Atmeh, Syria, near the Turkish border, was destroyed when al-Qurayshi detonated explosives, killing him and his family 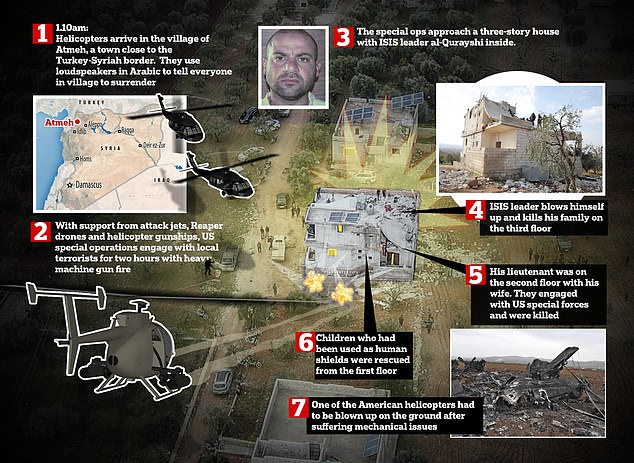 Officials believe al-Qurayshi, who was tracked down after a drone spotted him bathing on the building’s roof last year, himself detonated the explosives that killed him and his family at his home in the sleepy village of Atmeh near the Turkish border on February 2.

They also revealed officials had thought they had a good chance of taking al-Qurayshi alive because of his issues with a suicide belt and had made plans to turn him over to another government.

The troops safely brought four children from the second floor out of the house. But a toddler was found dead there. Officials said the child was likely killed by the concussive effects of the third-floor explosion and not shot in the gunfight.

An ISIS member, described as a lieutenant of al-Qurayshi’s, and his wife were on the second floor, with as many as five children. All are believed to have been killed in the blast.

After losing their last territory following a military onslaught backed by the US-led coalition in March 2019, the remnants of IS in Syria mostly retreated into desert hideouts.

They have since used such hideouts to ambush Kurdish-led forces and Syrian government troops while continuing to mount attacks in Iraq.