THE UK's coronavirus lockdown appears to be working with hospital admissions "not accelerating rapidly" and the death toll dropping for the second day running. 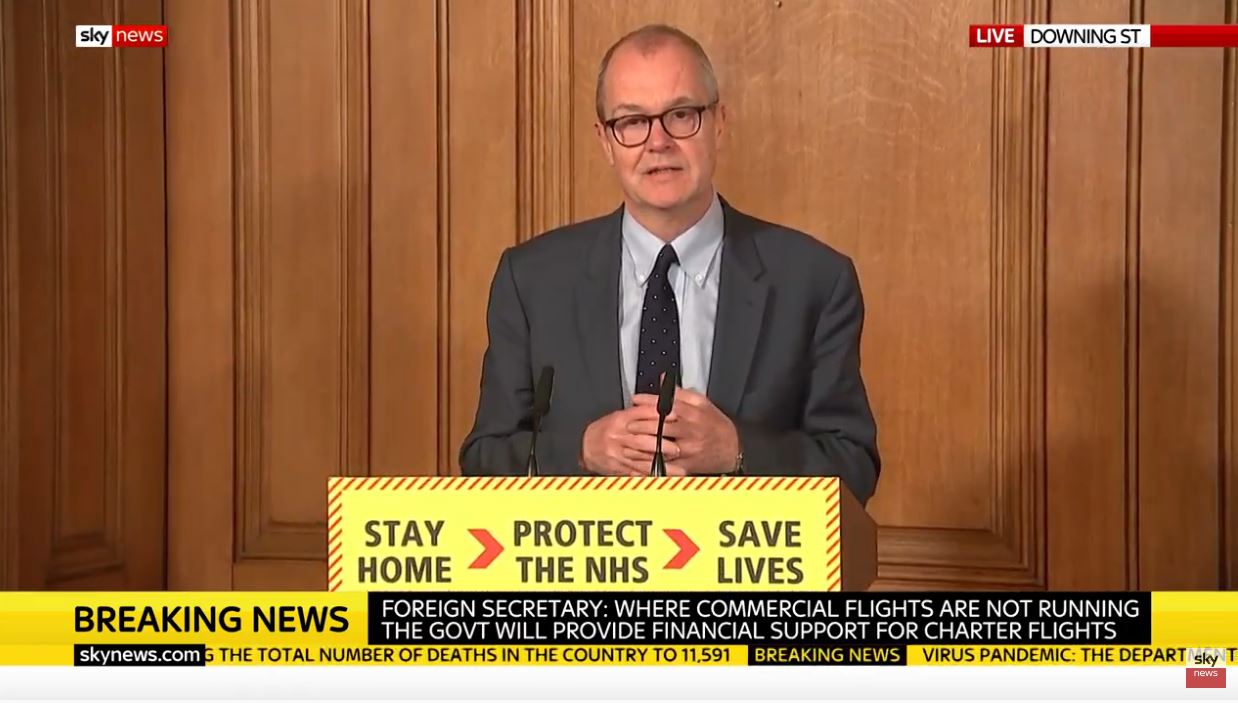 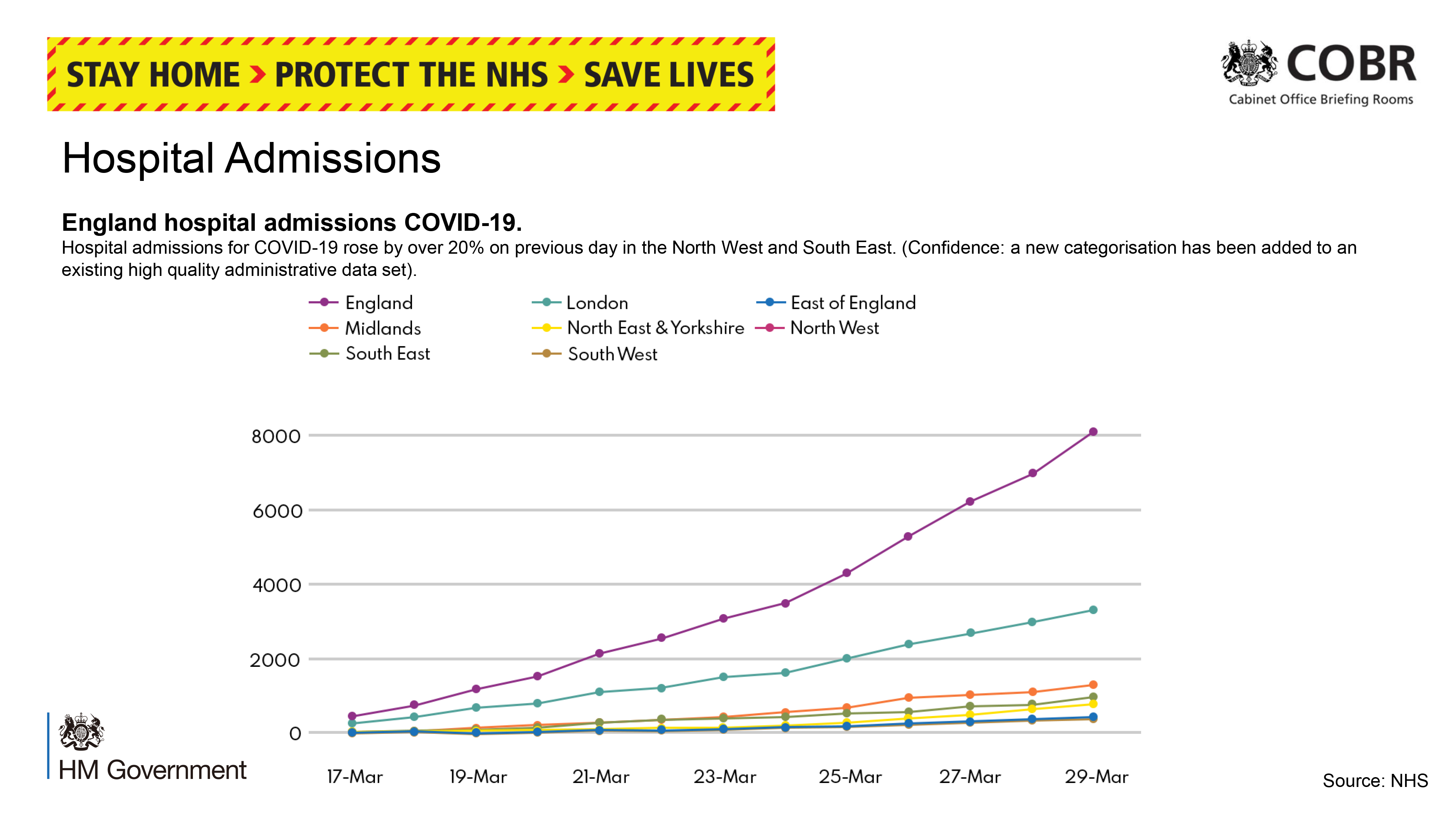 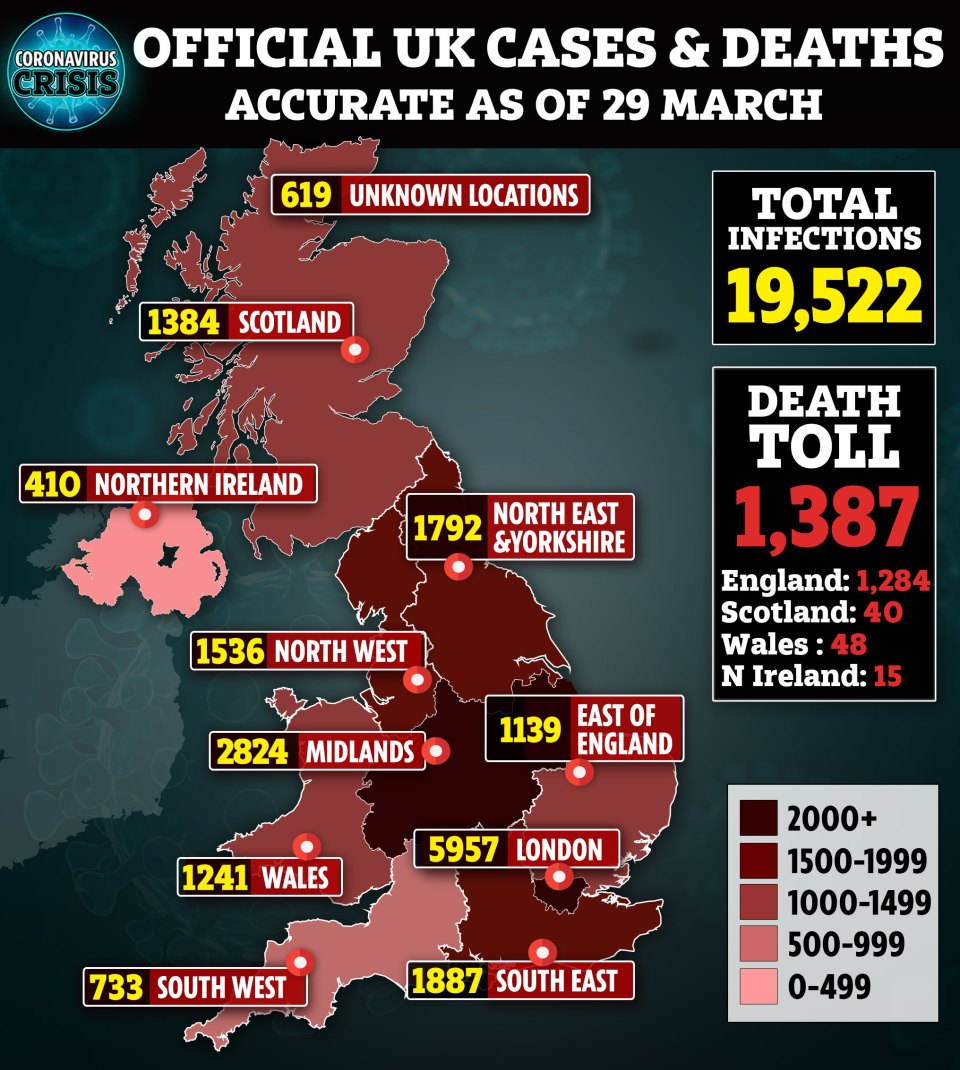 He revealed the glimmer of hope as he told the nation: "The measures are in place, they are making a difference, they are decreasing the contact which is so important to spread the disease and we're doing a good job at cutting that down.

"What you can see is there's been an increase in the number of cases since the middle of March through to today.

Sir Patrick added: "Roughly 1,000 a day [admissions]… that's not an acceleration. It's quite important, it tells you that actually this is a bit more stable than it has been.

"I want to thank the people in the NHS working extremely hard.

"What all of us can do is heed the advice and stay at home so we can reduce the number of people who will be seriously ill or die from this infection."

He warned the number of deaths from the virus are expected to jump tomorrow as figures including those who have died outside of hospitals will be released for the first time.

Regional data released today showed all areas outside of London had steady increases in hospital admissions but were not spiking.

Roughly 1,000 a day [admissions]… that's not an acceleration. It's quite important, it tells you that actually this is a bit more stable than it has been.

London numbers remain higher than the rest of the country, but this has been the case since the beginning of the outbreak in the UK.

But even there cases are not increasing at an alarming rate and rising steadily – with all other regions reporting cases below 2,000.

The UK was asked to stay at home where possible – only going out for essential shopping trips and to help vulnerable people.

Many people flouted the government advice, with parks and beaches becoming full in the sunny weather, but a week on from the more severe restrictions the measures appear to be taking effect. 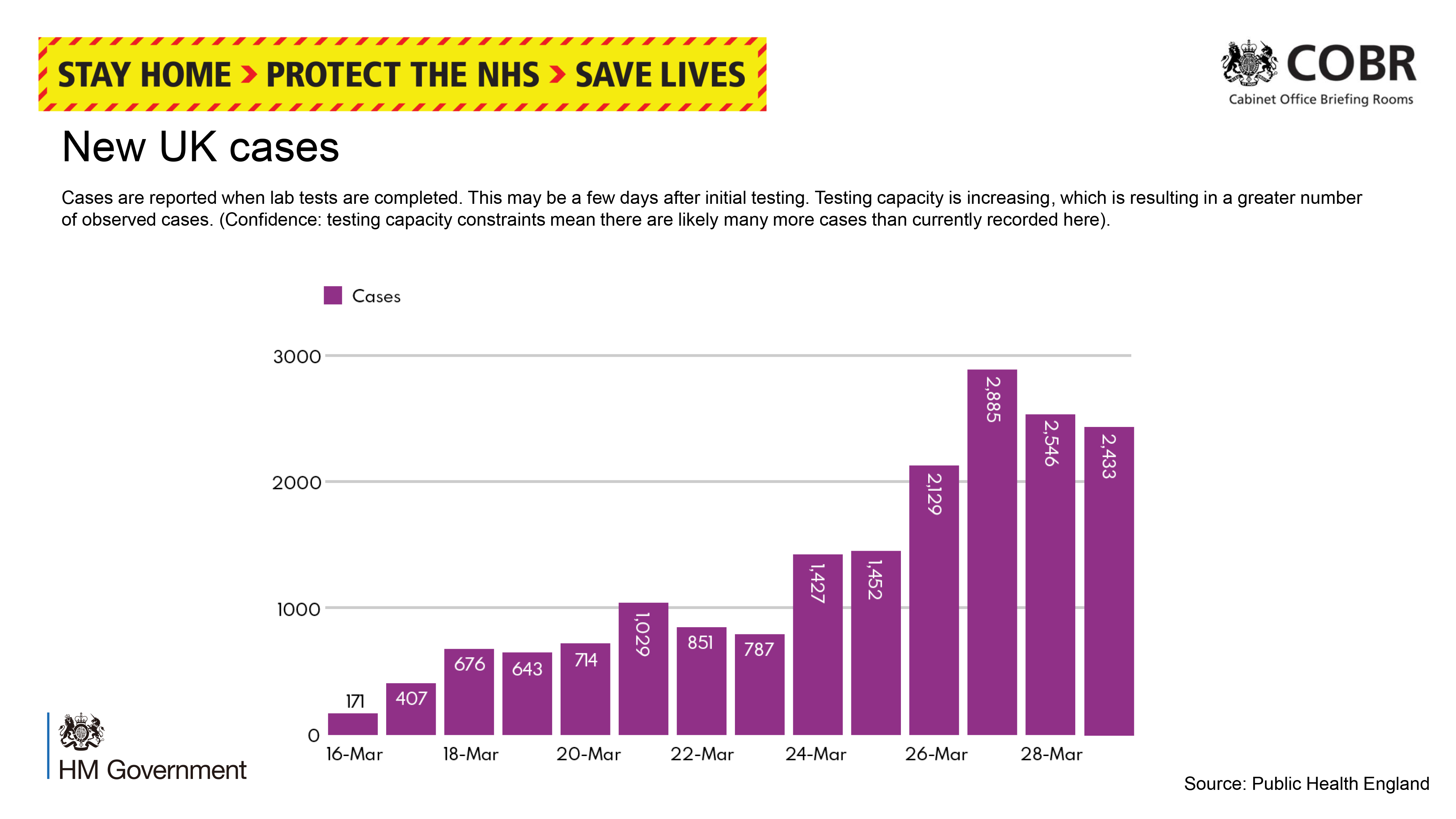 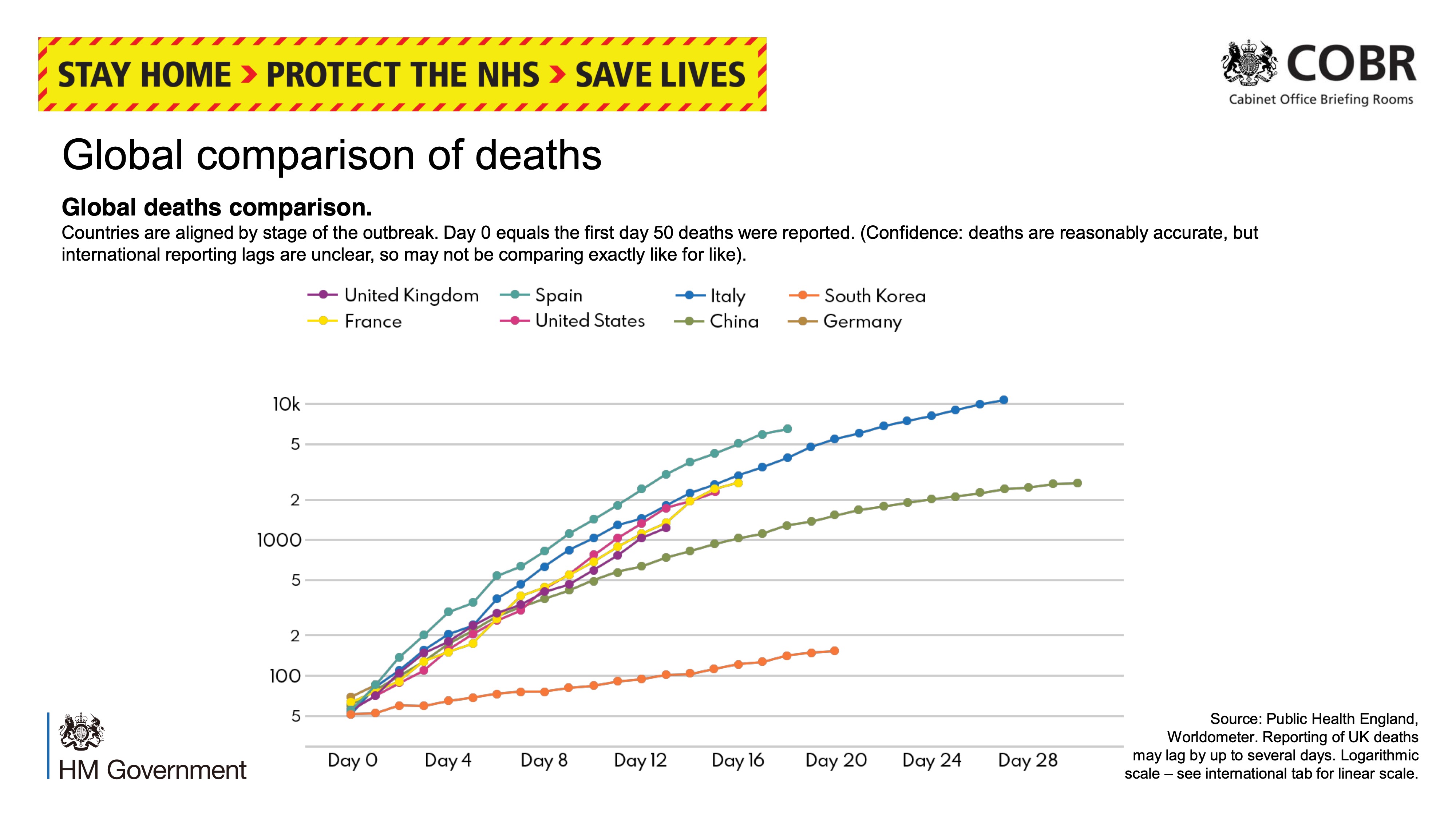 Foreign Secretary Dominic Raab said: "We must stay at home to protect our NHS and save lives, and i'd like to thank all those on the frontline, especially those in the NHS for battling this virus.

"This is a united national effort and the spirit of selflessness shown by so many is an inspiration."

Last week the head of NHS England warned Britain will have done "very well" if there are less than 20,000 coronavirus deaths.

Stephen Powis urged Brits not to be "complacent" and said we must lock down to save lives and beat the killer disease.

Today the number of people who have died from coronavirus in England is now 1,284 after 159 more deaths were announced.