Holiday resorts on a knife edge: UK tourist bosses say government ‘dithering’ over social distancing rules has left staycations in limbo and left them racing to prepare for reopening in two weeks

Furious holiday industry bosses are warning that they may not be ready to reopen on July 4 because of the Government’s ‘dithering’ about what safety measures they will have to put in place.

Malcolm Bell, chief executive of Visit Cornwall, said: ‘The Government could by now have issued guidelines. We’re frustrated at being treated like children. It’s like we can’t be trusted.’

The confusion comes as the head of Britain’s £130 billion-a-year tourism industry warned that the pandemic had left seaside resorts ‘on a knife edge’, and one of Britain’s largest holiday park operators said it was now ‘make or break’ time for the sector. 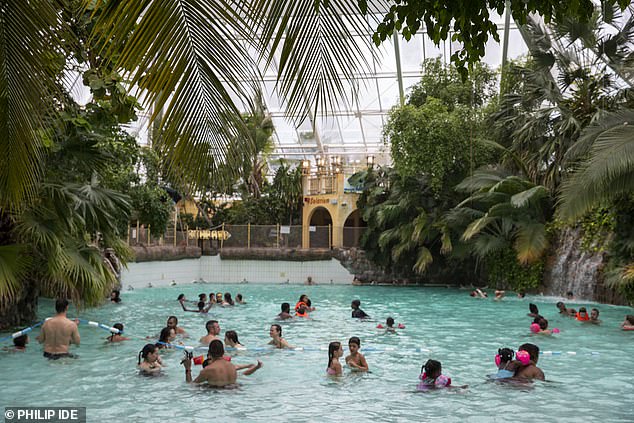 FAMILY FUN: Visitors splash around at Center Parcs’ resort in Normandy, which has been open for weeks and operates under distancing guidelines

But firms are still in the dark over crucial considerations, such as whether guests who fall ill will have to be quarantined for 14 days in their holiday properties, or whether hotel rooms would have to be kept unoccupied for 72 hours between bookings to prevent spreading the disease between guests. Patricia Yates, chief executive of Visit Britain, told The Mail on Sunday that the lack of Government guidelines was causing ‘consternation within the industry.’

‘Businesses take four weeks to open up and many are gearing up and hoping they are doing the right thing,’ she said. ‘The industry is hoping they see the guidance this week – businesses need some time to understand it and implement it.’

Ms Yates said that it was ‘crucial’ for the holiday firms to reopen next month but warned businesses may struggle after a survey found that 28 per cent of Britons are not confident that they will take a holiday this summer.

She said: ‘There is a lot of enthusiasm to open but it’s going to be challenging to make a success of it. It’s going to be tough. Seaside resorts are on a knife edge.’ 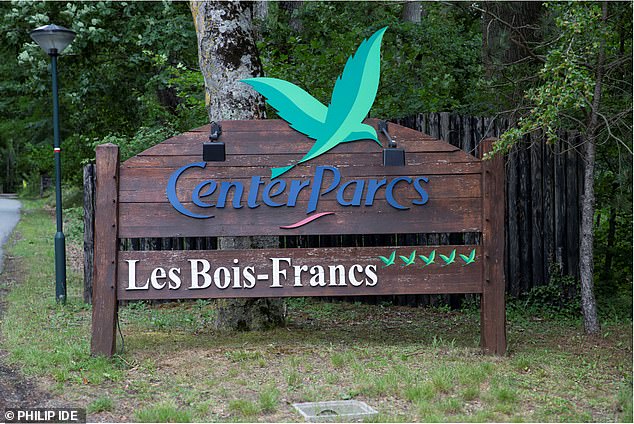 Unlike their parks in the UK, Center Parcs has been able to welcome visitors back to its resort in Normandy

The Prime Minister is reportedly set to halve the two-metre distancing rule next week, which would be good news for the hospitality industry because they will be able to serve more customers. However, a No 10 spokesman insisted that no decisions had been finalised.

Ros Pritchard of the British Holiday & Home Parks Association, said: ‘I don’t know what is going on in Westminster. They have had months to get this in place. The Government has got to publish the guidance now to give people reassurance about how they can reopen, and restore consumer confidence which has taken a huge knock. I don’t know what’s delaying them.’

Visit Britain estimates that the tourism industry, which supports three million jobs, will suffer a £42 billion loss of income this year because of the pandemic.

Parkdean Resorts, which runs 67 holiday parks, said: ‘We urgently need clarity from the Government to confirm that the hospitality sector can open on July 4, what facilities we can offer, and what the social distancing requirements will be. This is make or break time for our sector.’ 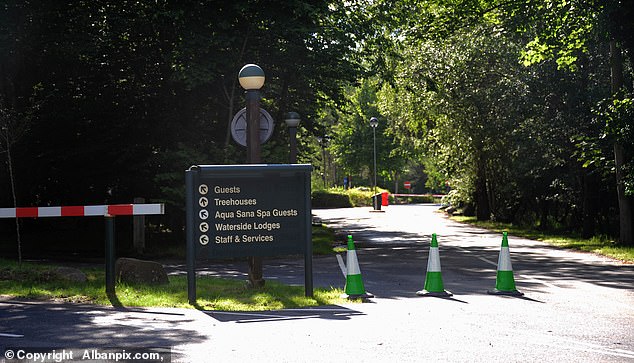 DESERTED: Traffic cones block the entrance to the Center Parcs holiday site in Thetford, Norfolk, which will not open to guests for at least three more weeks

Becki Osborne, who runs the Polmanter campsite in St Ives, Cornwall, said: ‘We are trying to blindly prepare for reopening. It was months ago that July 4 was mentioned as a possible date. That’s now just two weeks away and we still don’t know what we are supposed to be doing.

‘We’re fully booked. What if we’re suddenly told only 70 per cent of pitches can be used? How and who do we cancel? Guests are asking us if they’re having a holiday this summer and we can’t tell them.’

Alistair Handyside, chair of the Professional Association of Self-Caterers, said it was ‘ludicrous’ that people ‘can crowd into Primark, and flock to busy beaches’ but not stay in caravans or holiday homes.

In Northern Ireland, self-catering accommodation, including caravans, will be allowed to reopen from Friday. Hotels are due to reopen on July 3 but spas and leisure facilities will remain closed.

The Welsh Assembly said holidays in ‘self-contained’ properties will be allowed from July 13 unless there is a spike in cases. The Scottish Government, which has released detailed guidance, said it hopes to welcome tourists from July 15.

However, not everyone is keen to resume tourism. Authorities in Cornwall fear an influx of visitors may overwhelm the local NHS as the population of 560,000 doubles each summer because of tourists.

Case study one: ‘What if someone falls ill in one of our holiday homes?’

Bridget Reps, 53, and Gina Saxton, 49, whose firm Breakwater Holidays manages 11 upmarket holiday homes around Bude and Widemouth Bay in Cornwall, welcomed news that they may be able to reopen on July 4.

However, they demanded to know what happens if someone falls ill while renting one of their homes.

Ms Reps said: ‘Under current rules someone who falls ill with coronavirus has the right to self-isolate in our property for 14 days. That’s a huge thing. It means the next guest can’t come.

‘What if a guest has bad weather during his stay? What if he then sees a good weather forecast and, as a result, decides he might have coronavirus?’ She added: ‘Most of our properties are larger houses. They’re often booked by two or three households.

‘So if current rules banning the mixing of households remains the same, do we have to police that minefield? What about cleaning protocols? We and our guests desperately need detailed, early guidance.’

Ms Res also warned that holiday businesses won’t be able to ‘just switch on’ with a couple of weeks’ notice and that she can’t afford casual cleaners until there is work for them. 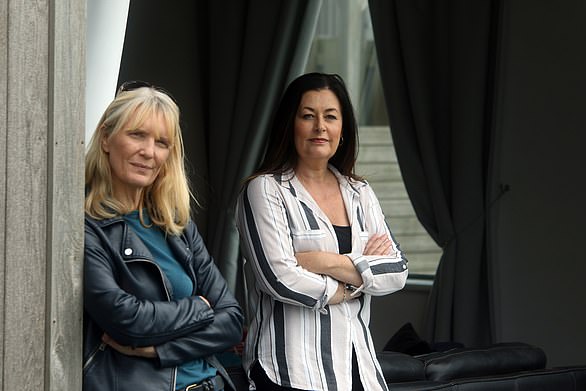 Case study two: ‘No one knows yet what the new normal will be’ 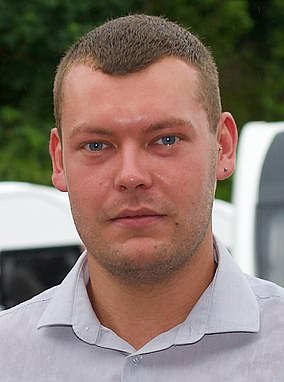 Bardsea Leisure park on the edge of the Lake District has been flooded with queries, including from younger people asking about caravan holidays.

Ben Lambert, the park’s head of human resources, said: ‘It is an absolute relief to hear that we’re likely to be allowed to reopen on July 4. But the Government needs to tell us more details.

‘We would like more clarity to find out if we can open facilities like the site toilets and our laundrette. No one knows yet what the new normal will be.

‘Nothing has been said by the Government about how we can operate.’ Mr Lambert also revealed that the park is already fully booked for the whole of July but shared facilities such as the shower blocks were likely to remain closed. 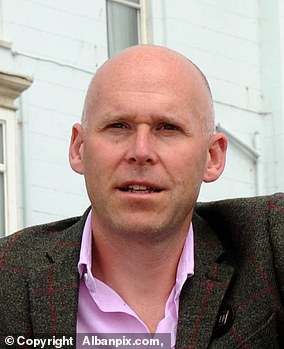 Hotel boss David Scott, who runs six properties in Suffolk, said that it would be a ‘great relief’ if he could welcome guests from July 4. But he added: ‘We need the Government to make it clear what the new rules will be.

‘I’d love to see social distancing reduced to one metre by the time we reopen. That will allow us to hugely increase the number of tables in our restaurants. We are also concerned that they might introduce a rule about keeping rooms empty for a day or so in between guests.’

He called for ‘clarity and certainty,’ adding: ‘We know that Waterstones takes books handled by shoppers away from public display for 72 hours after they are touched. If that rule was brought in for hotel rooms, it would have a massive effect on our business.’