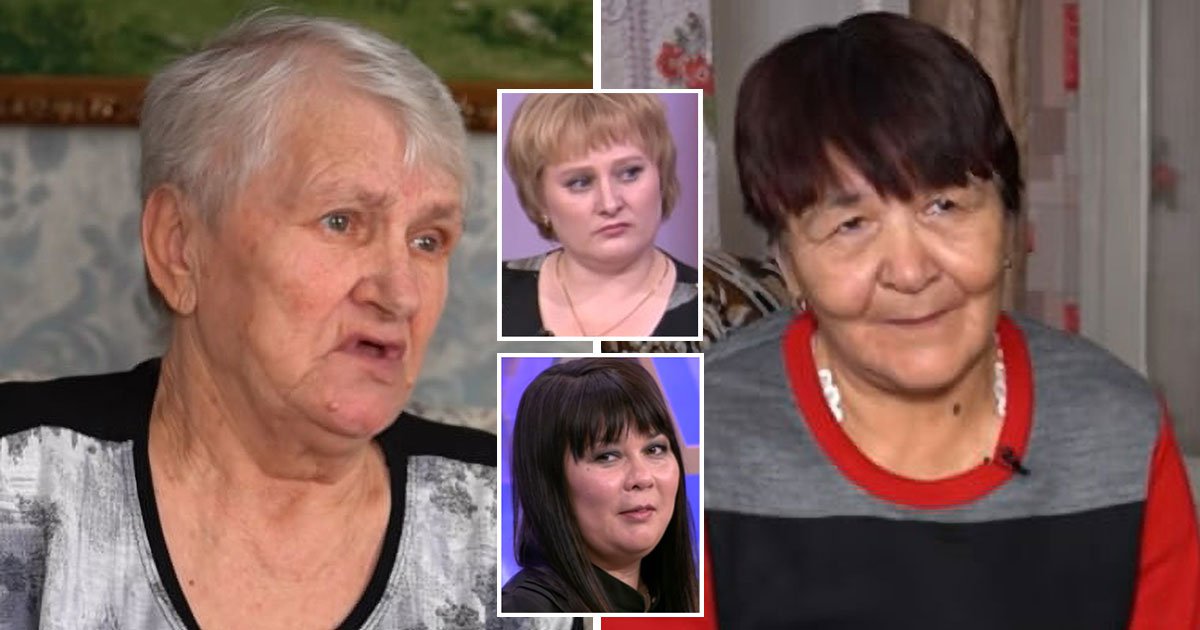 After nearly four decades, two women have discovered they grew up with the wrong families as a result of being switched at birth.

Both Gulsina Baimurzina and Alyona Baulina’s parents knew something was amiss because their daughters didn’t look like them. That mystery went unsolved for 38 years.

Their mums, Vasilya Baimurzina and Valentina Baulina, were constantly plagued by rumours in their Russian villages that their girls were not theirs.

Gulsina was one of the only members of her dark-haired family who had fair hair. Similarly, Alyona’s almost-black hair stuck out when she stood next to her lighter mum.

Gulsana, who spent her whole life believing she was Gulsina’s sister, told local outlet 74.ru: ‘Gulsina was fair from birth, and I am dark.

‘We saw that she was not like us, but did not attach any importance to it.

‘But rumours were creeping that a fair one was growing here, and a dark one in another village.

‘My mother did not want to believe it, because she always considered Gulsina her daughter.’

Eventually, the families decided to get a DNA test and it came out that both women were born at Kizil Hospital, in Kizilskoye, in 1983.

Somehow, the babies’ name tags both came off and were reattached to the incorrect newborn.

Now, the women have to grapple with how the incredible discovery will impact their relationships with their biological parents and the people who raised them.

Because of this, Vasilya and Valentina are calling for a payout of 10 million rubles (£96,589) from the Russian Ministry of Finance.

Gulsina is now a janitor at a school and Alyona is an entrepreneur.

The families have reportedly decided to stay close friends with each other.

Alla said she does not understand how the babies’ name tags were switched at birth.

She said: ‘In order to avoid any confusion, right there, in the presence of my mother, the surname, who was born, the date, weight is written on the tags, and these tags are tied to both pens.

‘Then one big tag is tied on top of a diaper so that the children are not confused when feeding.

‘And these tags are not removed before discharge.

‘Therefore, to be honest, it is difficult for me to even imagine how this could happen, at what stage.’

But the staff who worked at the maternity ward back then are no longer alive so cannot face any questions.

The families had their first court hearing on April 27 where they were reportedly told to get another DNA test.

Their next hearing is on May 18.

Parents going home with the wrong babies is extremely rare, with only 17 known cases throughout history.