Homicide detectives have charged a 19-year-old man from Somers with murder, while a 17-year-old boy from Frankstonhas been charged with affray, intentionally causing injury and committing offences while on bail. 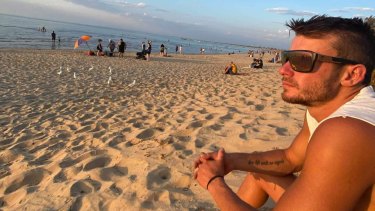 Cam Smith’s grieving father says his son was a hard worker with a heart of gold.

The Langwarrin carpenter, whose family remembered him as "a great young man" with everything to live for, was treated by paramedics but they were unable to save him.

A 21-year-old Somers woman was arrested on Friday in relation to the stabbing, but no charges have been laid against her.

The 17-year-old boy, who was arrested on Thursday, was due to appear in the Children's Court on Friday.

Detectives are continuing their search for another male and a female who they believe were involved in the incident.

Mr Smith's father, Mike, called radio station 3AW on Thursday morning to pay tribute to his son, who he said was a gifted athlete.

Mike said his son had just had dinner with his girlfriend on Wednesday night and they were getting into their car when a group of three or four men and a woman approached them.

During a confrontation with the group, "a bottle was broken, and in that fight he was stabbed in the heart and died fairly quickly," Mike said through tears. 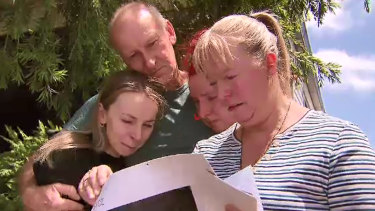 "I wanted to ring and talk about my boy. He was 26 … he had everything to live for. He was a go-getter, hard worker. He had a heart of gold, he would help anyone, anytime. He was a fantastic kid," he said.

Anyone who witnessed the incident or with information is urged to contact Crime Stoppers on 1800 333 000 or visit www.crimestoppersvic.com.au.

Catch all the day’s headlines

At the end of each day, we’ll send you the most important breaking news headlines, evening entertainment ideas and a long read to enjoy.  Sign up here.