TRUCKER Chris Parris could be on the road to MasterChef — after wowing pals with gourmet meals cooked in the back of his cab.

The long-distance driver, 43, shuns “greasy spoon” transport cafés to rustle up fine-dining dishes with just a camping stove and a tiny oven. 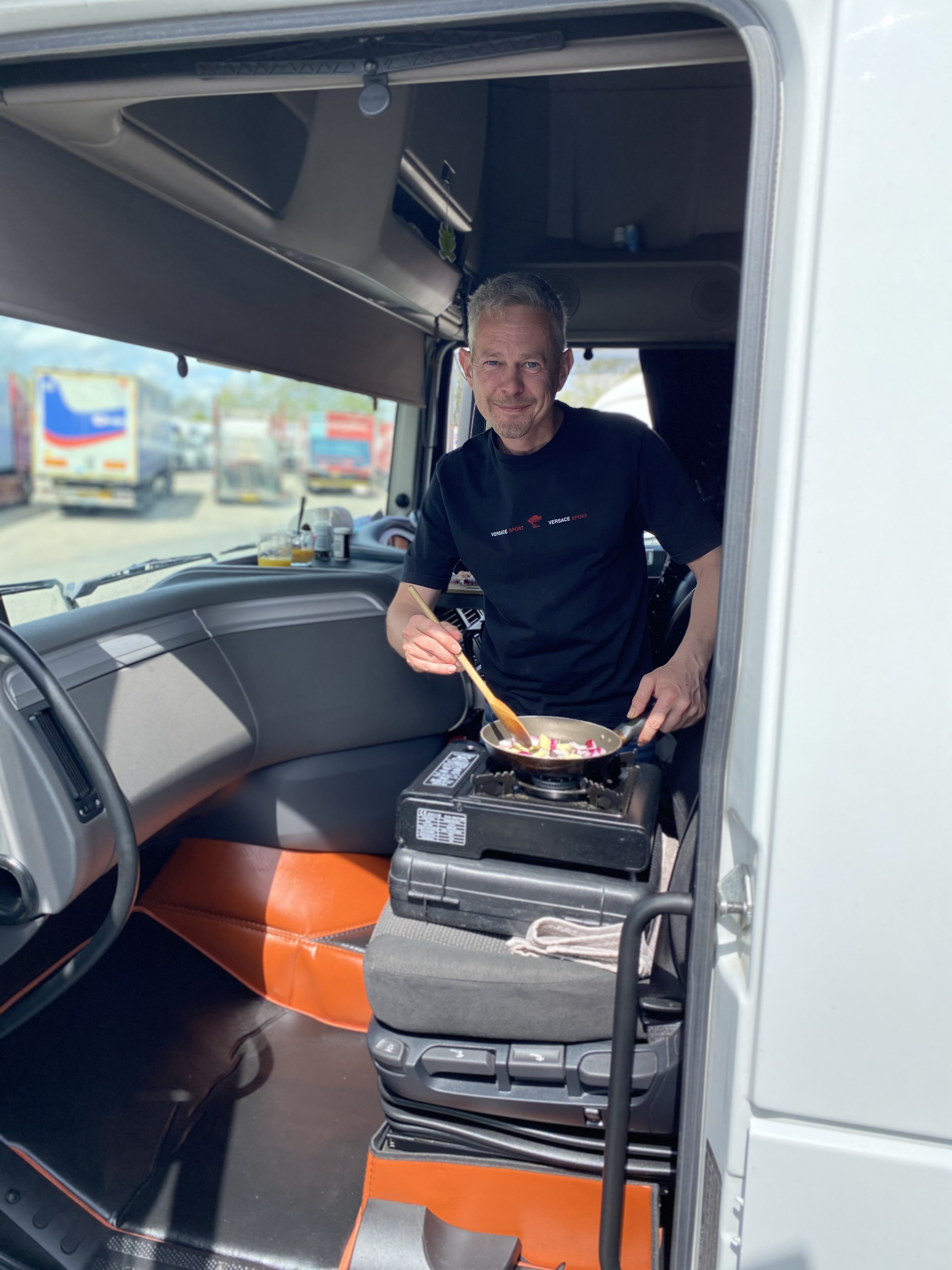 And photos of his creations — including pork Dijon, veal schnitzel and stuffed peppers made from scratch — have been a hit online.

Jokers have dubbed him “Gordano Ramsey”, in a nod to the truckers’ Gordano pitstop near Bristol.

And other hauliers have cheekily christened his DAF HGV a “heavy guts vehicle” while urging him to enter the hit BBC show.

Chris told The Sun: “Other drivers will often shout, ‘What’s for dinner tonight chef?’ But imagine me with four hobs and a double oven! Do you think Gregg Wallace would let me take my camping stove in?” 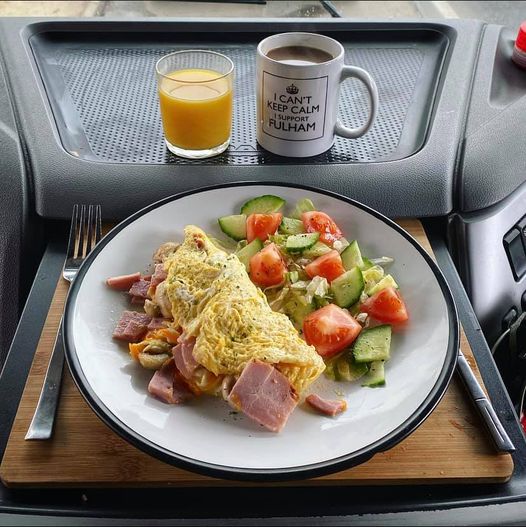 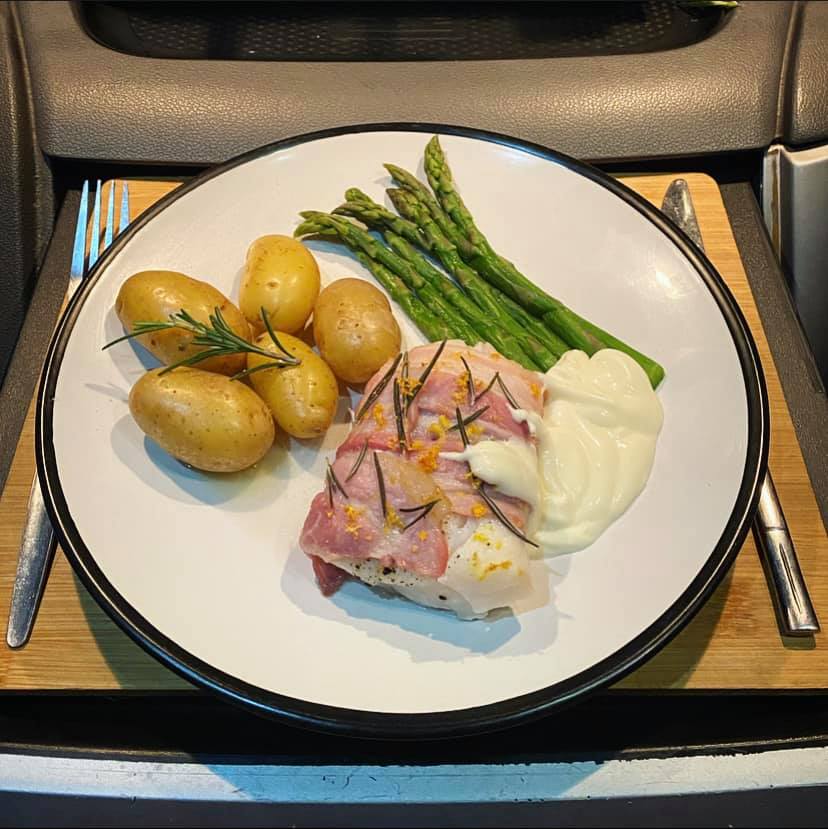 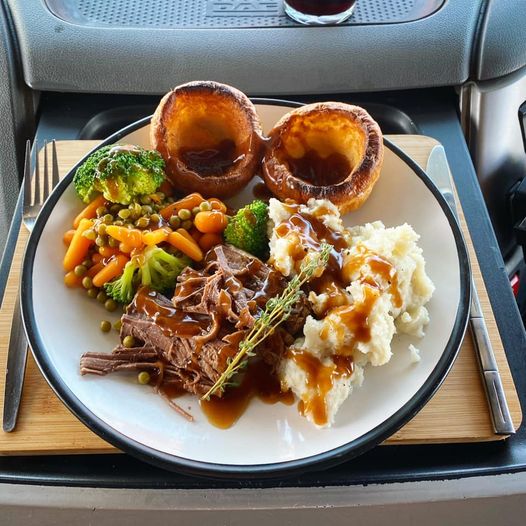 Chris, of Folkestone, Kent, began his meals-on-18-wheels after tiring of soggy chips and greasy burgers on his fortnightly runs across Europe.

He said: “I’d often finish my shift in the middle of nowhere at 4am and there was nowhere to get anything to eat.

“I used to put emergency food in my fridge, but then I bought a cookbook for students and it all went from there.

"Some of the guys I meet on the road tell me they can’t be bothered to cook after a long day driving, but it is my way of relaxing. 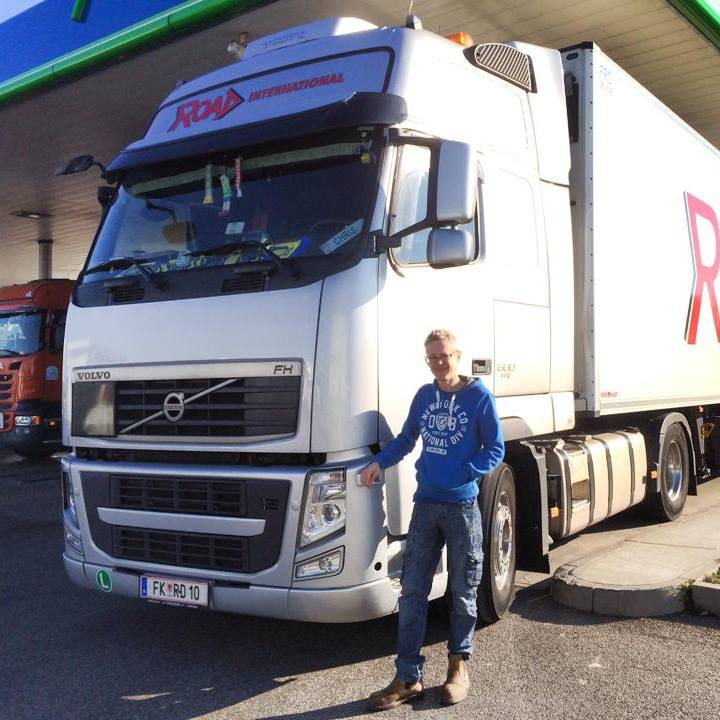 “In such a tiny space, I have to be very organised so I plan my meals a week in advance and always tidy up as I go along.

“And when I’ve enjoyed some Dijon pork followed by apple crumble, or a Mexican huevos a la flamenca with a nice glass of Rioja, I heat water in a saucepan and use that as my washing up bowl.”

His other favourite dishes include roast beef with Yorkshire pudding — or a curry created with his stash of spices kept behind his seat.

Chris added: “It doesn’t matter if I’m in France, Austria, or the Netherlands, I will always enjoy my days off wandering round the local towns and sourcing some fantastic fresh ingredients feeling like a true local.

“But my favourite country has got to be Italy. There’s nothing better than a fresh pasta dish made from juicy ripe tomatoes and silky mozzarella, or Parma ham and a creamy gorgonzola.” 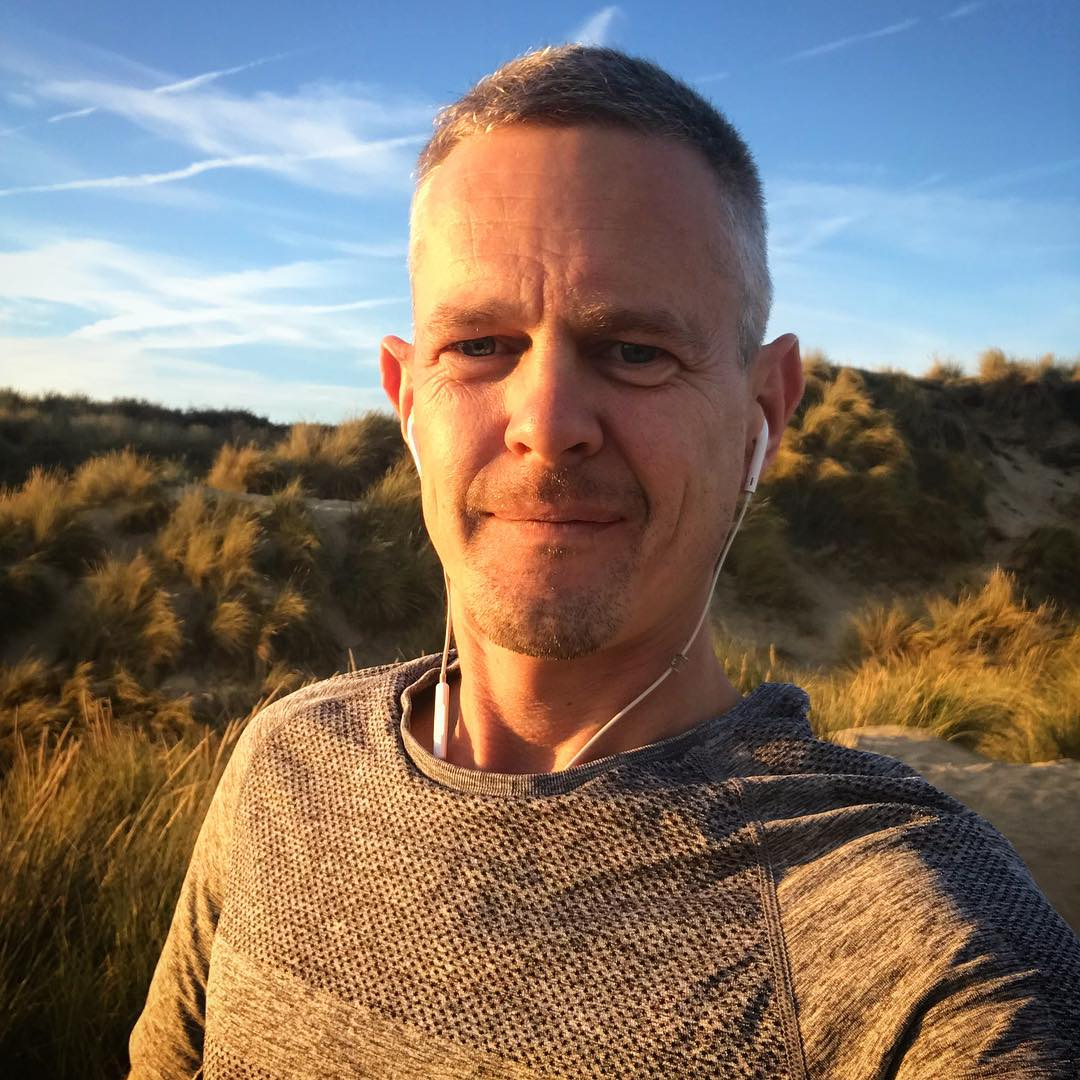 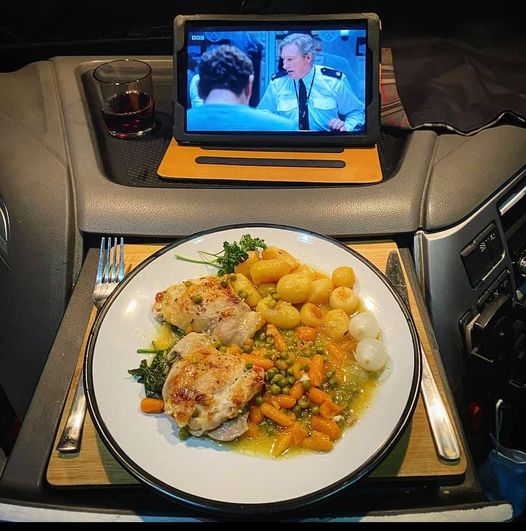