MOVING tributes have been paid to a 'quiet only child' stabbed to death yard from his home with a knife "as long as a leg".

Murder cops have launched a probe after the 25-year-old was slaughtered in Tilehurst, Reading, just before 7pm last night. 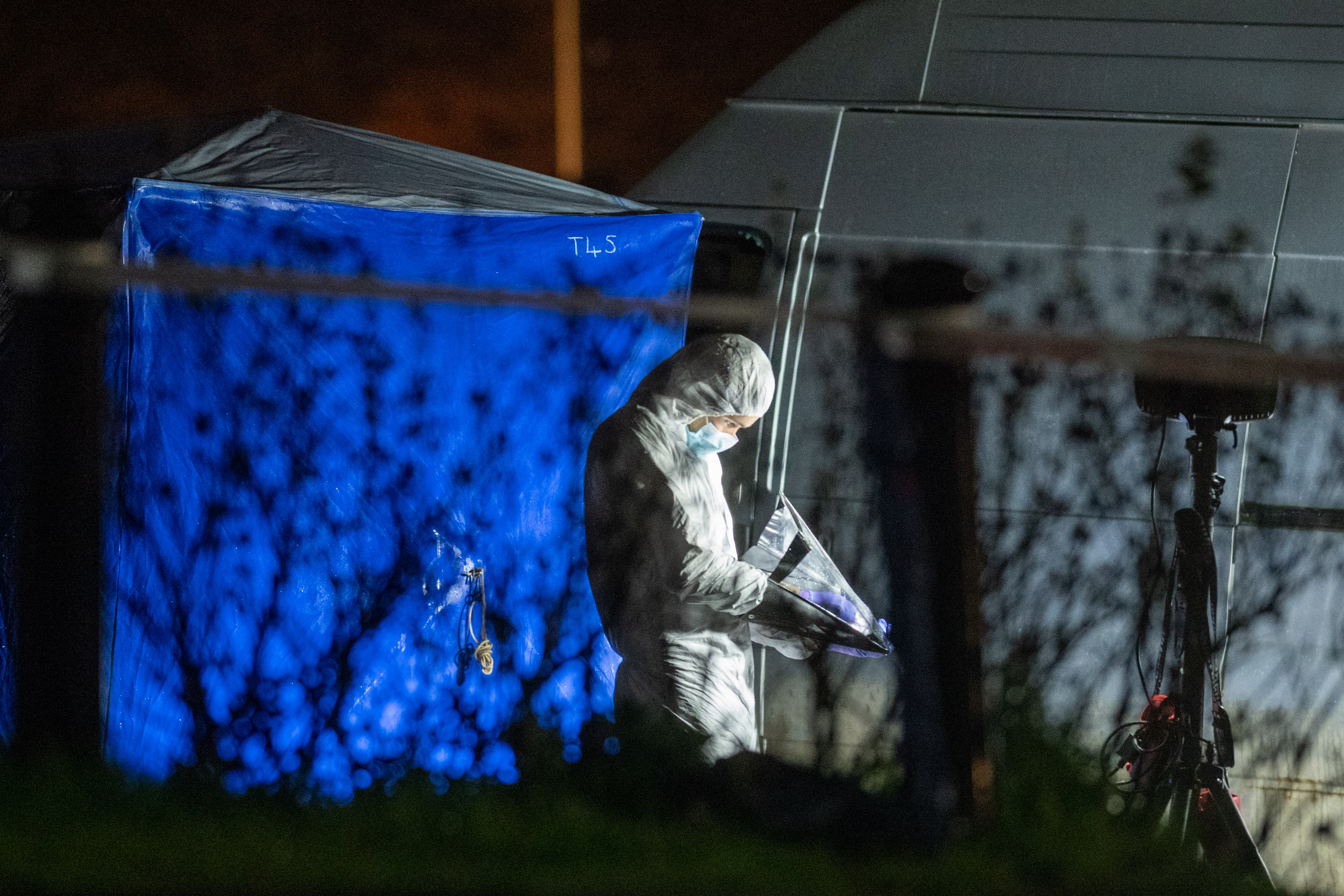 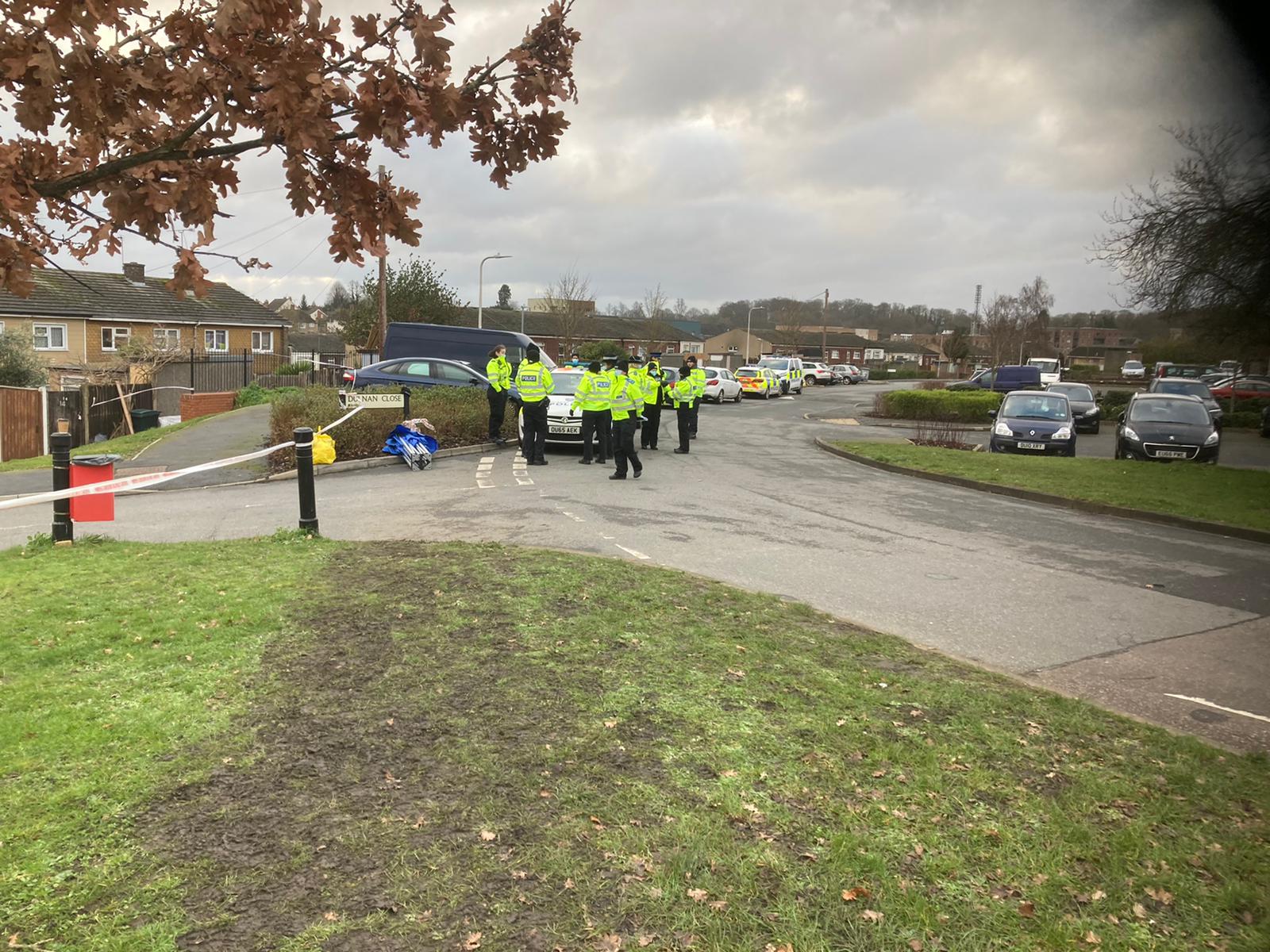 Now witnesses have told of how they rushed to help the lad, mopping his bloody face with towels as paramedics rushed to the scene.

Moments before the murder, neighbours heard cars smashing into each other. They then saw a man dressed in black running down an alleyway with a huge knife in his hand.

Brave members of the public ran to help the victim, who is thought to be named Raheem.

Some gave CPR while others brought out towels to clean the blood away.

A mum-of-two who saw the horror unfold said: “We heard a lot of shouting and couldn’t figure out what was being said. Then we heard the banging of cars smashing, ten times if not more.

“A man appeared from behind another car dressed all in black and he had a knife the size of my leg. 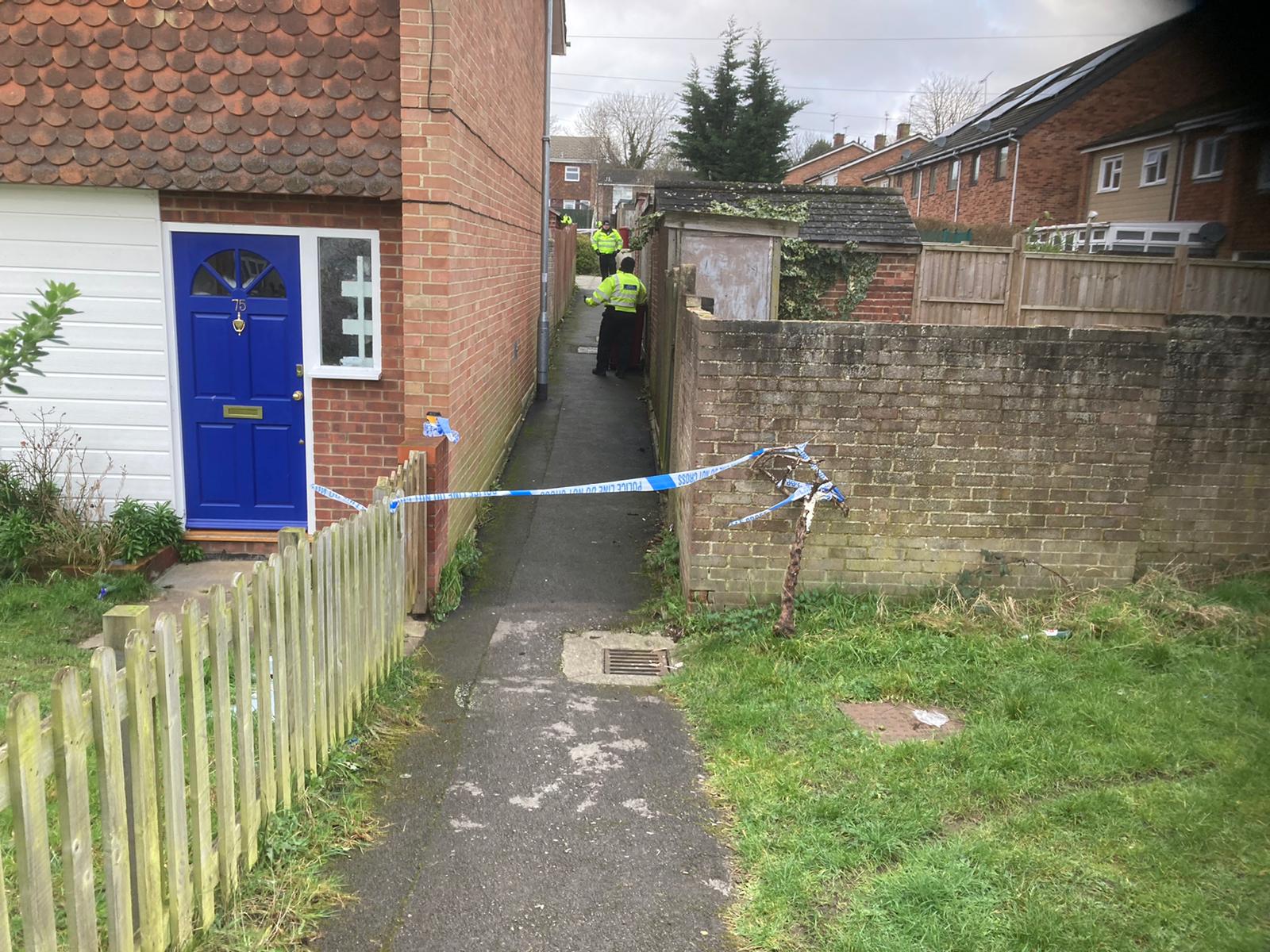 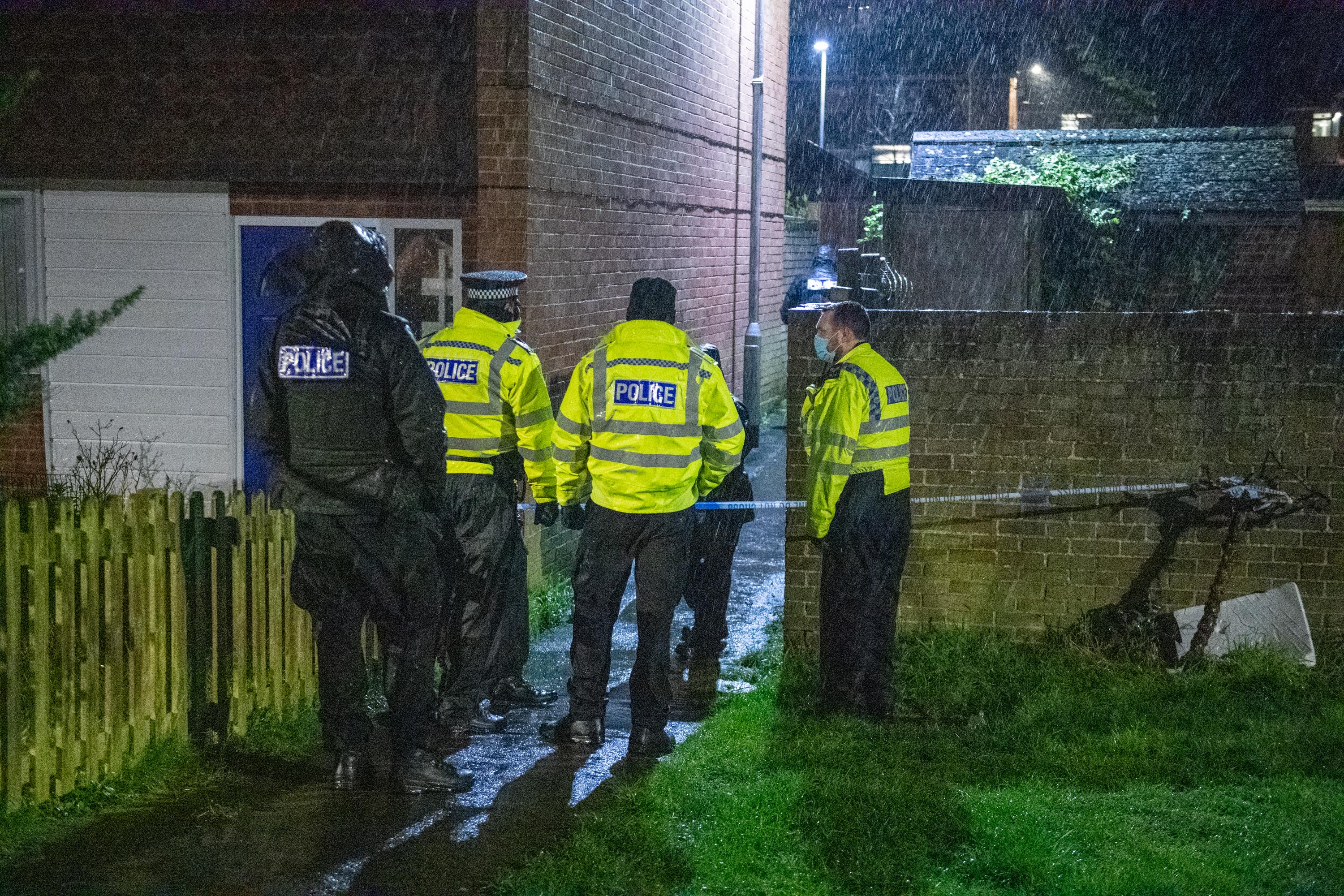 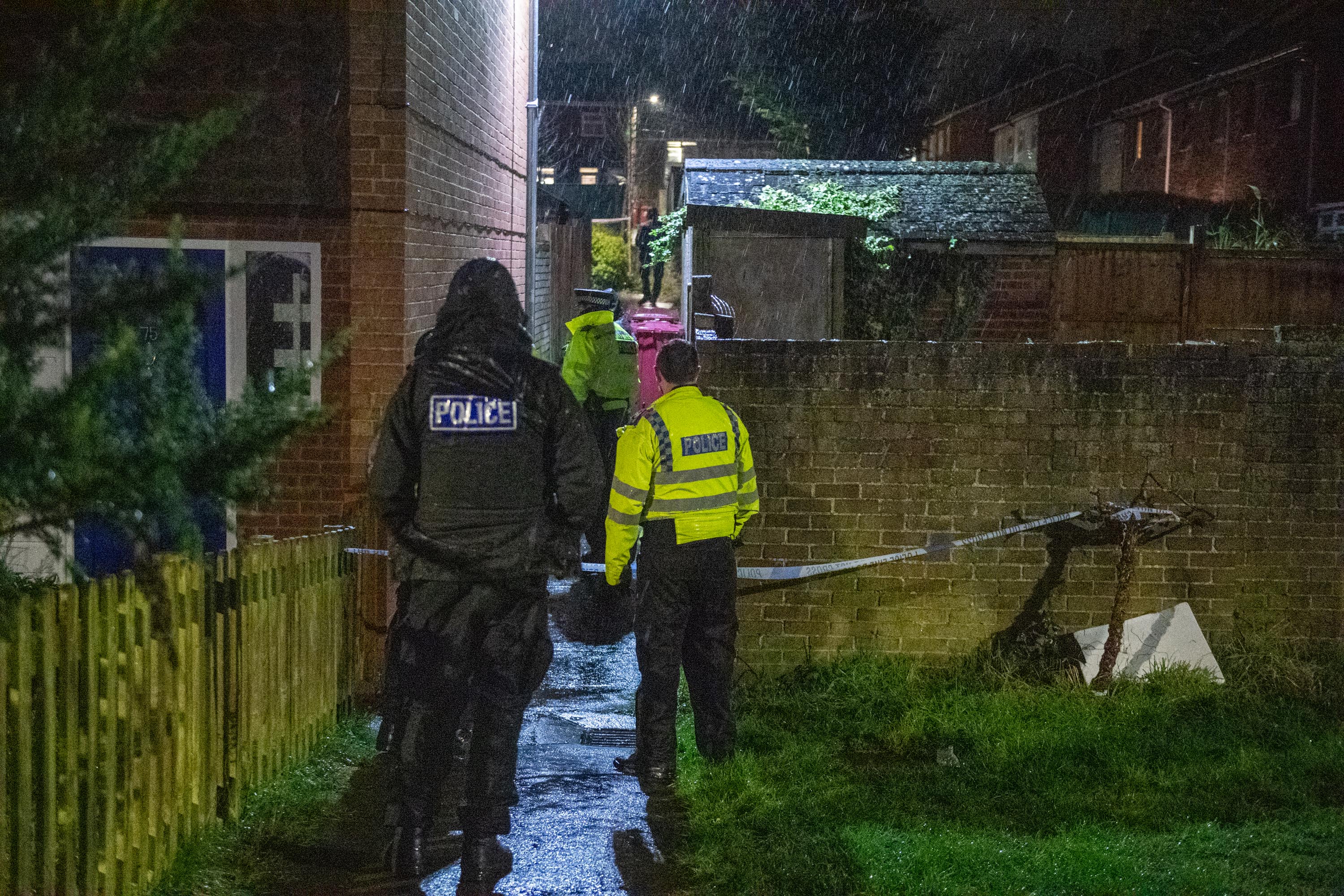 “He was running down the alley."

The 29-year-old ran to check on her children – and said: "When I came back, I heard a woman screaming."

Courageously, she then went outside to help, finding the victim lying on the ground.

"We got out torches out so we could see his face and we got towels," she said.

"All we could do is get towels and wipe his face, but it was clear he was dead."

A close family friend, who asked to remain anonymous, told of his heartbreak over the death of "such a nice boy".

"He was part of an Asian family, he was their only son. They live in the square just metres from where he died in the car park," the man said. 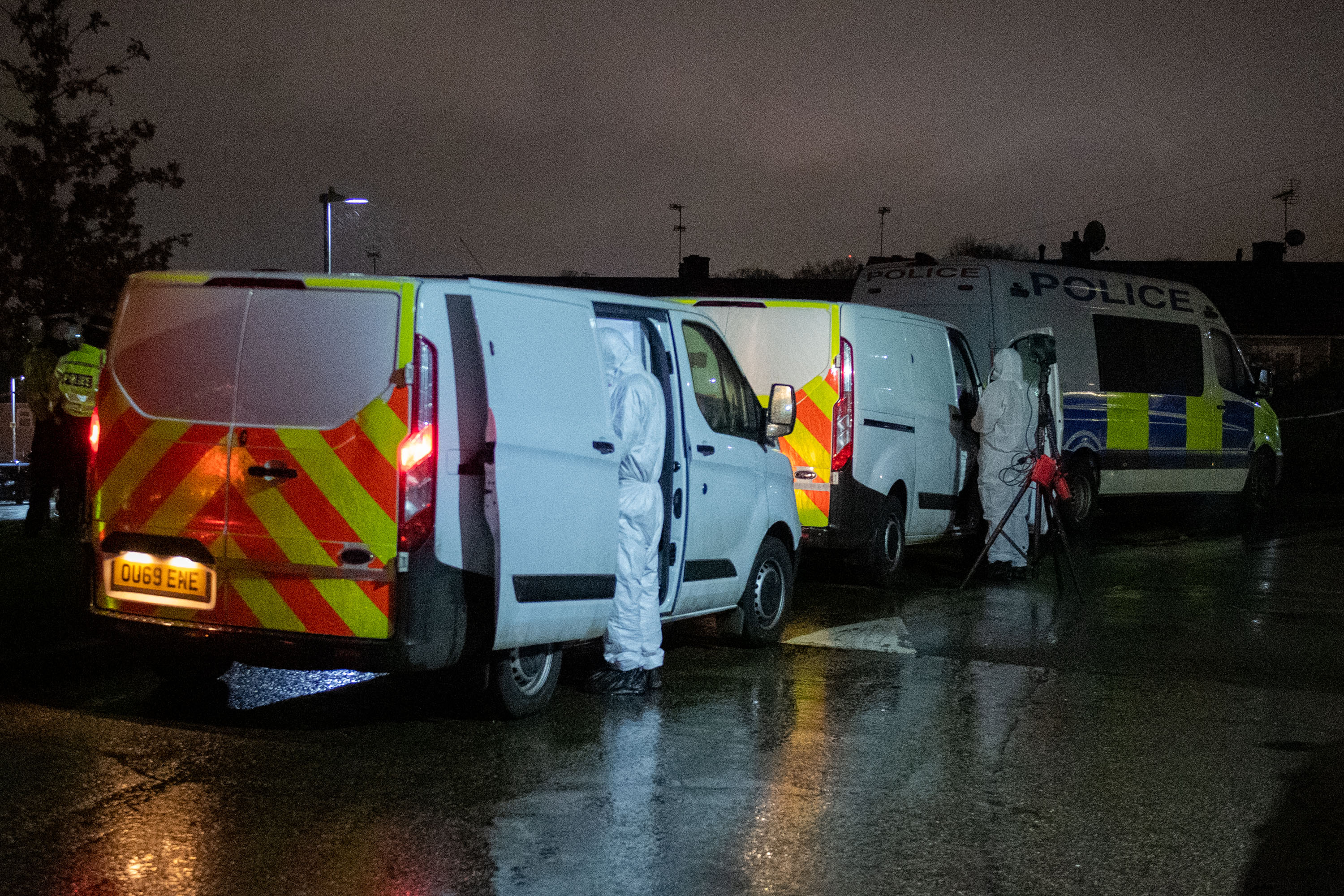 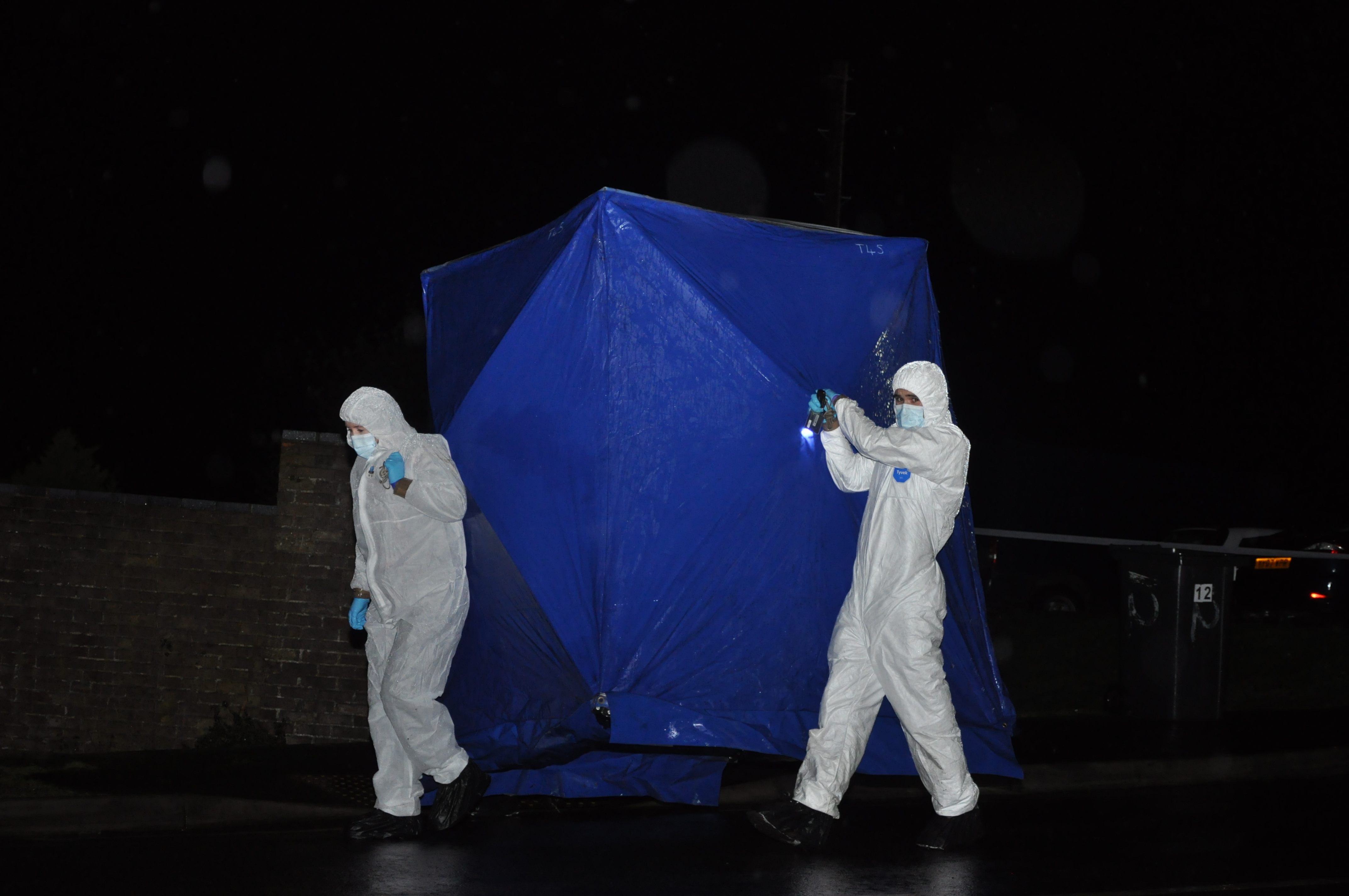 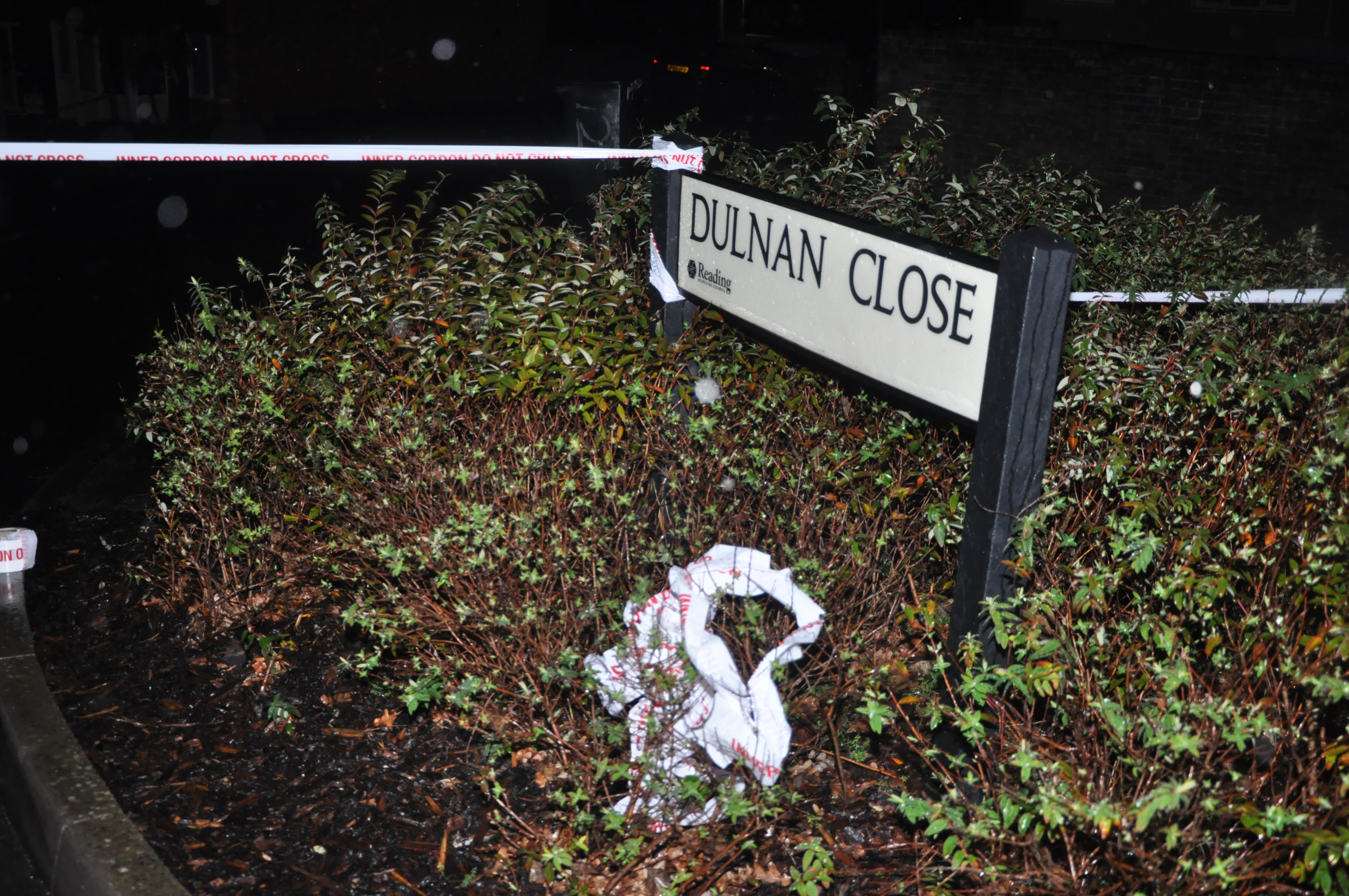 Local Anthony Mortimer said his step-daughter Daniella tried to save the victim's life.

"She phoned my partner saying, 'Quick, get the towels, there's a man bleeding'.

“She was one of the first ones to see him lying on the floor."

A post-mortem is being carried out by a Home Office pathologist today.

Detectives worked through the night at the murder scene, which had been cordoned off.

Superintendent Nick John, Reading Local Policing Area Commander, said: “What has happened will undoubtedly cause concern in the local community and I would like to reassure you all that we are conducting a thorough investigation into this tragic incident.

“Officers will be in the local area whilst inquiries are carried out. Please speak to them if you have any information or concerns.

"Our thoughts are with the man’s family and friends at this difficult time."