Victorian principals are bringing their retirements forward due to exhaustion and burnout amid warnings that the job has become so demanding that fewer teachers are aspiring to the role.

Australian Principal Federation Victorian president Tina King said a significant percentage of the organisation’s 1500 members had either retired or were considering retirement due to increased workload and COVID-related pressures.

“Our leaders have been admired for the ways they have navigated through the challenges, but there’s a toll,” she said.

The Australian Institute of Teaching and School Leadership’s (AITSL) latest national teacher workforce report, released in December, found that one in four teachers intended to leave the profession before retirement, with most citing unmanageable workload.

Veteran educator Phil Anthony, who retired last year after working as a principal in four Melbourne schools, said there were fewer applicants for principal jobs because the emerging leaders were thinking twice about the breadth of responsibilities a principal takes on.

“They are looking at the role of principals and thinking twice about it,” he said.

The lack of willing principals could become a problem with the swelling number of student enrolments. The Australian Bureau of Statistics predicts a 21 per cent increase in school enrolments in 2030 compared with last year. 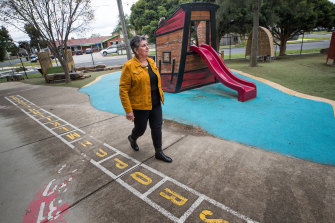 Loretta Piazza, principal of Meadowglen Primary School, says the stresses of the job have become too much.Credit:Jason South

Loretta Piazza has been a principal at Meadowglen Primary School for 18 years and is set to retire mid-year. She said COVID-19 was “the straw that broke the camel’s back”.

With the school coming in and out of lockdown and juggling teacher absences while working 50-60 hour weeks, she thought, “I can’t keep doing this”.

“A lot [of principals] have gone, there’s no doubt about it,” she said.

The issues are echoed in the Australian Catholic University’s recent Australian Principal Occupational Health and Wellbeing Survey 2021, which surveyed 2590 school leaders, and found principals across Australia were exposed to the highest burnout rates in a decade, and experienced frequent physical violence and threats.

Mark Grant, the chief executive officer of the Australian Institute of Teaching and School Leadership, said principals were reporting working double hours due to additional red tape and administration.

“What I’m hearing is that whatever the teacher shortage has been in the past year or two, it’s quickly becoming a principal shortage, a leadership shortage,” he said.

He said the state government’s recently launched Victorian Academy of Teaching and Leadership Education was a good step in encouraging teachers to gain expertise and follow pathways to school leadership.

“But without addressing red tape, the administrative burden, violence and abuse and unwieldy expectations on schools, it’s almost like you’re clapping with one hand,” he said.

The Department of Education said there had been a decline in attrition rates for principals since the start of the pandemic, and an increase in the number of teacher registrations since June 30, 2021.

But Ms King said that was not what they were hearing.

“There’s a lag in their data let me tell you. Certainly, that is not what we see. What we see contradicts that,” she said.

According to Victorian Principal Association president Andrew Dalgleish, a number of principals were retiring because they were exhausted.

“That’s a general comment from all educators,” he said.

One principal, commenting on the condition of anonymity, recently brought her retirement forward by more than a year because she felt she wasn’t getting the support from the Education Department she needed in the taxing role. She said when it came to COVID-19, there was a delay getting information from the department.

“When there’s a crisis, a death in the community, whenever something like that happens; when the fires happen, when the floods happen, people go to the schools. That’s where they congregate that’s where they want support and that all falls back on the principal,” she said. “It’s the same with COVID.”