Revealed: The Queen or Prince Charles have vetted more than 1,000 laws using procedure of royal consent before they were approved by MPs in parliament

More than 1,000 new laws have been vetted by The Queen or Prince Charles before they were approved by Parliament, it was claimed yesterday.

The secretive procedure, known as Queen’s Consent, has been used on Bills ranging from social security issues to the Article 50 law allowing Britain to leave EU.

Some of the wide-ranging legislation also affected her powers, wealth and personal property such as her Balmoral and Sandringham estates. 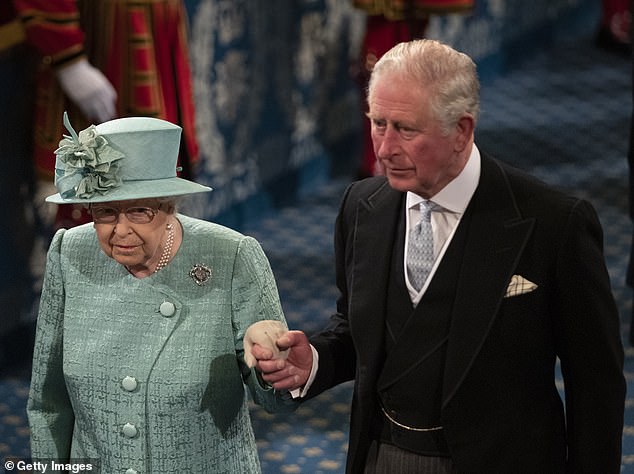 More than 1,000 new laws have been vetted by The Queen or Prince Charles before they were approved by Parliament, it was claimed yesterday

In a list compiled by The Guardian, at least 1,062 parliamentary bills have been subjected to Queen’s consent.

Stretching back to the London County Council Bill in 1952 at the start of her reign, the data shows that the procedure has been use far more extensively than previously thought.

As well as major legislation on matters like Brexit and establishing the Scottish Parliament, Queen’s consent has been used on obscure rules on car parking charges and rates for caravans and boats.

Under the procedure, government ministers are meant to privately notify The Queen of clauses in draft legislation that may affect hers and ask for consent to debate them.

It follows the controversy over her involvement in changes to a finance bill in 1973.

Lawyers acting for the Queen challenged the Bill, put forward by the Heath government, which could have led to the identification of shareholders who use front companies to handle their investments. 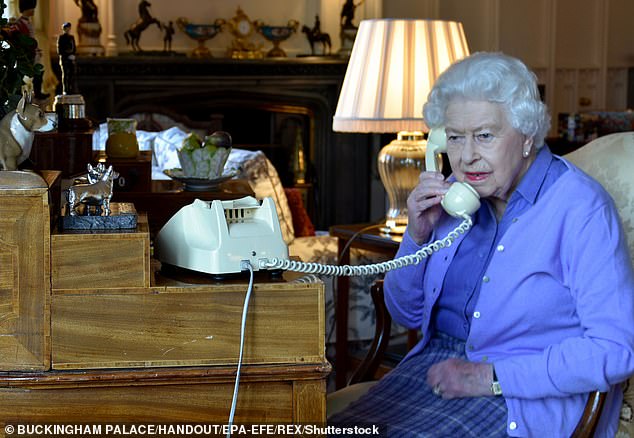 Under the procedure, government ministers are meant to privately notify The Queen of clauses in draft legislation that may affect hers and ask for consent to debate them

They feared she would be exposed to embarrassment if she were seen to hold a stake in companies caught up in controversy.

Then Trade and Industry Secretary Geoffrey Howe changed the bill to allow exemptions to protect her investments becoming public. Buckingham Palace insists the Queen has never used her powers to halt legislation.

A spokesperson for the Queen said: ‘Whether Queen’s consent is required is decided by parliament, independently from the royal household, in matters that would affect crown interests, including personal property and personal interests of the monarch.

‘If consent is required, draft legislation is, by convention, put to the sovereign to grant solely on advice of ministers and as a matter of public record.’

She added: ‘Queen’s consent is a parliamentary process, with the role of sovereign purely formal. Consent is always granted by the monarch where requested by government. Any assertion that the sovereign has blocked legislation is simply incorrect.’

The Cabinet Office said: ‘Queen’s consent is a longstanding convention and a requirement of the parliamentary process. Consent is routinely sought by the government and agreed by the monarch as a matter of course.’

What is Queen’s Consent?

Queen’s Consent is a procedure by which the government is required to ask the monarch for permission to debate laws that affect her.

It happens during the drafting of a bill that is in the process of going through parliament, and is declared in parliament usually at the second or third reading stage.

There are two main areas where it is used:

1. On matters that  affect the Royal prerogative (the powers of state), such as the ability to declare war, granting of honours or issuing passports;

2. When a law affects the assets of the crown, such as the royal palaces or hereditary revenues, including the Duchy of Lancaster or Duchy of Cornwall, as well as personal property or personal ‘interests’ of the Crown.

Parliamentary lawyers would decide that a bill requires such consent, and a government minister would write to the Queen to request permission for parliament to debate it.

A copy of the bill is sent to the Queen’s private lawyers, who have 14 days to consider it and to advise her.

If the Queen grants her consent, parliament can debate the legislation and the process is formally signified in Hansard, the record of parliamentary debates.

But if the Queen withheld consent, then the bill cannot proceed and parliament is in effect banned from debating it. But in practice this is unlikely to ever happen.

A spokesman for the Queen said of the Consent procedure: ‘Queen’s consent is a parliamentary process, with the role of sovereign purely formal.

‘Consent is always granted by the monarch where requested by government. Any assertion that the sovereign has blocked legislation is simply incorrect.’

Consent is also different to Royal Assent, which is given after a bill passed through both Houses of Parliament and must be made into law. Assent is needed for all legislation.

The last time it was withheld was by Queen Anne for the Scottish Militia Bill 1708, who did not give it on the advice of ministers for fear that the proposed militia ‘would be disloyal’.