A TESCO shopper slammed the "inedible" £11 breakfast he was served with soggy eggs yesterday.

Nick Frankish couldn't eat the unappealing looking dish after being unable to get over its resemblance to "snot". 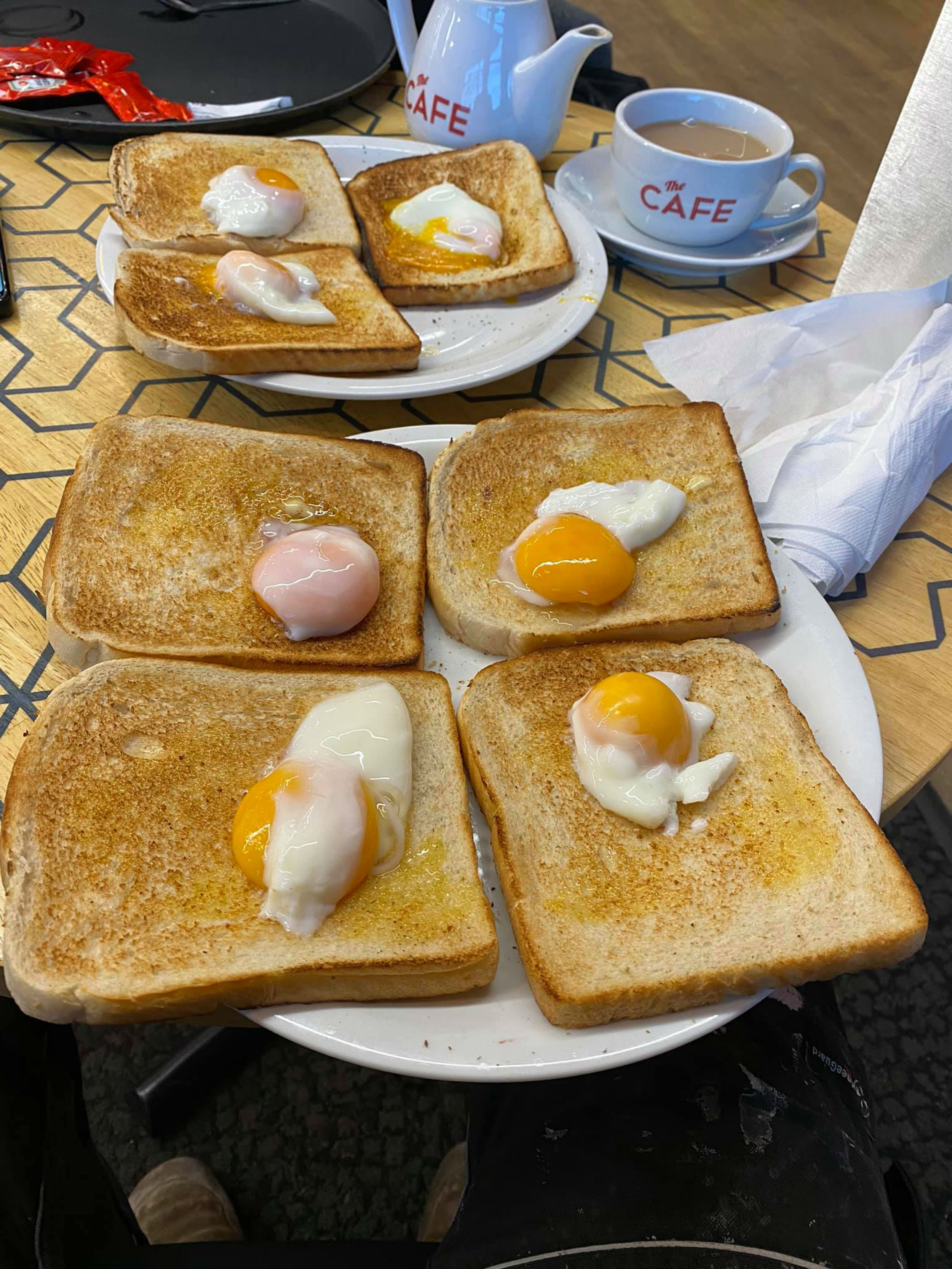 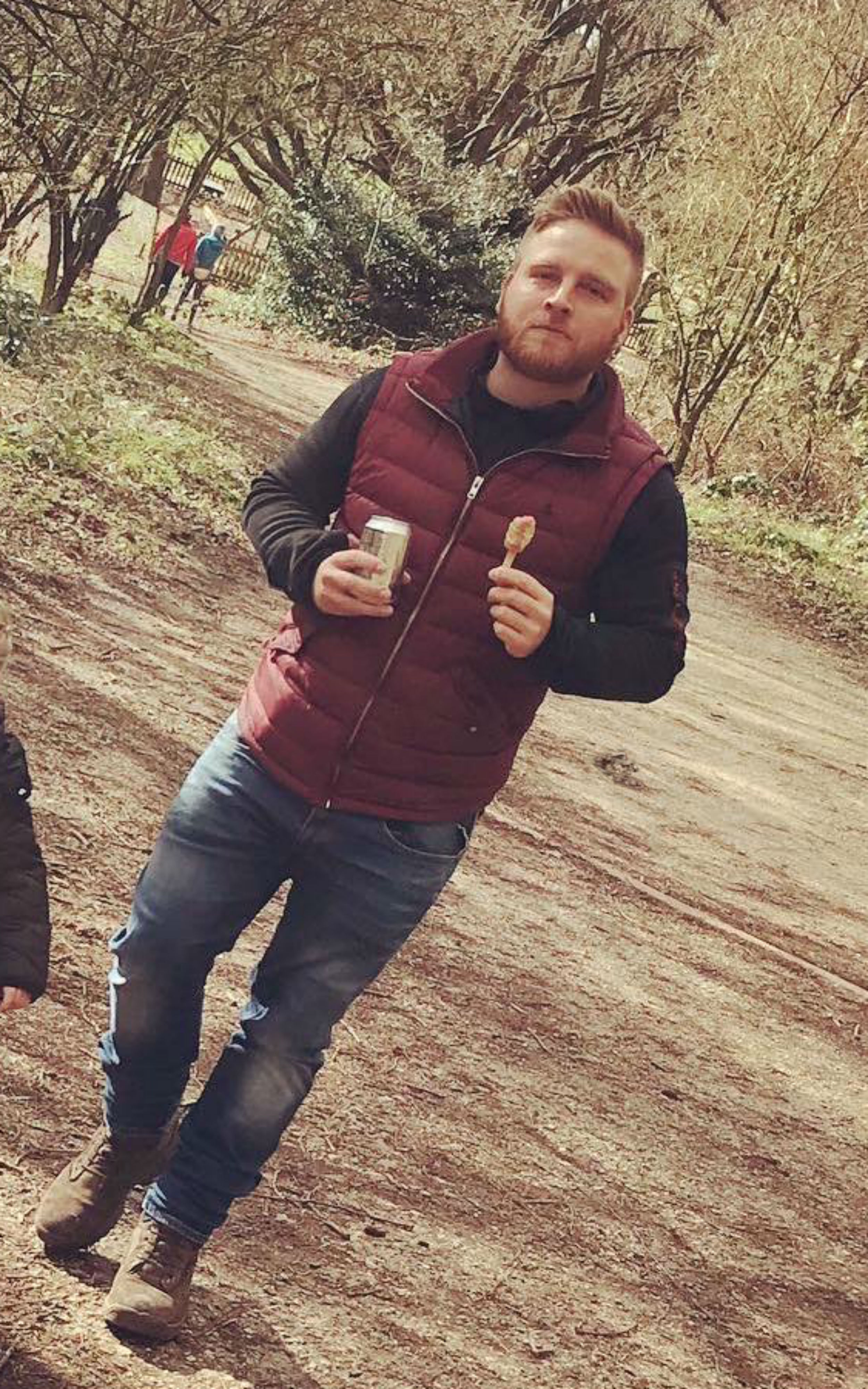 He and a pal had popped into the Olerton Tesco store cafe in Newark, Nottinghamshire for a quick breakfast on Tuesday.

They ordered a pot of tea and seven poached eggs on toast, and awaited the feast.

But they were less than thrilled when they were later served slimy-looking eggs on dry toast.

The 29-year-old couldn't stomach the disappointing offerings and asked for his money back before leaving.

Nick posted a snap of the failed meal on Facebook – with people instantly comparing the eggs to "snot" and "afterbirth".

Tagging Tesco, he jokingly wrote: “Just want to say a massive thank you for my lovely poached eggs this morning, not."

Suzanne Gaskell commented: “Looks like something I sneezed into a tissue.”

And Chris Cain said: “Did you say egg on toast or afterbirth on toast? Crikey Mikey!”

Speaking today, plumber Nick said: “There were two of us having breakfast that’s why there are so many eggs.

"I was working in the middle of nowhere so I couldn't pop to a shop when I got to the job as it would waste an hour.

“When they brought them to the table we just looked and thought not a chance are we eating them.

"We just laughed and said we won’t be eating them.

"It was an old lady that was in the café on her own so we felt bad for her, bless her, as she looked rushed and stressed.

“We took them back and got a refund then went to [the] cob shop next door. Job sorted.” 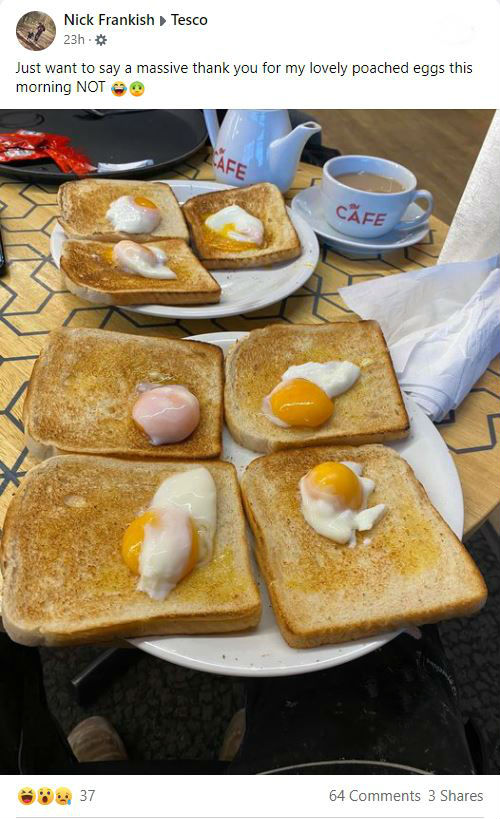 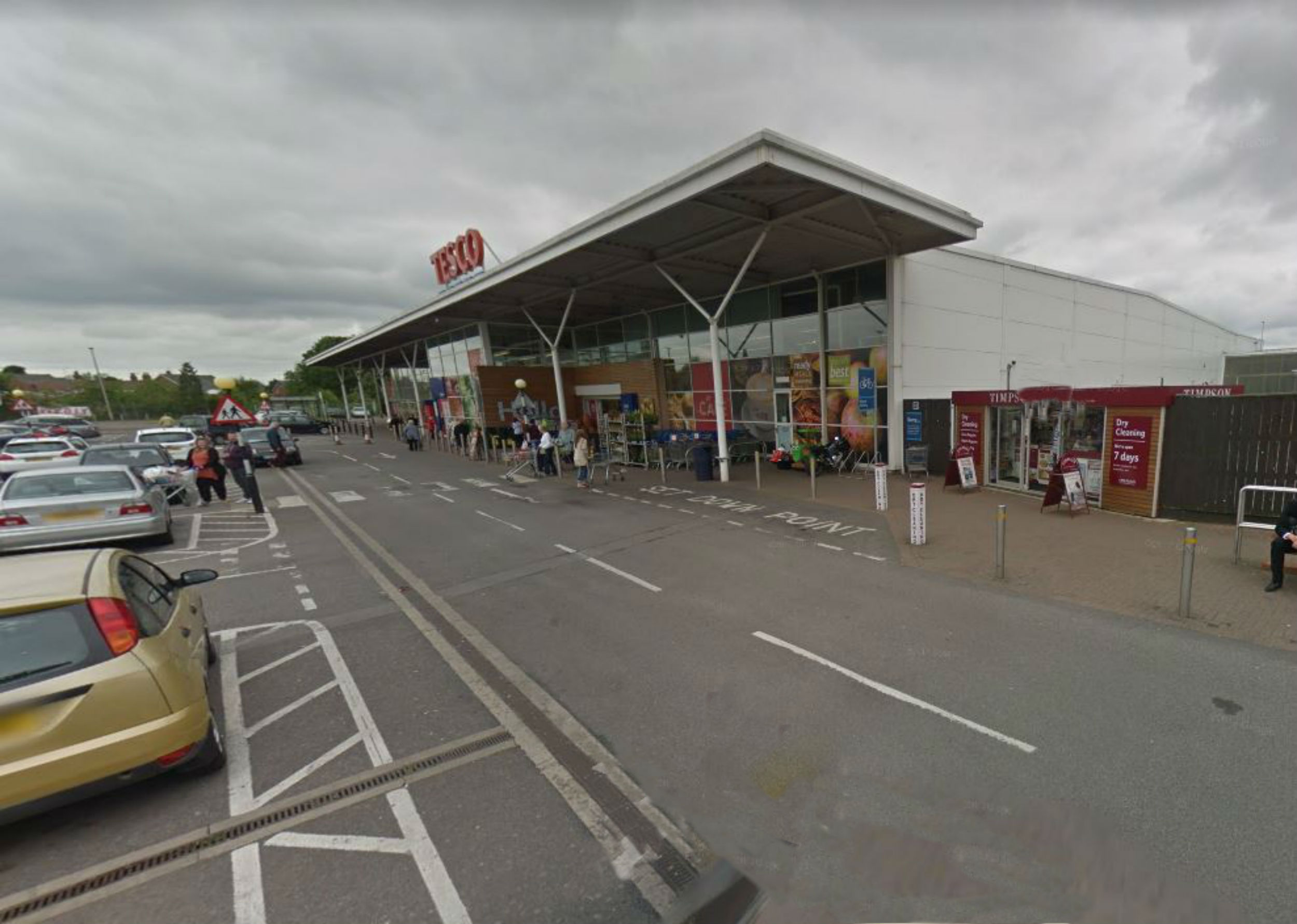