SUPPORT for a Scottish independence bid is at a record high with almost six in ten backing a split from the UK.

In a poll asking Scots if they had to vote tomorrow what would they chose, 58 per cent said they would vote for the country to break away. 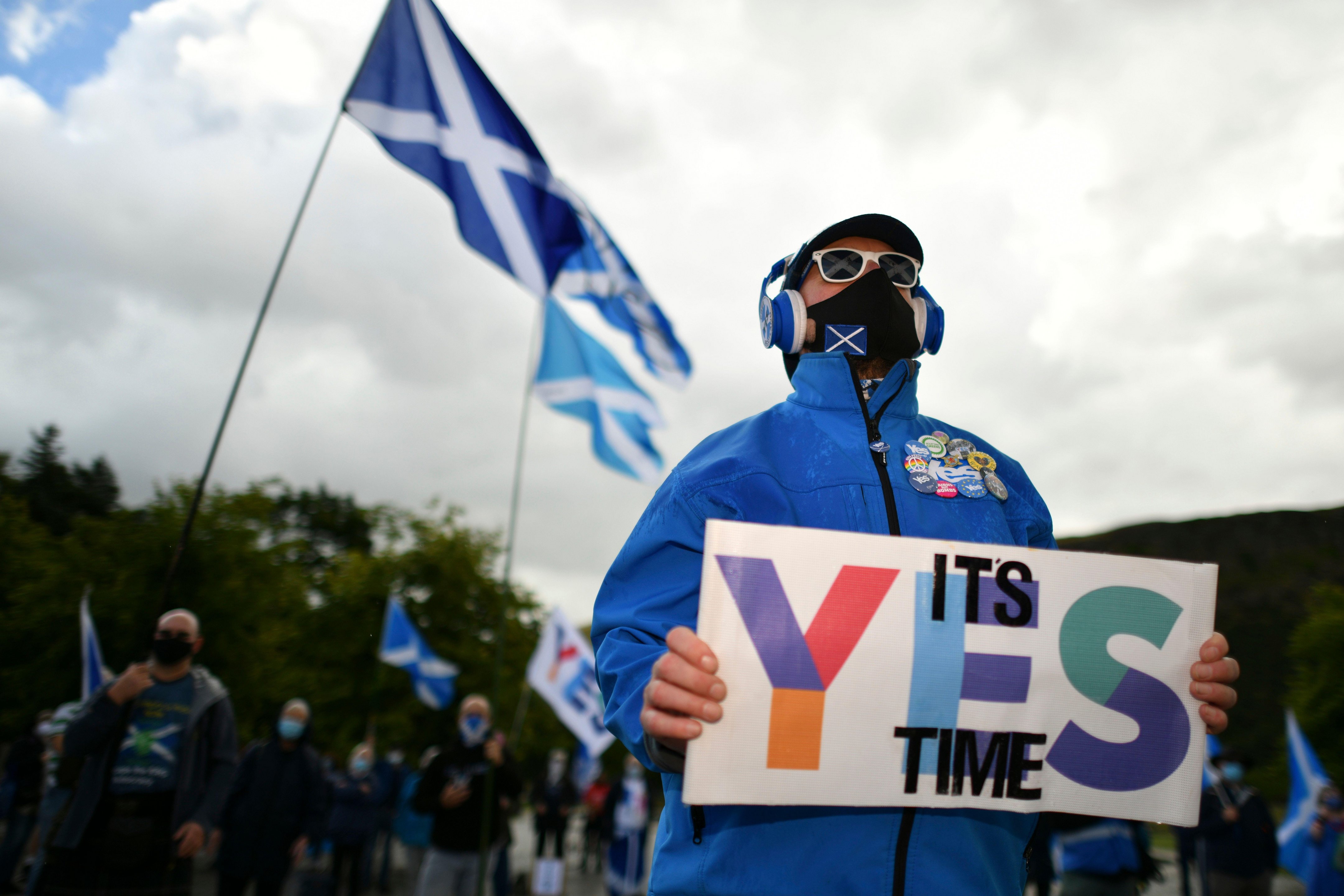 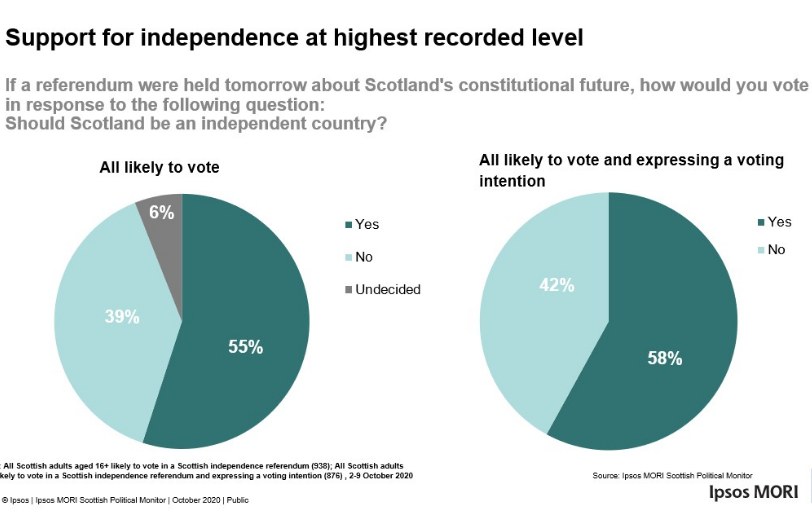 The analysis by Ipsos Mori for STV found more than half of those polled would vote, and they would vote yes to independence.

Earlier in the year 54 per cent of voters indicated they would say "yes" if given another chance, with the desire appearing to have grown in recent months.

Emily Gray, managing director of Ipsos Mori Scotland, said: "Our latest poll will put a spring in the step of nationalists but makes grim reading for unionists.

"The Scottish public have shifted even further towards supporting an independent Scotland, with record numbers now saying they would vote Yes.

"Of course, we are still a long way out from next May's Holyrood elections, but SNP support currently looks very strong, buoyed by Nicola Sturgeon's high satisfaction ratings among Scottish voters.

"Our poll suggests that there will be significant public pressure for the UK Government to transfer powers to the Scottish Parliament to hold a second independence referendum if the SNP win a majority at next year's Holyrood elections."

In another poll Scots have voiced their disapproval of Boris Johnson's leadership, with 76 per cent dissatisfied with the PM.

It comes two months after the Prime Minister branded the Union between Scotland and England “the greatest political partnership the world has ever seen”.

In a pointed message to Nationalists critics and Nicola Sturgeon, he said the UK is “admired and loved around the world”.

As the SNP soar in the polls ahead of crunch Scottish Parliament elections next year that could pave the way to another referendum on Scottish independence, Mr Johnson warned it would be “such a shame to lose the power, the magic, of that union”.

Asked what the Union meant to him during a visit to an East London school, Mr Johnson said: “What people in this country often don’t appreciate is the way the UK is seen abroad.

He added: “They don’t see us as England or Wales or Scotland or northern Ireland, what they see is great British institutions.”

While Scots ultimately voted to remain in the union, the turnout was 84.6 per cent – the highest recorded for an election or referendum in the UK since the January 1910 general election.

If the referendum was granted and Scotland left the UK, the newly reformed state would most likely require a hard border.

In their manifesto in May 2018, the SNP promised "the Scottish Parliament should have the right to hold another referendum… if there is a significant and material change in the circumstances that prevailed in 2014, such as Scotland being taken out of the EU against our will". 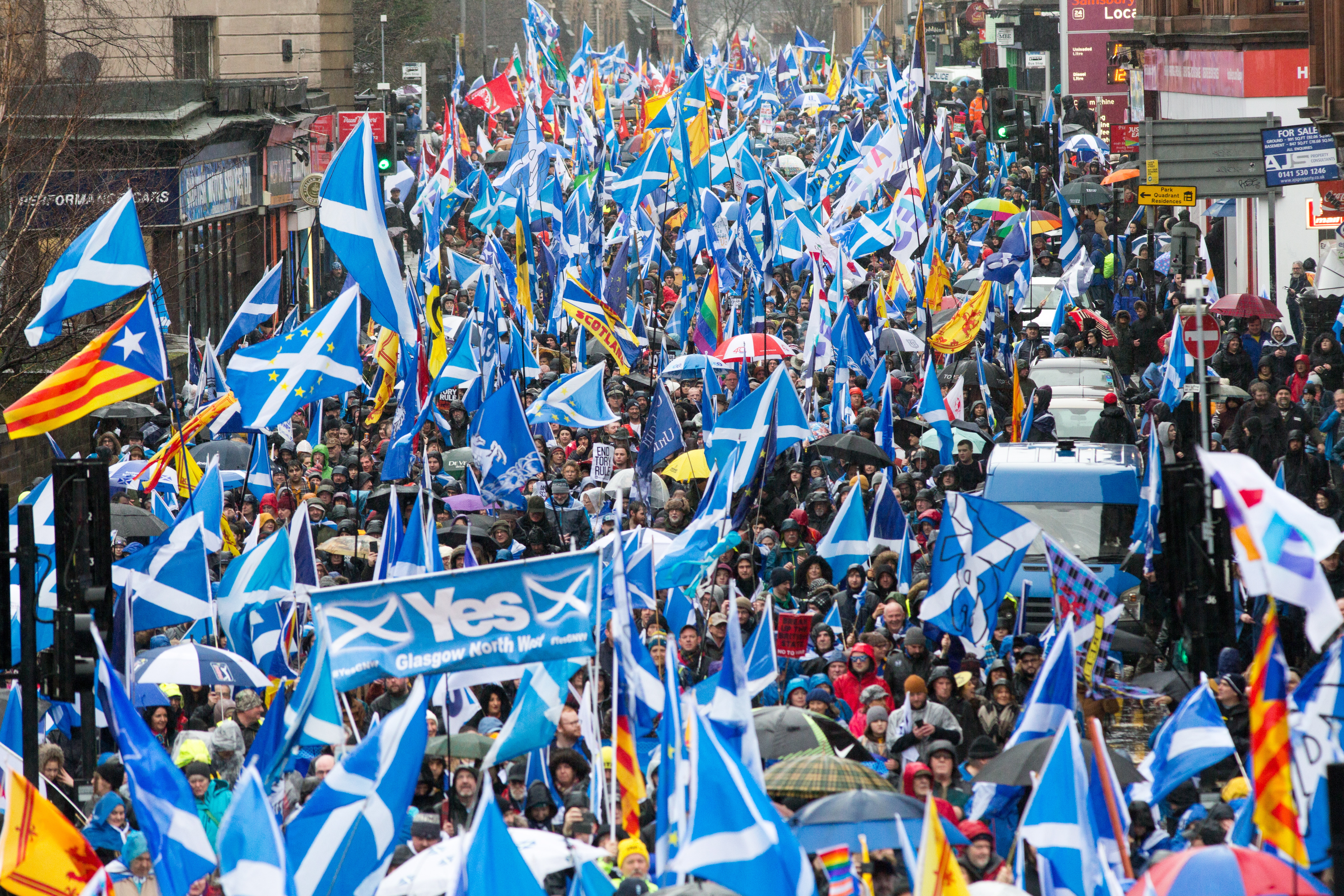