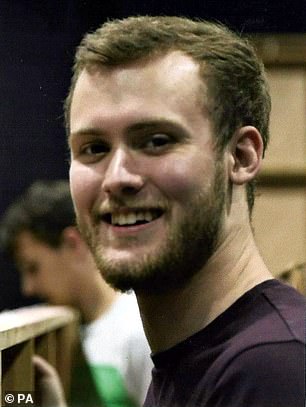 A student was killed after a four-hour drinking session at a university rugby ‘bonding and initiation’ ceremony, an inquest heard today.

Sam Potter had taken part in the end of season event which saw friends down ‘concoctions’ of alcohol – including lager, Guinness, rum and food sauces – in a shed with tarpaulin on the floor to catch spillages and vomit.

The 19-year-old University of Gloucestershire student fell asleep on the floor and was found dead by teammates the next day, on May 9, 2019.

Toxicology tests found Mr Potter, a second year, film production student, from Hersham in Surrey, had drunk a fatal level of alcohol and was the equivalent of more than four-and-a-half times the legal drink-drive limit.

The university is now appointing a new director of sport to look after the welfare of students after acknowledging they face peer pressure at such initiations.

Mr Potter’s parents, Kevin and Lindsay, said: ‘It appears that none of the students involved had any idea of the dangers associated with drinking large amounts of alcohol over a short amount of time, or how to recognise the signs of alcohol poisoning and the potential for it to be fatal.’ 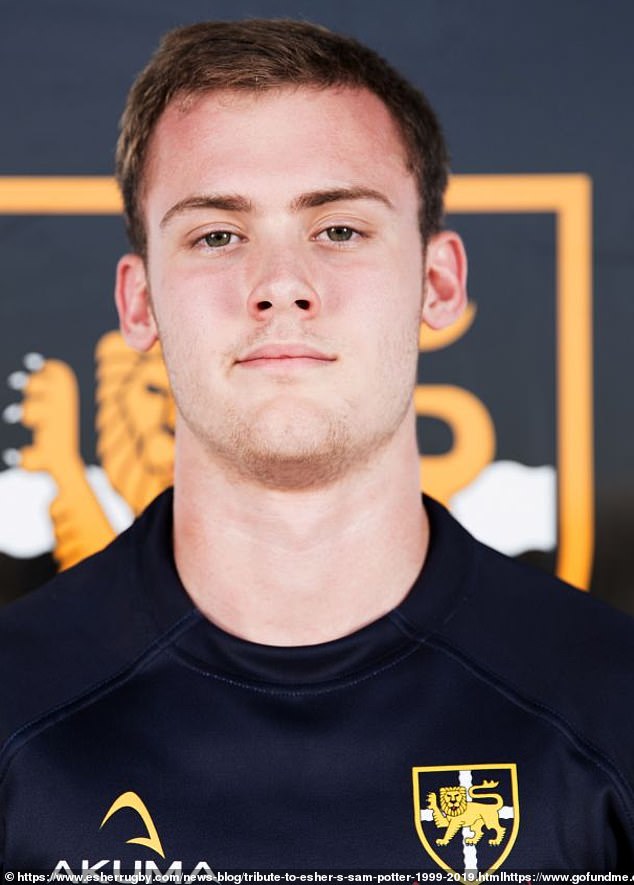 Gloucestershire Coroner’s Court heard around 15 first and second year students had been taking part in the end of season initiation games consuming drinks mixed by third and fourth years, on the afternoon of May 8.

At 6pm several students went home but Mr Potter – described as being ‘extremely intoxicated’ – stayed at the house and fell asleep on the floor leaning against a sofa.

The alarm was raised at about 5.30am the following day when friends could not wake the teenager. Paramedics attended and confirmed his death.

Police did not find any third party involvement and could not be sure exactly what he had consumed.

Detective Sergeant David McCoy told the hearing: ‘Everybody who was there, was there of their own free will and voluntarily and engaged in those games voluntarily and were able to stop if they wished to do so.

‘There was nothing based on the other students we spoke to that give us any cause for concern. It was a tragic accident.

‘I see the list of drinks being drunk, ranging from rum, Guinness, lager and all sorts and items of food and sauces I think were taken as well… various different things. Exactly what he did drink, I don’t think I know.’

Katy Skerrett, senior coroner for Gloucestershire, explained experts regard a level of more than 350mg as being potentially fatal.

Following Mr Potter’s death, the University of Gloucestershire commissioned an independent report into the culture and practices of its sports clubs and societies.

Student registrar, Stewart Dove, said the report made 22 recommendations, including employing a director of sport.

Ms Skerrett asked Mr Dove about peer pressure which had been highlighted in the report. 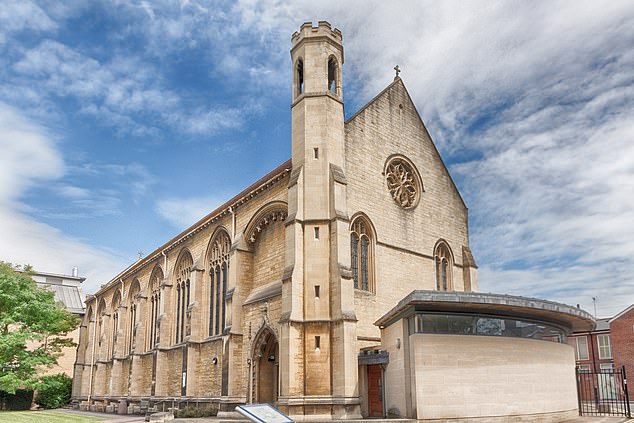 He said: ‘I think there is no doubt there was a culture in that group, which meant you probably felt you had to attend and had to join in. I don’t think we can try and duck that issue.’

Recording a conclusion of alcohol-related death, Ms Skerrett said: ‘Sam clearly consumed a large amount of alcohol at that event. There is nothing to indicate attendance was anything other than voluntary.

‘Clearly, there is an element of peer pressure in any such event, but the evidence points to this being a voluntary attendance by Sam.

‘What seems very clear is the amount Sam consumed tragically exceeded the amount that can cause fatal alcohol toxicity and very tragically Sam succumbed to the effects of that toxicity.’

Speaking afterwards, Mr Potter’s parents, Kevin and Lindsay, said: ‘His strength of character made it all the more shocking that this had happened to him.

‘Education around this is key. But so is addressing the problem areas in the culture of sport that can exist at universities.

‘We are heartened to hear of the independent research that has been undertaken into the culture of sport at the University of Gloucestershire and problem initiations.

‘We also recognise that this is not just about the University of Gloucestershire and that it is likely there are many other universities in the UK with similar problems.

‘Our hope is that by increasing the awareness of these issues, universities step up to try and change things for the better for their students. Affecting positive change in drinking culture will not be easy but we have to try.’

In a joint statement the university and the students’ union said: ‘We have already begun work to ensure the culture of sport at the university is changed for the better, building on the strengths identified in the report while also learning the lessons of this tragic case which has been deeply distressing for all concerned.’

Sam, affectionately known as ‘Potts’, had been a member of the Esher rugby team since the age of five and had captained the U18s in Surrey League 1.

Ina tribute after his death, the club said he was ‘admired as a player’ and described him as, ‘a natural leader and a mate by everyone that had the honour to play with or coach him.’