The greedy beast was snapped grabbing a two-inch mouse by its buttocks and chomping on its neck resulting in the prey's sudden death. 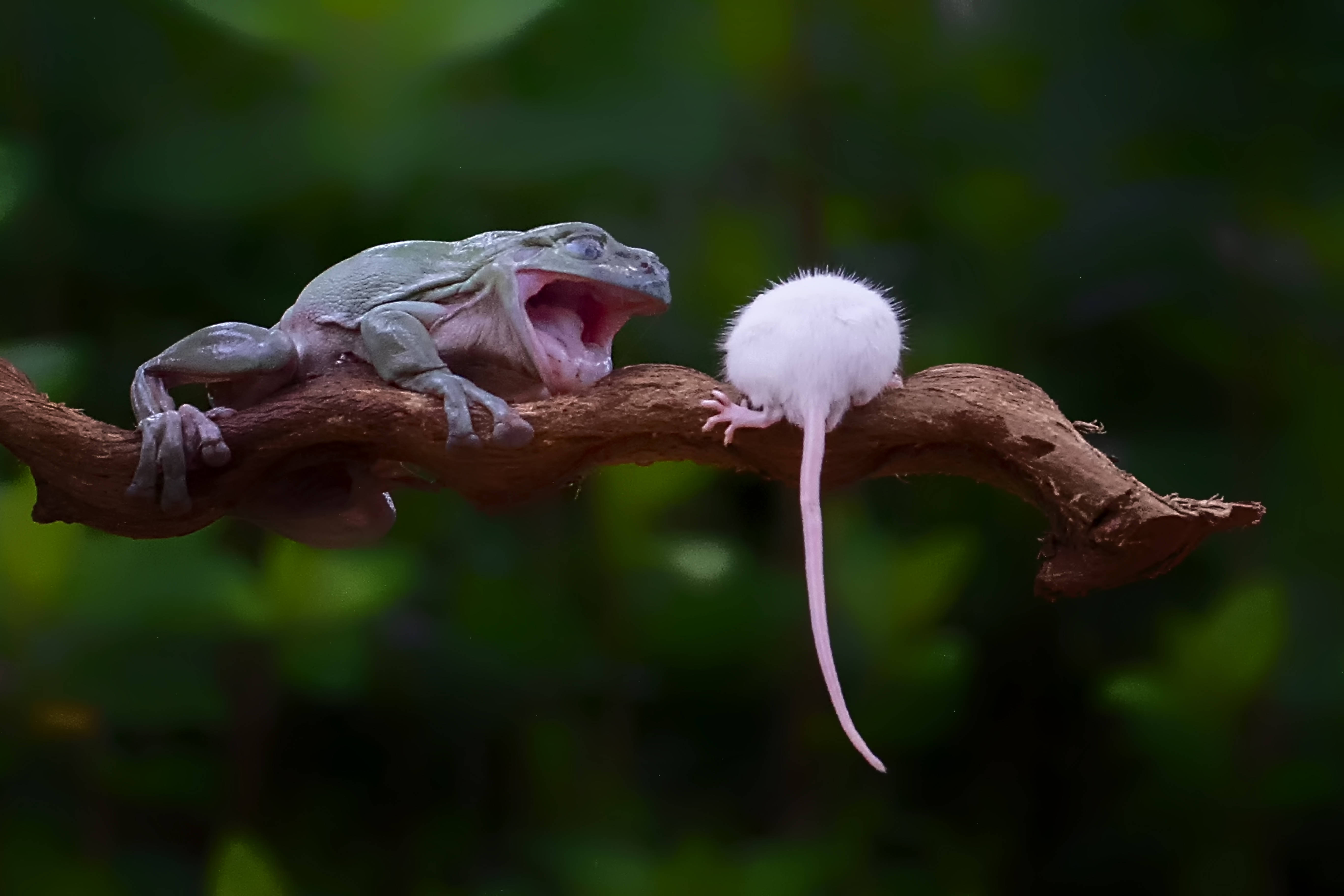 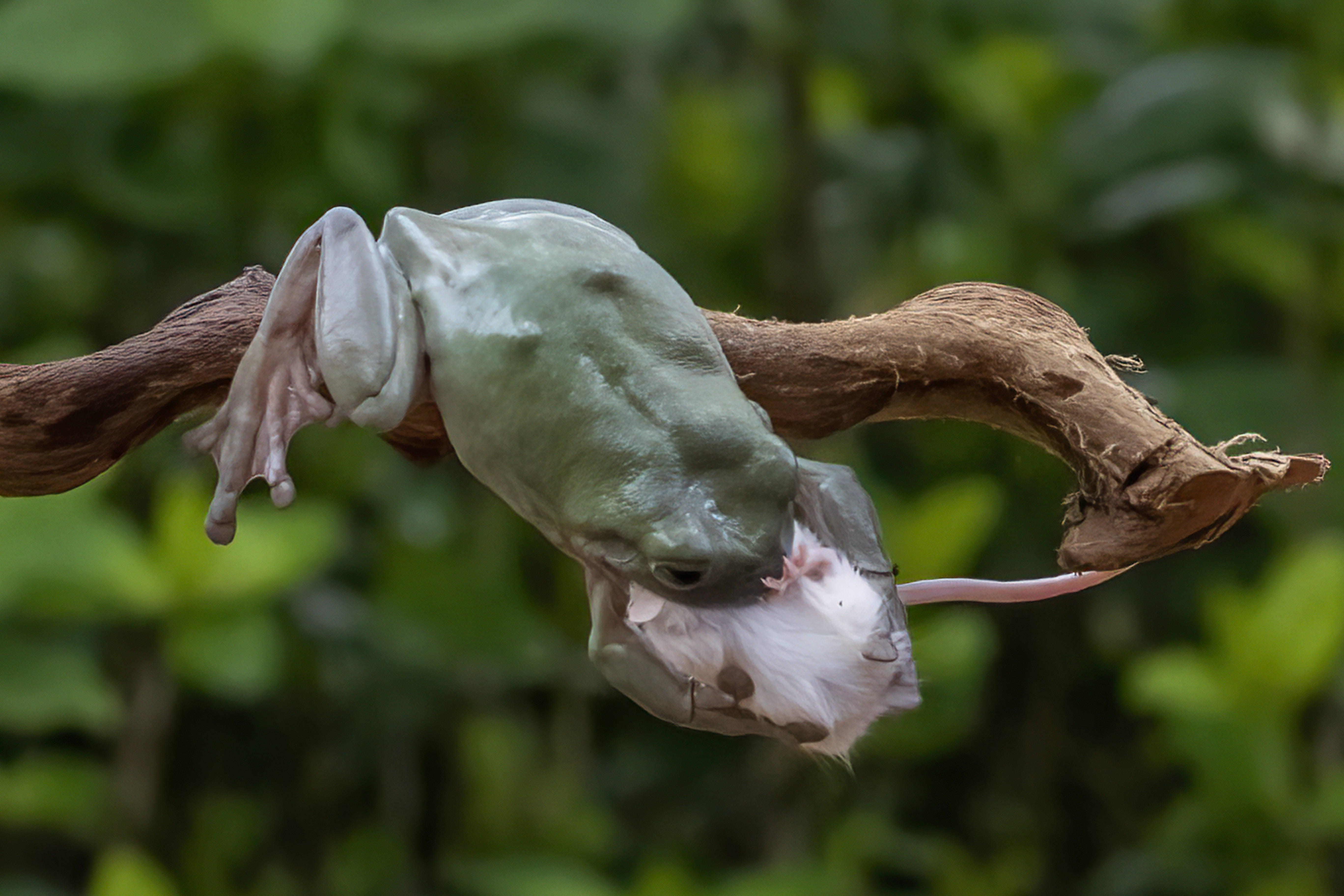 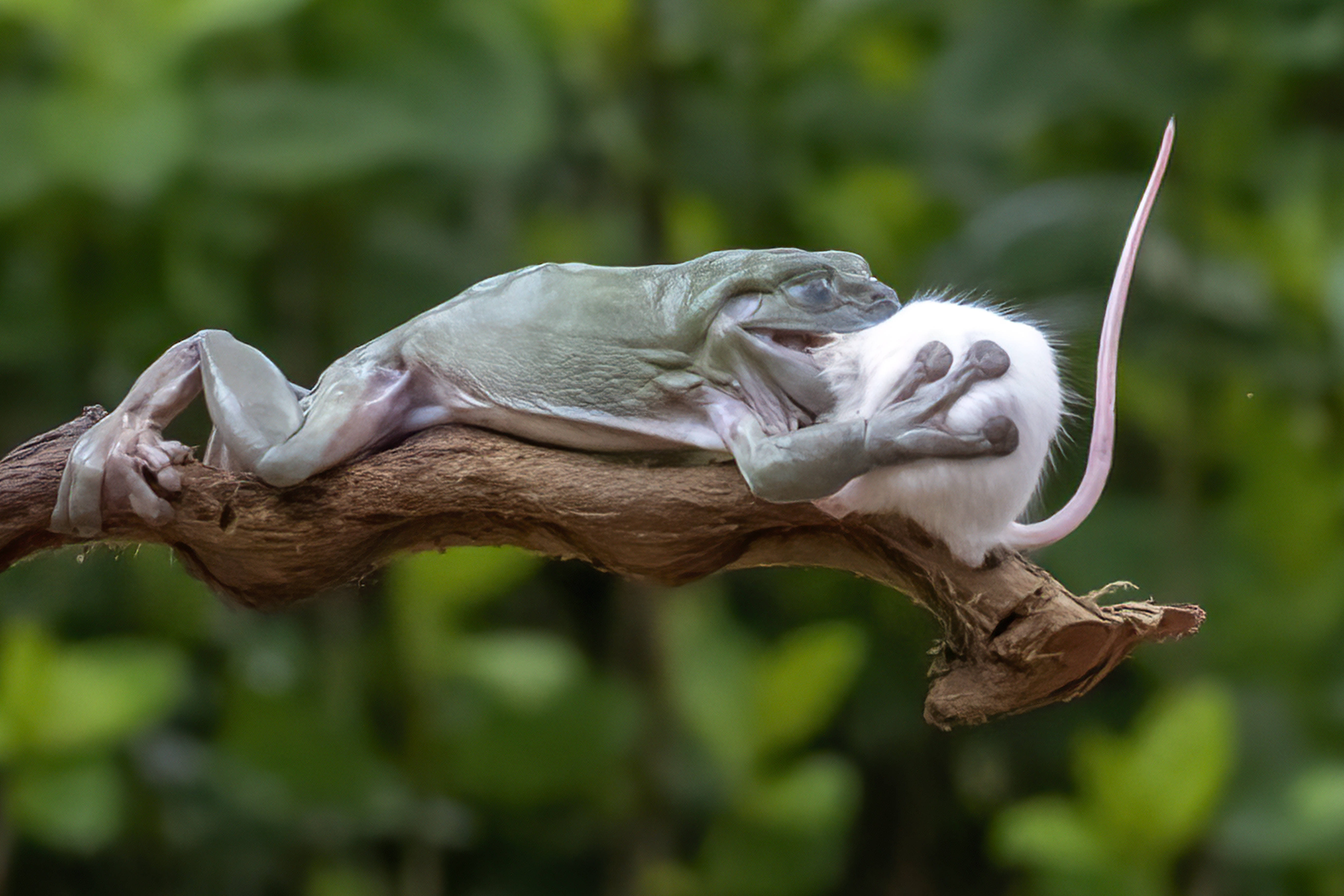 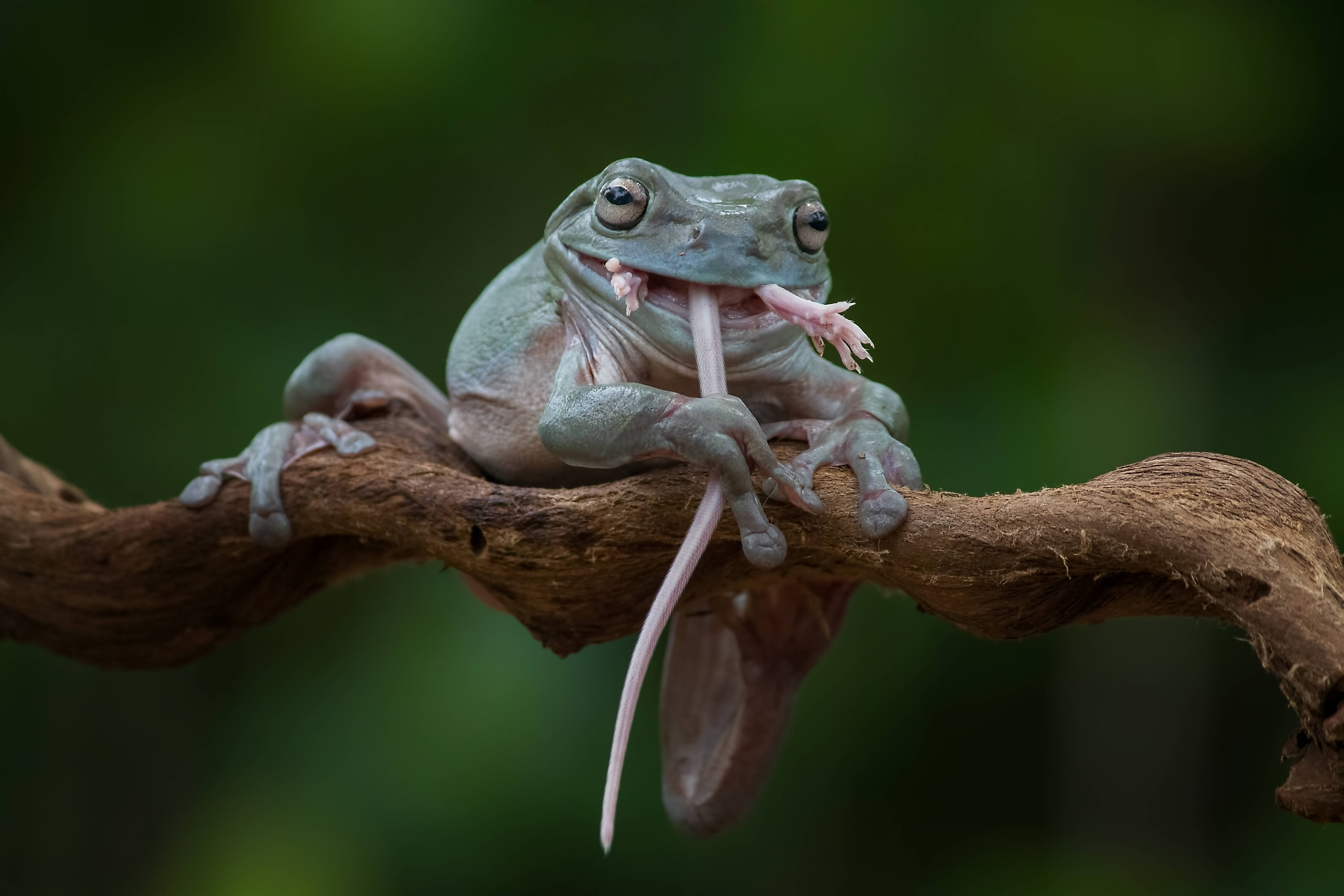 Captured by photographer Dzul Dzulfikri, 48, in Beksai, Indonesia, another photo shows the rodent's tail and feet poking out the mouth of the three-inch frog.

Dzul, who witnessed the attack in his back garden, said the green tree frog – which belongs to his friend – used it’s entire body to crush the mouse and swallow it in around five minutes.

He said: “Usually frogs eat insects, but this dumpy frog saw the mouse – which is quite big compared to the frog’s body – and proceeded to catch the rodent with its mouth in just two seconds.

“Although the mouse tried to wriggle and escape its way out of the frog’s mouth, the frog had bit the mouse’s neck and cut off its breath, killing it instantly.

“At this moment, the frog then swallowed the mouse slowly bit by bit until it was entirely gone which took around five-minutes.

“I was standing around nineteen-inches away from the action.

“I was so surprised that this tiny frog could eat a mouse that’s nearly the same size and it was a bit scary seeing how strong the frog's muscles were."

Green tree frogs – Ranoidea Caerulea – are one of the biggest green frogs to exist and originate from Australia.