A CHURCH in Baltimore burst into flames on Saturday and caused the steeple to fall.

The Urban Bible Fellowship Church pastor, John Williams, said that the building was empty at the time and "trusts God to rebuild it." 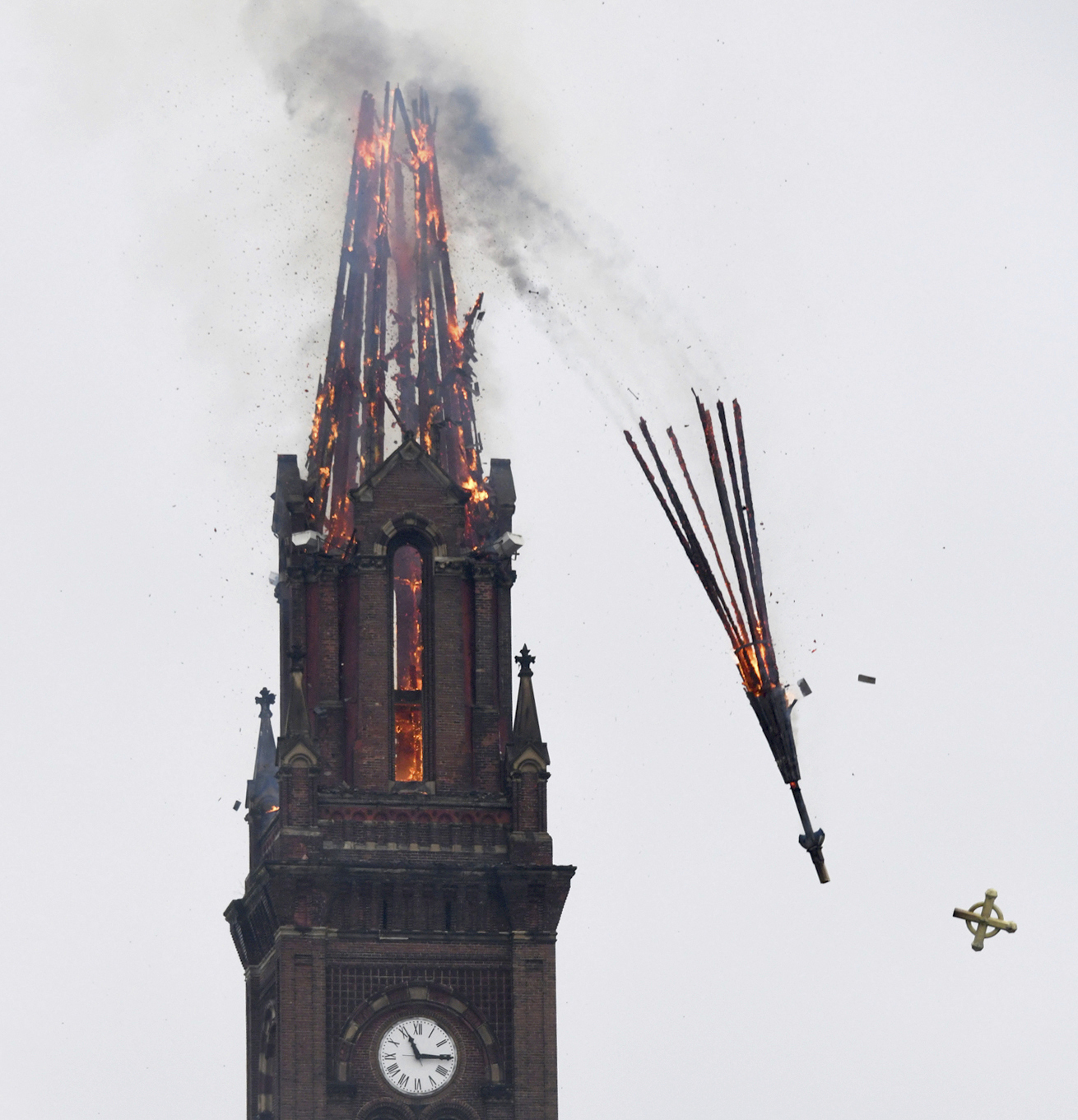 Firefighters responded to the four-alarm fire at roughly 9.30am on Saturday morning, according to local reports.

No injuries were reported, but the fire was upgraded to four alarms shortly before 11.30am and the fire department called for additional units upon seeing the fire.

The 256-foot steeple was ablaze and eventually fell from the church.

Pastor Williams said: “I just praise God that no one was hurt, no one was in there.

"Normally, we meet on early Saturday mornings for men’s prayer, but due to the coronavirus, we didn’t meet today, so the building was empty. 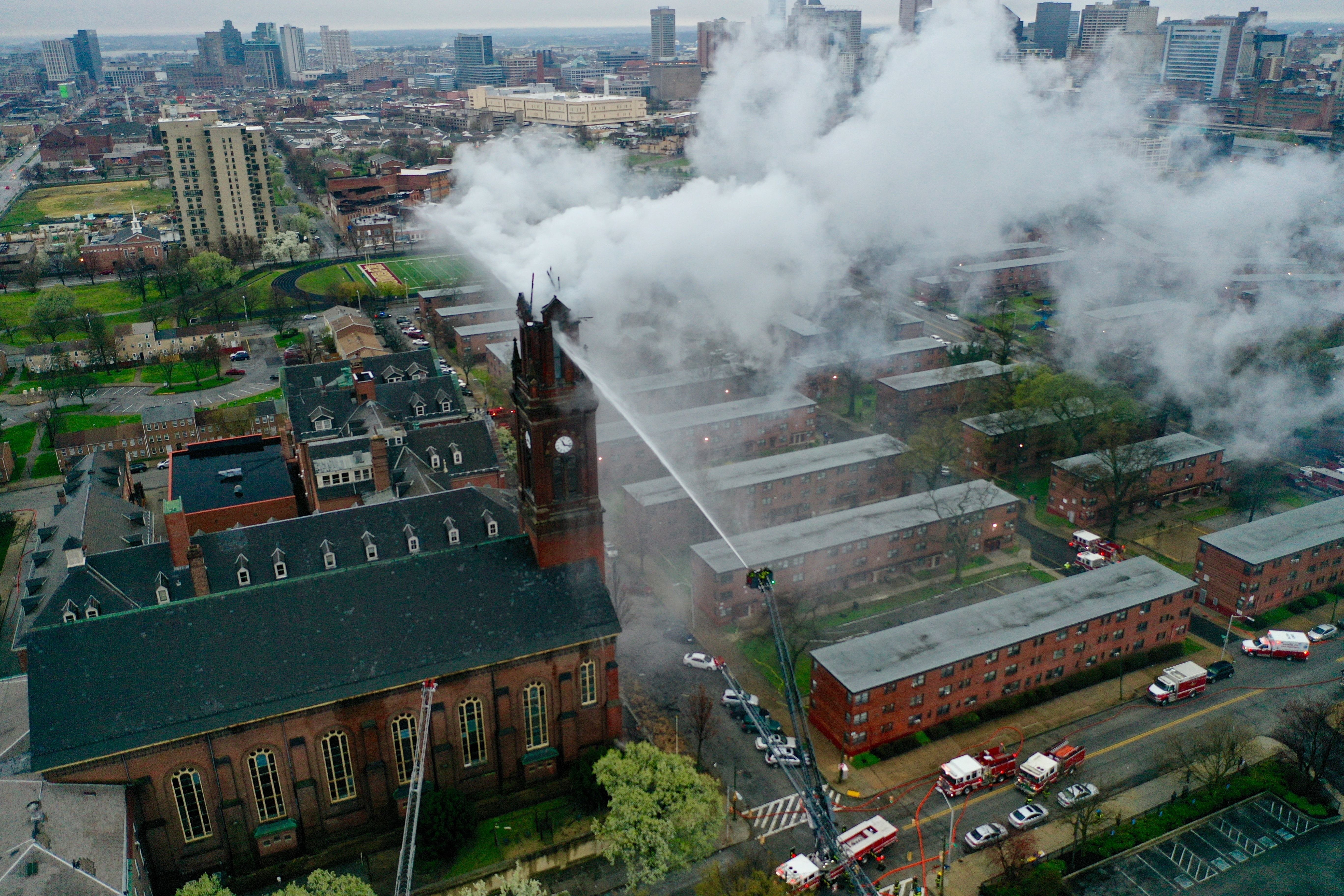 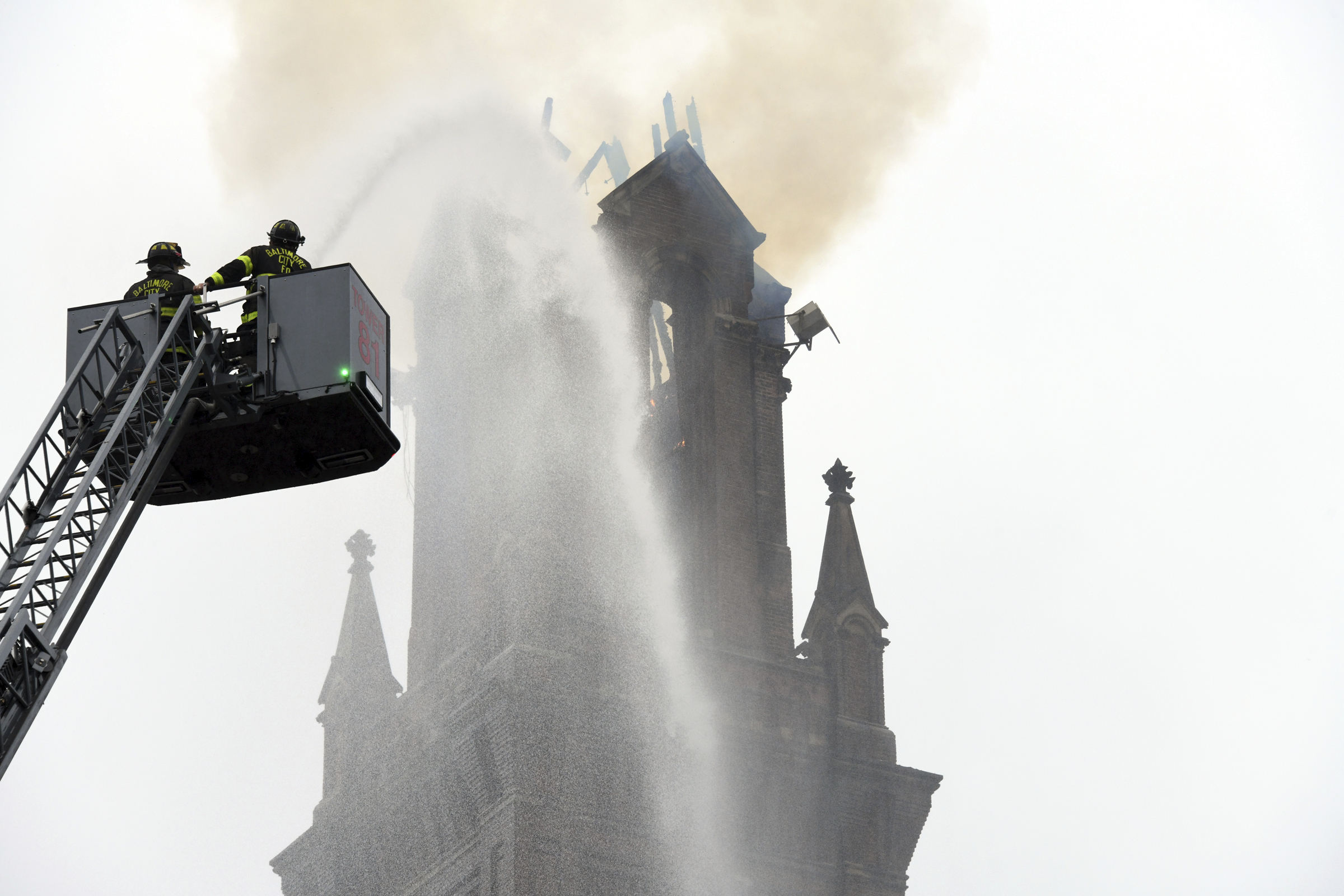 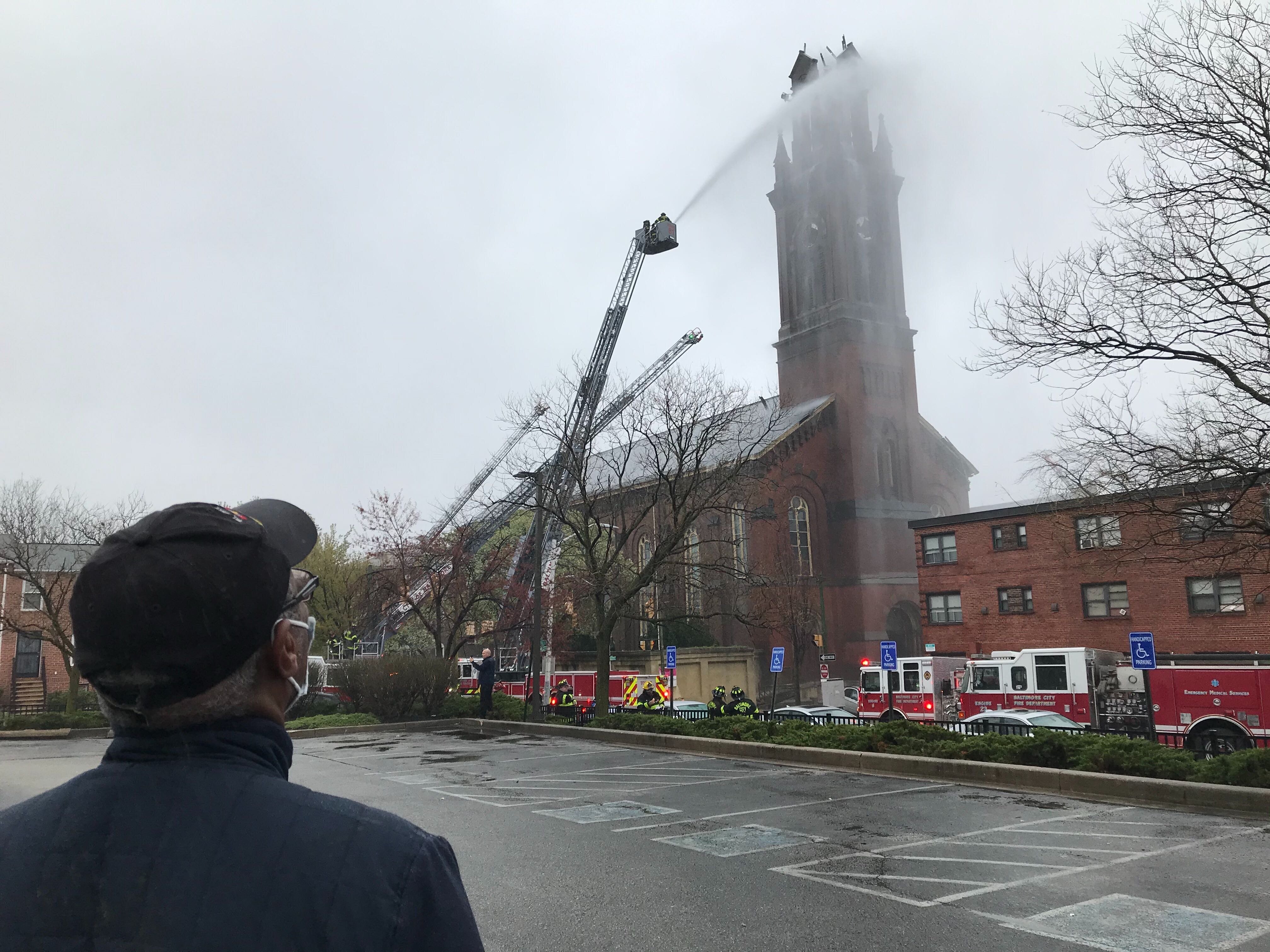 "We just move forward and rebuild it, trust God to rebuild it.

According to reports, "dozens" of nearby residents were evacuated as a precaution.