A reckless motorist has been caught on camera apparently watching a TV show whilst behind the wheel of her car in heavy traffic.

The ‘incredibly dangerous driving’ moment happened on the A602 in Stevenage, Hertfordshire on November 10 at 4.22pm.

Jay Beecroft, 35, captured the incident on camera when he noticed moving images on a screen in the car in front at a junction. 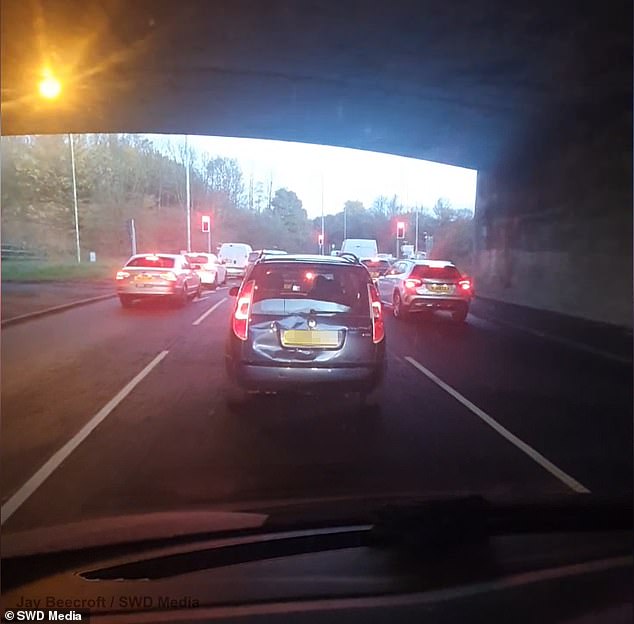 A driver was filmed appearing to watch a TV show on a dashboard-mounted screen while driving a battered blue Skoda on the A602 in Stevenage, Hertfordshire on November 10

He was a passenger in a van behind the battered blue Skoda Roomster and began to record with his mobile phone.

The video shows their van pull up behind the Skoda at traffic lights, and shows a TV show playing on a mini tablet attached to the driver’s dashboard.

Road Safety experts have described the actions of the driver as ‘incredibly dangerous driving’. 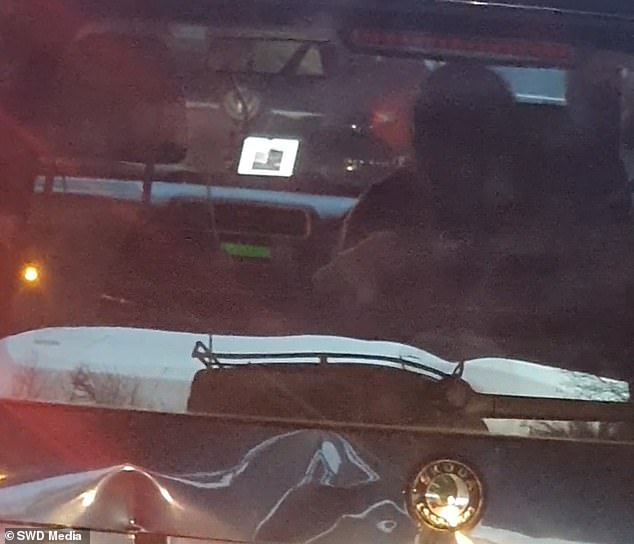 A video of the ‘incredibly dangerous driving’ incident shows a van pull up behind the Skoda at a traffic light. It shows a TV show playing on a mini device attached to her dashboard.

They said looking at the screen, even for seconds could mean the difference between life and death for a pedestrian.

Jay later shared the clip on social media, attracting hundreds of comments. Many viewers urged him to submit the footage to the police.

Simon Abell commented: ‘This looks like a “send to the police situation” to me.’

Jonathan Coleman wrote: ‘No wonder the backend [of her vehicle] is already caved in.’

The president of President of The Automobile Association, Edmund King, said: ‘It is astonishing that anyone should even contemplate watching television while they drive.

‘This is the height of stupidly and incredibly dangerous driving.

‘Looking away for just two seconds could be the difference between life and death for a pedestrian crossing the road ahead.

‘It is perhaps not surprising that this driver’s car has been in previous scrapes.’

It is against the law to watch TV while driving.  According to The Road Vehicles (Construction and Use) Regulations 1986, no one is permitted to drive if they can see a screen – unless it is displaying information.

Earlier this year a motorist was fined after he was spotted watching television whilst driving on the M6 motorway in the Midlands.

The 38-year-old man from Stoke was given a telling off and £100 fine by Staffordshire Police.