Corporal Alexander Zherebtsov, 29, shocked locals by driving his BMP-3 infantry fighting vehicle at 55mph on a busy street in the town of Gumrak, south west Russia. 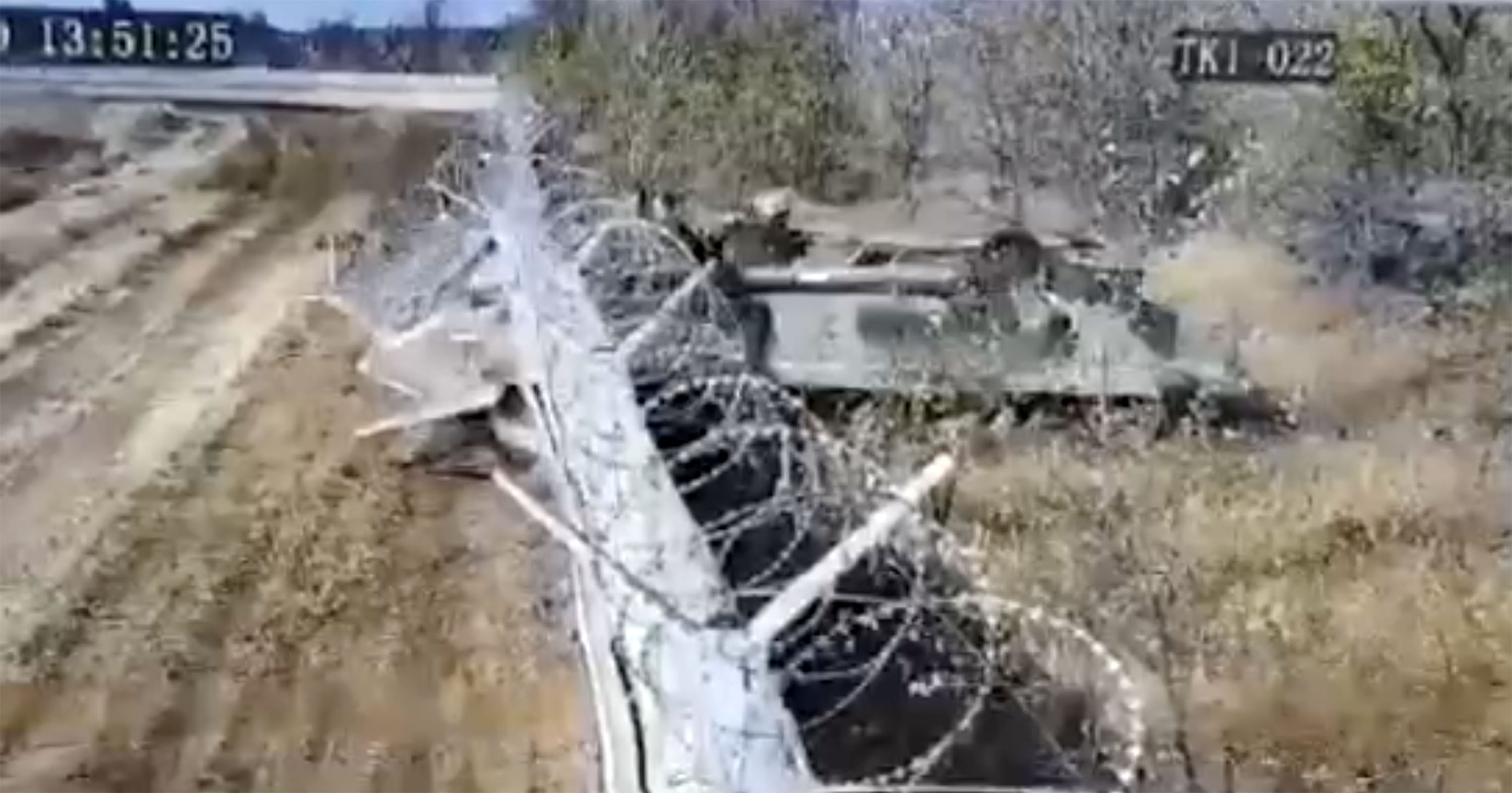 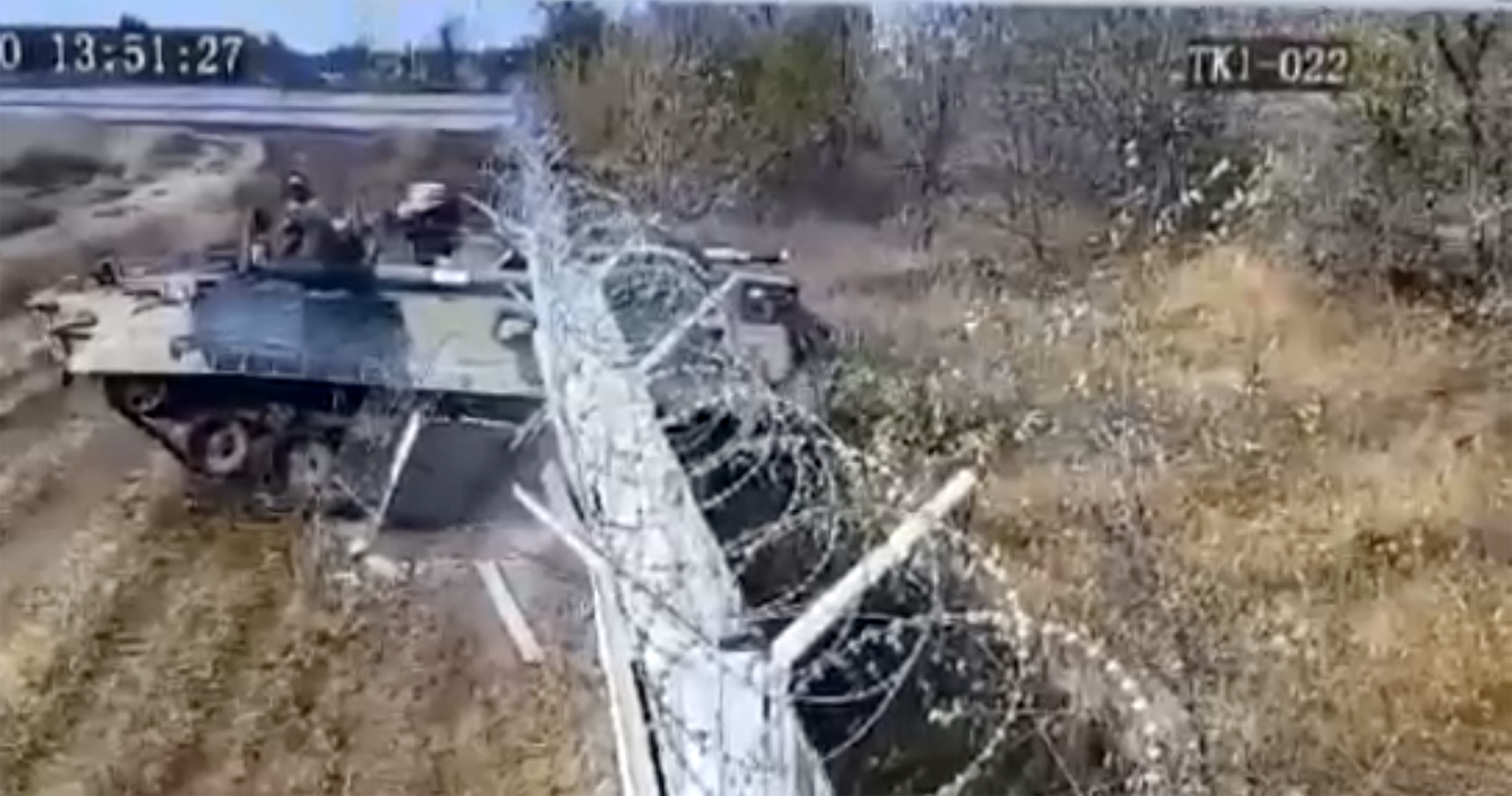 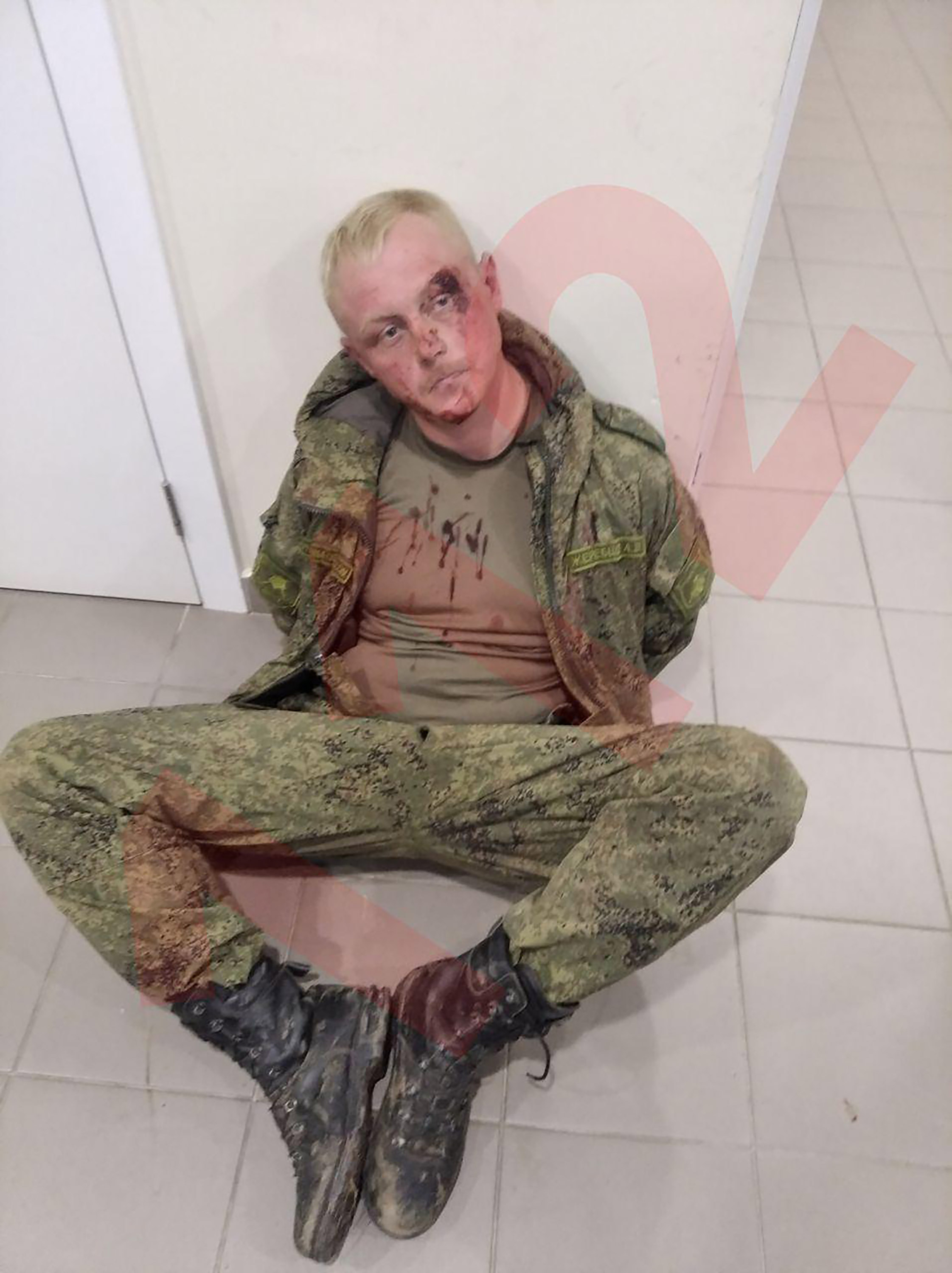 He narrowly missed a house and crashed through a pile of chopped firewood before making a sharp turn across waste ground towards Volgograd International Airport.

With him in the armoured vehicle was a conscript, private Dmitry Nirozneskov. Both soldiers were detained following the incident.

One onlooker, a railway worker, said: “We raised our heads and saw a BMP-3 which was literally flying.”

Another said: “I thought from the noise a plane was falling out of the sky, but when I turned around, I saw an armoured vehicle flying past the back of my yard.”

A video shows how the armoured vehicle with a 100mm gun and a 30mm automatic cannon smashed through the perimeter wall.

Zherebtsov, reportedly at the controls, was later shown in detention, his cuffed hands behind his back.

The Russian Ministry of Defence officially confirmed the incident, but did not comment on local reports that the soldiers were drunk.

A statement read: "On October 20, when a military convoy was moving along the road along the Gumrak airport, the driver of one of the armoured vehicles lost control.”

The driver “allowed it to run over the outer fence of the airport."

MONSTER ON THE STREETS

Chilling moment rapist carries woman along the streets before attack

No one was injured in the accident, officials said, although Zherebtsov was photographed with a cut above his eye.

Reports said the armoured vehicle was heading to a training ground when it went out of control.

The soldiers were from the 20th motorised rifle brigade. 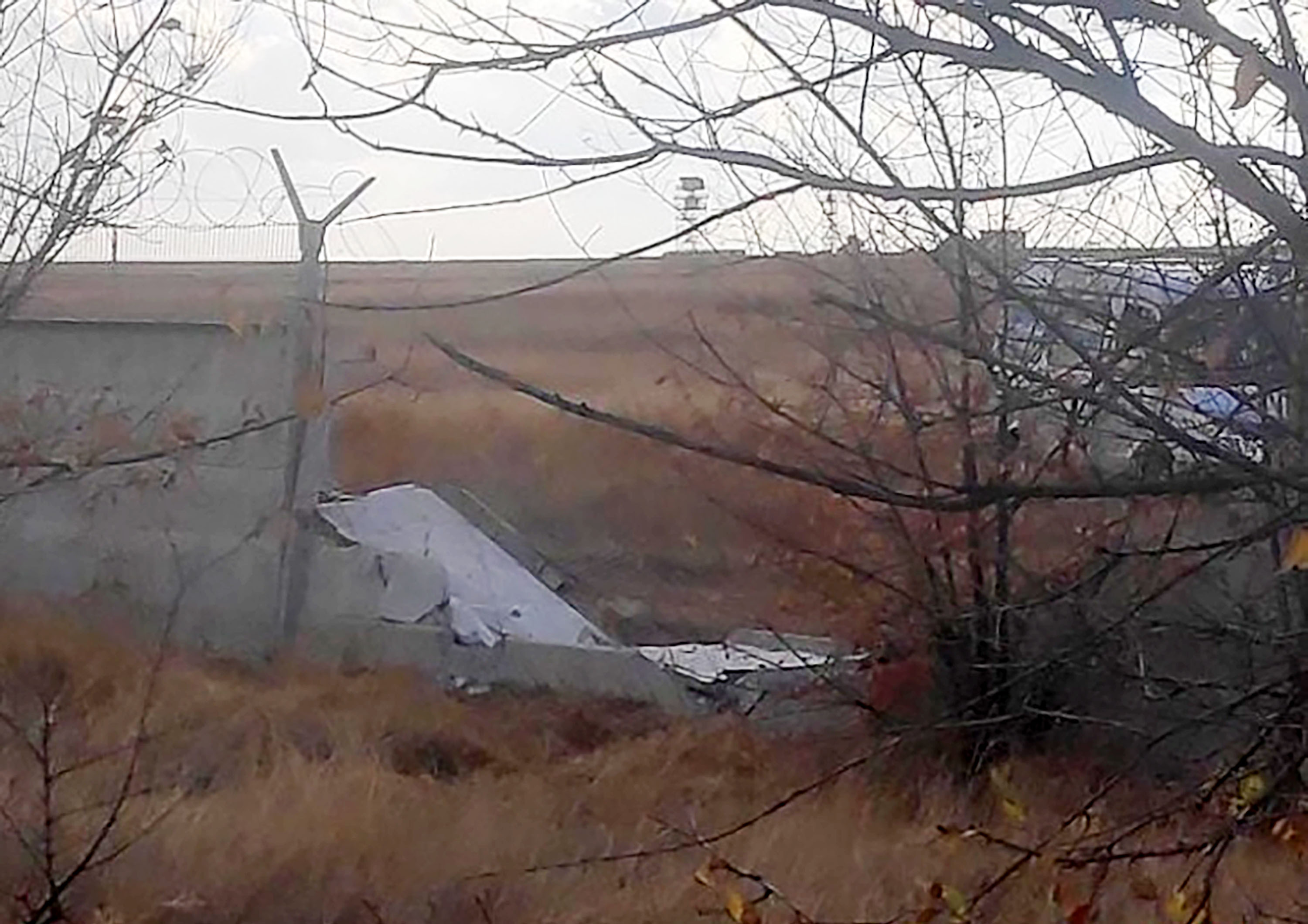