THIS is the shocking moment an elderly Asian woman is left with stitches after 'racist' attacks her in hate crime in Queens.

The disturbing footage shows him approaching the woman who was waiting in line outside a store, throwing a box at her and then shoving her to the ground. 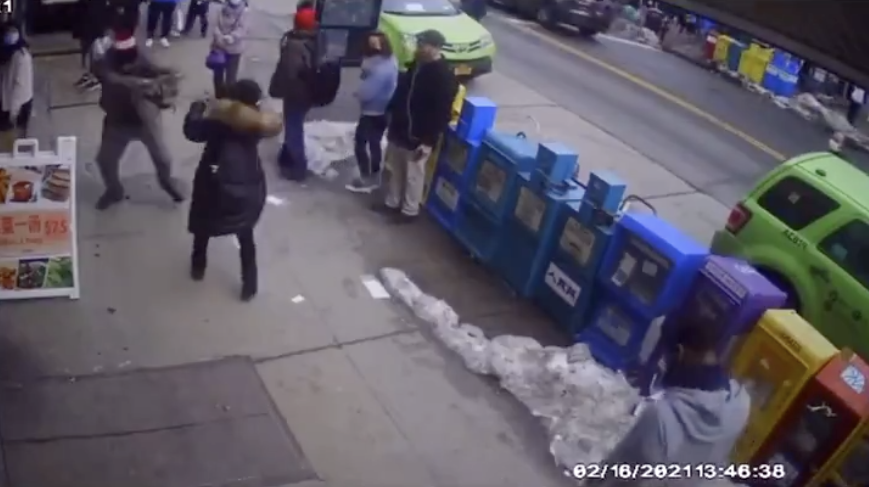 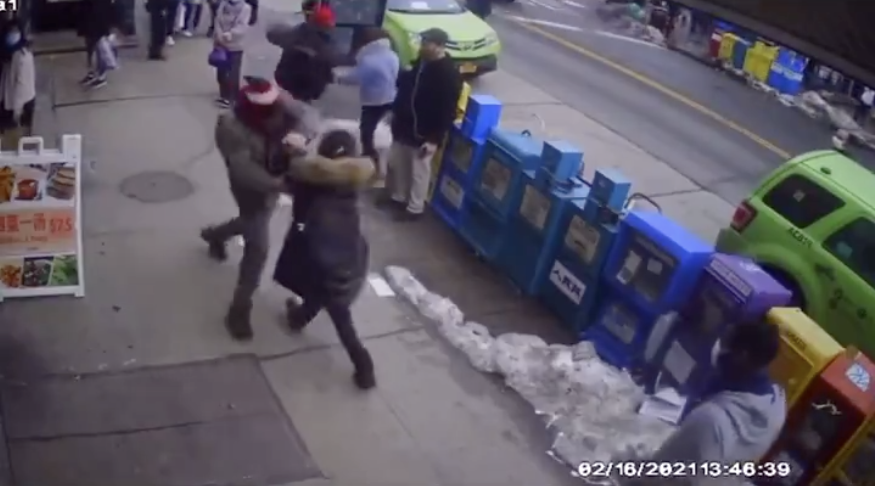 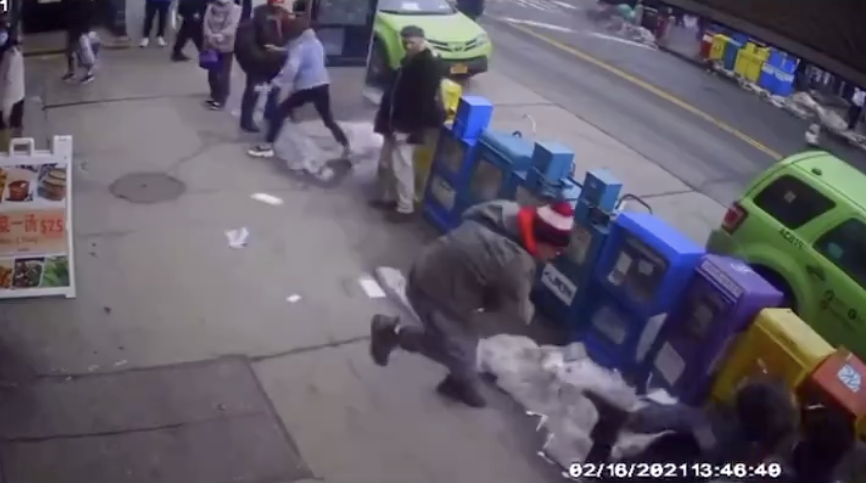 According to police, the 52-year-old woman was waiting outside a bakery on Roosevelt Avenue in Flushing, Queens on Tuesday when the attack happened.

A suspect has been arrested thanks to actress Olivia Munn who reported the incident on Twitter, as the victim is her friend’s mom.

“My friend’s mom is a 5’3” 50+ Chinese woman and she was attacked. She left the hospital with 10 stitches in her head,” she said and posted images of the suspect.

“We’re gonna find this guy. Queens, Internet, please… do your s**t,” she added.

The woman's daughter, Maggie Kayla Cheng, shared a heartbreaking post on Facebook saying she is ‘devastated’ as the man was ‘ yelling out racial slurs’ and pushed her mom ‘ with such force that she hit her head on the concrete and passed out on the floor’.

On Thursday Chief of Detectives, Rodney Harrison confirmed the arrest of 47-year-old Patrick Mateo, who is now facing charges of assault and harassment.

There has been a rise in the number of crimes against the Asian American community since the beginning of the pandemic.

Speaking about the increase in attacks against Asian Americans, Munn said in an Instagram post she's found herself “at a loss for words.”

“Hate crimes against Asians Americans have become so bad that in just the past week a 91-year-old Asian American was attacked from behind as he walked down the street in Oakland, an 84-year-old Thai American was murdered in San Francisco, a 64-year-old Vietnamese American woman was assaulted in San Jose and a Filipino American man was slashed in the face in Manhattan,” she said in the post. 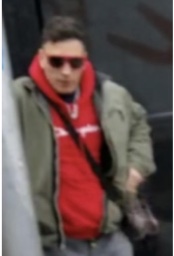 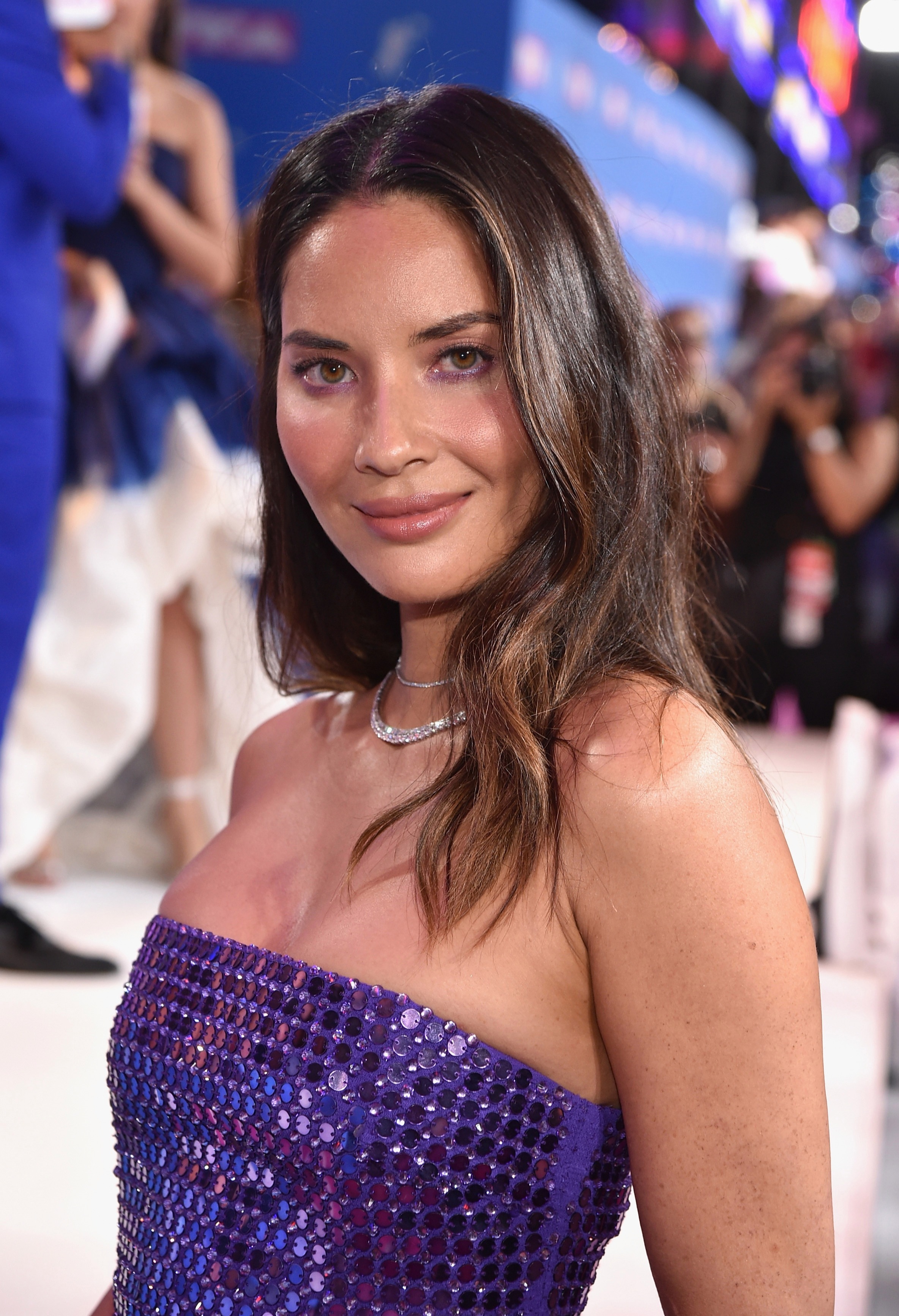