AN African Serval cat called Spartacus King who weighs a whopping 40 lbs is back at his New Hampshire home after escaping for three days.

On Friday, police revealed that the four-year-old wild cat had been "trapped near its home" in Merrimack, which is around 12 miles north of Massachusetts. 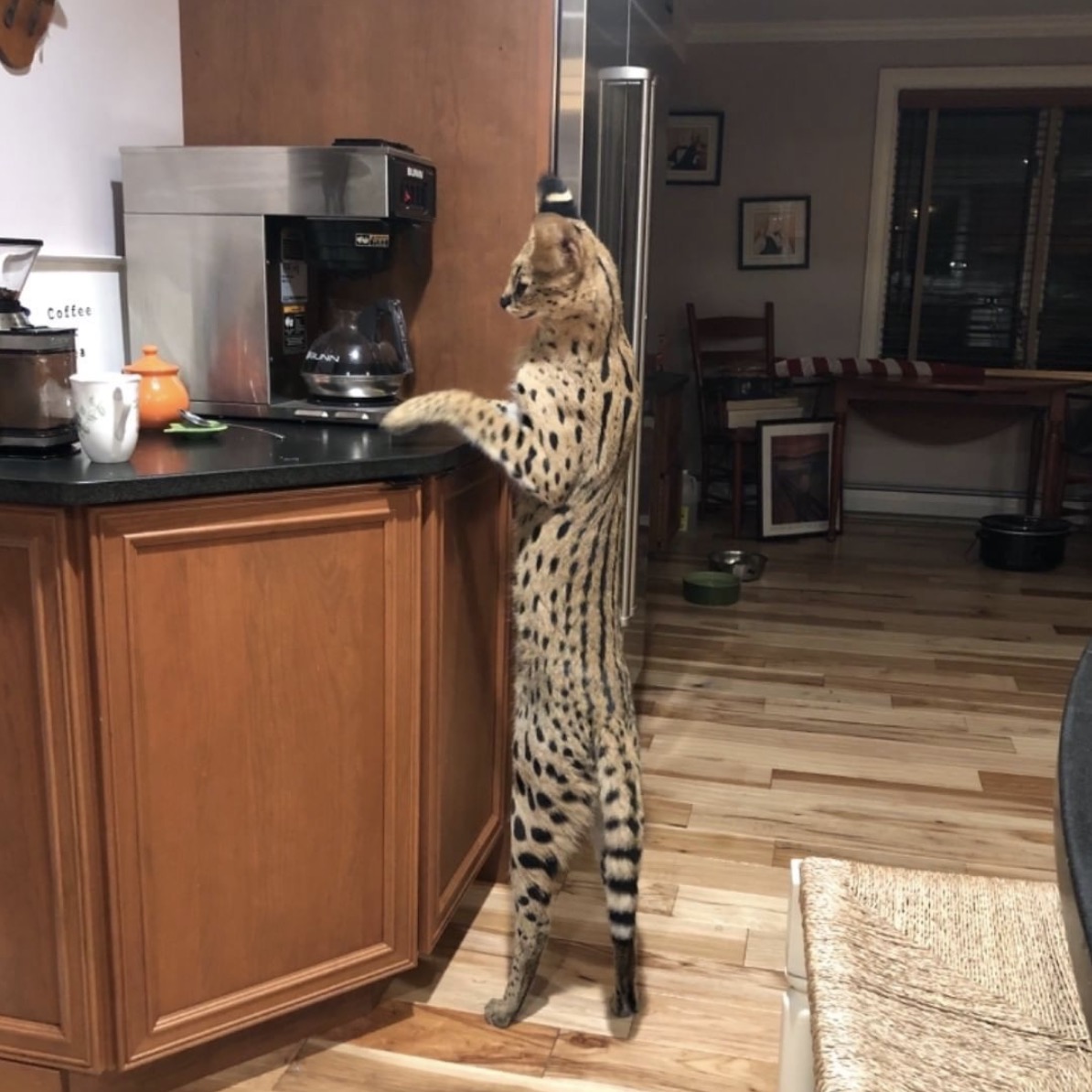 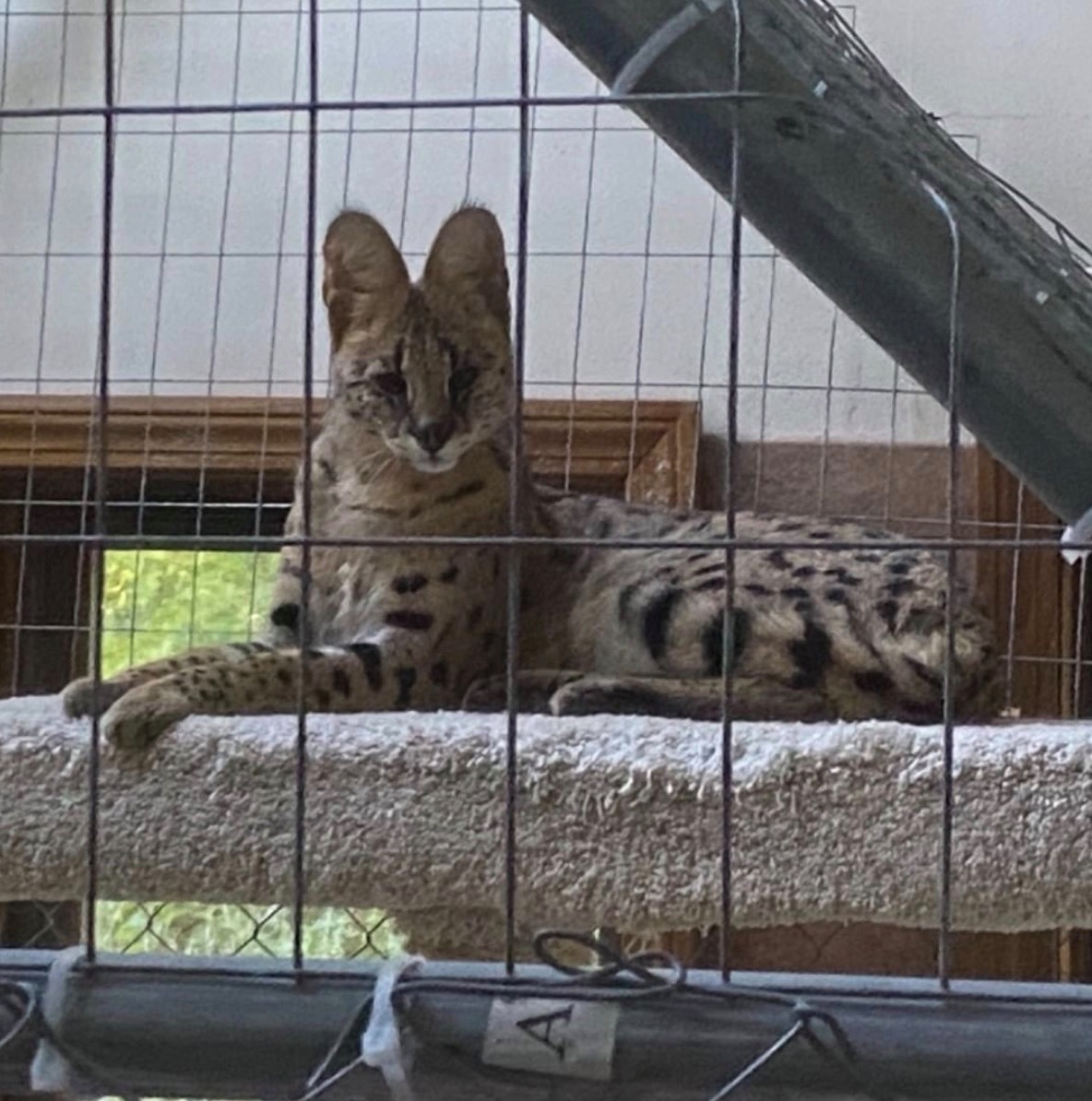 Cops there confirmed that the sassy serval was returned safe and unharmed after his three-day jaunt.

"Good Morning Merrimack!" their announcement read. "The serval cat that was missing has been found.

"It was trapped near its home and is in good health. It’s been reunited with its owner. Thank you for all the interest and shares!"

Dean King, the big cat's owner, said Spartacus – who can be "skittish around strangers" – made a break for it on Wednesday after the family dog, Hank, gave him a fright.

The Kings had legally adopted him from a Florida zoo fours years ago and have a permit from New Hampshire's department of fish and game, cops said. 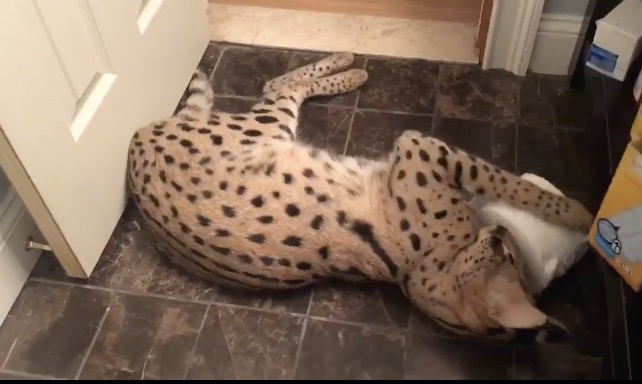 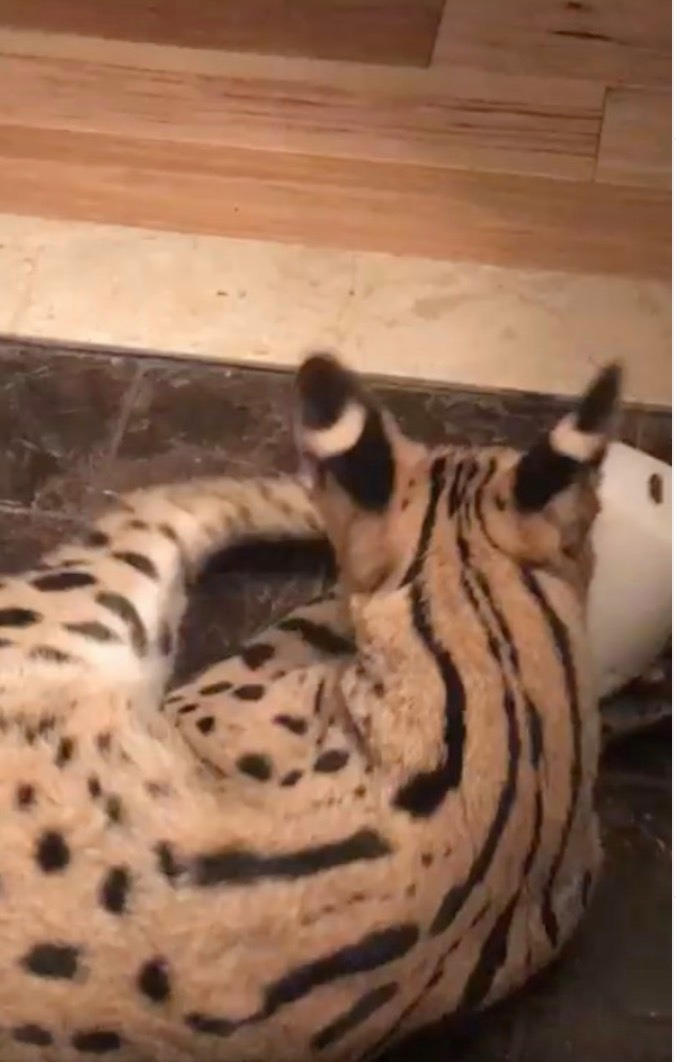 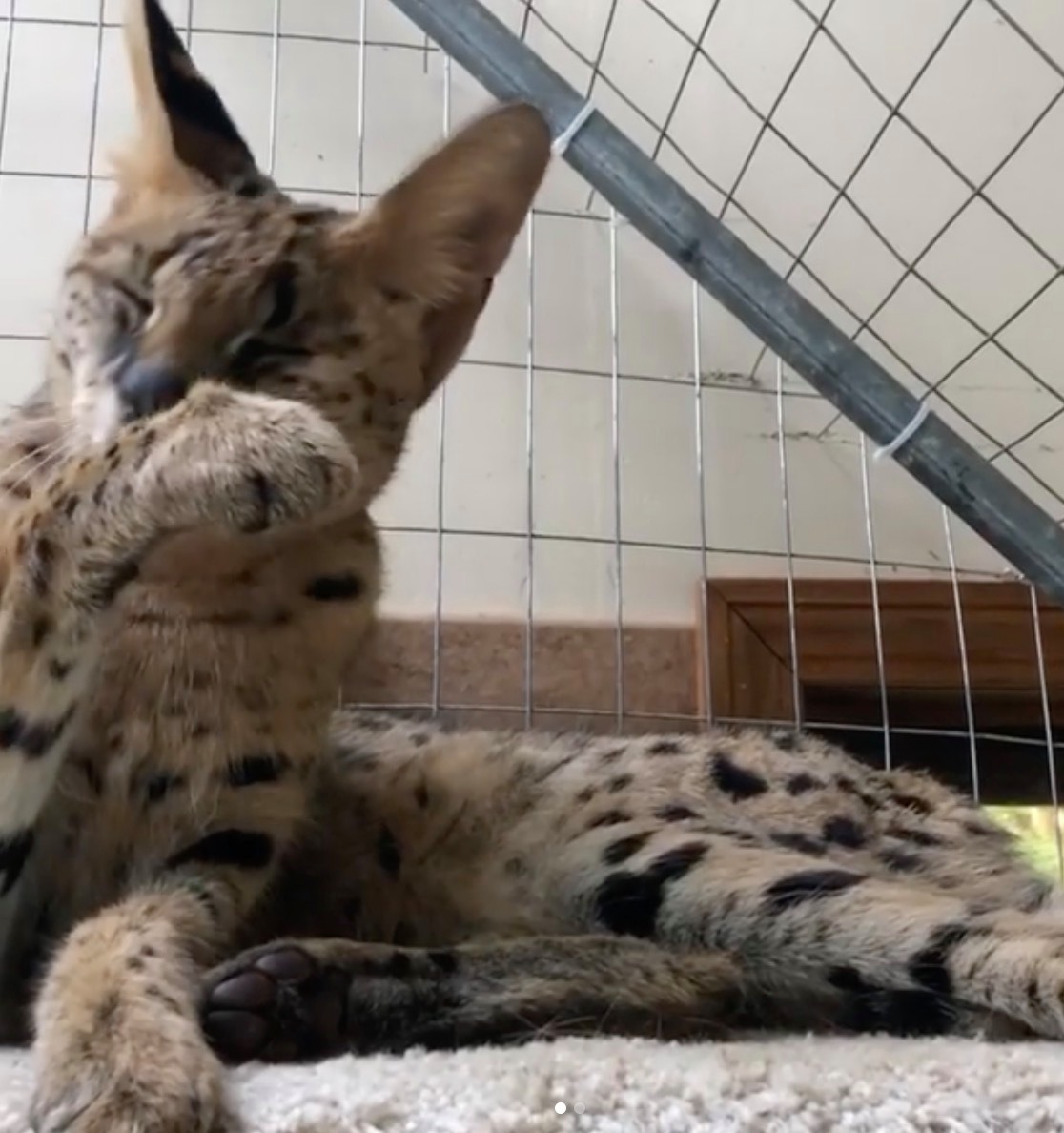 After his epic return from The Granite State countryside, Spartacus – apparently named after the Thracian gladiator, who led an army of runaway slaves – has made headlines.

Aside from his recent escape, Spartacus lives in his indoor enclosure but enjoys prowling around the Kings' household by night, lounging on their pool table, and inspecting the coffee machine.

King's wife shared an adorable video of Spartacus relaxing in his enclosure on Saturday as she described the close bond they shared after his safe return.

"Dean and I want to thank everyone for you help and support," Lisa King wrote in an emotional Facebook post. "Spartacus is home safe and warm.

"Personally can't express my gratitude enough! I have a bond with this cat and he is my person."

Sitting with my brother Hank!!

Sitting with my brother Hank!!

Before he was returned, the family had combed the surrounding woods for clues and left out a trap with live baby chickens to entice him after some eagle-eyed resident spotted Spartacus.

Merrimack's animal control officer, Haylie Gulino, said she'd never experienced anything like the recent search for him, mainly because police officers had no idea what an African Serval looked like.

"They had no idea; I had to show them a picture of what they normally look like," Gulino said.

"So, like I said, this was uncharted territory. It was out of the norm for most people here."

Servals are tawny, black-spotted wild cats, with long necks and ears; they're native to sub-Saharan Africa and can live up to 23 years.

Spartacus went missing from his residence in the Peaslee Rd area on September 9, prompting cops to launch a Facebook appeal for information, which rapidly went viral.

You can check out his adventures with his brother, Hank the dog, on Instagram @spartacustheserval.