The Scottish Parliament spent more than £40,000 on legal advice as MSPs investigated the government’s handling of sexual harassment allegations against Alex Salmond.

The bill for external legal advice to both the Committee on the Scottish Government Handling of Sexual Harassment Complaints and the Scottish Parliament Corporate Body came to £41,633, papers released by Holyrood show.

As well as the money spent on external legal advice, the committee also spent £253.15 on witnesses expenses over the course of its inquiry.

The cross-party inquiry was set up after a successful judicial review by Mr Salmond resulted in the Scottish Government’s investigation into the allegations against him being ruled unlawful and ‘tainted by apparent bias’ in 2019. 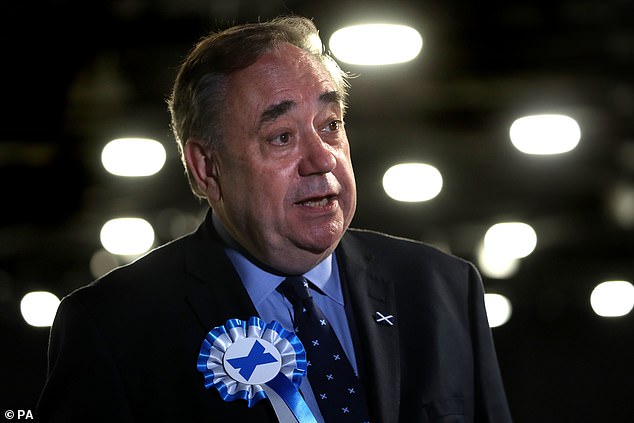 He was awarded a maximum payout of £512,250 after the Scottish Government conceded the case a week before it was due to be heard in court because of prior contact between investigating officer Judith Mackinnon and two of the women who made complaints.

The committee found the Scottish Government’s handling of the complaints was ‘seriously flawed’ and the women who made the allegations were ‘badly let down’.

As part of its investigation, MSPs on the committee took evidence from the two female civil servants who made the complaints, as well questioning both Mr Salmond and his successor Nicola Sturgeon in lengthy evidence sessions.

A majority of MSPs on the committee later concluded that Ms Sturgeon had misled them, claiming there was a ‘fundamental contradiction’ in her evidence on whether she agreed to intervene to help Mr Salmond in the investigation.

But an independent report by James Hamilton cleared Ms Sturgeon of breaching the ministerial code over her role in the saga.

The latest papers come after it was revealed that a Police Scotland detective chief superintendent – whose identity is unknown – had warned against the Scottish Government going public about its investigation of Alex Salmond. 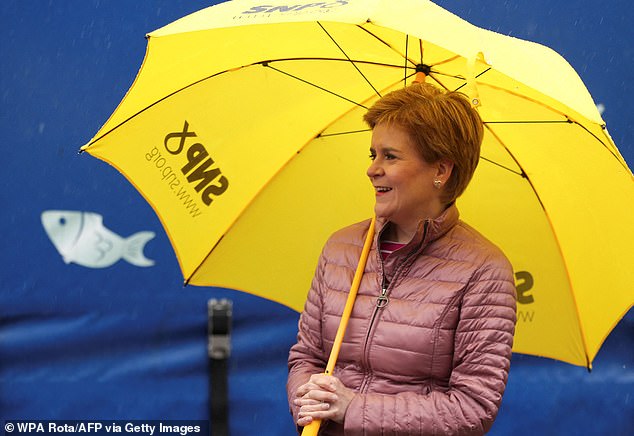 The police chief said they and chief constable Iain Livingstone ‘voiced concerns’, according to a newly-released witness statement.

They warned against the government announcing allegations of sexual harassment by the former First Minster before detectives had chance to investigate them.

Details of the statement emerged after the Holyrood Inquiry compelled the Crown Office to release the document.

In the witness statement, the detective chief superintendent – whose name was redacted – recounted the meeting where police were told that the government had referred the complaints about Mr Salmond to the Crown Office ‘for investigation of potential criminality’.

They said that it was agreed a ‘proactive approach’ was required to identify other potential complainers, including by contacting other people who held similar roles to the women who had already come forward.

They added: ‘I was also informed that Scottish Government may be making a public statement in relation to the outcome of their investigation and potentially refer to information being provided to Police Scotland.

‘Both the chief constable and I both voiced our concerns about such a statement being provided.

‘As such, it was agreed that the main priority was to make contact with the two individuals who had made a complaint to the Scottish Government.’