The UK postal service has faced resistance over plans to deliver fewer letters and refocus its energy on its parcel delivery service – which has boomed during lockdown.

There’s still a demand for an affordable next-day letters service from businesses Monday to Friday, executives discovered after thousands of customer surveys and staff meetings.

But the Saturday service is not considered a ‘core offering’ and could be scrapped amid plans to expand on profits made during a boost to parcel delivery amid coronavirus. 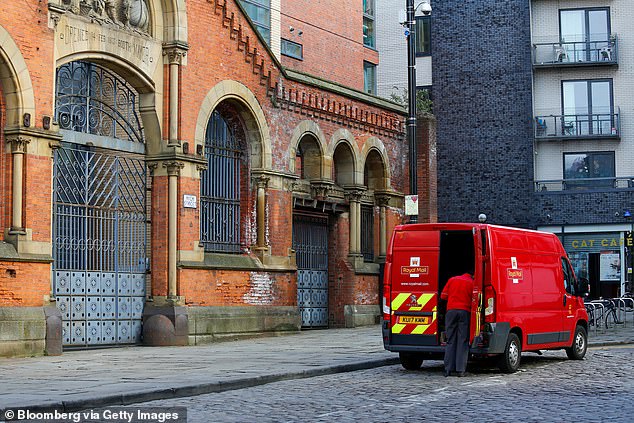 Royal Mail has faced resistance over plans to deliver fewer letters and refocus its energy on its parcel delivery service – which has boomed during lockdown. Pictured, a postman in Manchester on April 8

Its delivery vans took 177m more parcels to front doors as the lockdown sparked a boom in online shopping.

Shares soared by 25 per cent, or 43.7p, to 218.3p as the dramatic increase in parcel deliveries pushed up revenues by £139million.

The postal service has seen a 1.1billion drop in demand for letters year-on-year in the five months to the end of August.

During an annual shareholders meeting yesterday a seven-day parcel delivery service was discussed.

‘This does not mean following other countries such as New Zealand or Italy that have reduced letters delivery to three days a week in some areas,’ Keith Williams, interim executive chairman at Royal Mail, said in a letter to staff seen by The Guardian.

‘We will keep delivering letters to every part of the UK, for one price. And we would like to deliver the items that customers want more often, not less.’

As a universal service Royal Mail has to deliver to every address in the UK, six days a week, at a standard price.

Ofcom, the service’s regulator, is currently conducting a review into what customers need from the Royal Mail. 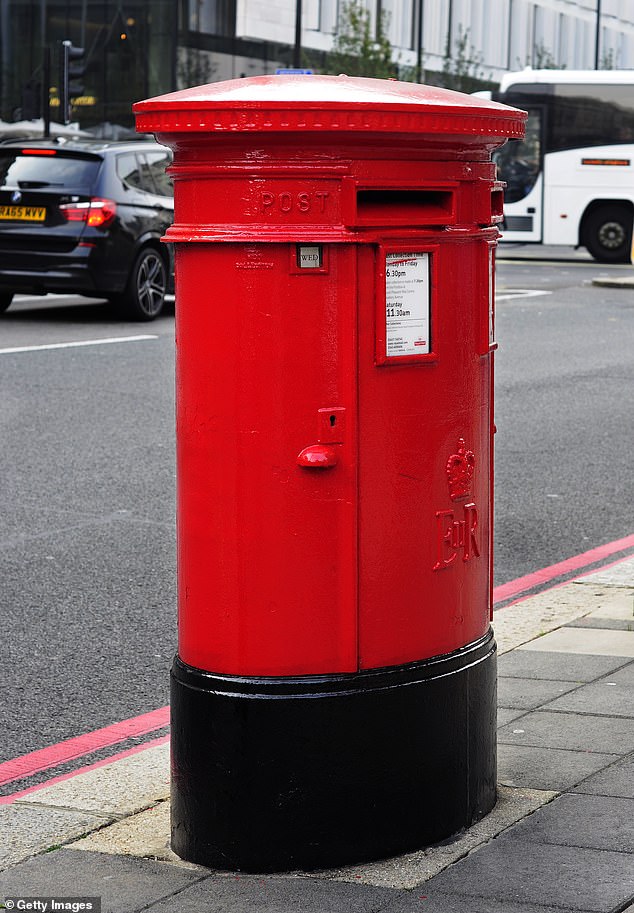 The postal service has seen a 1.1billion drop in demand for letters year-on-year in the five months to the end of August (file image)

Meanwhile, a planned shakeup of the service could see 2,000 managers axed to cut £130million from its annual wage bill.

It plans to get rid of ‘old, outdated ways of working’ and replace them with automatic clocking in and out for postal workers instead of handwritten sign-in sheets.

It also plans to get rid of old sorting machines.

Warning of a ‘material loss’ this year, Royal Mail said that the unit ‘will not become profitable without substantial business change’.

Royal Mail is in dispute with the CWU which has threatened a national strike over changes to working conditions.

This has plunged the group into crisis and contributed to the departure former chief executive Rico Back, who was ousted this year with a £1million pay-off.

Meanwhile Unite is battling plans to lay off around 2,000 of its 9,700 management staff. Royal Mail insisted the discussions with unions have made ‘good progress’, but a full agreement has still not been reached.

In a statement before its annual meeting with shareholders it said: ‘Too many parcels are sorted by hand and we are failing to adapt our business to fundamentally lower letter volumes and holding on to outdated working practices and a delivery structure that no longer meets customer needs.’