The Royal College of Midwives has apologised after excluding the words ‘women’ and ‘mother’ in favour of ‘postnatal people’ in its latest guidance for handling sleeping babies.

The guidance, which has since been taken down from the RCM’s website, gave instructions for health professionals on how babies should be put to sleep.

‘Parents’ are mentioned several times over the 16 bullet points on one page, but a paragraph referring to postnatal mothers stood out.

It stated: ‘Postnatal people in hospital should have easy access to the call bell system, be shown how to use it and ensure it’s working – they should be provided with a bed-side cot for the baby to use while in hospital.’

The choice of wording prompted an angry backlash from women when it was shared on Twitter, with one describing it as ‘virtue signalling to a woke agenda.’ 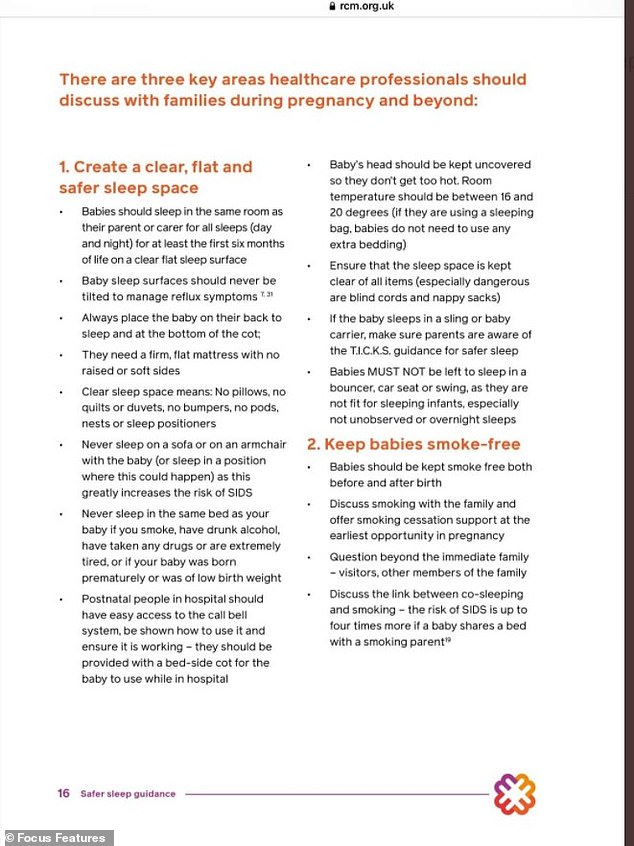 The safer sleep guidance, which has been taken down from the RCM website, mentions ‘postnatal people’ instead of the words ‘women’ or ‘mother’

Best-selling author and avowed feminist Milli Hill posted: ‘New safe sleep guidance from RCM makes no mention of women or mothers. Instead they are “postnatal people”. This is in spite of the fact that evidence shows safety differences if baby co-sleeps with breastfeeding mum [or a] non breastfeeding mum / dad.

Other Twitter users were equally indignant about the omission of women and mothers from the document. Cathy Devine tweeted: ‘Please do not replace women with so-called “postnatal people”. It is highly offensive to many of us women who have given birth. And others.’

Franziska Haber added: ‘Women are not an abstract concept to be redefined or erased at will. Deconstructing us in language insults our intelligence and dignity. We will never accept it.’ 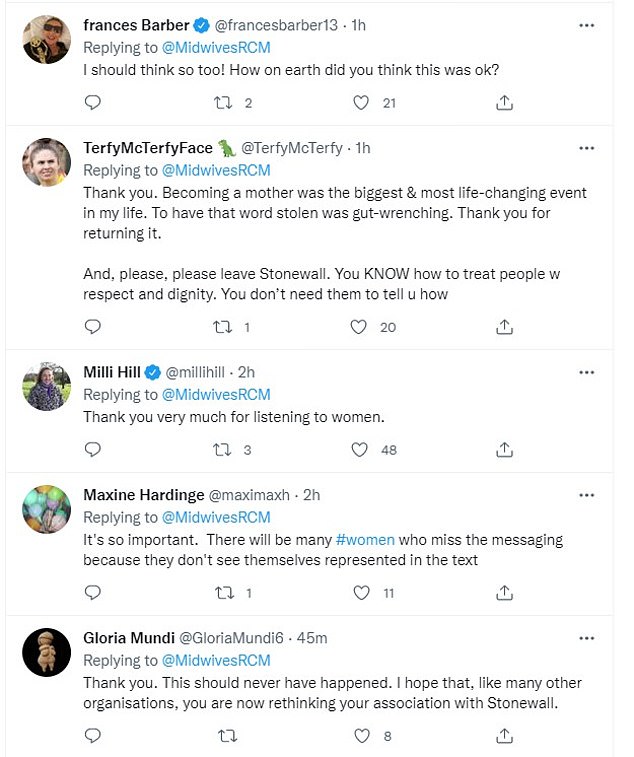 And an anonymous midwife, using the pseudonym Percy Pufflet, posted: ‘Do you describe in the document what a postnatal person is? A baby could be described as a postnatal person. So could a father. As could health care professionals who look after women in the postnatal period.

‘I am a midwife and find this language confusing. [It is] very vague for non English speakers also.’

In response to the backlash, the RCM issued an apology and removed the document from their website.

The RCM stated: ‘We would like to apologise that women are not mentioned in our recent safer sleeping guidance. This was a huge oversight on our part, especially as we are committed as an organisation to ensure that women are never erased from the narrative around pregnancy and birth.

‘We have taken it down from our website while we revise and correct this omission.’

Earlier this year, the NHS faced a backlash over ‘woke propaganda’ messages urging people to add gender pronouns to their email signatures to mark LGBT Month in February.

NHS Health Education England tweeted a message telling followers it would be ‘focusing on misgendering, which is one of the most common unintentional blunders made by cisgender people.’

It encouraged people to, ‘add your pronouns to your email signature, which provides clarity and encourages others to do the same.’ 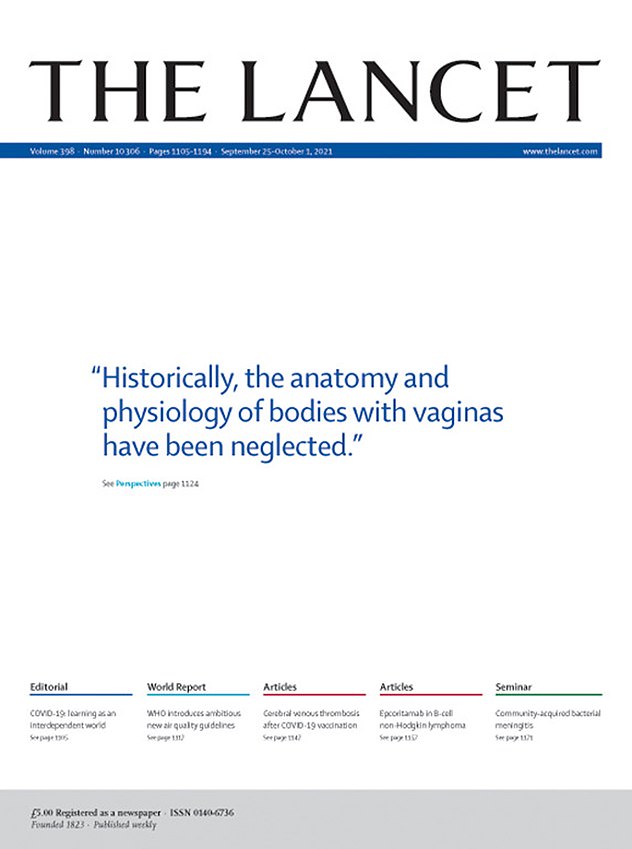 The Lancet, one of the world’s most influential medical journals, tweeted an image of the cover of its October issue, which displayed a sentence replaced the word ‘women’ with ‘bodies with vaginas’

And in June, the NHS removed a glossary from its website about ‘equality, diversity and inclusion’ from public view after it was criticised for being ‘highly divisive’.

The document, entitled ‘Glossary A-Z’, covered themes running from A for ‘allyship’, X for ‘xenophobia’. The entry under W for ‘white fragility’ described the term as ‘a state in which even a minimum of racial stress becomes intolerable, triggering a range of defensive moves by white people’.

Tory MP Neil O’Brien tweeted: ‘A number of the concepts in this alphabet of woke are highly divisive – they shouldn’t be being officially pushed like this.’

Last month, The Lancet, one of the world’s most influential medical journals, tweeted an image of the cover of its latest issue, which displayed a sentence that replaced the word ‘women’ with ‘bodies with vaginas’.

The Royal College of Midwives has been contacted for comment.