Pervert, 23, is jailed for two years after he hid in women’s toilets during Rita Ora concert and filmed fans inside cubicles

A pervert who hid in women’s toilets during a Rita Ora concert and filmed fans inside cubicles has been jailed for more than two years.

Jordan Foster claimed he was just urinating and had gone to the wrong toilets when he was discovered at the gig at Leeds’ First Direct Arena on May 28 last year.

However, when he was asked for his ticket, he tried to leave, then became aggressive when a member of security staff asked him for his mobile phone, waving his arms around to try and avoid apprehension.

The phone was taken out of his back pocket and videos of people using the toilet were found on it.

Foster said he would get paid to take the videos and police were called. 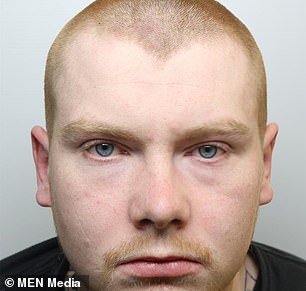 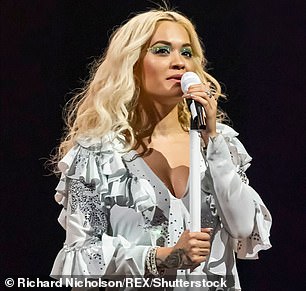 The 23-year-old appeared to be under the influence of drink or drugs and was so violent in the police car he had to be taken out of it and restrained until a van arrived.

He was also arrested on suspicion of a public order offence after shouting: ‘Get off. F*** off. F*** your mum.’

The defendant was taken to Elland Road police station where he bit a cut on his finger, causing it to bleed heavier, and wrote ‘f*** you pig’ and ‘c***’ in his blood on a bench.

Recordings of five women, who were exposed, were found on his phone, each lasting between 11-35 seconds. In his police interview, he claimed he went into the wrong toilets before answering no comment to other questions.

Yesterday, Foster pleaded guilty to five counts of voyeurism, one count of using threatening behaviour and another of criminal damage.

He also pleaded guilty to robbery and voyeurism in relation to two separate incidents on April 28 last year.

Prosecutor Glenn Parsons said the robbery happened at about 3.15pm as a young woman left the toilet cubicle in Wakefield Westgate railway station.

Mr Parsons said Foster pushed the woman back into the cubicle, put his hand over her mouth and demanded £10 in cash, which she gave him before he left.

Leeds Crown Court was told the defendant went to a pub in the town and waited inside a toilet cubicle.

Around 6.30pm, a member of staff used a toilet two cubicles along from the one Foster was inside. 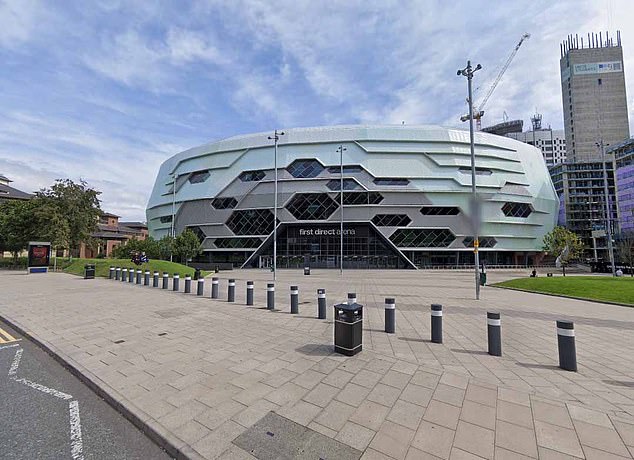 The concert took place at the First Direct Arena, pictured, in Leeds city centre on May 28

An hour later, she went back to use the same toilet and noticed through a gap in the cubicles that a mirror and a mobile phone had been set up to view her.

Shocked, the victim shouted: ‘What the f*** are you doing?’

The woman considered pushing the closed cubicle’s door opened but instead decided to leave and tell two of her colleagues.

As the men went to check the toilets, the victim spotted Foster leaving through the pub’s beer garden and thought he must be the culprit because of the way he was looking at her.

Foster was arrested at his mother’s house on May 9 last year. Clothes and a mobile phone were seized by police.

The phone was later found to contain a recording of the member of staff.

He was interviewed and bailed pending further enquiries, before attending the Rita Ora concert a few weeks later.

Foster, of Ramsgate, Lofthouse, Wakefield, had no convictions prior to this case.

Alan Armbrister, mitigating, said his client pleaded guilty to the offences at the first opportunity.

He said Foster is immature for his age but his social difficulties have not stopped him from holding down a job for some time.

Foster was also ordered to sign the sex offenders register for 10 years.