Dozens of Big Apple parents and students turned out Thursday to protest against the coronavirus-triggered closure of New York City schools.

Adults and youngsters alike chanted “Kids back in school!” and “Schools are safe!” outside of City Hall, a day after Mayor Bill de Blasio ordered the shutdown of in-person learning due to an uptick in coronavirus infections across the city.

“I’m sick and tired of sitting on the sidelines while other people decide whether my children could go to school the next day,” said protest organizer Daniela Jampel, has two children signed up for blended, in-school learning.

During the protest, they delivered that petition to a mayoral aide, who they said promised to get it to de Blasio.

“We are here to tell de Blasio that we are the parents and we demand that schools reopen as quickly as possible,” Jampel said.

On Wednesday, de Blasio announced that the city hit a 3 percent COVID-19 infection rate on a rolling seven-day average – a metric his administration established over the summer to be the threshold to close in-person learning.

The switch to 100 percent remote learning beginning Thursday was ordered even though, according to the Department of Education, random internal testing of students and staffers in school buildings consistently yielded minimal infection rates hovering at around 0.19 percent.

The parents’ petition, which calls for a meeting with the mayor, demands that de Blasio abandon the “arbitrary and outdated 3 percent [threshold] to shut down schools,” Jampel said.

Fifth-grader Romaine Guinchard who attended the rally said, “Schools should be opened. Kids are not going to learn without schools.”

“We feel like the mayor doesn’t want schools to be opened,” said the student who attends PS 58 in Carroll Gardens, Brooklyn.

Following the rally at City Hall, some protesters headed to Gov. Andrew Cuomo’s Midtown office in an attempt to hand deliver him the same petition, but the “governor’s office categorically refused to send anyone down,” Jampel said. 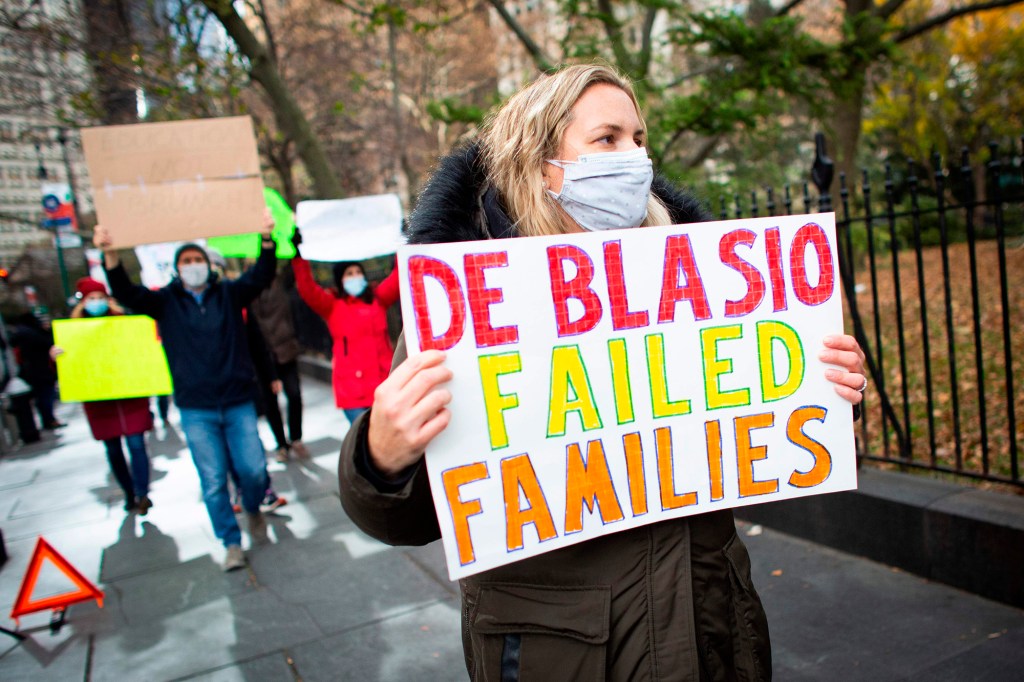 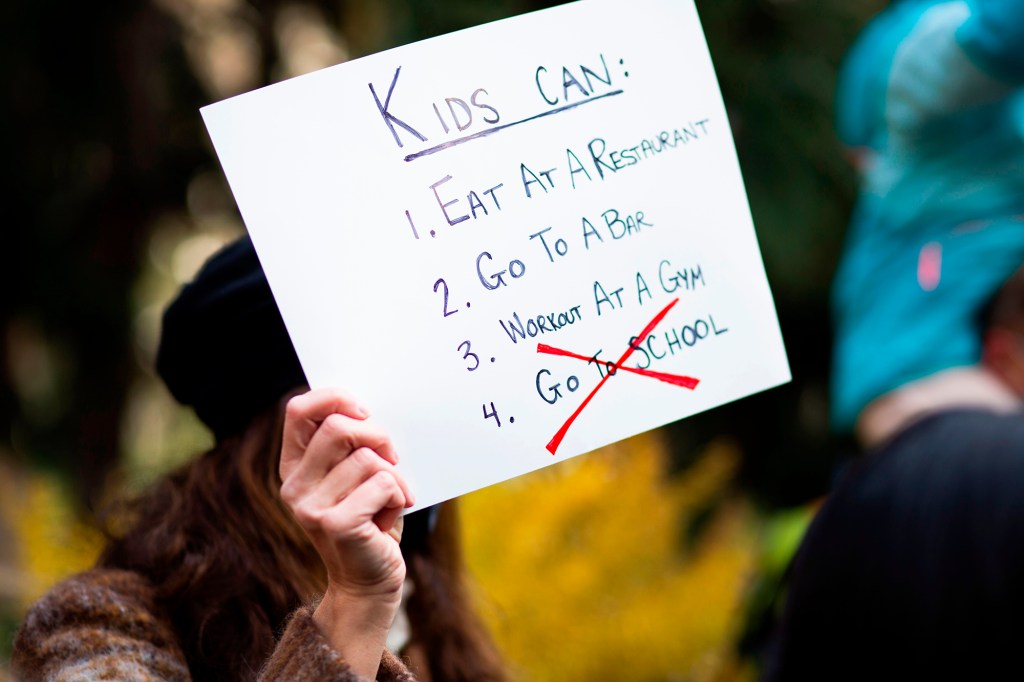