OLYMPIAN Gwen Berry said she was "set up" after she was accused of hating America for turning her back on the flag during the national anthem.

The hammer thrower claims she was told the song would play before she took to the podium during the track and field trials on Saturday. 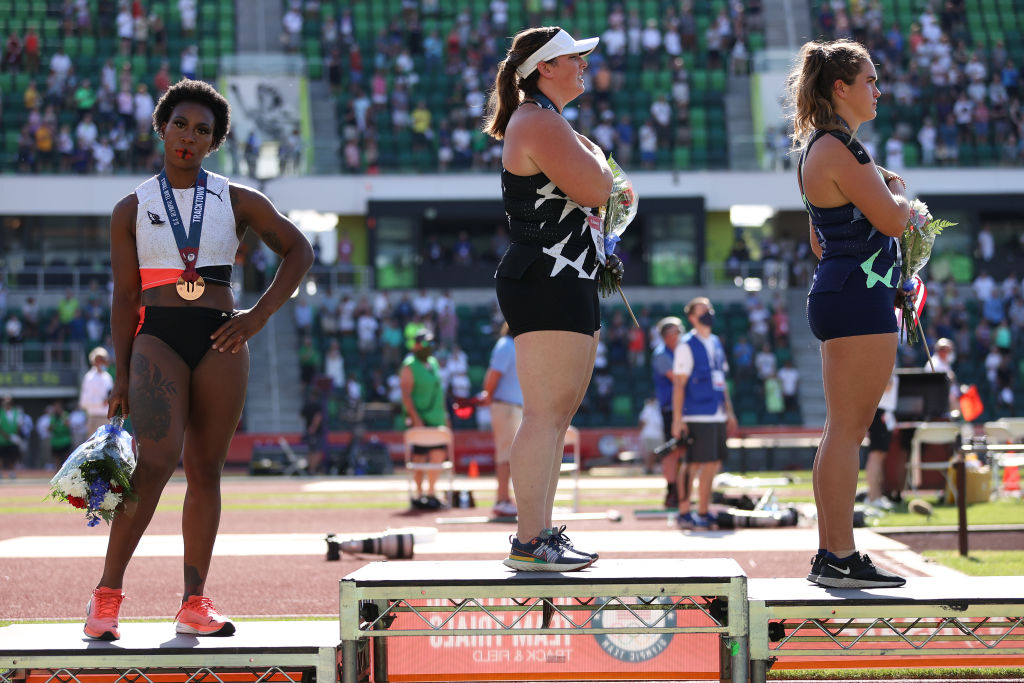 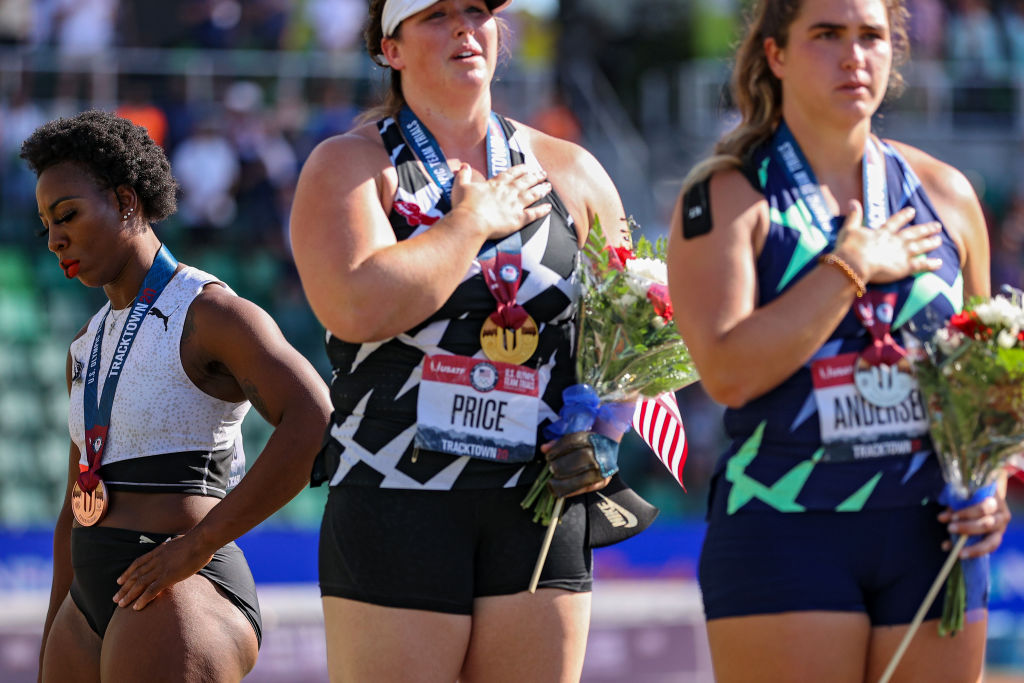 The US Olympic track and field trials play the “Star-Spangled Banner” once a day. It was scheduled for 5:20 on Saturday but played at 5:25pm.

Berry's decision to turn away sparked a furious backlash online with Senator Ted Cruz tweeting: "Why does the Left hate America?"

Podcast host Greg Kelly added: "GWEN should NOT be competing to represent a country she despises." 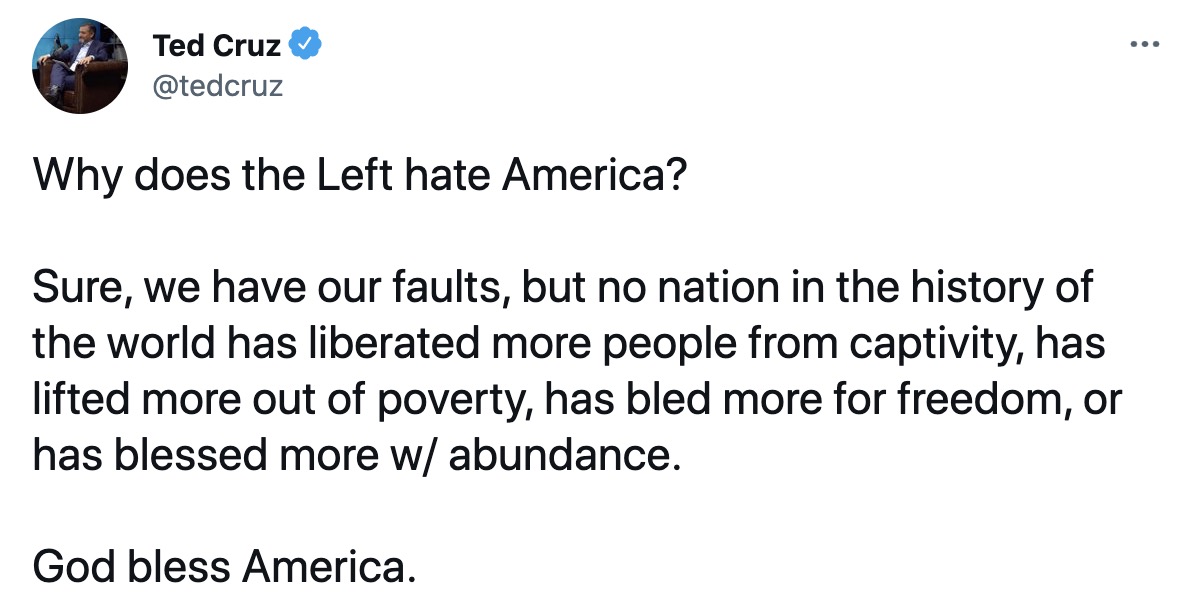 Berry said: "They had enough opportunities to play the national anthem before we got up there.

"I was thinking about what I should do. Eventually I stayed there and I swayed, I put my shirt over my head. It was real disrespectful.

"They said they were going to play it before we walked out, then they played it when we were out there."

A spokesperson for USA Track and Field denied they waited until athletes were on the podium to play the anthem.

Berry added: "I don't really want to talk about the anthem because that's not important. The anthem doesn't speak for me. It never has."

Following the move former Wisconsin Gov. Scott Walker tweeted: "What is wrong with people? Growing up, everyone stood for the American flag.

"Didn’t matter your politics, race, sex, income, religion; everyone stood for the flag. It was one of those civic rituals that brought us together.

"It still should today." 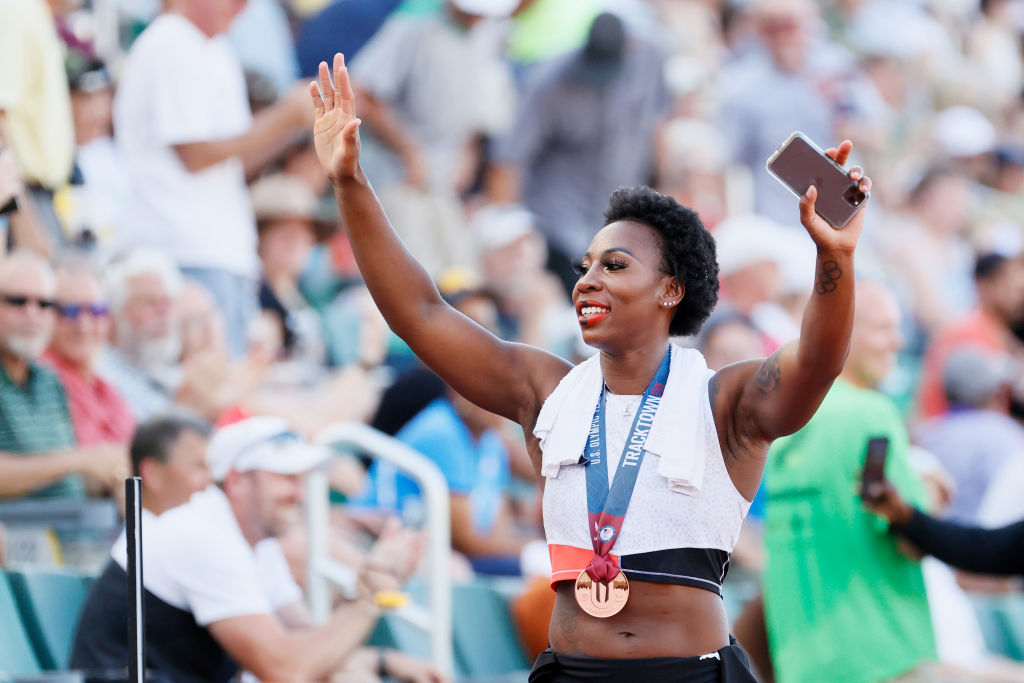 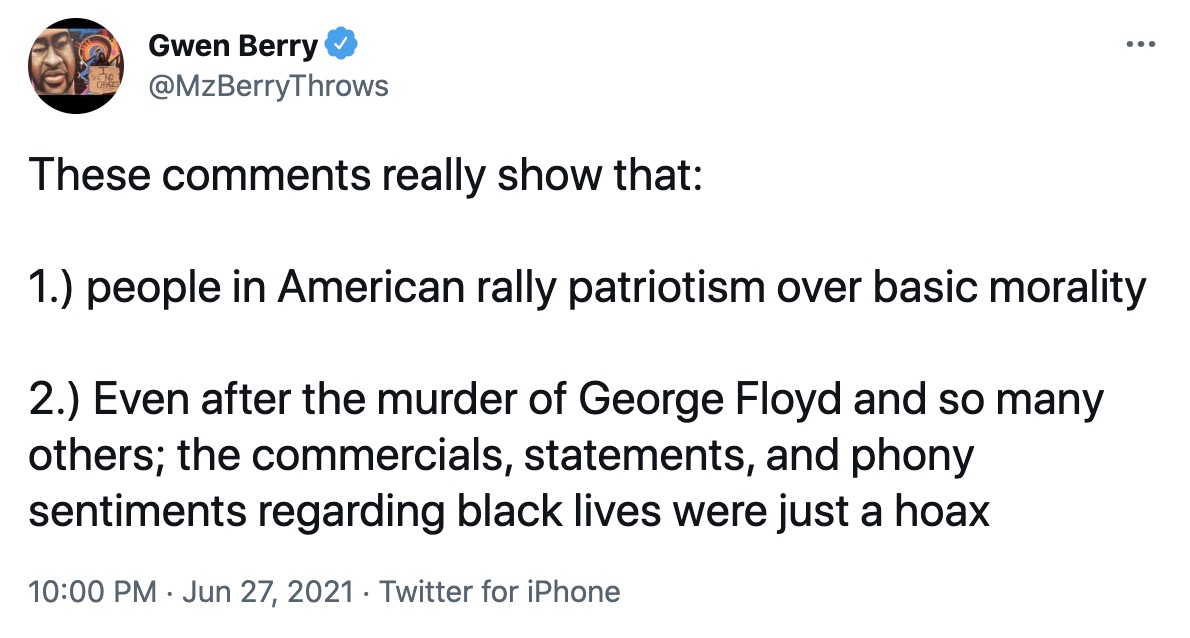 Senator Cruz added: "Sure, we have our faults, but no nation in the history of the world has liberated more people from captivity, has lifted more out of poverty, has bled more for freedom, or has blessed more w/ abundance.

And Republican congressional candidate Vic Degrammont said: "If you can't respect the flag or anthem then you shouldn't be allowed to complete."

Berry -who was put on probation after raising her fist during the anthem in 2019 – also displayed a t-shirt with the words "Activist Athlete" on it.

She added: "My purpose and my mission is bigger than sports.

The athlete made the Olympic team for a second time with her third place finish.

A spokesperson for USA Track and Field said: "The national anthem was scheduled to play at 5:20 p.m. today. We didn't wait until the athletes were on the podium for the hammer throw awards.

"The national anthem is played every day according to a previously published schedule."