MAYOR Bill de Blasio has instructed the NYPD to arrest people who are found gathering in groups in the COVID-19 epicenter, after police had to break up a large funeral gathering on Tuesday.

De Blasio warned New Yorkers of a 'zero tolerance' measure after members of the Orthodox Jewish community gathered for a funeral in Williamsburg in New York City amid the coronavirus pandemic. 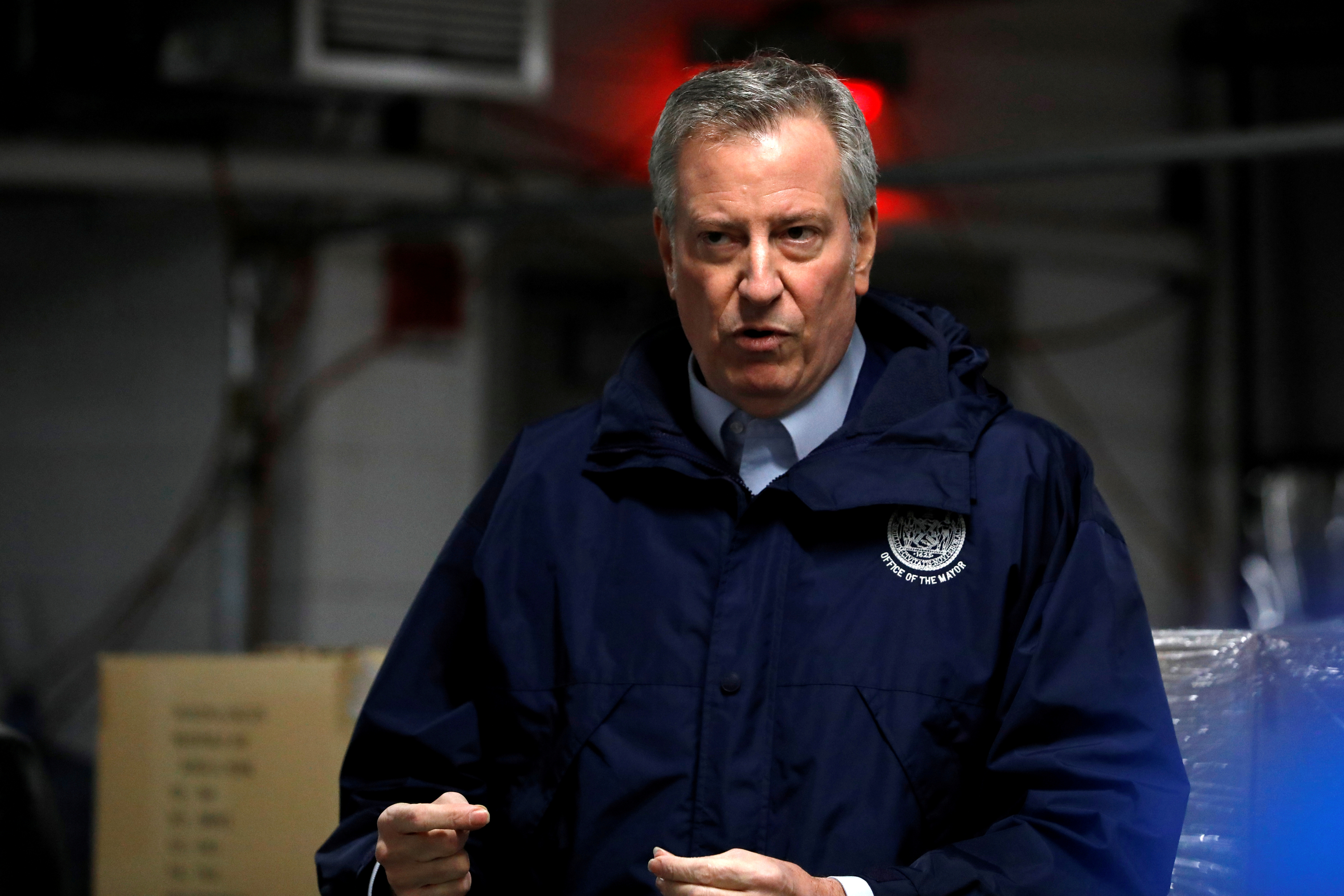 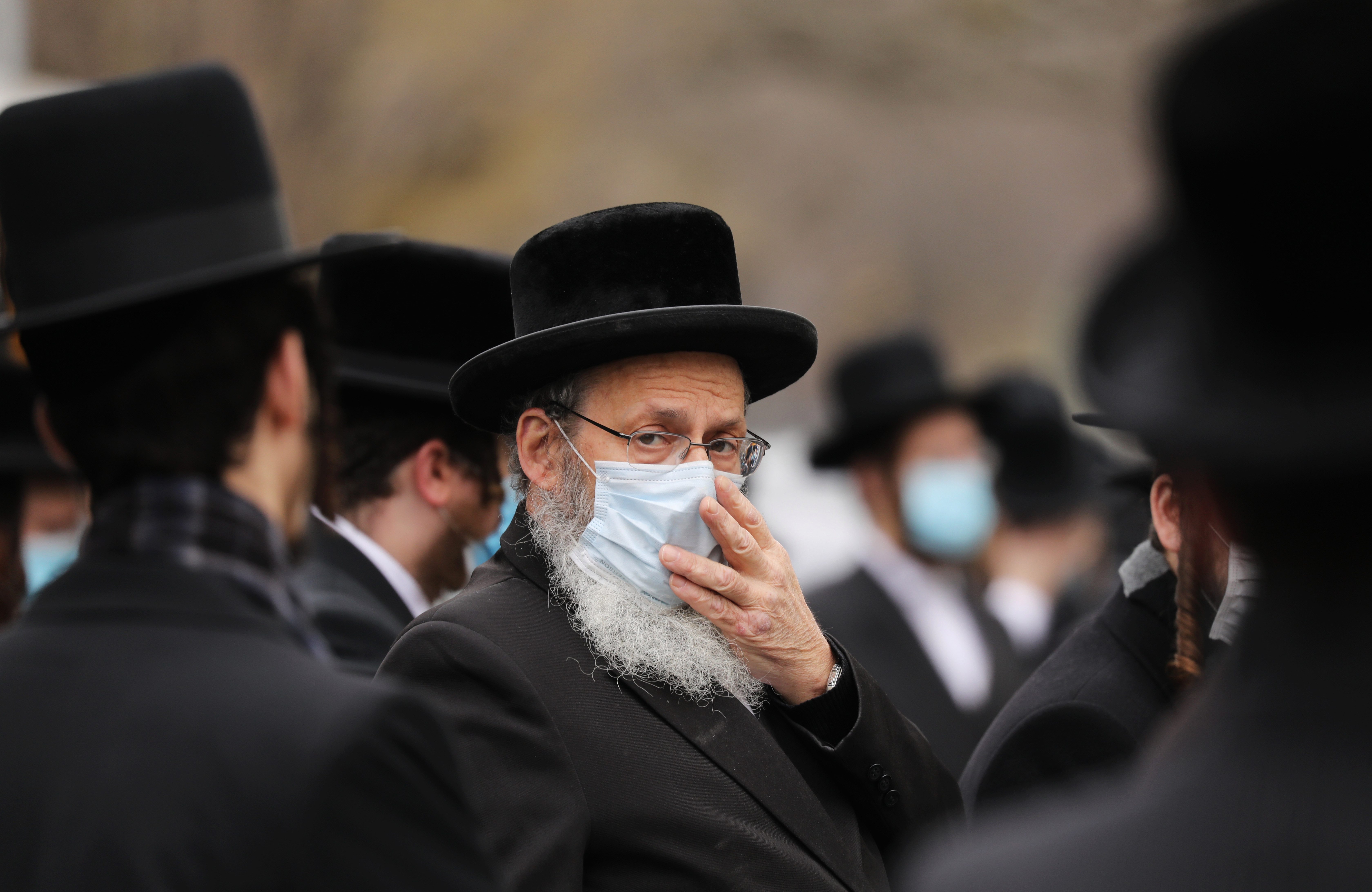 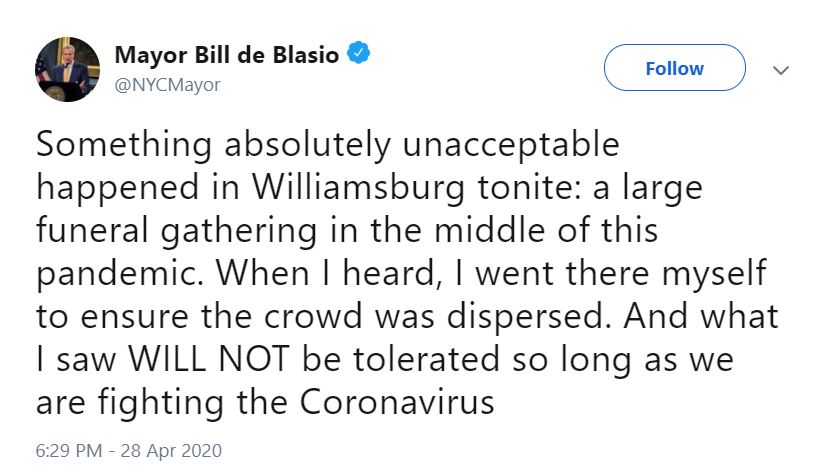 "I have instructed the NYPD to proceed immediately to summons or even arrest those who gather in large groups. This is about stopping this disease and saving lives. Period," de Blasio tweeted Tuesday night.

The New York City Mayor said in a series of tweets that he's ordered the NYPD to start arresting people who do not heed social distancing guidelines throughout the city.

His warning came after members of the Jewish community allegedly met for a large funeral gathering of a Rabbi Chaim Mertz, who died from coronavirus, as reported by the The Hill.

De Blasio himself was on the scene as the NYPD broke up the gathering.

"Something absolutely unacceptable happened in Williamsburg tonite: a large funeral gathering in the middle of this pandemic," de Blasio first tweeted. 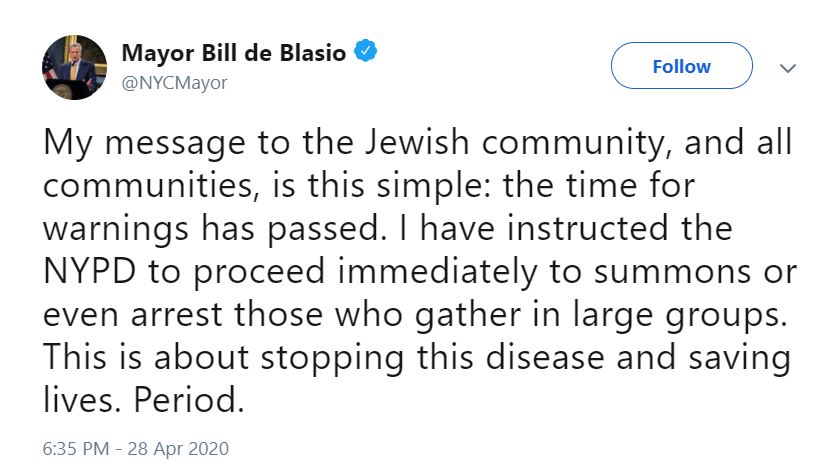 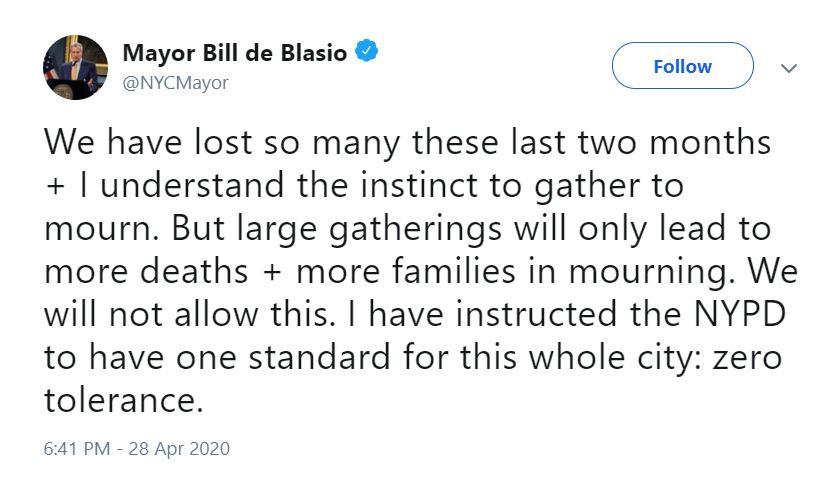 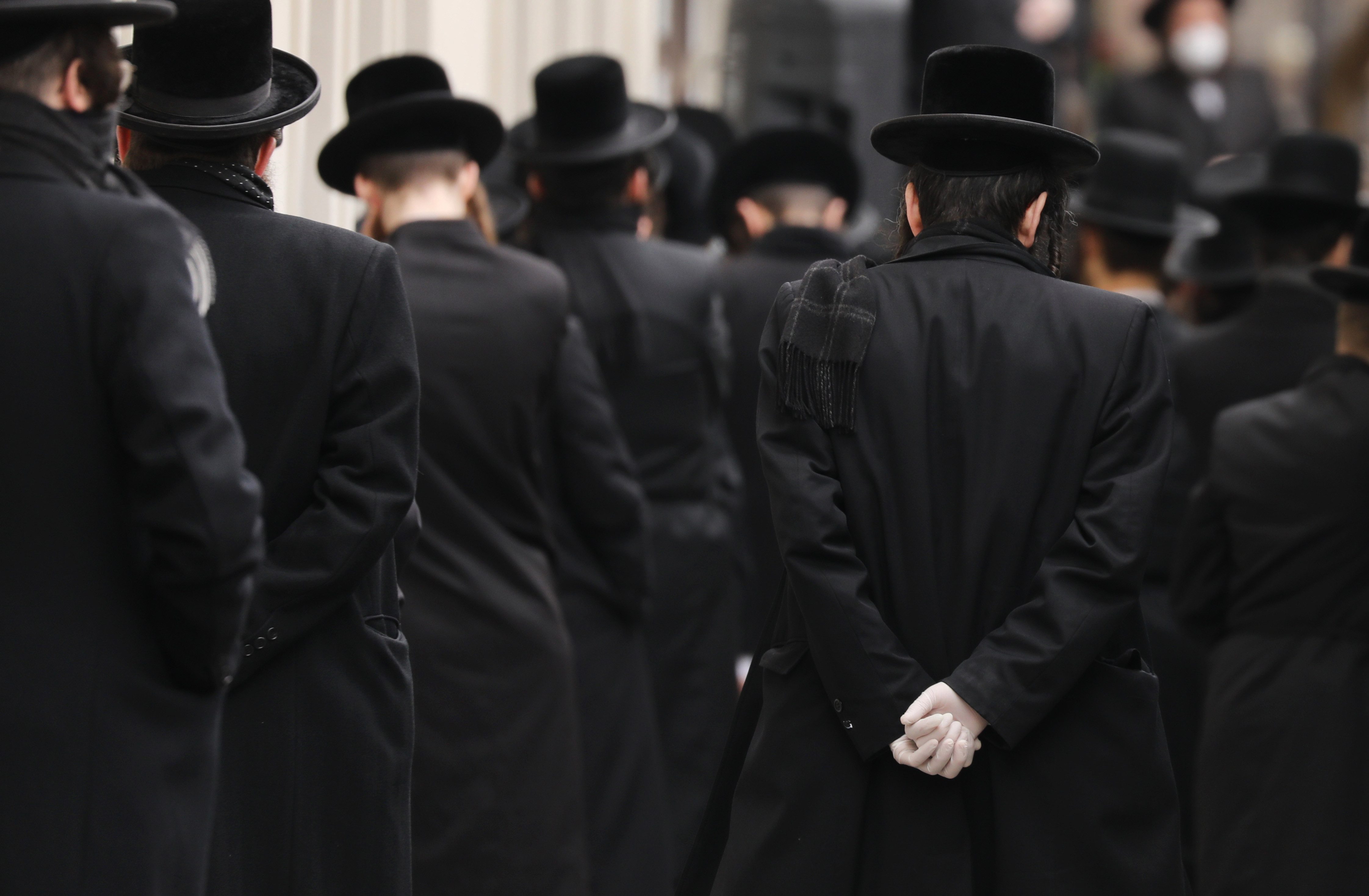 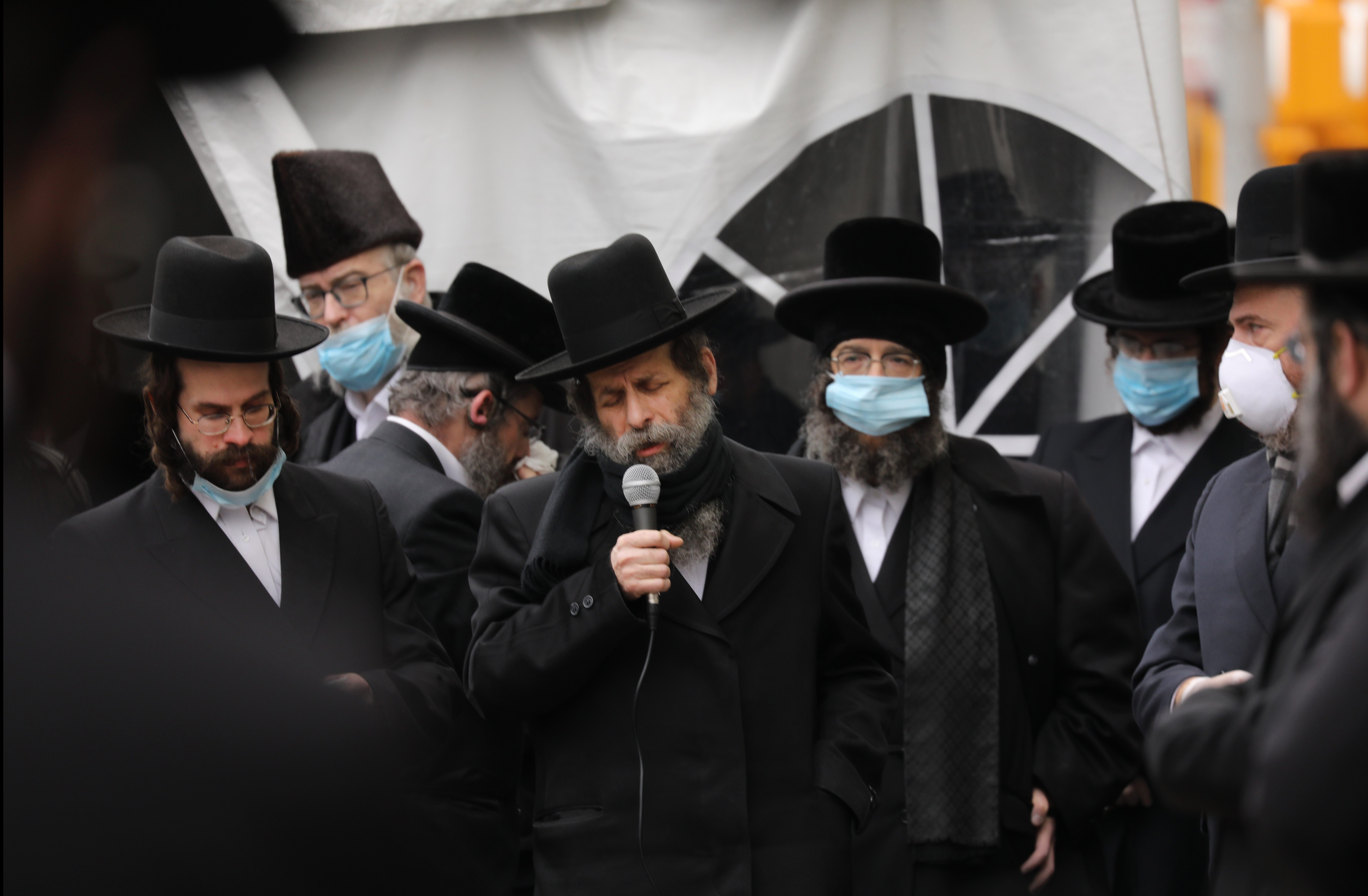 "When I heard, I went there myself to ensure the crowd was dispersed. And what I saw WILL NOT be tolerated so long as we are fighting the Coronavirus," he added.

New York City remains the nation's coronavirus epicenter, with over 295,000 of the nation's more than one million confirmed cases of COVID-19.

Nearly 23,000 New Yorkers have died of the virus – accounting for more than a third of the nation's total virus deaths.

In another tweet, de Blasio said that people will no longer receive warnings – and that action will be taken if they are found violating orders.

"My message to the Jewish community, and all communities, is this simple: the time for warnings has passed," he tweeted.

He added in a separate tweet: "We have lost so many these last two months + I understand the instinct to gather to mourn.

"But large gatherings will only lead to more deaths + more families in mourning. 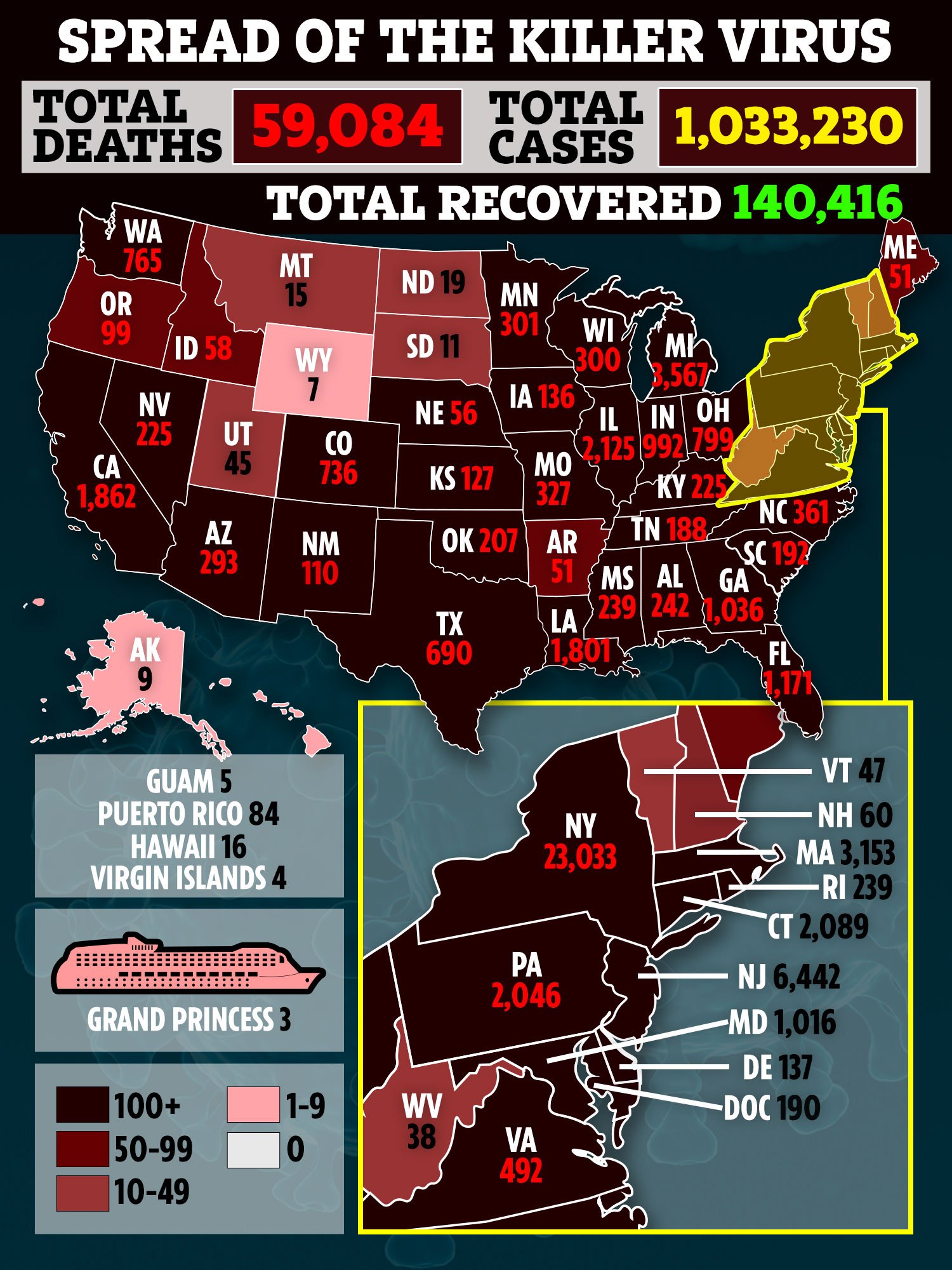 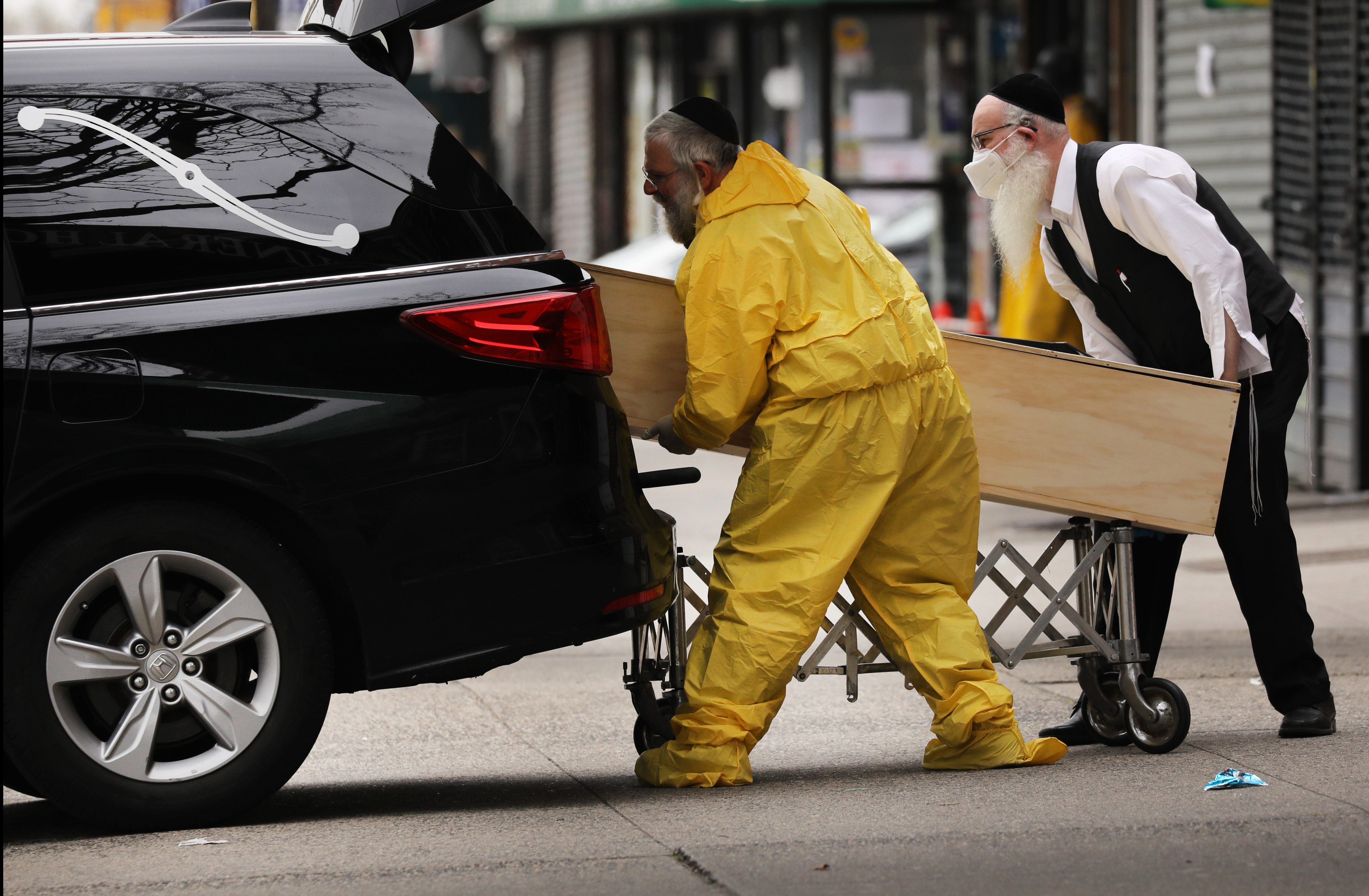 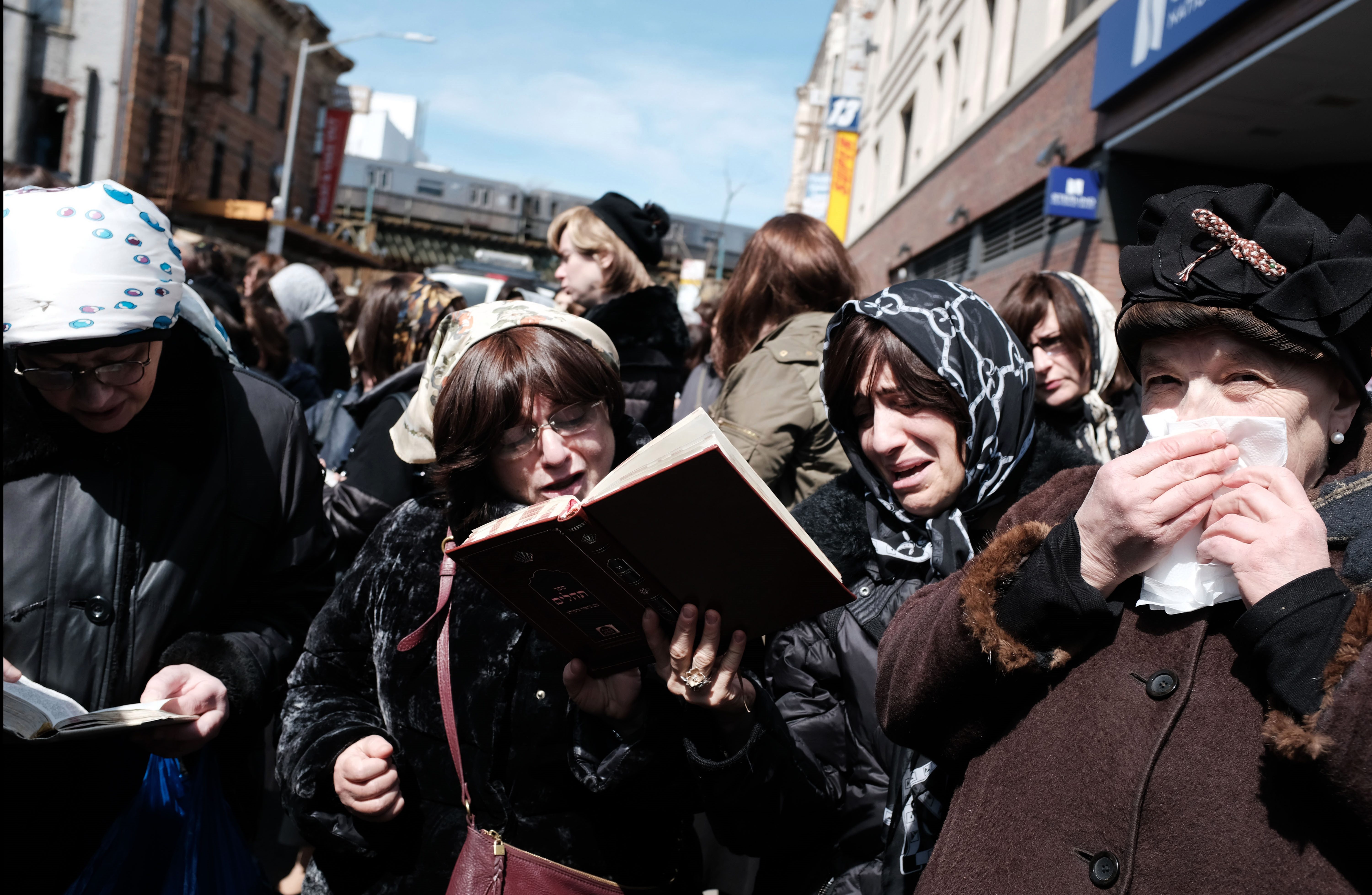 "We will not allow this. I have instructed the NYPD to have one standard for this whole city: zero tolerance."

Some slammed DeBlasio's response, questioning if he would have criticized other religious groups in the same way.

Others noted how people who gathered to watch the Blue Angels flyover earlier in the day were not met with the same criticism.

"The Blue Angels flyover in NY City today was beautiful, but I didn't see any outrage over the lack of social distancing," Joel Petlin, superintendent of the Kiryas Joel School District in a Hasidic Jewish community in New York tweeted.

"That reaction is reserved for Jewish weddings & funerals. Two wrongs don't make a right, but only one wrong makes the news and the condemnation of politicians," he added.

De Blasio's orders came the day after New York Gov. Andrew Cuomo announced that he will extend coronavirus lockdowns in parts of New York past May 15. 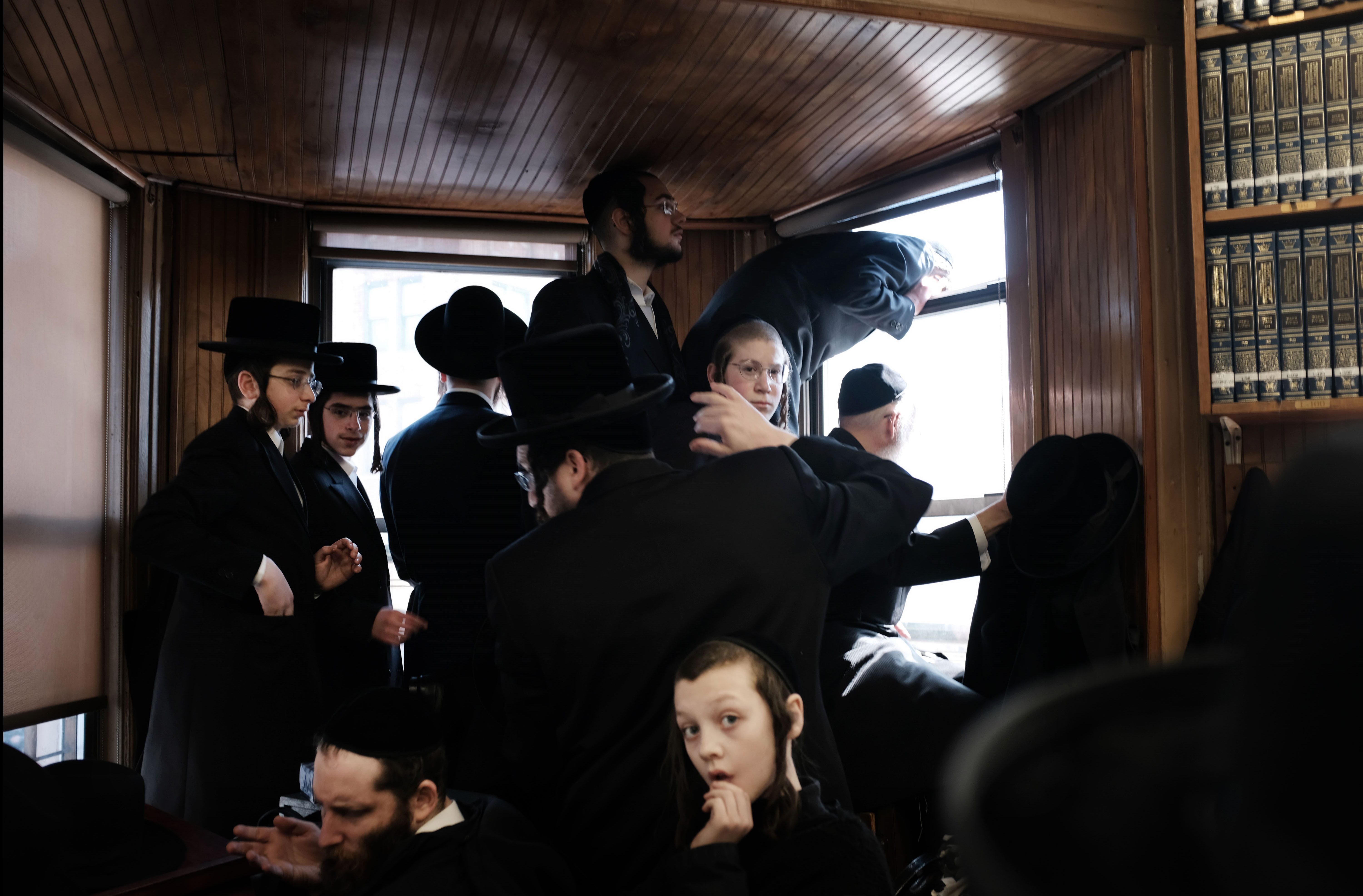 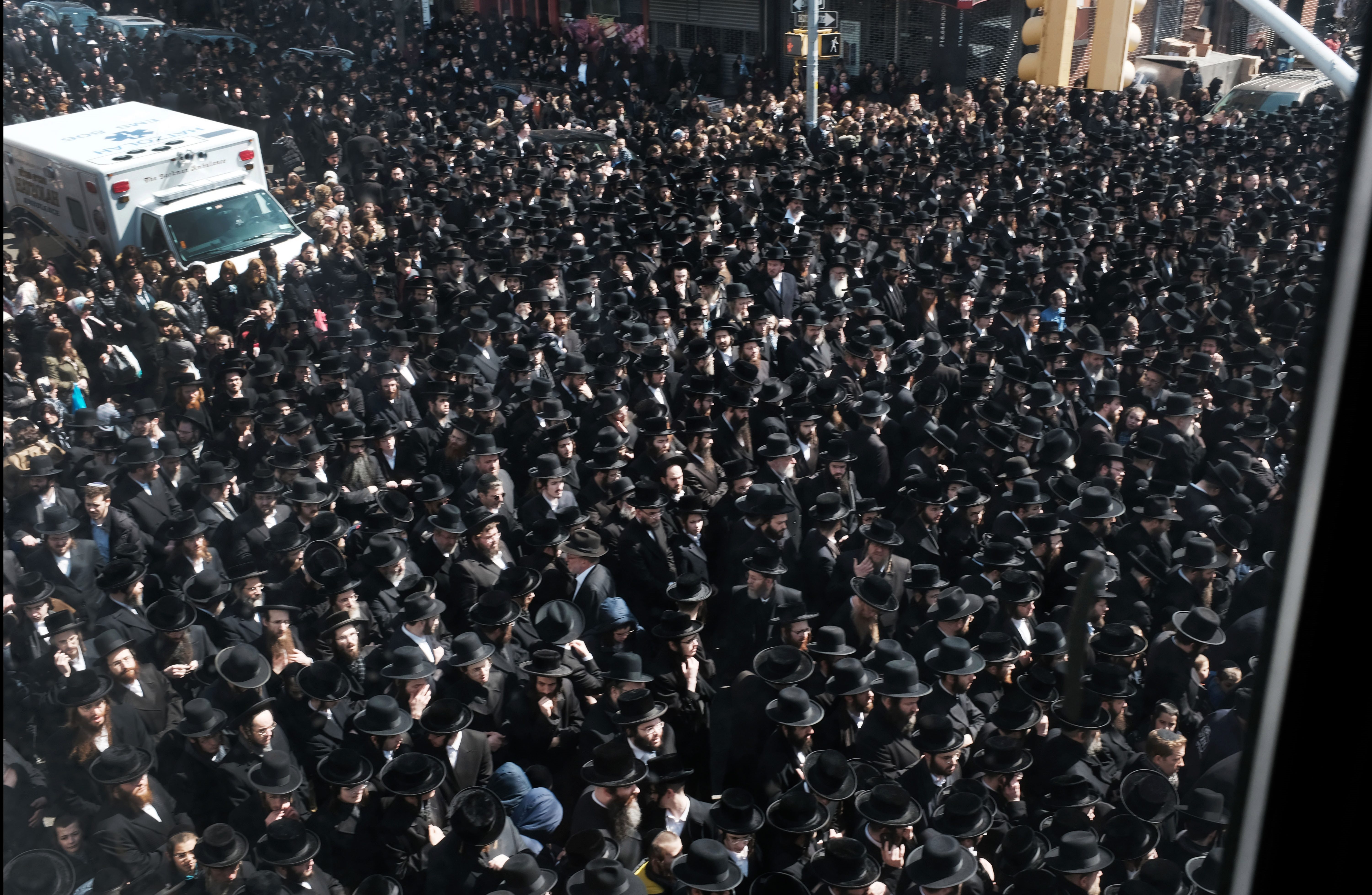 “We want to un-PAUSE," Cuomo told reporters at a news conference on Monday.

"May 15 is when the PAUSE regulations expire statewide."