Nursery worker, 28, who was told off for showing too much cleavage loses sex discrimination case because a male colleague with too many undone buttons would also have been disciplined

A nursery worker who was told she was showing too much cleavage lost her sex discrimination claim.

Latika Lawrence tried to sue her bosses but failed after an employment tribunal concluded that a male colleague with too many undone shirt buttons would have been similarly chastised.

Miss Lawrence, 28, took offence after her manager said her tight fitting dress left ‘too much breast on show’.

The tribunal was told that staff at the Bundles of Joy daycare centre in Streatham, south London, were required to wear a ‘conservative’ uniform including a pink polo shirt, black trousers and flat shoes. 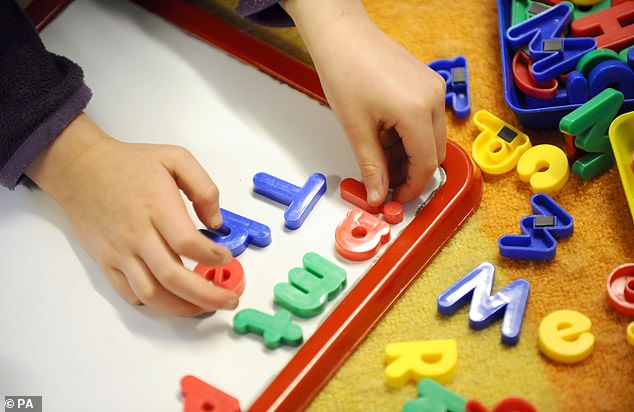 Latika Lawrence, 28, tried to sue her bosses at a daycare centre in Streatham, south London, but failed after an employment tribunal concluded that a male colleague with too many undone shirt buttons would have been similarly chastised (file photo)

But the panel heard no polo shirts were available in Miss Lawrence’s size so she instead wore a figure-hugging black dress with a scoop neck, which was ‘quite short’.

The tribunal was told she had ‘large breasts’ and wore large or extra large bras but that her build was ‘far from unusual’.

The panel concluded that ‘at times a significant amount of cleavage would be visible’.

They noted: ‘Because of the nature of the dress, the amount of [her] body that it covered depended on what [Miss Lawrence] was doing. The dress could ride up her legs, making it quite short. It could also ride down on the chest thus appearing quite low-cut, revealing some of [her] cleavage.’

They added that the job of a nursery nurse was an active one and involved bending over.

The tribunal heard that owner Zara Ahmed had recently taken over following a ‘disappointing’ Ofsted report. 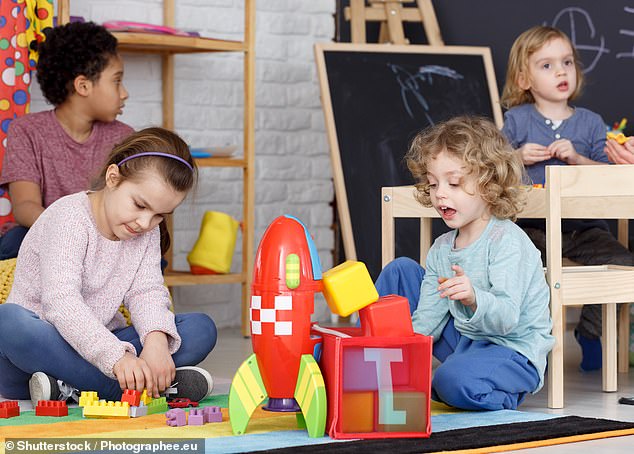 The tribunal was told that staff at the daycare centre were required to wear a ‘conservative’ uniform including a pink polo shirt, black trousers and flat shoes (file photo)

A council specialist who visited in January 2019 advised her to speak to Miss Lawrence as the ‘amount of cleavage visible’ was ‘unprofessional’ at a nursery.

At a meeting, Mrs Ahmed told Miss Lawrence her dress was ‘too low cut’. But Miss Lawrence, who raised a grievance and resigned in May 2019, told the tribunal that her boss had said her ‘boobs were too big’. The panel rejected this along with her claims of victimisation and sexual harassment.

It found that Mrs Ahmed had simply said she had ‘too much breast on show’, a comment that employment judge Daniel Dyal said was ‘entirely reasonable’.

He said the ‘conventional but conservative’ uniform was ‘gender neutral’ and the nursery would have applied the same standards to a man.