Bystanders to last weekend’s Las Vegas-area crash that left nine people dead flooded 911 lines with grim and urgent reports about what they were seeing.

North Las Vegas police released audio this week of the more than a dozen calls that came in about the tragedy.

“There’s bodies everywhere,” one person told emergency responders. The bystander went on to describe the “horrible accident,” according to FOX 5 in Las Vegas. 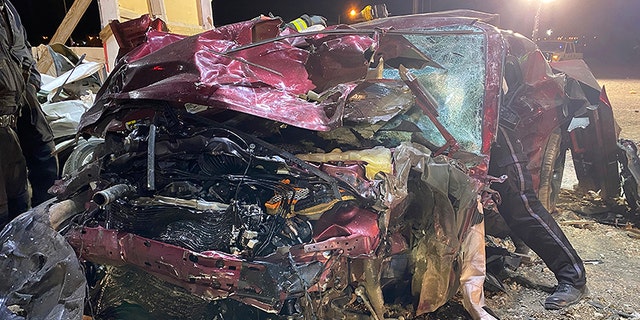 This photo released by the North Las Vegas Police Department shows a Dodge Challenger in North Las Vegas on Saturday, Jan. 29, 2022. Las Vegas police said the driver and his passenger were among the dead after Saturday’s crash.
(Associated Press)

“Oh my God. My God! Get down, it’s a kid, it’s a kid, don’t look!” another caller screamed in Spanish while on the phone with 911, the Las Vegas Review-Journal reported.

Gary Robinson, 59, is accused of driving through an intersection going more than 100 mph, killing himself, his passenger and a family of seven in a minivan, including four children between ages 5 and 15. 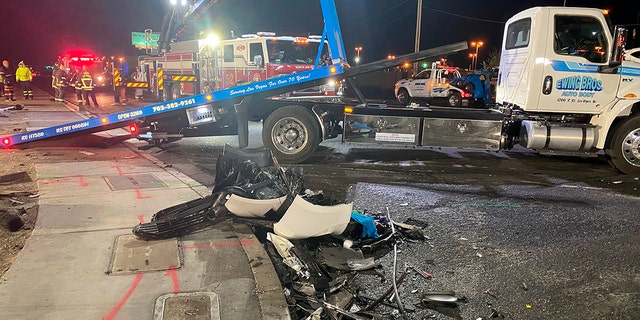 Four others were hurt in the six-car pileup, the Review-Journal reported.

‘In front of our eyes’ 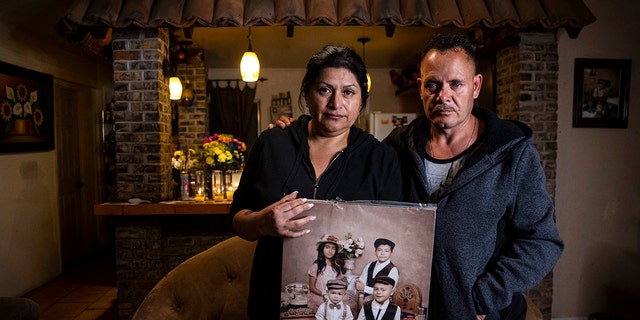 “It literally happened right in front of our eyes,” one caller said. “There’s a baby dead.”

“You need to be here quick,” another caller told emergency responders, noting that cars were “smoking,” according to FOX 5.