An English teacher has resigned from a top New Jersey prep school that is using critical race theory to create a “hostile culture of conformity and fear” — causing white and male students to believe they are “oppressors,” she said.

Dana Stangel-Plowe accused the Dwight-Englewood School in Bergen County of forcing students and faculty to embrace a single set of beliefs, choking off free-speech in the process.

“The school’s ideology requires students to see themselves not as individuals, but as representatives of a group, forcing them to adopt the status of privilege or victimhood,” Stangel-Plowe wrote in her letter to school brass.

“This is the dominant and divisive ideology that is guiding our adolescent students.”

A graduate of Cornell University and a published poet, Stangel-Plowe has taught English to high school students at Dwight-Englewood since 2014.

Her resignation letter and materials from the school were published on the website for the Foundation Against Intolerance & Racism (FAIR), which was founded by private school parent Bion Bartning earlier this year to combat critical race theory teachings in school and promote a “pro-human” agenda.

Stangel-Plowe alleged that on two occasions in 2017 and 2018 the Head of School Rodney De Jarnett “told the entire faculty that he would fire us all if he could so that he could replace us all with people of color.”

In 2019, the educator said she expressed concern about “negative experiences among hostile and doctrinaire colleagues” — but said her complaints fell on deaf ears. 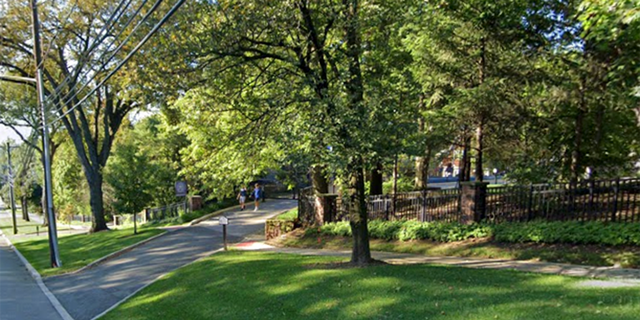 As a result of the school’s “anti-racist” teachings, she said her students have become obsessed with power structures and group identity.

“This fixation has stunted their ability to observe and engage with the full fabric of human experience in our literature,” Stangel-Plowe wrote in her letter.

Students “have become rigid and closed-minded, unable or unwilling to consider alternative perspectives.”

She added: “In our school, the opportunity to hear competing ideas is practically non-existent.”

“I reject D-E’s essentialist, racialist thinking about myself, my colleagues, and my students,” Stangel-Plowe wrote. “D-E claims that we teach students how to think, not what to think. But sadly, that is just no longer true.”

Joe Algrant, the principal of Dwight-Englewood’s Upper School, told The Post that he could not comment on personnel matters.

“In this case all I can say is that Ms. Stangel-Plowe notified us several months ago that she would not be returning next school year,” he said in an e-mail.