Grieving families of patients who have died after contracting coronavirus are exploring the possibility of taking the NHS to court, as unions warn litigation threats are piling added pressure on already stressed medics.

At least 17 families whose loved ones have died during the Covid-19 pandemic are considering legal action, according to support charity Action Against Medical Accidents (AvMA).

It comes as the Sun on Sunday today reported that NHS bosses are reportedly so concerned about future legal action that they have issued guidance to staff to ensure they are protected.

Meanwhile, bosses from the Medical Defence Union (MDU) warned that Covid-19 and threat of legal action was adding stress to the ‘highly pressurised and stessful working conditions’

The union is now calling on healthcare professionals to be given immunity from Covid-19 related claims. 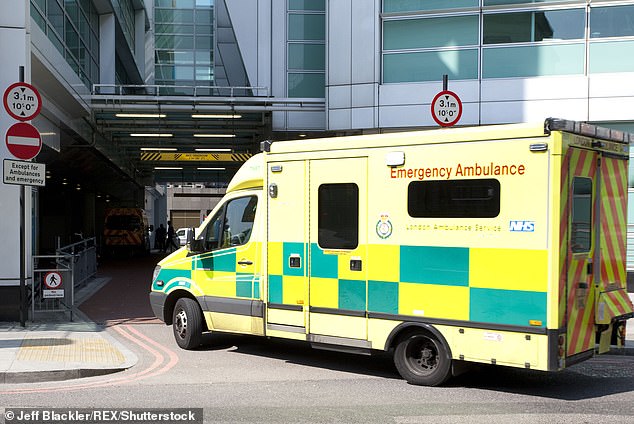 At least 17 families whose loved ones have died during the Covid-19 pandemic are considering legal action, according to support charity Action Against Medical Accidents (AvMA). Pictured: An ambulance outside a hospital (library image)

It is also supporting a call by the think tank the Institute for Public Policy Research (IPPR) for a support package to protect medical professionals’ health and well-being during and after the pandemic.

‘Many clinicians will be dealing with increased workloads or operating in unfamiliar fields of practice.

‘Added to that are the extra pressures of treating seriously ill patients and the thought of the personal risks to them and their families.

‘This creates an environment of extreme stress and anxiety for frontline NHS staff which is recognised in the Care fit for carers report.

‘In addition to the guarantees being suggested, healthcare professionals must also be offered protection from the stress of facing the claims for compensation which may result from the extraordinary efforts they are taking.

‘Such claims may come in many years after the public memory of the sacrifices being made are forgotten and will be a drain on staff time, morale and stretched NHS resources.’

Charity AvMA, which has been offering support and advice to aggrieved relatives of healthcare patients for over 30 years, says it has been contacted by 17 families in relation to coronavirus.

Chief executive of the Croydon-based charity, Peter Walsh, said not all of the potential cases related directly to Covid-19 deaths.

He said: ‘The majority are indirectly linked and might involve something going wrong with treatment where Covid-19 has been involved or a trust has made changes because of the virus.

‘There are a minority of cases directly involving Covid-19.’

Mr Walsh said the charity provided support and advice and did not take on any legal action itself.

But he said the charity could point aggrieved families in direction of specialists lawyers if necessary.

He added that the charity was still in the early stages of reviewing the 17 cases and did not know if they would be taken to court.

The Sun reports that the NHS Litigation Authority, the body which handles all compensation case, is currently facing claims of £83.4billion, with an average payout per claim standing at £50,000.

The concerns come as Matt Hancock last week announced the government would pay out £60,000 to NHS staff who died of the virus, while insisting families could still take legal action.

More than 90 NHS staff are reported to have died so far from the virus. 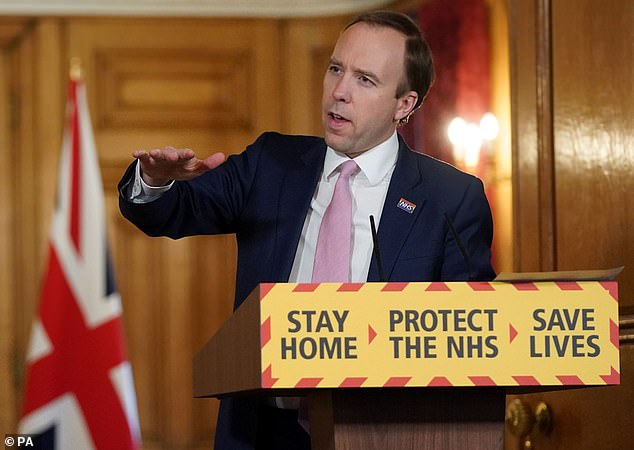 The concerns come as Matt Hancock (pictured) last week announced the government would pay out £60,000 to NHS staff who died of the virus, while insisting families could still take legal action 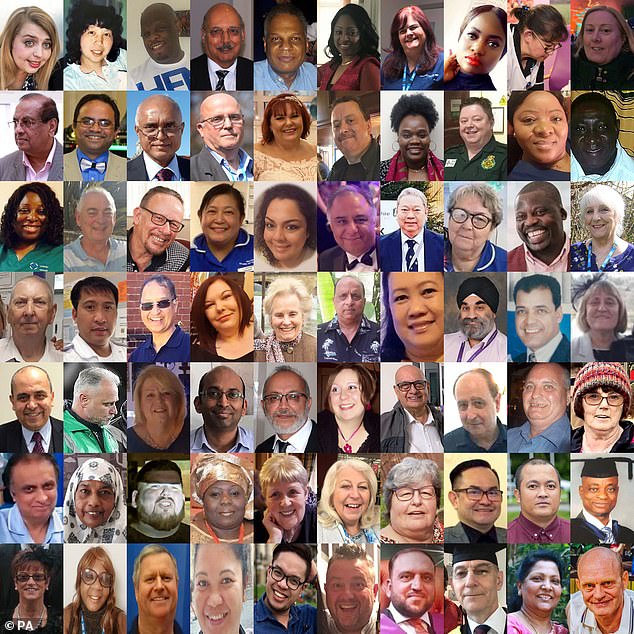 More than 90 NHS staff are reported to have died so far from the virus. Pictured are those NHS workers who have died since the outbreak

One of those was Ken Lambatan, 34, a nurse working in a Clinical Research Facility at St George’s Hospital in London.

His death was announced a short time before the nation held a minute’s silence for health workers such as Mr Lambatan, who lose their lives to the killer disease.

Jacqueline Totterdell, Chief Executive of St George’s Hospital and Professor Jenny Higham, Principal of St George’s, University of London led tributes to their colleague, describing him as a ‘true gem’.

Hospital cleaner Eileen Landers died at the place where she had worked for the past 16 years – Queen’s Hospital in Burton-upon-Trent, on Sunday, the University Hospitals of Derby and Burton NHS Foundation Trust (UHDB) said.

She was the third person from the trust to die after contracting the disease.

It follows the deaths of 55-year-old consultant Amged El-Hawrani, on March 28, and A&E consultant Manjeet Singh Riyat, 52, at the Royal Derby Hospital, where he worked, on April 20.

Mr El-Hawrani was the first frontline NHS worker to die after getting the virus, NHS England said.

Earlier this month, two older health workers still caring for patients into their 70s and 80s both died on the same day of coronavirus. 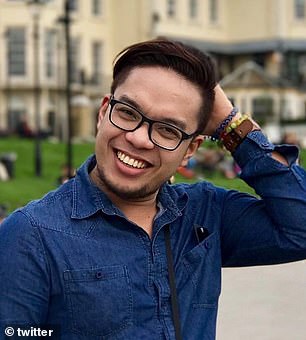 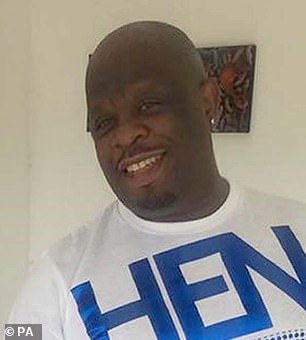 Great-grandmother Margaret Tapley was working as an auxiliary nurse at the age of 84 and hailed as ‘a legend on the ward’.

Sophie Fagan, 78, had served the NHS for more than five decades, starting as a nurse before becoming a hospital care co-ordinator.

Meanwhile, Thomas Harvey, 57, who worked for the NHS for more than 20 years at Goodmayes Hospital in east London, died in March after contracting the virus.

The father-of-seven is said to died ‘gasping for air’ at the family home in east London.

His son later criticised the government over a lack of person protective equipment (PPE) for his father.

MailOnline contacted NHS England for a comment, but was deferred to the Department for Health and Social Care, who are yet to comment.