TWO parents who beat coronavirus met their new twin babies for the first time, 20 days after the mom gave birth.

Mother Jennifer Laubach gave birth to her sons, Mitchell and Maksim on April 3 – but as she and her husband both tested positive for coronavirus, neither were able to meet the twins until weeks later. 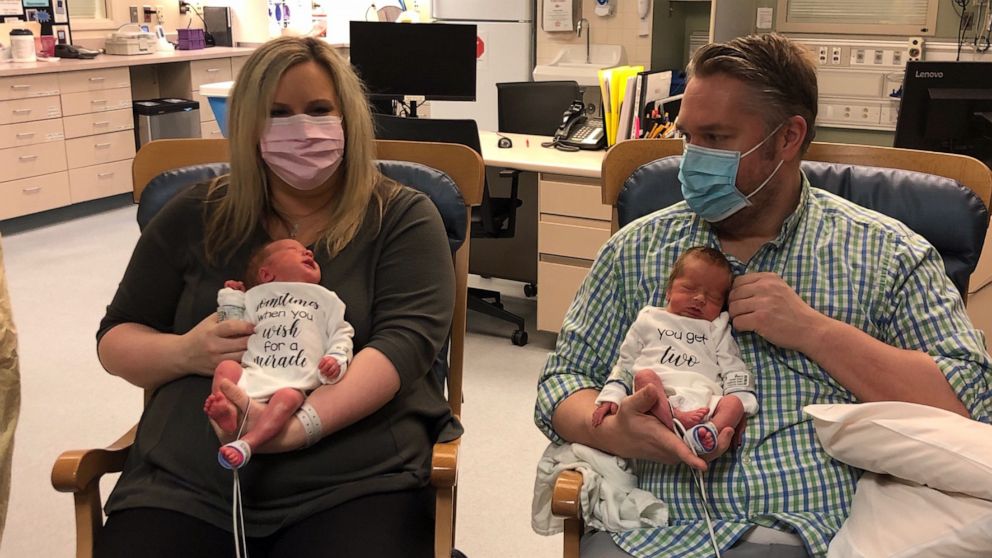 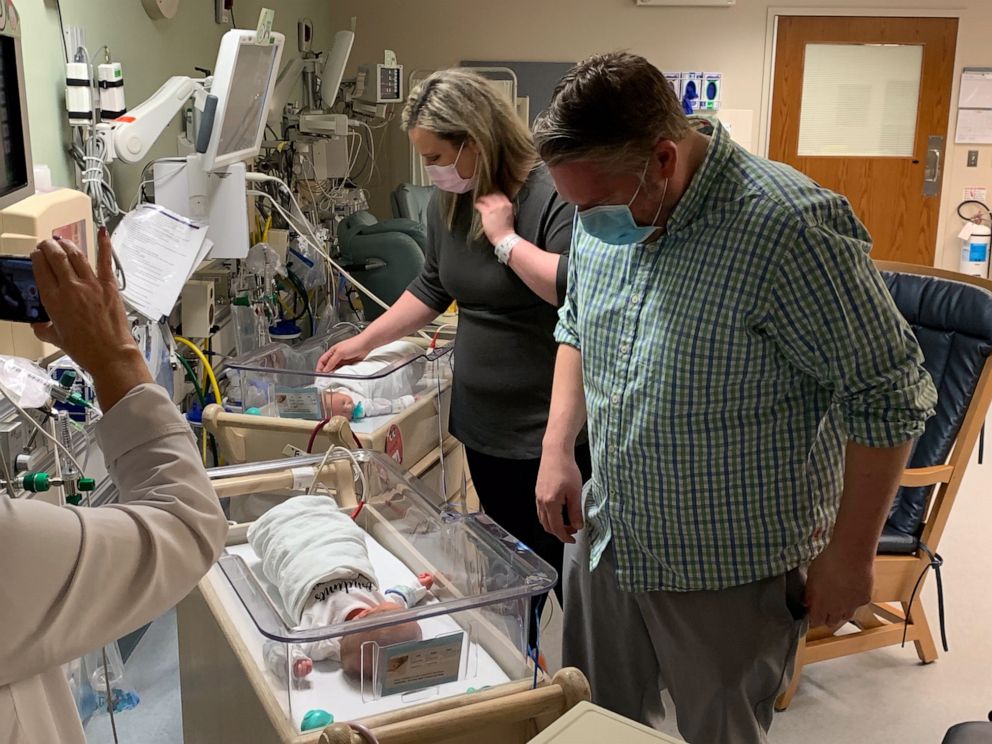 "It was very emotional because at that point it had been three weeks since their birth," Laubach, 36, told Good Morning America of the moment she met her sons.

"It felt like I gave birth and they were just gone," she said.

Born at just 32 weeks into Jennifer's pregnancy at Troy Beaumont Hospital in Troy, Michigan, the twins were taken into the NICU and put under quarantine for risk of coronavirus.

"It was heartbreaking," she told WNEM of the experience.

Jennifer, who along with her husband, 36-year-old Andre, just last week was finally able to meet her sons, urged people to take the virus seriously and understand the serious risks it poses.

"I just want people to take this virus seriously and not take your loved ones for granted, that’s for sure," she told Good Morning America. 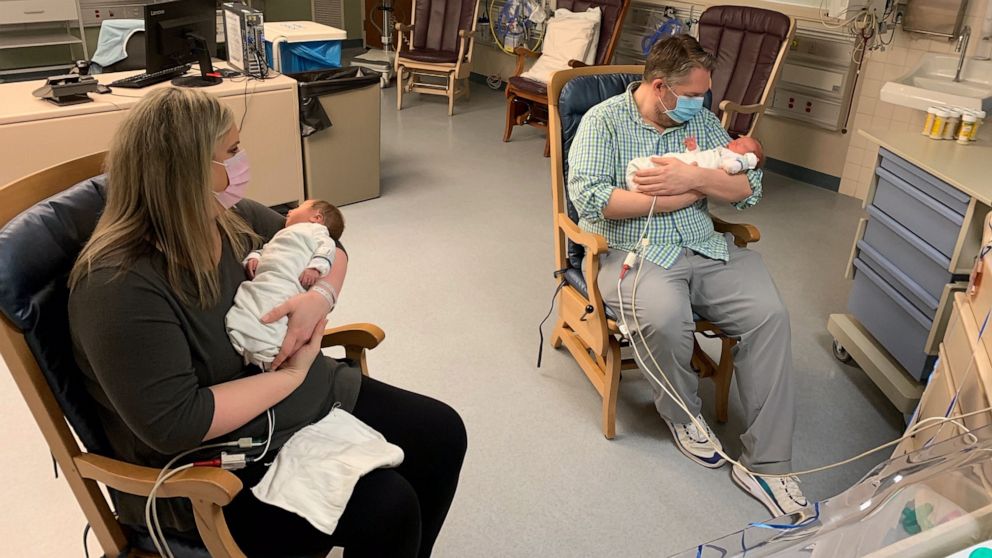 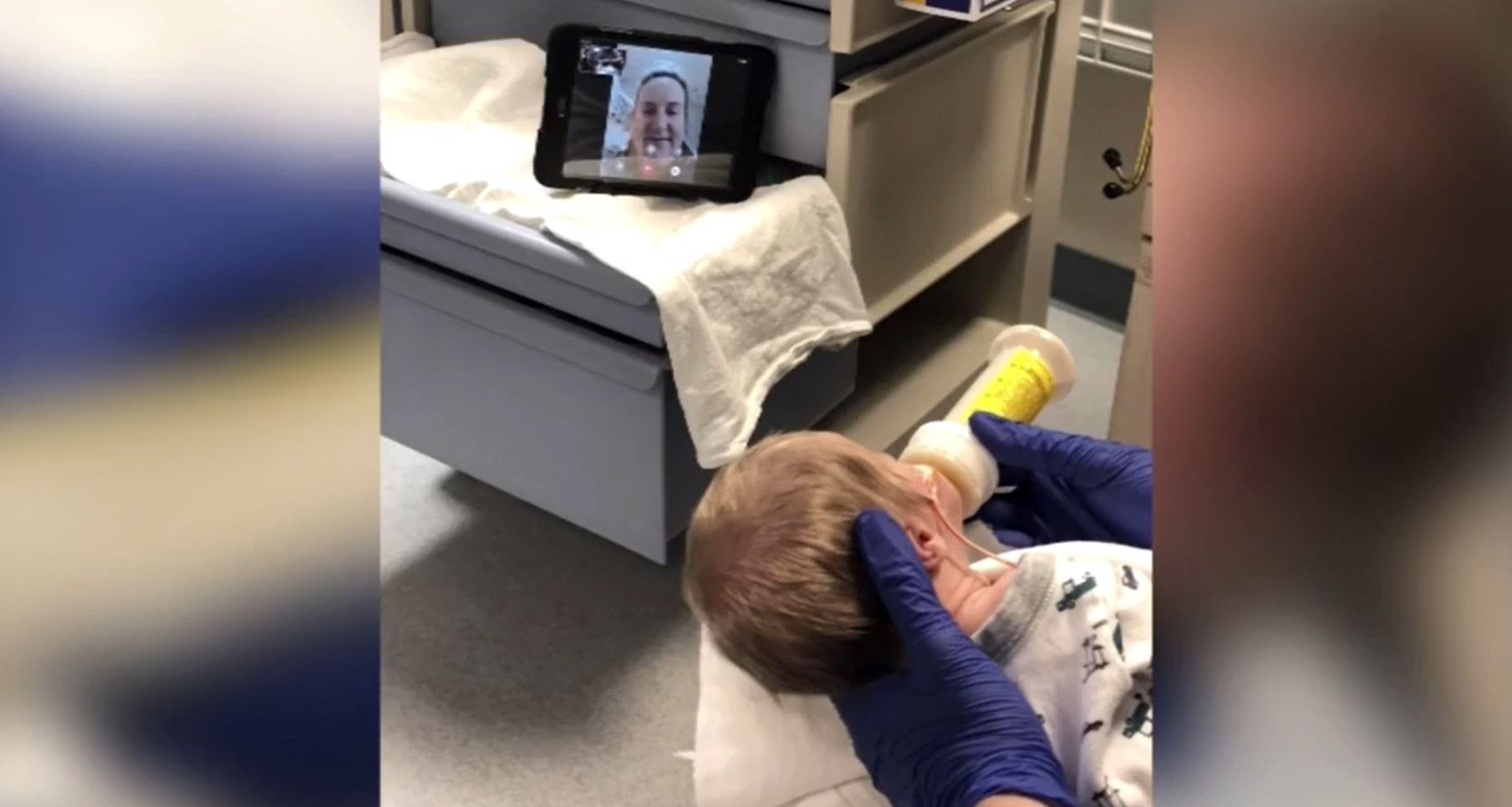 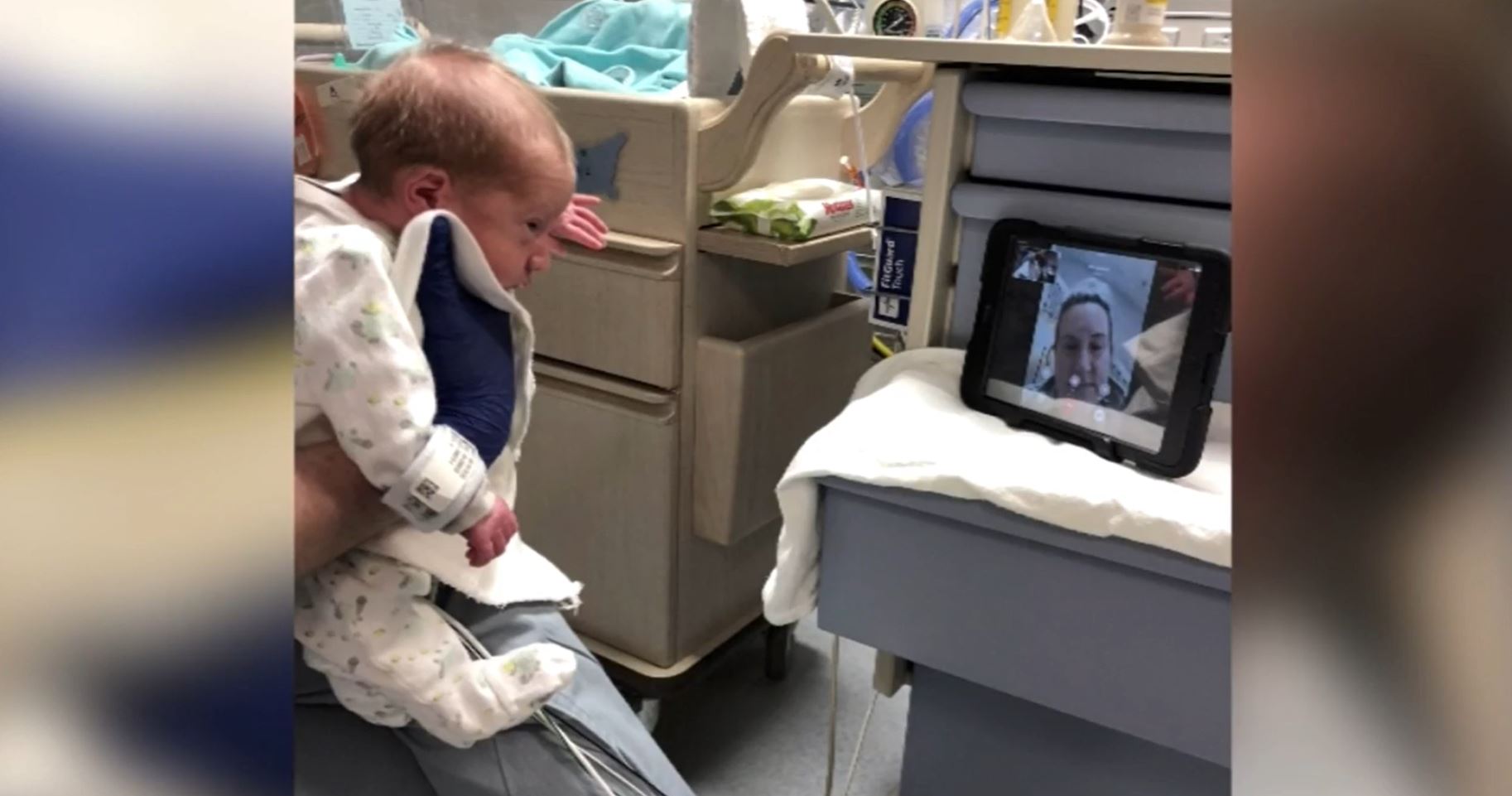 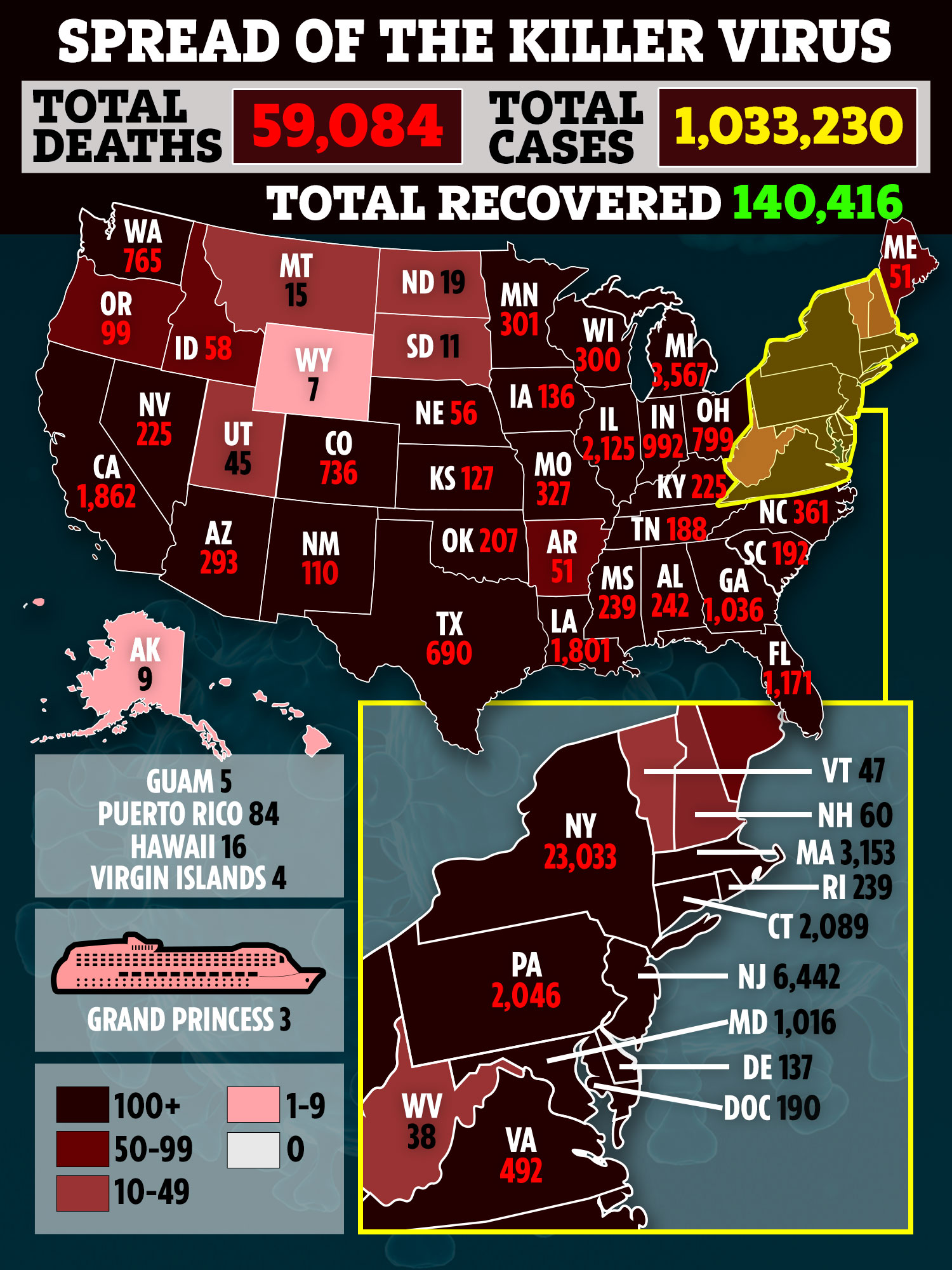 Just days after the eight months pregnant mother began isolating at home in mid-March, Jennifer and Andre both developed symptoms of COVID-19, and were tested for the virus.

As the couple was on the way to the hospital, Andre found out he tested positive for the virus, he told WNEM.

Jennifer drove 25 miles to the hospital alone – as her husband was not allowed due to coronavirus restrictions – where she delivered the twins the next day.

Immediately after they were born, the twins were taken to quarantine in the NICU as a precaution against coronavirus.

After giving birth, Jennifer found out she also tested positive for the virus.

The new mother spoke of the struggle of being separated from her twins and her husband after giving birth. 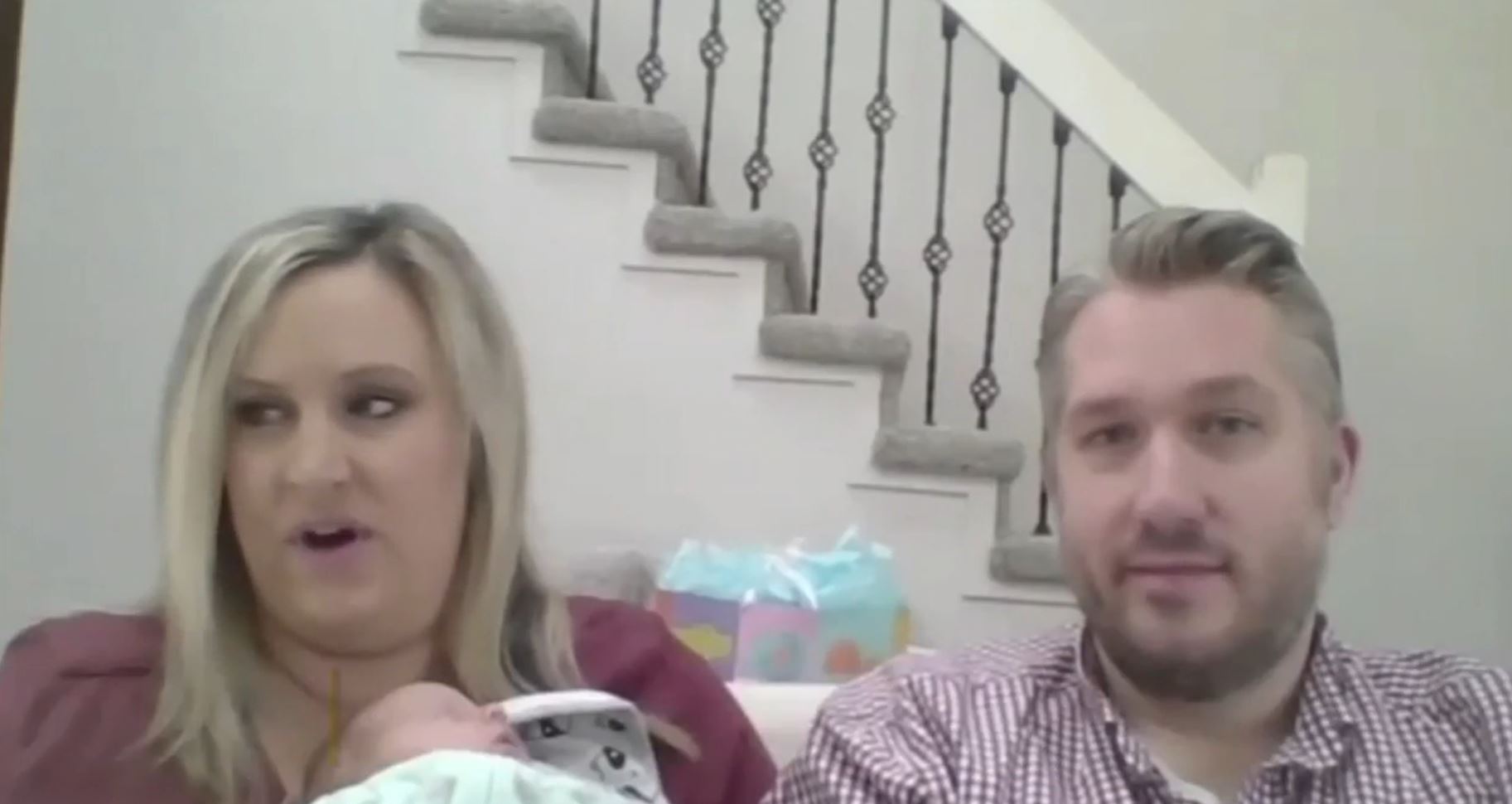 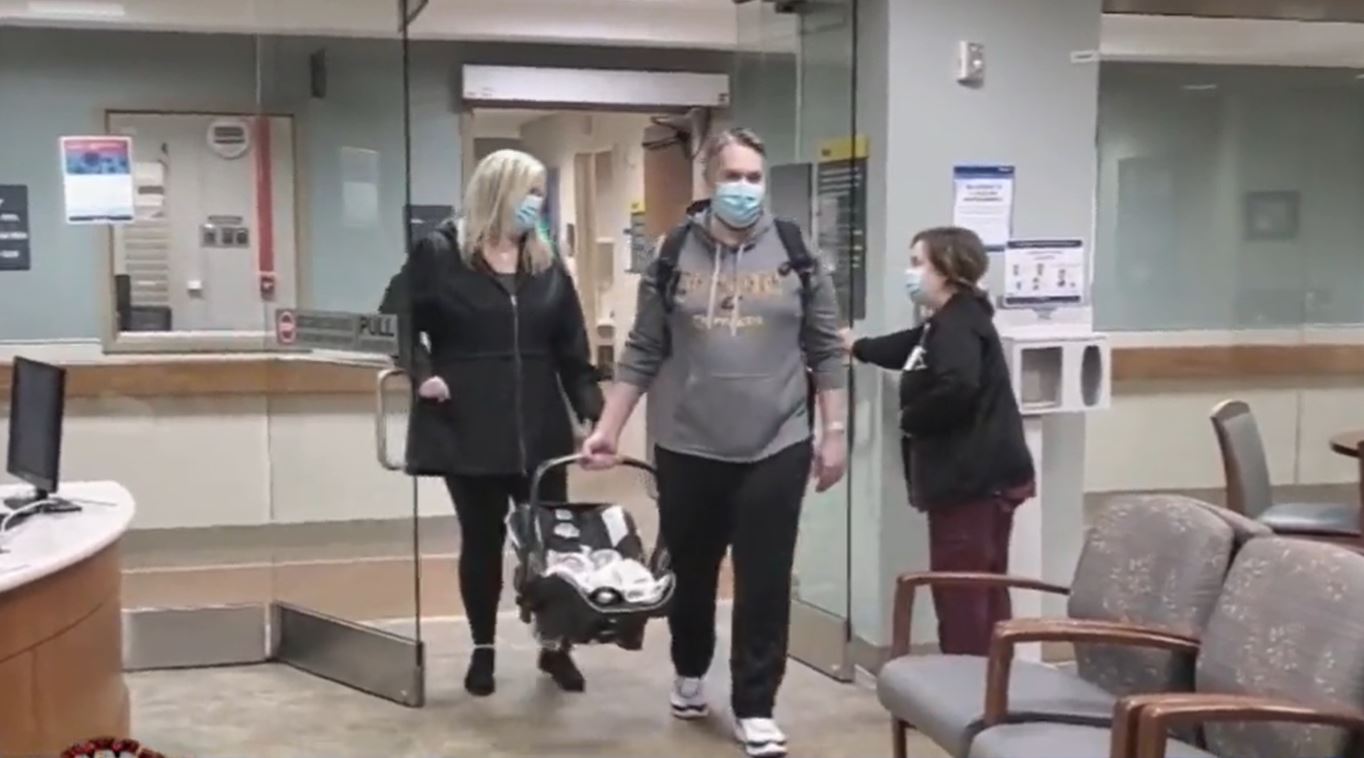 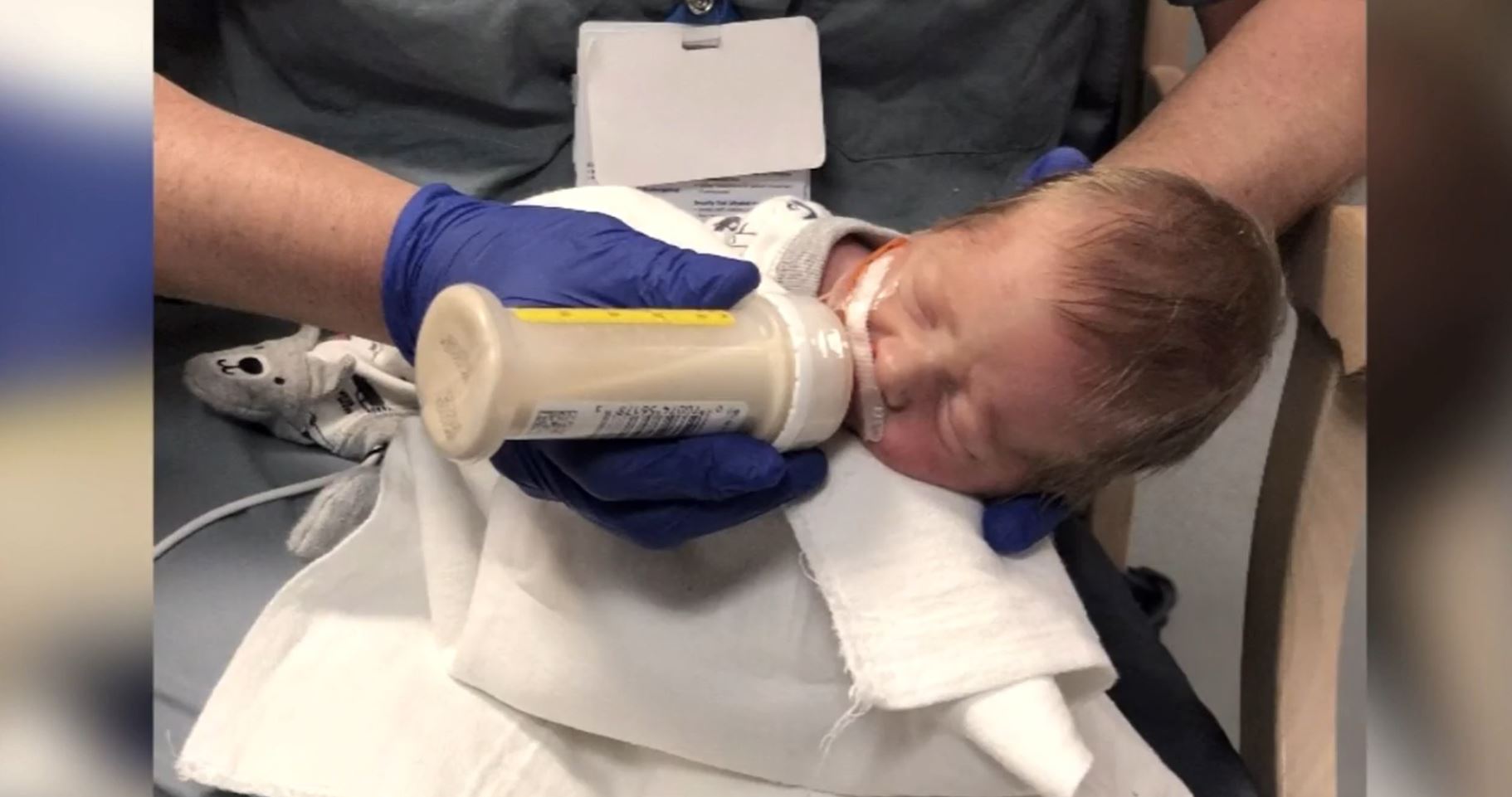 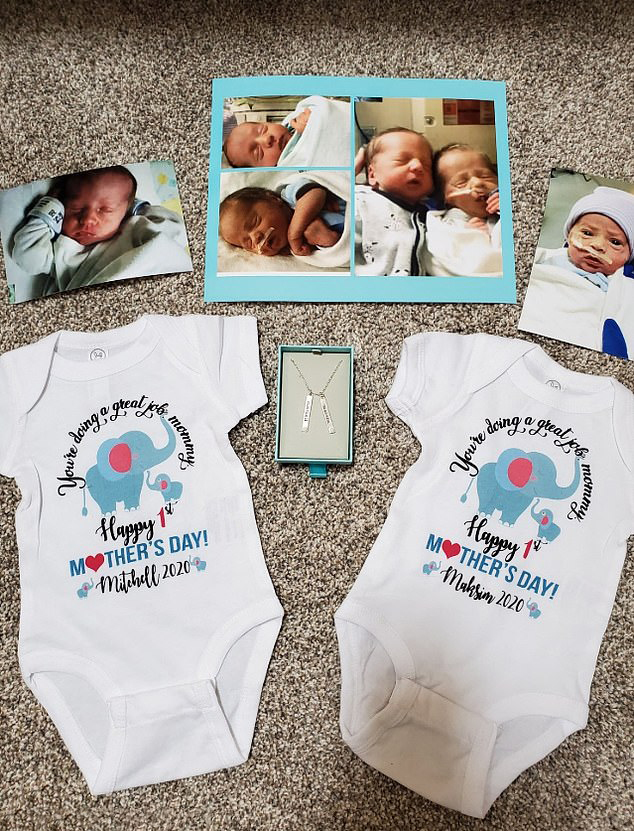 "I was isolated again from my family and friends and couldn’t see my babies and I was going through some postpartum depression I’m sure," she told Good Morning America.

The new mother recovered, and she and her husband both tested negative for COVID-19.

Despite testing negative for the virus, the parents were only allowed to communicate with the babies using video cameras.

Neither of the twins tested positive for COVID-19, but because they were premature, they had to spend time in the NICU, WNEM reported.

Nearly three weeks later – 20 days after Jennifer gave birth – the couple were finally cleared by doctors and were able to meet their sons.

Mitchell came home with the couple on Sunday, but Maksim – who was on a ventilator and feeding tube – is still making his recovery.

"We're hoping Maks, maybe by the end of the week, will be home," Andre told WNEM.

"Everyone will be together," he added.

Across the U.S., more than one million people have tested positive for COVID-19, and over 56,000 people have died.