Nearly a FIFTH of UK firms could shut within four weeks: Up to a million small to medium companies face ruin because banks are ‘refusing to give them government-backed loans’

Nearly a fifth of small British businesses could be forced to close in the next four weeks after running out of cash amid complaints the government-backed loan scheme was ‘not accessible’.

Many bosses said banks had refused them an emergency loan for not meeting the criteria while others could not get through on the phone or were told the money would take weeks to arrive.

Research published today by the BBC suggests that between 800,000 and a million businesses could be forced to shut their doors because they can no longer cover their costs. 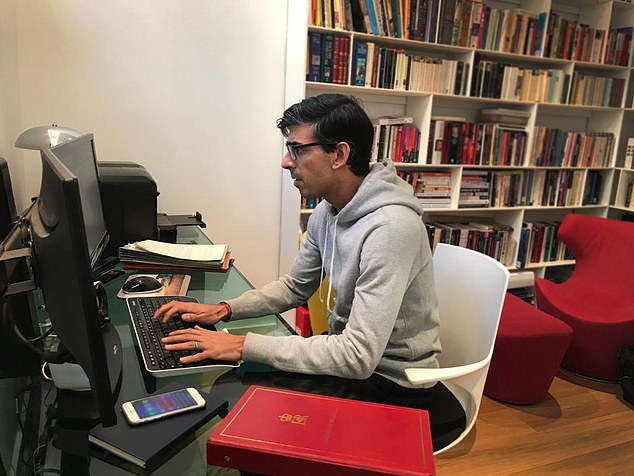 Chancellor Rishi Sunak announced last month that ‘any good business in financial difficulty’ that needed cash to pay rent, salaries or suppliers would be able to take out a Coronavirus Business Interruption Loan

Chancellor Rishi Sunak announced last month that ‘any good business in financial difficulty’ that needed cash to pay rent, salaries or suppliers would be able to take out a Coronavirus Business Interruption Loan under attractive terms.

The loans of up to £5m would be available for any business with a turnover of up to £45m and include a year’s interest paid by the government and flexible repayments for up to six years.

However, businesses can only get the loans if they cannot borrow in a normal way, like borrowing against the value of a property.

If they want more than £250,000 they have to sign a personal guarantee, meaning their property is on the line if the shutdown continues for months and they cannot repay the money.

Kate Stewart, who runs a hospitality venue in Liverpool, told Radio 4: ‘It’s an absolute nightmare. I got the criteria through from Lloyds bank and you’d have to jump through hoops, flip over backwards and then jump over the River Mersey to get it.

‘They said that because there’s equity in my property there’s security there for a normal loan, so I don’t qualify, so I’d still have to service the loan every month like a normal loan.

‘An entrepreneur whose opened their own beauty salon or hair salon, they wouldn’t have a chance. The money just isn’t accessible for the people who need it.’

Another business owner, Steve Lord, who runs Belgrave & Powell, an engineering group in Nottinghamshire, said some banks were offering interest rates of up to 30% to ‘take advantage of the situation’.

He said the government needed to take more control and ensure that ‘everyone’s offering the same terms’.

A spokesman for UK Finance said: ‘Lenders are working hard to get financing to all businesses who need it as quickly as possible and are using the Coronavirus Business Interruption Loan Scheme (CBILS) where appropriate, with some funding having already been provided under the scheme.

‘All lenders will take into account a business’s individual circumstances when considering applications and many business loans can be provided either unsecured or secured on business assets.’