Last time we celebrated Mother’s Day Victoria was a very different place, almost on another planet. 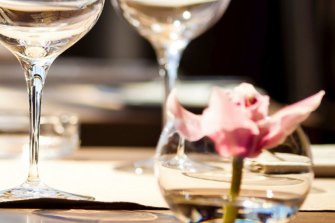 Restaurants are breathing a sigh of relief for this Mother’s Day.

Brett Sutton, the Victorian Chief Health Officer who was just becoming a household name, announced that morning: “Today’s increase in cases illustrates once again that while we have been flattening the curve, our battle against COVID-19 is far from over.” The daily coronavirus announcement reported an increase of 10 new cases, bringing the running total to 1487.

The initial shock of the epidemic – the fights over toilet paper – was a couple of months behind us, but the Cedar Meats outbreak showed how vulnerable we still were and the second wave proper, sparked by hotel quarantine breaches, was still in the future.

And we were in the first lockdown, with only four reasons to leave home: collecting food and supplies, receiving medical care and care giving, exercise, and work or education.

Despite pressure from the opposition and a growing band of protesting fringe elements to lift restrictions for Mother’s Day, Premier Daniel Andrews would not relent. “Everyone wants to be with their mum, but let’s be really cautious, let’s be really careful not to be spreading the virus,” he said. “I can tell you what I will be doing on Mother’s Day – I will not be visiting my mum.”

Which meant no brunches, no family gatherings, no barbecues and no booked-out restaurants. We weren’t even sure if we could buy mum a bunch of flowers.

The first months of 2020 had been especially hard for mothers of young and school-aged children, as households juggled working from home with increased childcare responsibilities.

While some hoped the “new normal” would mean fathers took a greater role in domestic labour, there will be few mothers whose workload did not increase dramatically during lockdown, with little respite: no play dates, no cafe catch-ups, just Zoom calls and four walls closing in. Unsurprisingly, mental health services reported increased stress levels among women. And now, not even Mother’s Day to say thank you?

As it turned out, “cancelling” Mother’s Day only imbued it with more meaning. It was no longer a routine celebration, a day that some like to dismiss as a commercial invention, but an opportunity to think about the sacrifices many mums were making and to honour them, even if was often in absentia.

It was fitting, we editorialised on the day, “that this year, in the face of another pandemic, we are forced to return to the humble origins of the day and mark it with sincerity, but less fanfare”.

Of course, for many mums, after the brief respite when restrictions eased it only got harder: months of lockdown and home schooling lay ahead.

Research funded by the Equal Workplace Advisory Council, La Trobe University, The United States Studies Centre at University of Sydney and The Policy Lab at the University of Melbourne found that the second lockdown had exposed Victorian women as “particularly vulnerable to compounding disadvantage – job loss, business disruption, higher childcare and housework burdens and more adverse health effects such as sleeplessness and anxiety”.

So while today it’s business as usual once again for the florists and restaurants who rely on Mother’s Day for so much of their annual trade, let’s not forget the occasion was originally conceived, in 1908, to recognise the sacrifices mothers make, both for their children and for society at large. Never has it felt so relevant.

The Age’s editor Gay Alcorn writes an exclusive newsletter for subscribers on the week’s most important stories and issues. Sign up here to receive it every Friday.