Jealous mother-of-three, 49, is jailed for eight years for nearly killing her husband by stabbing him 22 times over alleged affair as he says he still loves her

A jealous mother-of-three has been jailed for more than eight years for nearly killing her husband by stabbing him 22 times when she thought he was having an affair.

Despite Joanne Singleton, 49, stabbing husband Kevin in September last year, he told Hull Crown Court today that he had forgiven her and still loves his wife.

Singleton, of Derrythorpe Road, Althorpe, Lincolnshire, approached her daughter raising concerns that her husband was seeing someone else – which he had previously denied.

She later sent texts saying she ‘would not be taken for a mug’ and it was ‘pay day.’

The next morning, she attacked her husband of 25 years in their kitchen, stabbing him 22 times. 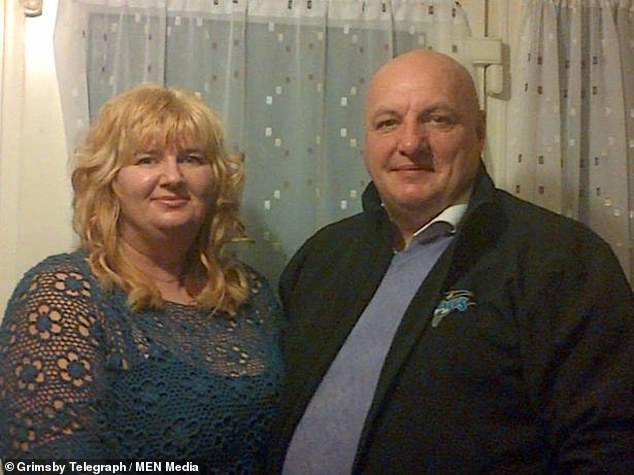 Joanne Singleton, 49, stabbed her husband Kevin (pictured together) 22 times after she suspected he was having an affair

Hull Crown Court heard that she roped in their young son Fox, 22, who hid the two knives and a blade inside a McDonald’s bag to protect his mother.

Prosecuting, David Bradshaw, told the court: ‘Just before 2pm on September 7, Fox Singleton called an ambulance and told the operator his father was lying on the floor with a head injury and a puncture wound to his back.

‘The police were called and when they arrived the complainant was in the conservatory being attended to. Fox Singleton was in the garden, calm, throwing a ball to a dog.

‘Police asked Joanne Singleton what had happened and she said, ‘I have no idea. I just found him in the doorway.’

‘The officer noticed Fox Singleton had blood on his clothing.’

Mr Singleton was airlifted to Hull Royal Infirmary where he underwent treatment to the 22 puncture wounds. 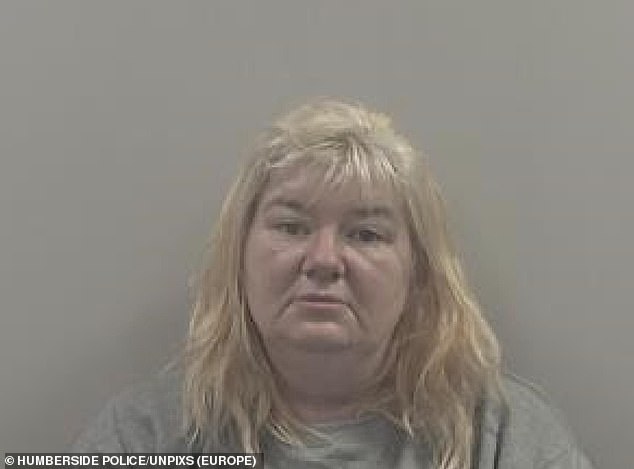 Despite the attack, Mr Singleton told Hull Crown Court that he has forgiven Joanne (pictured) and said he still loves her

Both Joanne and Fox Singleton were taken into custody where they were at first treated as witnesses.

Fox Singleton told officers his father had told him a person had rang the doorbell, he answered the door and that’s all he could remember.

He said he was woken by his mother screaming and he called the emergency services.

Joanne Singleton told officers she had been out since 8.30am and did not notice her husband at first when she returned home.

As they were interviewed, Crime Scene Investigators searched the family home in Althorpe and found a knife handle in the conservatory and two knives and a blade that had been wrapped in a McDonald’s bag and a towel and in a washing basket upstairs.

Mr Bradshaw told the court that while she was in custody, Singleton told an officer: ‘I sat with him for four hours. I’m going to have him all over me.’

The prosecutor said that on September 9 while in a police car, Singleton said of her son: ‘He was just looking after his mum. His mum and dad fight so many times and his mum gets a kicking, it’s scared him.

‘I didn’t want to kill him, I just wanted to hurt him. I could have killed him.’ 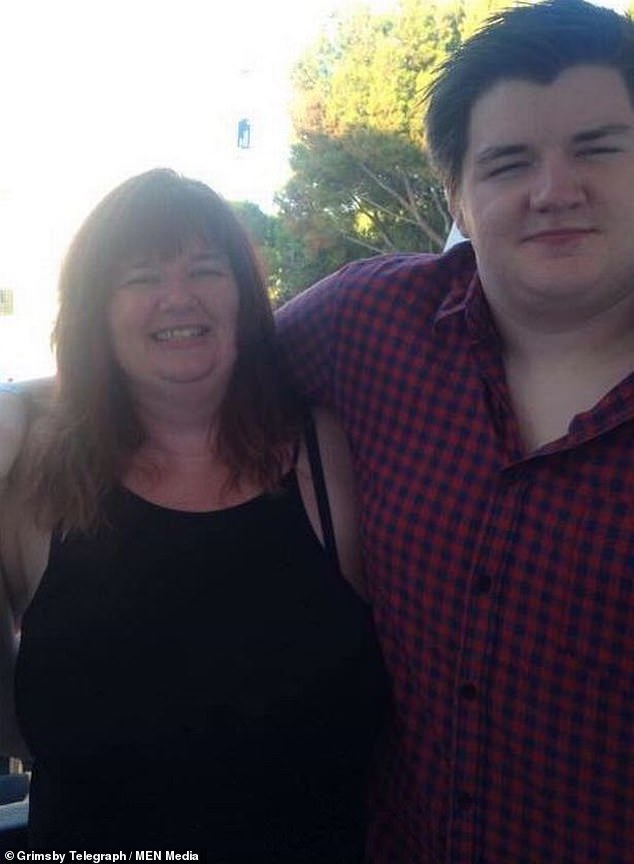 Hull Crown Court heard that Joanne roped in the couple’s young son Fox, 22, (pictured together) who hid the two knives and a blade inside a McDonald’s bag to protect his mother

Fox Singleton was interviewed by police again and admitted that his father had told him to hide the knives to protect his mother, although his mother told him not to.

A letter handed to Judge John Thackray QC from Singleton’s daughter told how she is a loving and caring mother and grandmother.

Charlotte Baines, mitigating, told the court Singleton ‘feels dreadful’ for what she did to her husband and has shown real and genuine remorse. She said Singleton hopes they can be together again.

During the tense sentencing hearing, Kevin Singleton took to the witness stand, telling the court he forgives his wife for nearly killing him.

He said: ‘We have been together for 25 years. I thought she was the one I was going to spend my life with. There is an element of forgiveness because of that [how long they’ve been together] because I love her.

‘I can’t forget that day but on balance I forgive her.’ 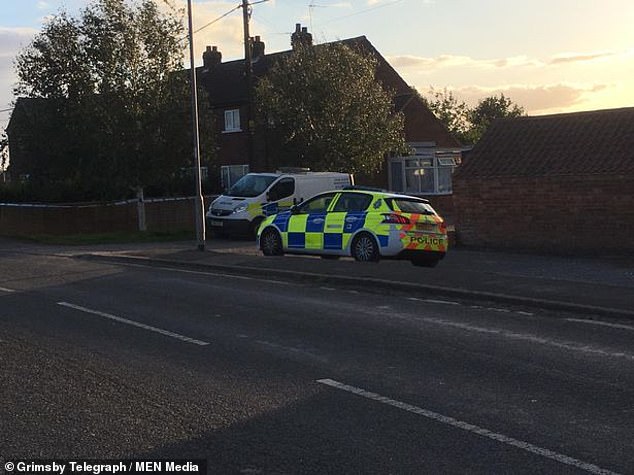 Joanne Singleton was jailed for eight years and six months wounding with intent to cause grievous bodily harm and her son Fox was handed a sentence of 8 months suspended for two years for two counts of assisting an offender. Pictured: Police at the scene in Althorpe

Sentencing the pair, Judge Thackray said: ‘It is tragic that your family has disintegrated following the attack.

Joanne Singleton was jailed for eight years and six months wounding with intent to cause grievous bodily harm.

Fox Singleton was handed a sentence of 8 months suspended for two years for two counts of assisting an offender.

He had suffered ‘a substantial head injury’ and ‘a number of puncture wounds’, including a punctured lung. EMAS had been alerted at 1.51pm.

Reacting to the sentencing, Detective Inspector Kerry Bull said: ‘This attack could have cost Kevin his life, of which he spent a number of weeks in hospital and a number of months recovering from his injuries.

‘I’d like to thank my team for the hard work and dedication they showed throughout the course of the investigation.

‘I hope that today’s sentencing will provide some comfort to Kevin in knowing that Joanne has been reprimanded for her unjustifiable actions.’