A Mixed Martial Arts fighter who told a Channel 4 documentary he wanted to prove people who thought he would end up in prison wrong has been jailed for throttling his ex-girlfriend.

Demornia Cantrill, 24, featured in a true-life 2015 film about his upbringing in care and how he was desperate to be a success.

He told the documentary ‘I want to prove to everybody who says I’m just going to be a drug dealer or in prison – I want to prove them wrong and show that just ’cause I had a sh** upbringing doesn’t mean I can’t change it.’

But this week he was starting 20 months behind bars after leaving trainee social worker Tyra Campbell in fear her of life when he choked her with one hand until she could barely breathe.

A court heard Miss Campbell rang police Cantrill who fought with the Blackburn Predators MMA team in Lancashire told her: ‘Snitches get stitches.’ After being arrested, he told police it was ‘a joke’.

At time he had been in the process of completing a community order over an attack on his own mother and assault on police. 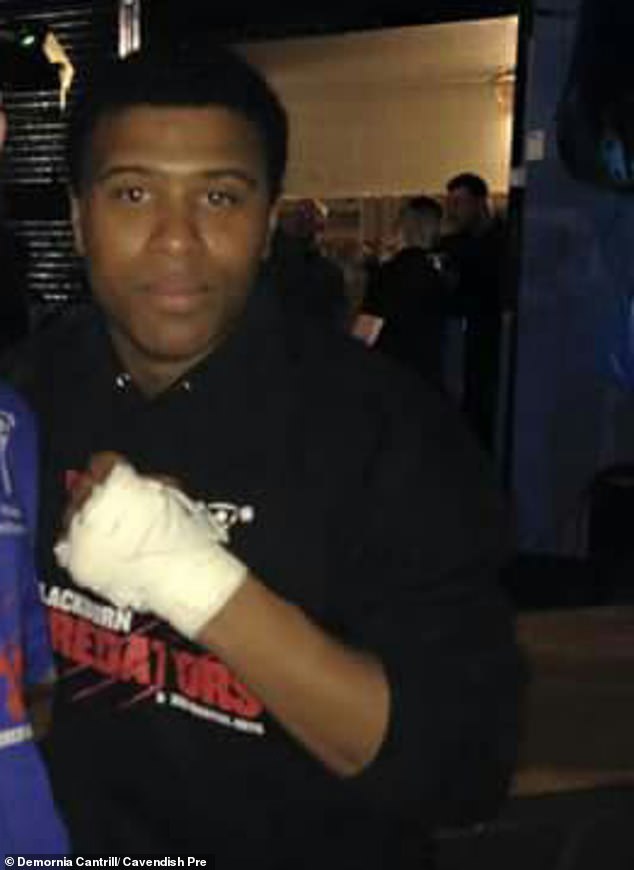 Demornia Cantrill, 24, featured in a true-life 2015 film about his upbringing on Channel 4 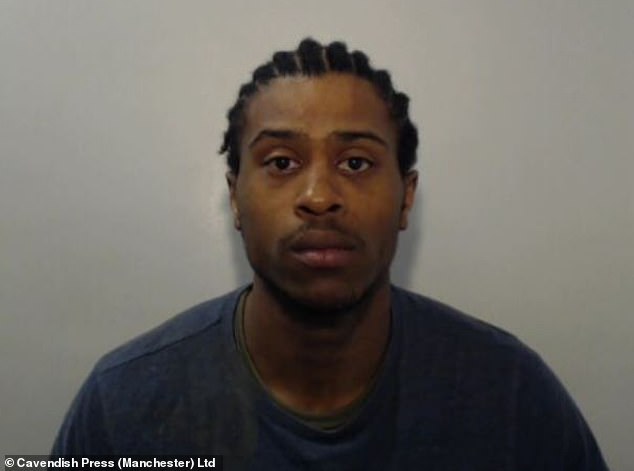 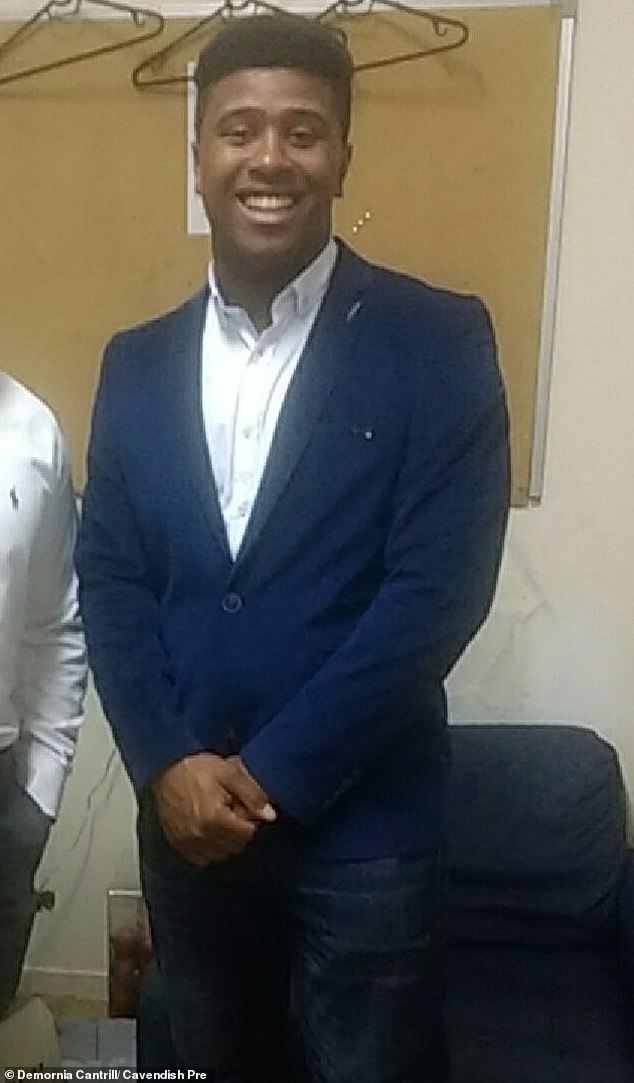 This week Cantrill, from Hulme, was starting 20 months behind bars for domestic abuse attack

At Minshull Street Crown Court, Manchester, Judge John Edwards told Cantrill: ‘Domestic abuse is far from a joke, and throttling somebody, as you did, to exert ultimate control over them is a highly dangerous form of violence.

‘You subjected Miss Campbell to a terrifying ordeal – the offence of violence with a partner is particularly serious because it represents a violation of trust and security reposed in a relationship. By behaving as you did, you demeaned her and unbeknown to you, you demeaned yourself.’

Cantrill, from Hulme, Manchester was a baby when he was first taken into care and told of his experiences on the TV documentary called Kicked Out Kids.. After leaving care when he was 17 he trained to be an MMA fighter and went into the army for two years before becoming a teaching assistant.

But in 2020 last year he was convicted of beating up his mother and attacking a police constable during a row. He met Miss Campbell later that year but was said to be controlling.

Alison Whalley, prosecuting said: ‘She describes him as being verbally aggressive, on occasion saying her “sh** stinks” and that she was a “dumb social worker” who is “stupid” and “childish”. He also slapped her to the face causing swelling.

‘The complainant wanted to end the relationship in January this year but he went to her home and was shouting, “Why don’t you care about our relationship! I’m the only one who cares!” He walked into different rooms then went into her bedroom where grabbed the complainant by the throat and pinned her to the floor. He strangled her with one hand and she said she began to shake and felt unable to breathe. 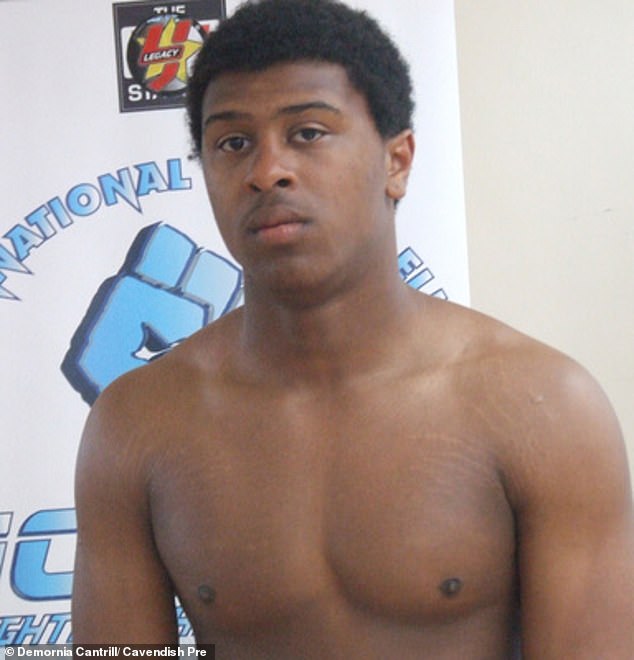 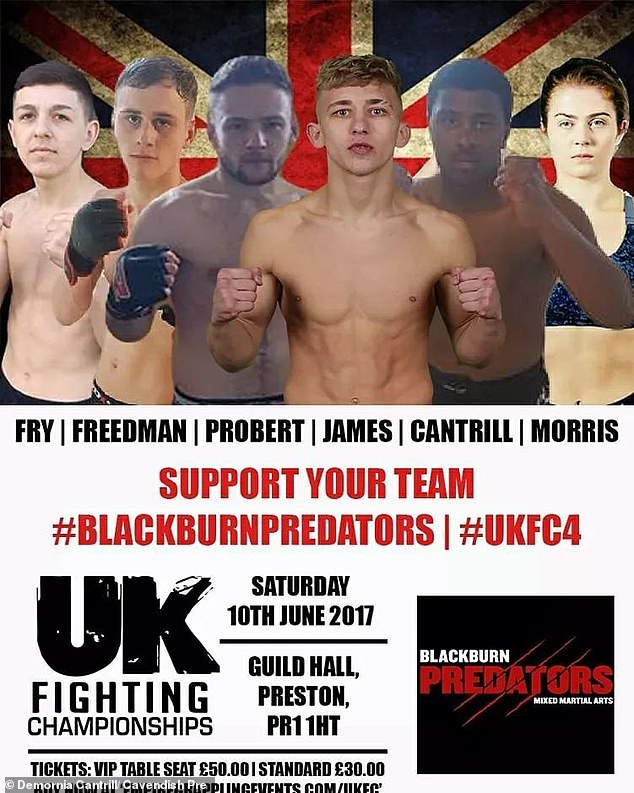 ‘She said she thought she was going to die. The defendant did let go and he then sat rocking with his head in his hands. He was arrested at the scene and admitted putting his hand around the complainant’s throat, but said it was in self-defence. He said she had attacked him.

‘This has had a significant impact on the victim. Originally she was very anxious to come to court. She was worried that once released, he would turn up again uninvited and unannounced at her home address.’

In mitigation for Cantrill who has been in custody since his arrest, defence counsel Rachel White said: ‘He is remorseful and has had time to reflect on his position.

‘This was his first experience of a toxic relationship and he accepts that he contributed significantly to that. He wishes not to find himself in that situation again. He has undertaken courses in English and finance in prison.

‘He has put himself on the list for courses that may assist him with his anger. It may be explained by his traumatic childhood and the difficulties with his mother.

‘There were issues with neglect. He was in and out of foster care.

‘He was in the army for two years. He previously worked as a special needs teaching assistant. He worked in a primary school. His role was to support behaviour. He accepts it’s ironic given the predicament he is in now.’