‘It’s obviously disappointing’: Ministers voice frustration at US refusing to ease restrictions on travel from the UK, as double-jabbed Americans are set to be exempted from quarantine rules

A minister today voiced frustration after the US said it will not be easing restrictions on travel from the UK quickly.

Policing minister Kit Malthouse admitted it was ‘disappointing’ after the White House said curbs will not be loosened, citing concerns about the Delta variant.

In contrast, the UK is expected to announce that double-jabbed Americans will be able to visit without the need to quarantine.

Transatlantic travel has been highly restricted since the pandemic erupted, and the US is currently on the ‘amber list’ – meaning that passengers must isolate for up to 10 days on arrival.

However, fully vaccinated Americans are set to be let off the rules from next month as long as they can show the cards they were issued when they received jabs.

The government has made the concession despite concerns that there is no central US system for proving vaccination status, with individual states making their own – typically paper-based – arrangements. 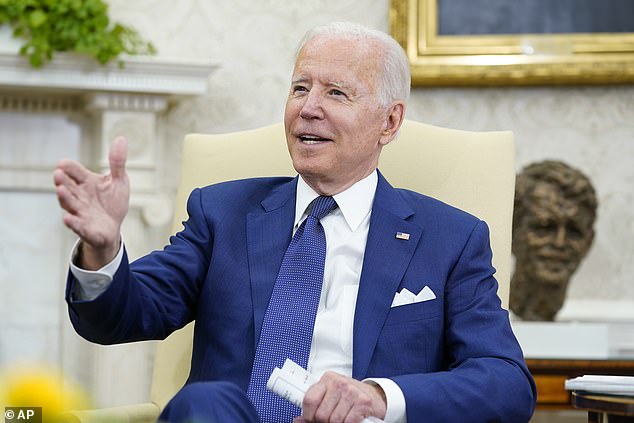 Most Britons are banned from entering the US if they have been in the UK within the past 14 days. Pictured, Joe Biden yesterday 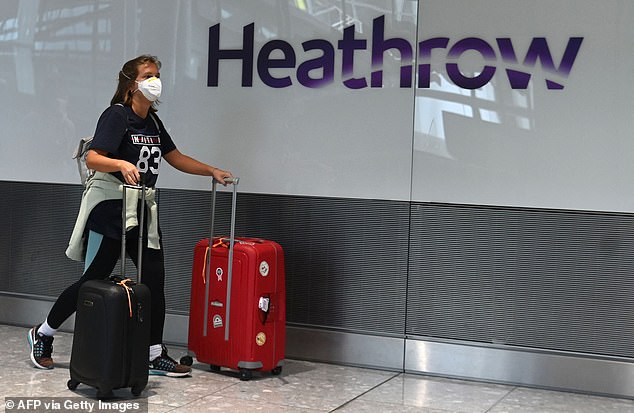 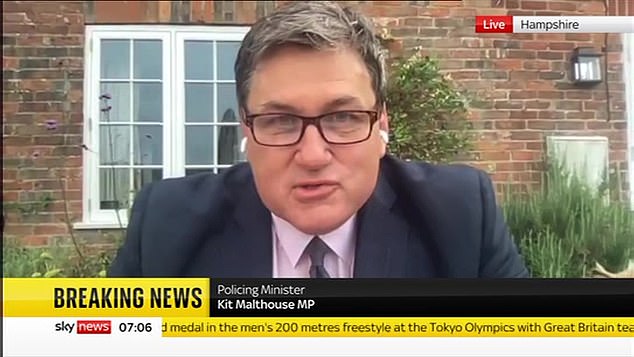 Policing minister Kit Malthouse admitted it was ‘disappointing’ after the White House said curbs will not be loosened, citing concerns about the Delta variant

Most Britons are banned from entering the US if they have been in the UK within the past 14 days. The US announced yesterday that it would not lift any of its present travel restrictions ‘at this point’ because of the Delta variant.

Asked about the decision, Mr Malthouse told Sky News: ‘Obviously that is for them to assess and we are assessing the likelihood of variants coming in from other countries as well.

‘So, it doesn’t surprise me that they are doing similar. It is obviously disappointing.’

He added: ‘We want to get back to international travel as soon as possible. I have got lots of family overseas who I would love to go and visit, particularly in Canada.

‘I am afraid that the tail-end of this virus, and lets hope it is the tail-end, we are still coping with some of that uncertainty across the world and people will have to bear that in mind as they decide their travel plans or otherwise.’