Ministers were warned SIX MONTHS AGO about Passport Office applications backlog six MONTHS ago and chaos has now cost Britons a total of £5.4m by forcing them to pay for fast track process

The ‘inadequate’ performance of six private firms contracted at the Passport Office was known to ministers as far back as six months ago, it has been revealed.

Many holidaymakers’ plans are up in the air due to backlogs at the agency, with staff warned that the situation is likely to deteriorate before it gets better.

Travellers’ concerns over passport delays were so high, they paid a total of £5.4million last month alone to use the fast-track application, The Times reports.

Labour MP Nick Smith obtained figures from the Home Office showing that 44,386 people used the fast-track service last month, compared to 21,124 in December. It costs £142 for an adult and a £122 for a child.

Over the next six months, another 240,000 one-week applications are expected, which will see applicants pay out an extra £29.2million.

Shadow home secretary Yvette Cooper took Priti Patel to task over the failures, and said: ‘People shouldn’t have to shell out more money during a cost of living crisis to speed up the process. It should be Priti Patel’s job to get a grip and sort this out. 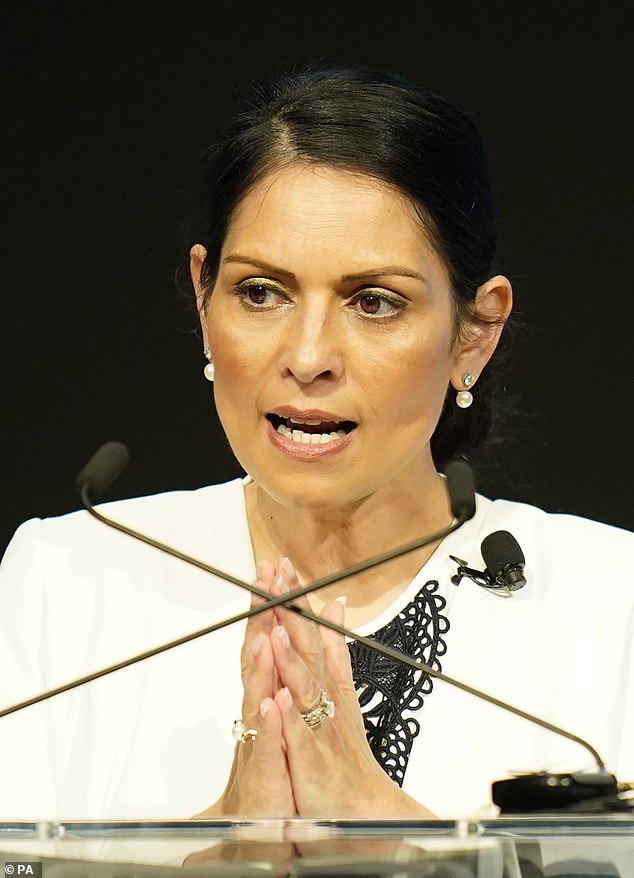 Shadow home secretary Yvette Cooper took Priti Patel (pictured) to task over the failures, and said: ‘People shouldn’t have to shell out more money during a cost of living crisis to speed up the process’

‘[The Home Secretary] knew more than six months ago that the Passport Office was having problems but did nothing to prevent the complete misery to families across the country.

‘That is unacceptable and is letting the British people down.’

Government data for the last quarter of 2021, assessed the performance of each of the Passport Office’s contracted firms.

It showed that seven companies in all were falling below the standard expected. Six of these were branded ‘inadequate’ and the other ‘requires improvement’.

Although ministers had access to the data since December, the findings weren’t publicly known until last month, when the boss of Teleperformance – which runs the Passport Office’s customer contact centre – was reprimanded by the Home Office.

The five-year contract with Teleperformance – worth £22.8million – has come under criticism after revelations about ‘poor, misleading advice’ were revealed in the press.

Documents reveal three contracts where Teleperformance failed its targets. It did this by not responding to emails quickly enough and failing to answer calls in a timely manner, with customers complaining about being on hold for hours or cut off when making inquiries about their applications. 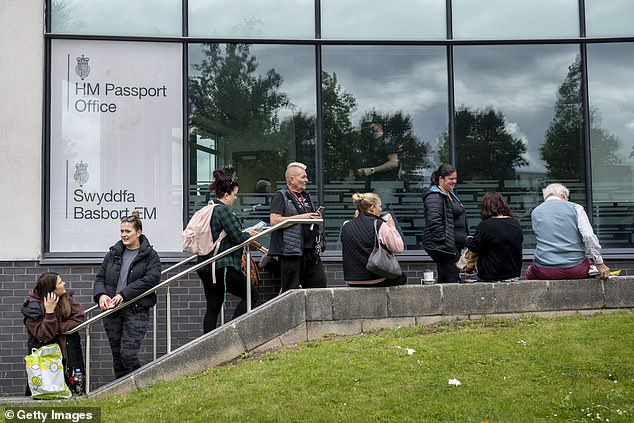 Travellers’ concerns over passport delays were so high, they paid a total of £5.4million last month alone to use the fast-track application

Logistics firm DHL has added to its workforce in order to help catch up the backlog handled by another company TNT, which has a £77million three-year deal to deliver passports.

TNT’s contract is due to expire in July.

TNT’s owner FedEx was rated ‘inadequate’ over its 24 and 48-hour delivery service, with a number of customers claiming their passports were lost in the post.

A TNT spokeswoman apologised and said performance had returned to normal by January 1. She added that staff were doing ‘all they can’ to deliver passports as quickly as possible.

Teleperformance is believed to be hiring 500 extra staff in the next few weeks.