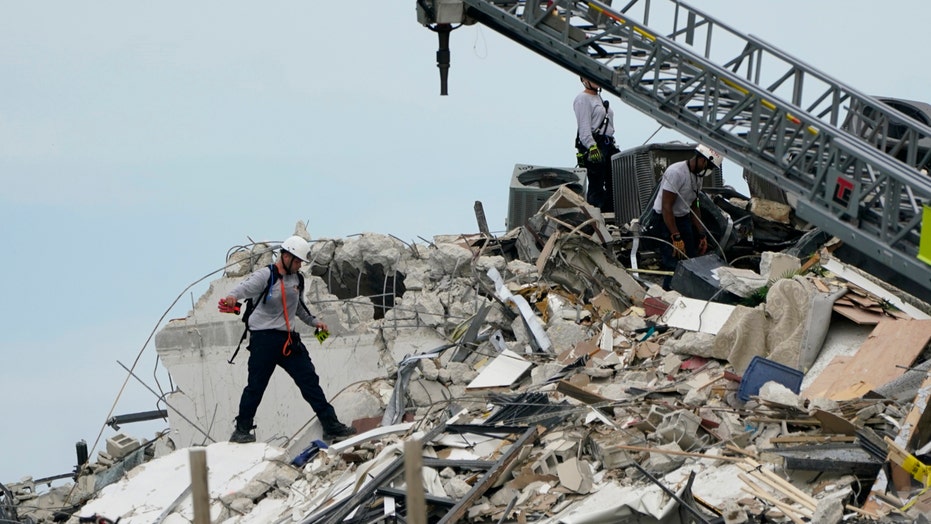 At least 159 people remain unaccounted for, with at least four people dead as a result of the collapse. Crews continue to search for any survivors who may be trapped beneath the wreckage, using an array of techniques and technology to find any hint of a person still alive.

The crews, which include about 130 firefighters, have reported hearing tapping and other noises, but it is not clear if the noises are human-made or simply the sounds of the rubble shifting. 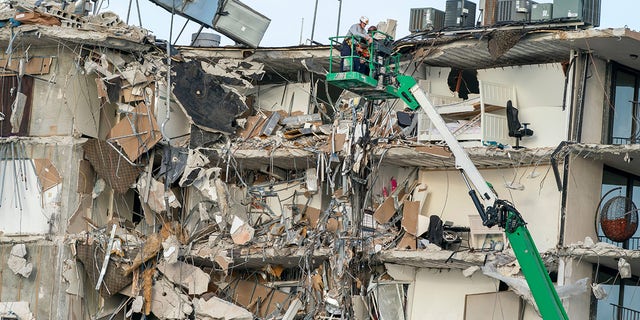 “We still have hope that we will find people alive,” Miami-Dade Mayor Daniella Levine Cava said during a press conference Friday.

Officials feel they are working against the clock, but some experts say people in such situations have been known to survive for weeks.

Dr. Mike Cirgliano, an internist with Penn Medicine and medical contributor for “Good Day Philadelphia,” told FOX 29 that people can survive in spaces created within the wreckage with access to oxygen and possibly rainwater. 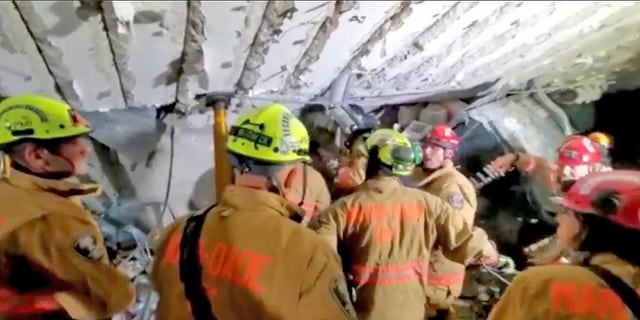 Nearly 20 people were rescued from the rubble of the World Trade Center following the terrorist attacks on 9/11.

A Haitian man once survived for two weeks within the wreckage of a building after a 7.0 magnitude earthquake, and another survived for four weeks thanks to someone bringing him water every day.

Both water and oxygen are necessary to survive longer than a few days: People can survive weeks without food but only days without water, Duke University professor Dr. Richard Moon said last year following the deadly blast in Beirut.

Heavy rain Thursday, which briefly halted rescue efforts, may have provided that necessary element to help stretch out the timeline for rescues.

The search-and-rescue crews are using a number of tools, from sniffer dogs to cranes, to shift and search the wreck for any survivors. At the same time, other crewmembers are tunneling from below, using saws and jackhammers, to find pockets in the rubble.

“This is the risk that we take: it’s the risk vs. benefit,” Assistant Miami-Dade Fire Chief Raide Jadallah said. “Every time that we have that belief that there’s hope with personnel that are trapped, we do risk our lives.”