A 36-year-old woman was found dead in her Caulfield North home 6½ hours after she called triple zero reporting numbness and feeling lightheaded. 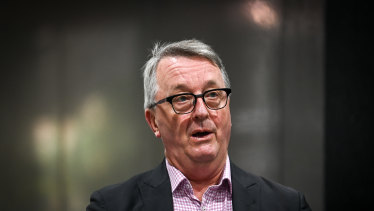 The incident occurred on Wednesday, the same day The Age reported a blowout in ambulance response times and an increase in seriously ill patients being forced to wait outside hospital emergency departments for up to five hours because of a lack of available beds.

Documents seen by The Age show the Caulfield North woman phoned triple zero shortly before 8pm but no ambulances were available. Ambulance Victoria attempted to contact her by phone but she did not respond.

Paramedics arrived more than six hours later and found the front door unlocked. Police were called to restrain a large dog at the home before paramedics entered and found the woman dead. Police are preparing a report for the coroner. Authorities are still investigating the cause of death.

Mr Foley told The Age he wanted the investigation to determine “exactly what happened and what could have been done differently”.

“This is a terrible tragedy and I want to offer my sincere condolences to the patient’s family and friends,” he said. 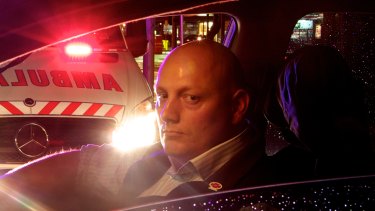 “If this was someone I loved, I would want to know what happened, and whether the outcome would have been different had an ambulance arrived sooner,” he said.

Mr Hill said the woman was probably classified as a code two or code three case with no expected danger of dying. But because of the squeeze on ambulance availability, crews were probably occupied with more serious incidents, he said.

“No individual is at fault here. We simply don’t have enough crews on the road to cater for this demand,” he said.

Ambulance response times worsened by about 23 per cent in the last quarter for code two incidents. Authorities aim to reach code two patients within 25 minutes. The average waiting time increased from about 24.5 minutes to 29 minutes in the final three months of last year. Response times for acute incidents reached their worst level since 2016-17 over the same three-month period when the state exited a three-month lockdown.

Health groups including the Australian Medical Association and the Australasian College for Emergency Medicine are in talks to determine solutions to what the doctors’ group has referred to as an acute public health emergency. The situation has also prompted a political fight, with Victorian Opposition Leader Michael O’Brien accusing the Andrews government of overseeing a dysfunctional health system leading to deaths.

Mr Foley acknowledged what he said was an “unprecedented” strain on health services. “This is a significant issue, but it is one that our health services, our ambulance services, doctors, nurses, health professionals, paramedics and others are up for,” he said hours before The Age asked questions of the government about the woman’s death.

Health professionals say “ramping” – when ambulances wait outside emergency departments because no beds are available – has risen to an alarming level. Up to 120 ambulances, of the total fleet of 300 to 400, were ramped at the same time across Victoria on Monday night, meaning fewer ambulances on the road responding to callouts.

The structural problems causing ramping run deep. Overcrowded emergency departments, which are operating at above 100 per cent capacity in many hospitals, staff shortages and a lack of beds are causing what is referred to as “access block”. In such as situation the process of moving patients into non-emergency wards is slowed, meaning emergency departments get clogged and cannot receive new patients. This causes ambulances to queue outside as they wait for a bed to free up.

Several studies have argued access block causes a 20 to 30 per cent increase in excess deaths in Australia each year. A Medical Journal of Australia paper in 2009 stated access block was leading to about 1500 annual deaths, a similar amount to the number of yearly road fatalities at that time.

The clogged system is being caused by huge demand. There were 10,000 more ambulance calls in the last quarter of 2020 than the quarter beforehand. Many patients who neglected to follow health plans during the pandemic are entering emergency departments with acute illnesses that could have been prevented. There are record numbers of admissions related to family violence, mental health and drug and alcohol abuse.

The AMA says unseasonable spikes in some respiratory illnesses and gastroenteritis, as well as rules that prevent people with COVID-19 symptoms from visiting their GPs, are exacerbating the situation. Healthcare experts also say many people who did not follow their regular health, medication and mental health plans during lockdown are now arriving in emergency departments with acute health issues.

Health groups are formulating a strategy to raise awareness within government and the community about the crippled system.

“There are opportunities to radically change the system to better serve patients and improve outcomes, and we appreciate recent efforts by government to understand the issues and bring together stakeholders to develop solutions,” he said. 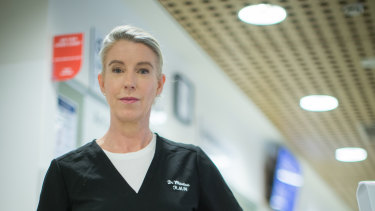 Dr Whitelaw said an urgent audit was needed to determine what additional resources each hospital needed, including more nurses in operating theatres. The government could pay private hospitals to provide beds to public patients, she said.

The Royal Melbourne Hospital physician said a summit could be held to bring together members of all levels of the health system, from GPs and paramedics to the Health Minister, to develop a plan to avert a crisis over winter. She said the AMA would use its submission to the state budget in May to call for more resources for hospitals and a strategy to train a sufficient amount of healthcare workers to fill shortages.

“The fundamental thing people need to recognise is that this is a crisis. We need to stop pretending this is business as usual that can be solved with business-as-usual governance structures,” she said.

“We need to bypass some of the normal governance structures and make decisions quickly and allocate resources where they are needed.”

Dr Whitelaw stressed that people were still receiving high-standard care in emergency departments, and urged people to continue attending hospitals if they needed to, rather than staying away after hearing news of the overcrowding problem.