A man in Virginia suspected of murdering his girlfriend and her two children before jumping to his death was a convicted MS-13 gang member who had been living in the U.S. illegally, according to a report.

That sentence would have kept him behind bars until 2024 – but a judge suspended seven years. Iraheta Palacios served two years in state prison and was deported – though later made it back into the U.S.

Officers next encountered Iraheta Palacios around 6 a.m. Saturday sitting on top of a parking garage on Democracy Drive in Reston Town Center in Herndon, Va., and threatening to jump. An affidavit and police radio transmission revealed he told officers he killed his girlfriend, Claudia Menjivar, and her children after arguing over infidelity.

Officers attempted to talk Iraheta Palacios off the ledge for nearly an hour before he ultimately jumped and died from the fall.

Police then raced to Menjivar’s apartment on Florida Avenue to find her and the children all had been killed.

Fairfax County Police had initially received reports about a man experiencing a mental health crisis. Herndon Police also responded to the incident and said autopsies have been completed for the woman and two children, confirming all three deaths classified as homicides.

Authorities have not disclosed any cause of death but did say there were no reports about gunshots. 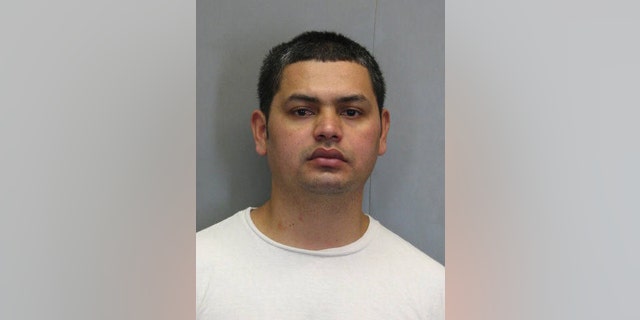 “I don’t know why they let him out,” the biological father of the two children, who did not want his name published, told Fox 5 of the alleged killer.

He said his son was 9 and his daughter would have celebrated her 10th birthday the same day she was found dead. The man said he did not know his children’s suspected killer.

Multiple sources told Fox 5 that Iraheta Palacios had been living in the country illegally.

In 2015, Manassas police – who said at the time that Iraheta Palacios was known by the nickname “Little Crazy” – revealed that he and three others were arrested after “a nearly three-month-long investigation into an incident involving the assault of a fifteen-year-old female of Manassas, Va. by members of the Mara Salvatrucha (MS-13) street gang during a gang initiation ritual on November 14, 2014.”