Police have arrested a man and seized drugs, cash and a weapon after a raid in Melbourne’s north-west in connection with Operation Ironside.

Firearms unit officers and Australian Federal Police allegedly found 6.5 kilograms of cannabis, more than 100 grams of drugs in tablet and powder form, a stun gun and over $250,000 in cash following a raid on a home on Contursi Drive in Sydenham at 10am on Tuesday. 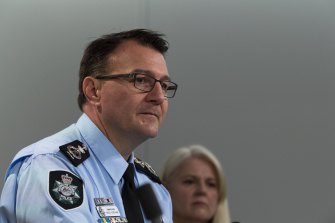 Working with the FBI, AFP employees built a system to monitor key words and “imminent threats” sent via the messaging service with the help of new legislation here and in the US.