The pro dancer, who was born in Ukraine and immigrated to the U.S. in 1994, shared the news Tuesday on Instagram.

"I'm in Poland," he wrote along with flag emojis for Ukraine and Poland. 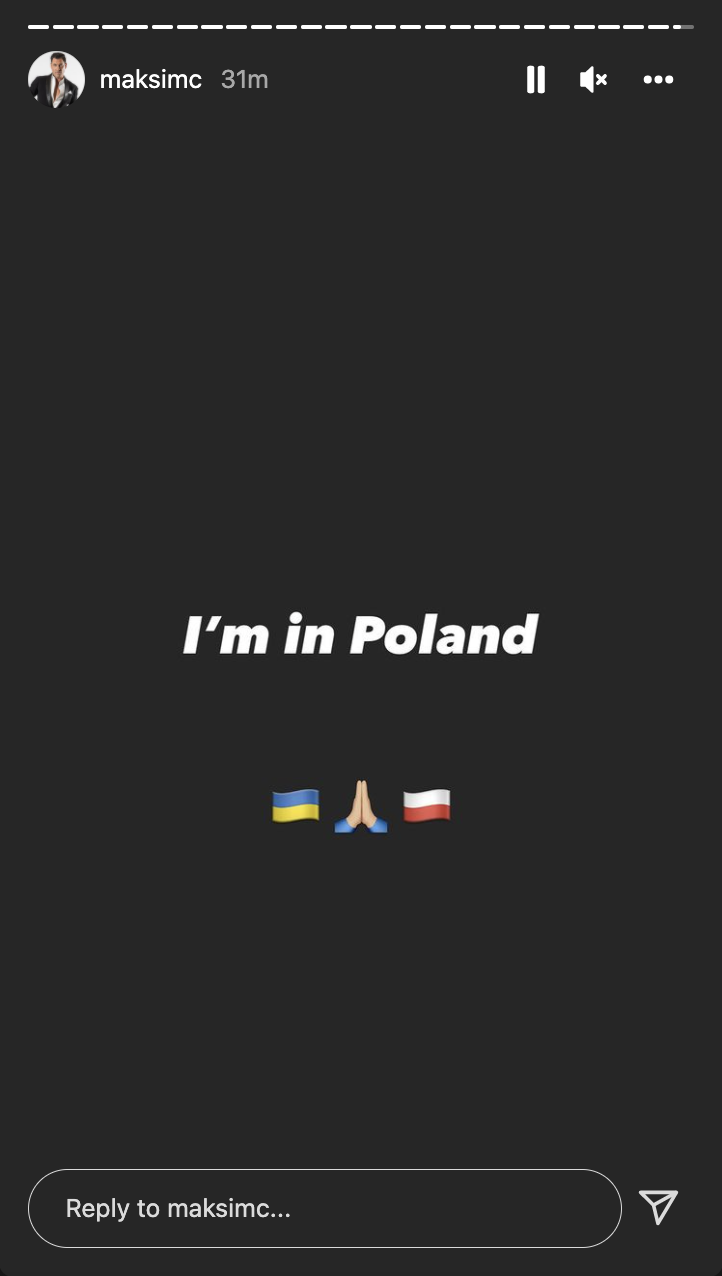 In a second post, he noted that he hadn't slept in 31 hours.

Chmerkovskiy, of Dancing With the Stars fame, had been in his birthland to shoot the reality competition series World of Dance Ukraine when Russia invaded. He documented his experience being in Kyiv as the war broke out.

On Monday, he shared that he had been arrested in Kyiv. He also said he was beginning his journey out of the county. It involved taking an overpacked train, with its five train cars stuffed with people fleeing, to the Poland border. The cabin he was riding was normally for three people, but there were 30 inside. He said they were told they would have to ultimately fit about 135 people.

Chmerkovskiy said he would be limiting updates to conserve battery power so he could stay in touch with his family. About 30 miles before reaching the border, he made a quick video when the train stopped to change wheels — and passengers used the restroom.

He talked about how "packed" the train cars were. He said one car was slightly less filled because it was devoted to transporting sick children and adults. More than 500,000 people have fled the country in recent days, the U.N. estimated.

In his updates, Chmerkovskiy previously made it clear that because he's Ukrainian-American and holds a U.S. passport, he had more options. ("I have a passport and a way out. A lot of people here do not," he said.) The dancer's full-time residence is in Los Angeles with his wife, Peta Murgatroyd, and their 5-year-old son, Shai.

He also said that being in Ukraine while the war plays out has resurfaced old wounds from his childhood. He said it felt "like the way it was when … we left [Ukraine] in the '90s" and immigrated to Brooklyn. "My old PTSD I’ve finally fixed is coming back."