Snake and vac! Reptile called Luna needs lube and anaesthetic to be freed by vets from vacuum cleaner tube

This is the moment vets had to pull out a snake from a vacuum tube after it had squeezed into the pipe while the owner was tidying up.

Veterinary surgeons at Wright’s Vets in Birtley, County Durham had to treat Luna the snake after she had crawled into the device. Her owner had turned her back for a moment to clean out the vivarium and found Luna stuck in the pipe.

The vets needed to use lubricant in order to prize her out of the vacuum, but Luna then prompted to attack her helpers due to the stress of the situation. 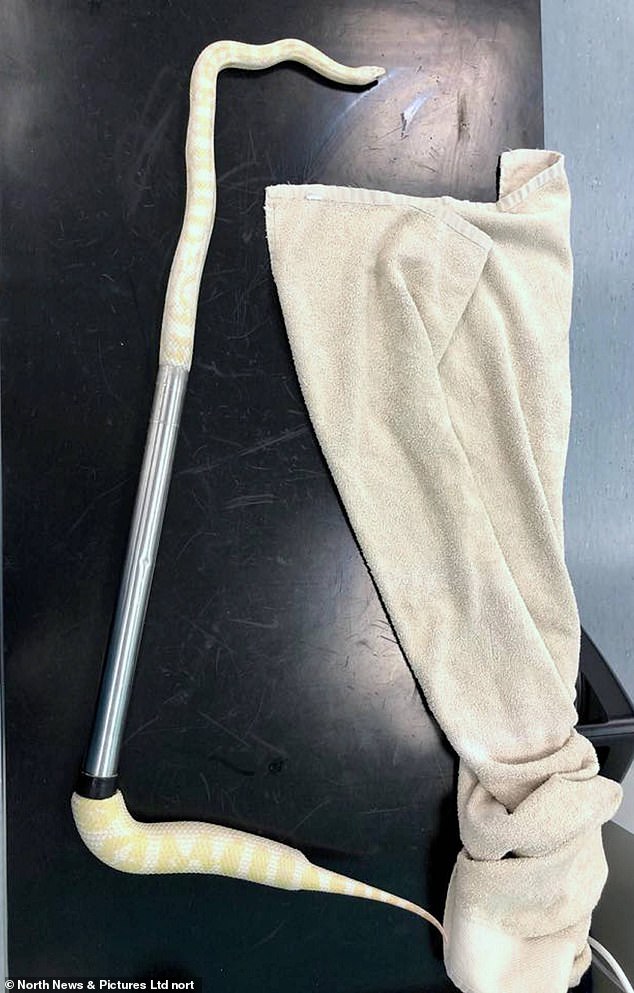 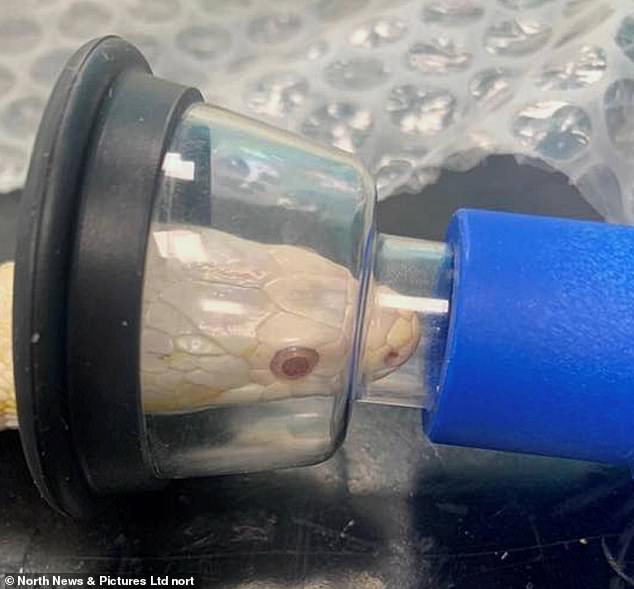 Luna the snake (pictured) had to be prized out by workers at Wright’s Vets of the device after crawling into the device, but the vets managed to use lubricant to get her out of the situation.

Allan Wright, one of the surgeons at Wright’s Vets, said: ‘Luna was too big to get all the way through the pipe so she go stuck.

‘She could not get out, and we could not pull her out. Her back end was starting to swell.

‘The scales of a snake all go in one direction so we couldn’t pull her backwards. That would have damaged her scales.

‘She was so stressed by her predicament she was trying to bite us. We gave her an anaesthetic and cut the pipe open at one end.

‘With a lot of lube we eventually managed to get her out. She is doing fine now, though is a little bruised.’

Wright’s Vets opened in County Durham just before lockdown on March 16, but has already had to deal with some rather bizarre requests from customers needing medical help for their pet animals.

The vets also had to treat a poor tortoise whose owner broke his shell by reclining his chair after it had climbed into the inside workings of his seat. 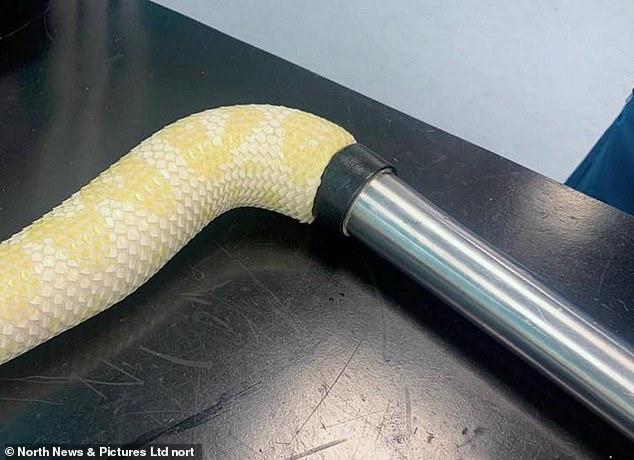 The tortoise, named Tortie, was given red and yellow bandage by Wright’s and is back on the mend again.

Mr Wright added: ‘It is not unusual for us to treat a snake, or tortoise, and cracked shells are a common injury.

‘But these two incidents themselves are strange.’