This is the moment a ‘real life Lord of the Flies’ castaway returned to the island 50 years after he was shipwrecked there as a teenager for 15 months.

Spanish explorer Alvaro Cerezo became obsessed as a youngster with the story of six Tongan schoolboys who, in 1965, stole a boat and attempted to sail to Australia before washing up on Ata, a tiny and remote island 100 nautical miles away, after reading a book about their incredible experience.

In 2014 the Malagan documentary maker, who travels the world discovering ‘Robinson Crusoes’ who live on uninhabited islands, flew to Tonga in an attempt to track down and speak to the castaways. 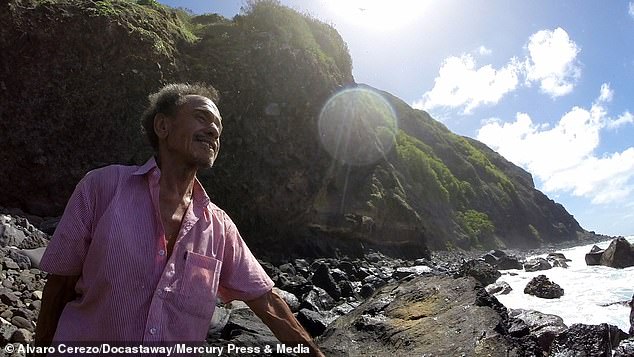 Tongan-born Kolo Fekitoa was just a teenager when he was shipwrecked on the island of Ata for 15 months in 1965, before being rescued and finally returned to the island 50 years on

There, he befriended Kolo Fekitoa, the only one of the boys to remain on Tonga, who was by now a man in his sixties with terminal bowel cancer – and his dying wish was to return to the island.

After months of preparations, in February 2015 the pair eventually made the 24-hour journey back to Ata in a fishing boat, marooning themselves for 10 days with only limited food, water and supplies, surviving in the same way Kolo and his schoolfriends had done five decades before. 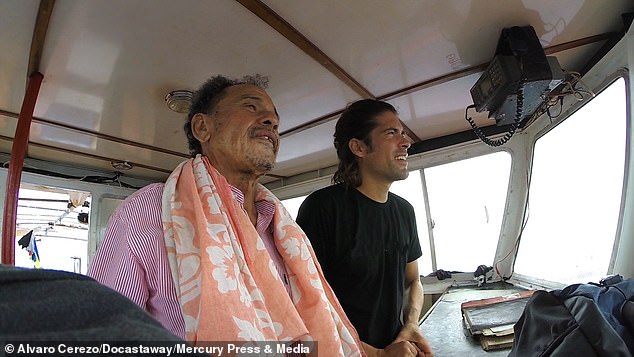 Kolo with Spanish explorer Alvaro Cerezo, who helped him to return to the island of Ata 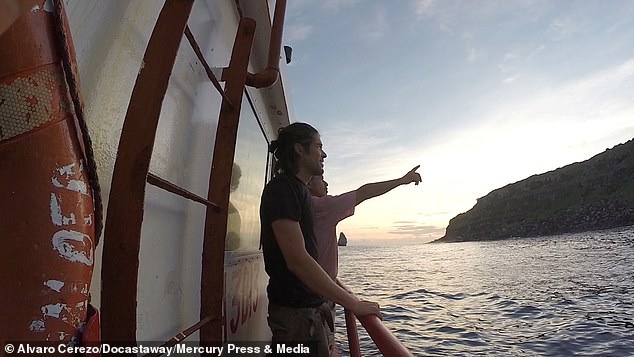 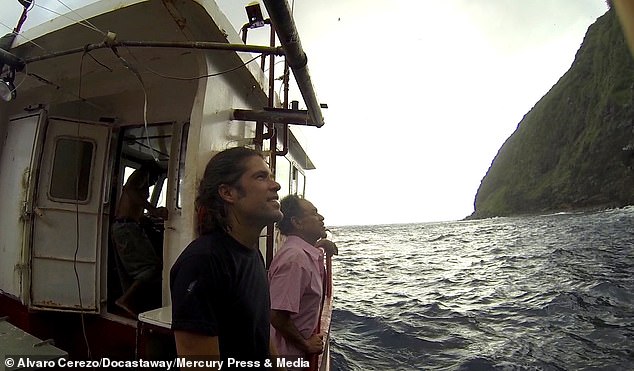 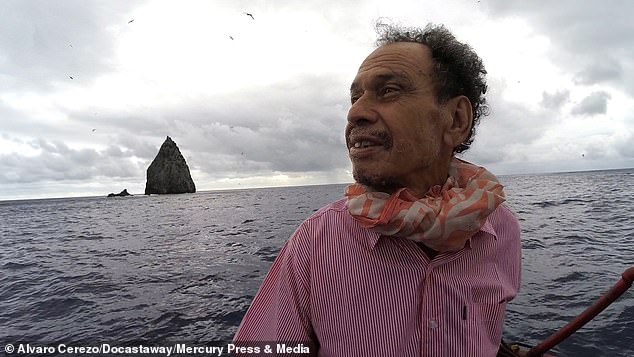 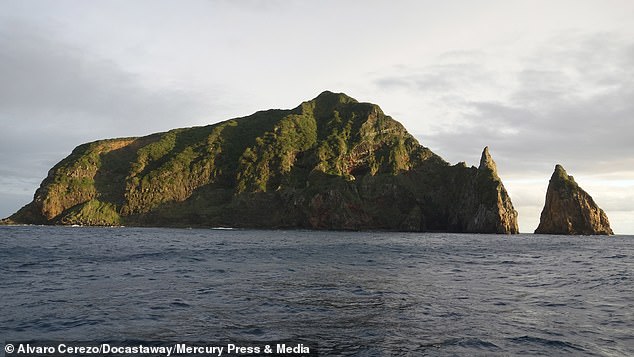 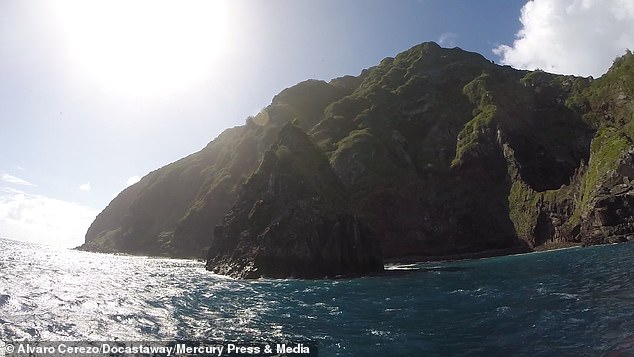 Ata has been unihabited since 1863, when the inhabitants were taken by slave traders to Peru

Married father-of-one Kolo died in 2017 aged 71 and Alvaro is now sharing his story after a new retelling of the boys’ original survival – dubbed ‘the real Lord of the Flies’ – went viral this month.

Alvaro, 39, said: ‘Kolo was one of the last real castaways alive, and Ata is one of the only few real desert islands remaining on the planet. 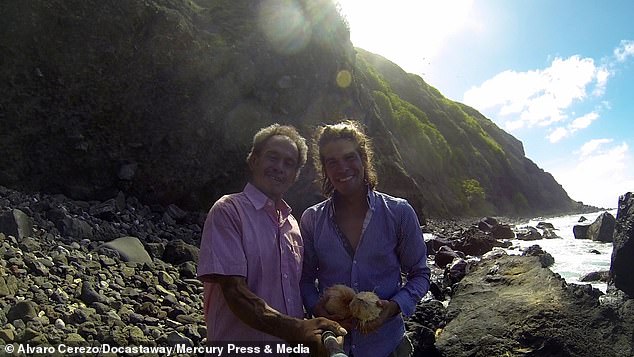 The pair stayed on the island for 10 days, where they survived on rainwater and coconuts 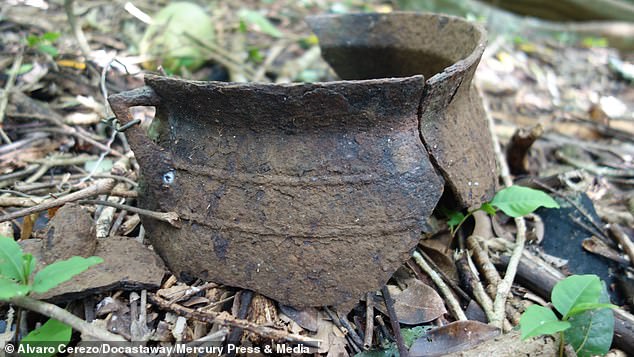 One of the pots left behind on the island, which was used by the teenage castaways in 1965

‘When I found Kolo, he was surprised I had come all the way from Europe to see him.

‘I was equally shocked people in Tonga hardly knew about his adventure. Even his neighbours and his own daughter didn’t know he was a real life castaway.

‘But as soon as I met him, I realised he longed to return to Ata.

‘For him, being shipwrecked had been the most beautiful adventure of his life.

‘He really missed the island, and wanted to fulfil his dream to return. He had never been back since he was stranded there as a boy.

‘I knew Kolo’s only and last chance to go back to and survive on Ata once more was with me. 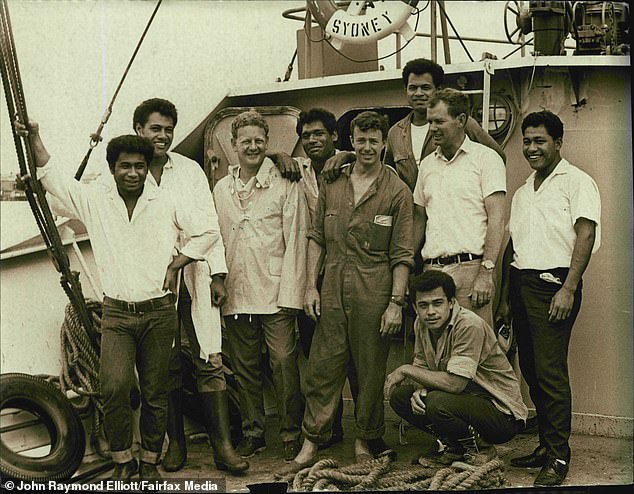 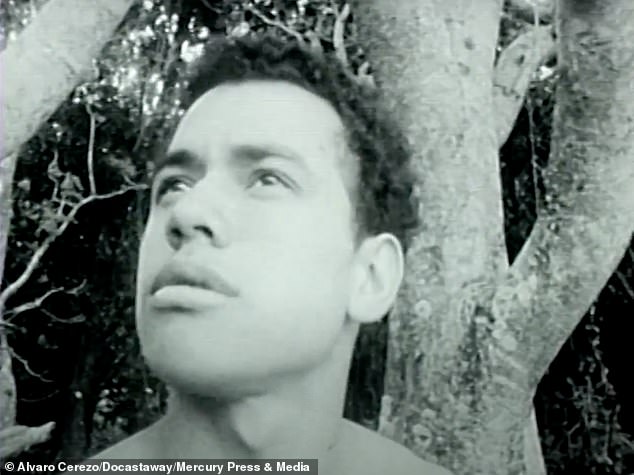 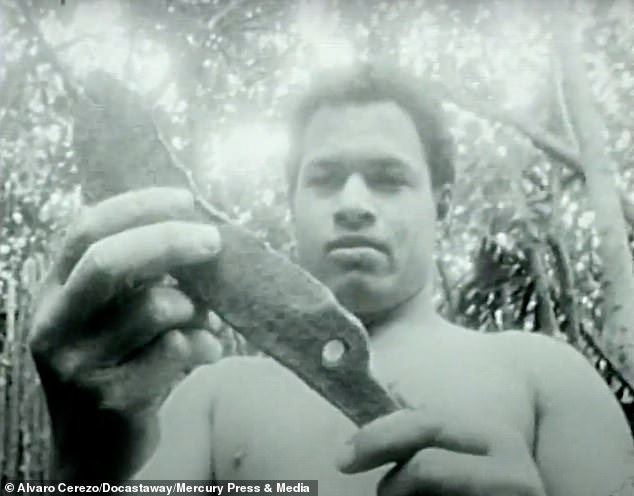 ‘He was so happy when we got to the island. During those 10 days, he became a boy again.

‘Ata had hardly been touched by anyone else in the five decades since the boys had lived there, and during the days we spent there I could feel exactly how those six castaways must have felt.

‘Before he died, I promised Kolo I would one day tell his beautiful story so his daughter could know how amazing he was.’

Despite its unforgiving landscape, inaccessible shores and limited fresh water supply, Ata, part of the remote archipelago of Tonga, had been inhabited by Pacific Islanders for generations. 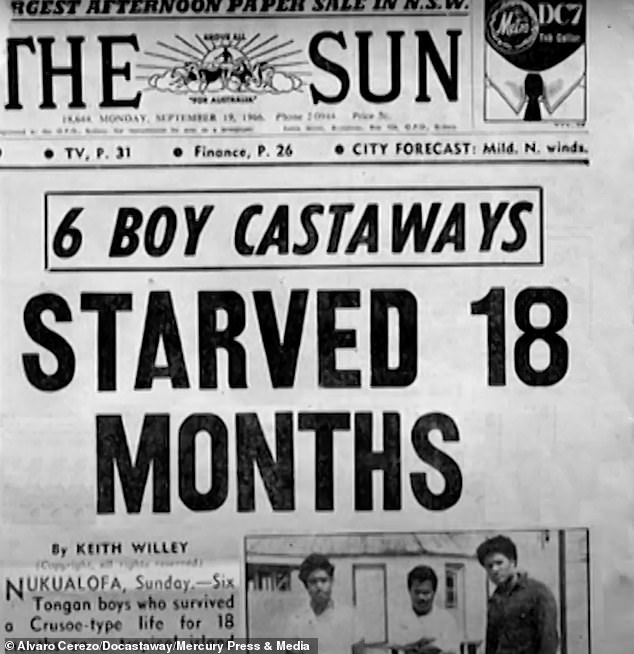 But the inhabitants of the tiny and remote island were kidnapped by slave traders in June 1863, and taken to Peru against their will, with Ata left empty ever since.

In 1965, the boys, who all attended a prestigious boarding school in Nuku’alofa’, Tonga’s capital, launched their fateful expedition because they didn’t like their school dinners, but soon were caught in a storm.

After eight or nine days drifting at sea, they washed onto Ata’s shores, spending the first three months drinking seabird’s egg’s yolks on the beach to survive before braving the climb up the island’s steep cliffs when they realised no boat was coming to rescue them.

On the plateau above, they discovered signs of the civilisation which had been there before – a plantation which they weeded and maintained, banana and coconut trees, and chickens.

The boys – Sione, Stephen, Kolo, David, Luke and Mano, all aged between 13 and 16 – lived in peace on the island for more than a year, playing games, making musical instruments and devising exercises to keep themselves fit.

In the meantime their families eventually gave up searching for them and held funerals, assuming they had been lost at sea.

After 15 months they were spotted and rescued by Peter Warner, an Australian sea captain exploring the waters for a new fishing spot and returned to Tonga, with a film made about their miraculous exploits.

Their story rose to prominence again recently as proof William Golding’s seminal text did not represent the true human condition, and that chaos and darkness would not necessarily prevail.

When Alvaro and Kolo returned to the island in 2015 they lived in the same way as the boys had done – eating fish and seabirds and getting their daily liquid from coconuts and rainwater which they collected in the holes of trees.

Alvaro spent months negotiating with the Tongan government for permission to make the trip and several thousand dollars finding a fisherman brave enough to drop them on the island’s treacherously rocky coast, where many seafarers’ lives had already been lost. 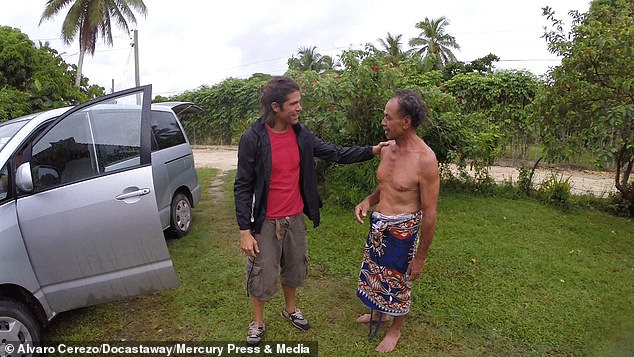 But he considered abandoning the plan many times due to his childhood hero’s declining health, which already meant some days he struggled to walk.

All the pair brought with them on their journey was one tent, Kolo’s medicines and other first aid supplies, and a few gallons of water which they left at the entrance to the island.

Kolo’s health remained intact during the trip, with him only becoming weak due to his health problems a few times, at which points Alvaro tended to him from the shelter they had created. 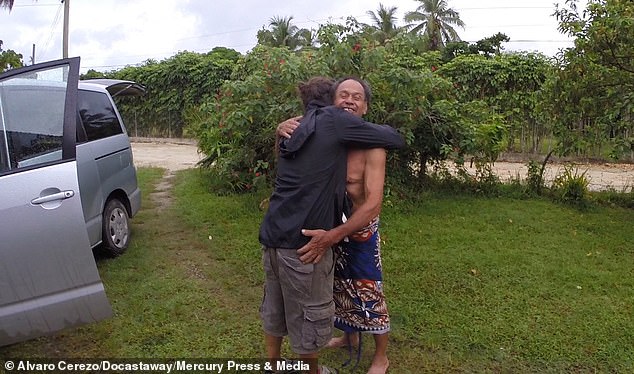 The 37-year-old, who is soon to release a book about the castaways’ 15-month ordeal, said: ‘When we returned, Kolo and I made a guitar from driftwood the same way he did in 1965, and played the same songs he composed on the island, about where the boys were, and whether they would ever see their families again.

‘There are so many comparisons that can be made between the boys’ story and Lord of the Flies.

‘In my opinion, the bitterness which prevailed in the novel could easily have happened in real life.

‘I know a dozen other true castaway stories where people killed each other for a sip of water.

‘But the castaways of Ata had an amazing relationship, because they never had a shortage of food, water or space to separate from each other when needed.’

Alvaro’s company Docastaway abandons brave holidaymakers on far-flung desert islands to survive alone for days or weeks at a time.

But he said he will never offer Ata as a place for his clients to experience, because he wants to keep it untouched.

Alvaro said: ‘Kolo asked me why I was investing so much in fulfilling his dream.

‘He told me I was wasting my time, as he would never recover, and told me to abandon the plan.

‘But what he didn’t realise was that his dream was also mine.

‘For me, the idea of being with one of the last real castaways alive, on his own desert island, was unbeatable, something I would never have the chance to do again.

‘I have been the biggest lover of castaway stories since I was a kid, and my trip to Ata with Kolo became the most beautiful adventure of my life.

‘Ata was one of the most amazing desert islands I have ever survived on, despite its dangerous and inhospitable conditions, for me it was a real paradise.’