How To Wash Your Weighted Blanket

The outgoing chief inspector of prisons for England and Wales has today blasted the ‘dangerous’ practice of locking prisoners in their cells for 23 hours a day due to coronavirus.

Peter Clarke says the strategy – aimed to help stop the spread of Covid-19 in prisons – was having an impact on the mental of health of inmates.

He also dismissed claims by The Prisoner Officers’ Association (POA) that the practice was leading to a more stable environment in prisons, saying that the argument was ‘shallow’ and ‘to an extent self-serving’.

Speaking to BBC Newsnight, ahead of a new report which is set to be published today, Mr Clarke, who is due to step down from his £150,000-a-year position at the end of this month, said: ‘We cannot surely have a position where we say that the only way to run a safe and decent prison is to lock prisoners up in conditions that amount to solitary confinement 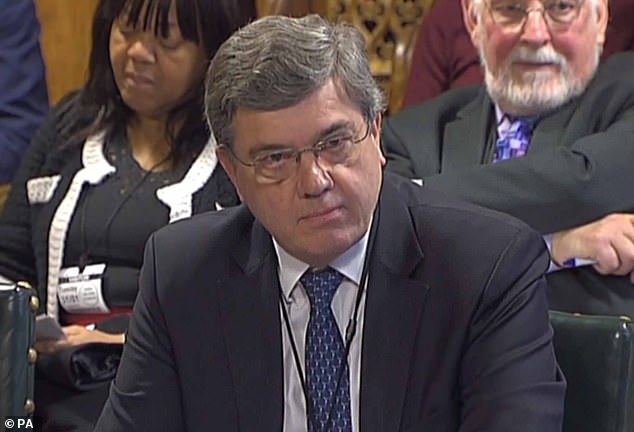 ‘That cannot be right. We as a nation surely cannot say that that is acceptable.’

Responding to the argument of the POA, Mr Clarke added that he believed self-harm was rising in women’s prisons.

Under normal rules, serving inmates who have been sentenced are allowed out of their cells to attend work, education classes, exercise and to social for short periods.

However that has largely changed since lockdown, with most of these activities stopped in an effort to avoid the spread of Covid amongst prisoners.

According to the latest figures, in a report published in June, there had been a total of 44 deaths among HM Prison and Probation Service, more than half of which were prisoners.

Meanwhile, in May, it was revealed 55 prisoners had been released early under emergency measures to prevent the spread of coronavirus in England and Wales jails.

The prison service also said it would offer inmates video calls with relatives during the pandemic after visits were suspended in March.

Also in May – the height of the pandemic in the UK –  a report by Mr Clarke found prisoners with coronavirus symptoms were locked in cells for up to two weeks without being allowed out to shower.

The findings emerged following inspections of conditions in three jails – Wandsworth in south London, Altcourse in Liverpool, and Elmley on the Isle of Sheppey.

Speaking at the time of the report, Mr Clarke said: ‘The vast majority were locked up for nearly the whole day with usually no more than half an hour out of their cells.

‘We found some examples of even greater restrictions.

‘In one prison, a small number of symptomatic prisoners had been isolated in their cells without any opportunity to come out for a shower or exercise for up to 14 days.’

The jail in question, Wandsworth, had made the decision ‘in consultation with Public Health England, and as a result of the lack of space for a protective isolation unit.’ 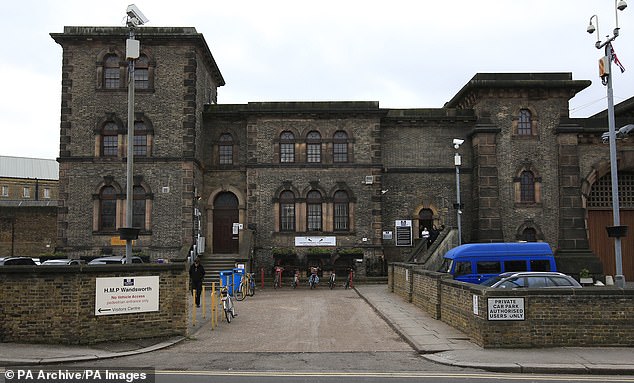 In May, it was revealed 55 prisoners had been released early under emergency measures to prevent the spread of coronavirus in England and Wales jails

In response to Mr Clarke’s latest comments, national chairman of the POA, Mark Fairhurst, said no-one on the front line ‘wished to see prisoners locked in cells for 23 hours a day’.

However he told the BBC that there are currently ’20 outbreak sites’ at the moment and it was their duty of care to ‘keep prisoners safe’.

A Prison Service spokesperson told the BBC: ‘The measures we put in place limited the spread of the virus and saved lives.

‘In line with the latest advice from Public Health England we are gradually easing restrictions, including increasing time out of cells.’

Mr Clarke’s fifth and final report will be laid before Parliament today. Mr Clarke was appointed as HM Chief Inspector of Prisons in 2016. He had previously held various roles in the Metropolitan Police force, whom he joined in 1977.

Charlie Taylor, a former chair of the Youth Justice Board, will succeed Mr Clarke as chief inspector.