The Biden campaign announced Thursday that it has halted travel for Vice Presidential nominee Sen. Kamala Harris after two people who were on a flight with California’s former AG, one of whom is Harris’s communications director, Liz Allen, both tested positive for COVID-19, the Hill reports.

According to Jen O’Malley Dillon, Biden’s campaign manager, neither Allen nor the other individual, identified by the campaign as a “non-staff flight crew member,” were in close contact with Harris or Biden in the 48 hours prior to their positive tests.

“Regardless, out of an abundance of caution and in line with our campaign’s commitment to the highest levels of precaution, we are canceling Senator Harris’s travel through Sunday, October 18th, but she will keep a robust and aggressive schedule of virtual campaign activities to reach voters all across the country during this time,” O’Malley Dillon said. 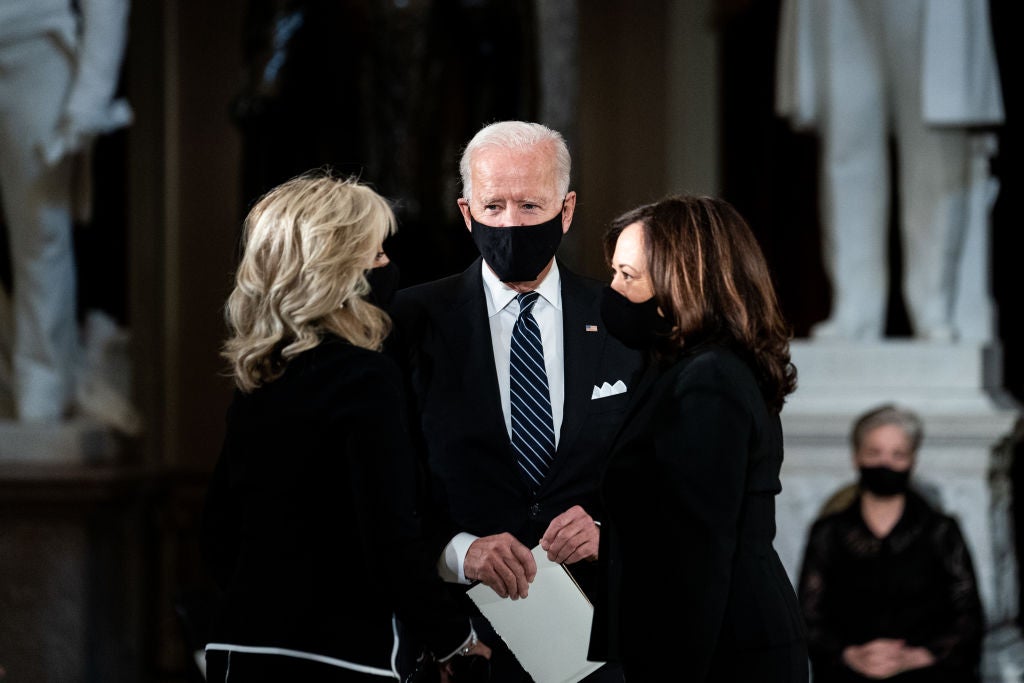 Harris, Allen, and the crew member all wore N95 masks on the flight, the Guardian reports. Additionally, Allen and the crew member “were not within six feet of the vice presidential nominee for more than 15 minutes, [so] they do not meet the US Centers for Disease Control and Prevention’s definition of ‘close contact’…for that reason, Harris does not meet quarantine criteria.”

As ESSENCE previously reported, Harris requested a plexiglass barrier for her first and only debate against Vice President Mike Pence after the Trump administration became a super-spreader administration, with at least 10 people close to the president testing positive for the coronavirus after an event for Supreme Court nominee Amy Coney Barrett in the White House Rose Garden.

“They talk about the woman breaking the glass ceiling, and it didn’t work out that way for [Hillary Clinton]…the glass ceiling broke her. There will be a woman that breaks the glass ceiling, it just won’t be Hillary. And you know who else it won’t be? It won’t be Ka-MAH-la. But we worry about her. We’re concerned about her. Two of the people that travel with her—chief of staff and somebody else, in the plane with her all the time—they have been tested positive for COVID-19.

“So, we extend our best wishes, right? Right?, he continued. “Which is more than they did for me, but that’s okay.”

As usual, Trump sits on a throne of lies. On Oct. 2, Harris tweeted, “Doug and I join Joe Biden and Dr. Biden in wishing President Trump and the First Lady a full and speedy recovery. We’re keeping them and the entire Trump family in our thoughts.”

According to the Biden campaign, Harris “will keep a robust and aggressive schedule of virtual campaign activities to reach voters all across the country during this time…[and] will return to in-person campaigning on Monday, October 19th.”

Click here to read the full statement from the Biden campaign.